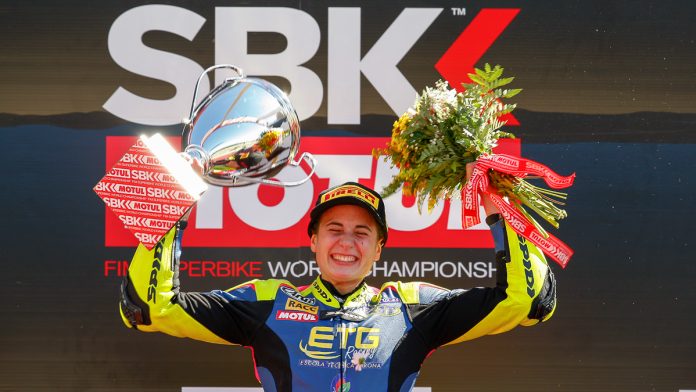 The 20 year old Spaniard was locked in battle throughout the race but was able to pull off a stunning win at the very last corner and finish straight where she crossed the chequered flag first.

Currently, Italian Alfonso Coppola (SK Racing) still sits on top with only a single point separating him and the runner up, Marc Garcia (Halcourier Racing). 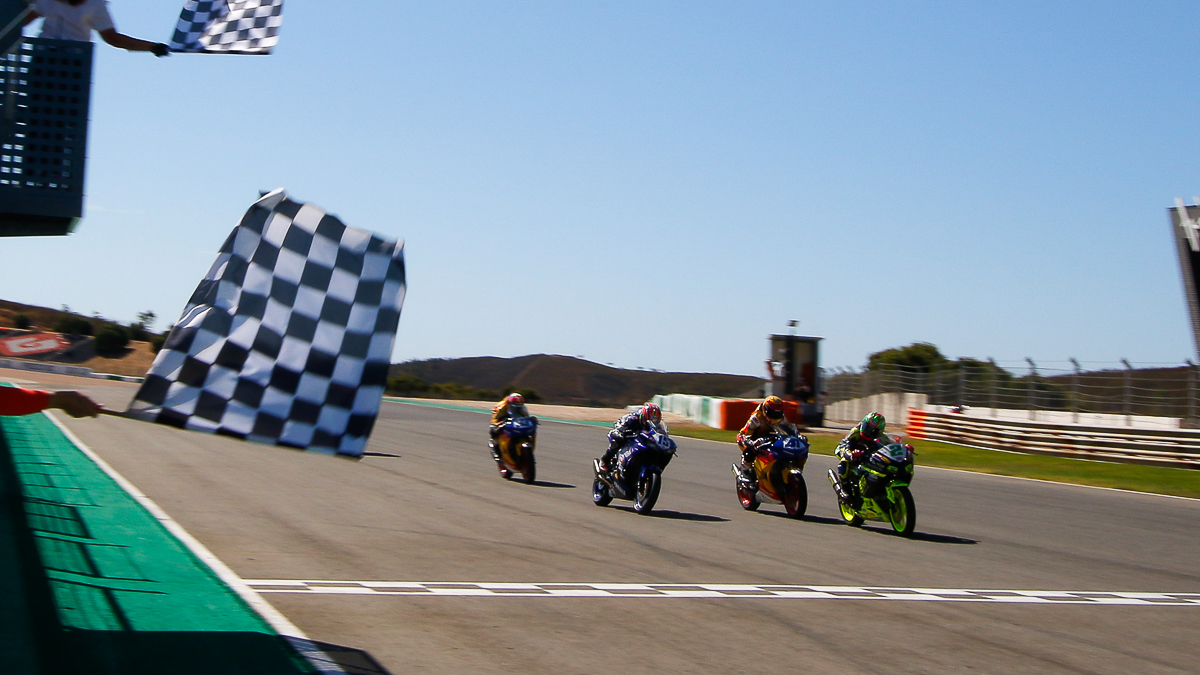 The WorldSBK round last weekend held at the iconic Autódromo Internacional do Algarve in Portugal saw quite a few historic moments. One of the most memorable events has to be the photo finish at the end of the WorldSSP300 race where 20 year old Spaniard Ana Carrasco crossed the chequered flag in first place. Carrasco became the first woman ever to win a World Championship motorcycle race in history.

Riding her Kawasaki Ninja 300 built by ETG Racing, it was an incredible 11-lap race in the FIM Supersport 300 World Championship. Starting from P3, the 20 year old hailing from Spain gave her best fight throughout the entire race where she maintained in the top three positions with Alfonso Coppola (SK Racing) and Marc Garcia (Halcourier Racing) who both piloted the Yamaha YZF-R3. 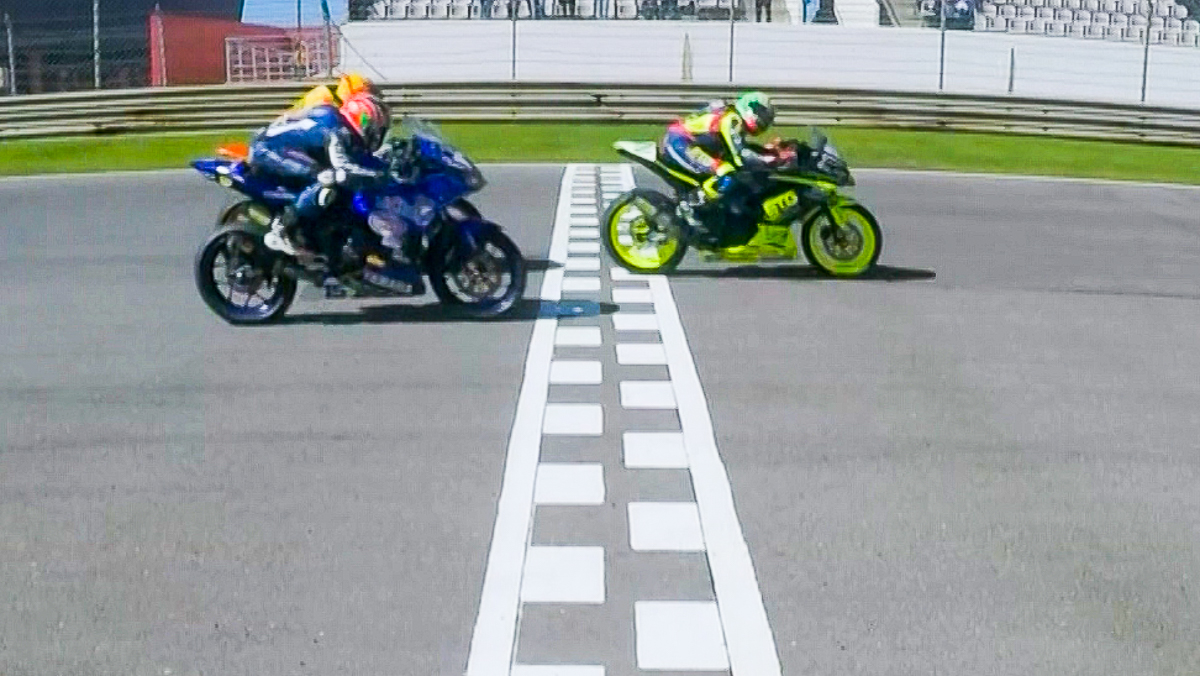 It was at the very final corner where Carrasco gained some massive corner exit speed plus some much needed slipstream that slingshot the 20 year old Spaniard to her first ever victory. Coppola and Garcia were only 0.053 seconds and 0.062 seconds behind the race winner. Yesterday’s win marked the first time ever a female rider has won a major world championship motorcycle race. 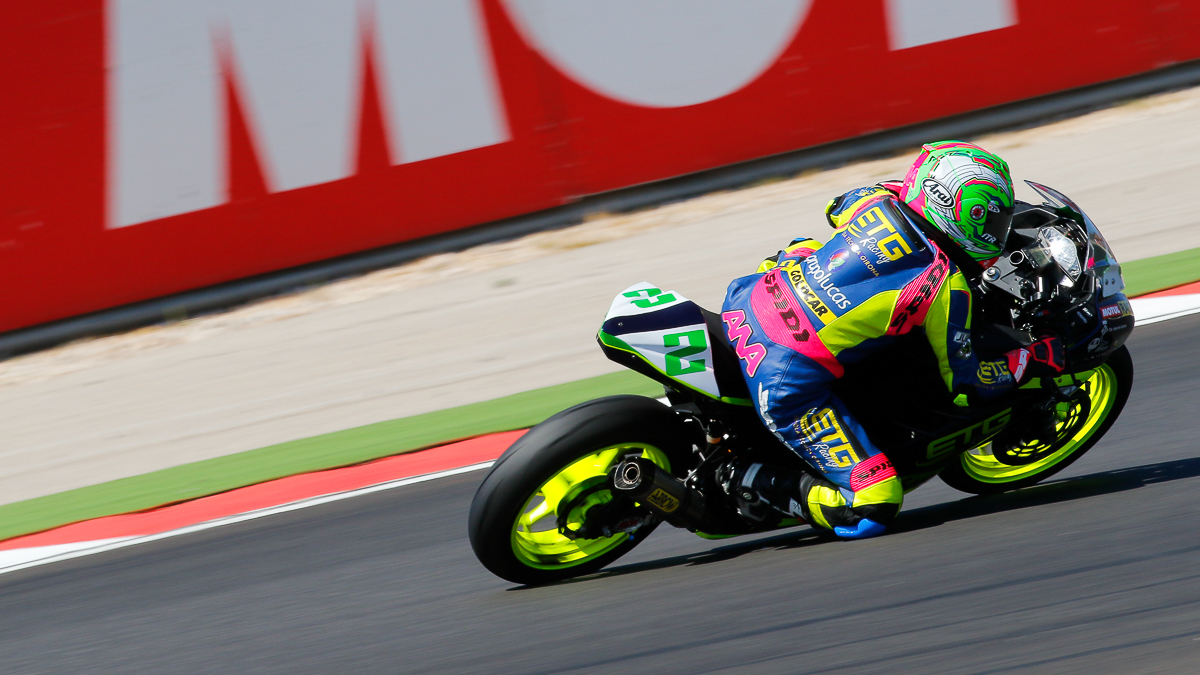 Carrasco became the fifth winner of the 2017 WorldSSP300 season and yesterday’s win has put her in the fifth overall championship standing. Currently, Italian Alfonso Coppola still sits on top with only a single point separating him and the runner up, Marc Garcia. Pay attention to this lot, ladies and gentlemen. They will battle it out until the very end of the season. 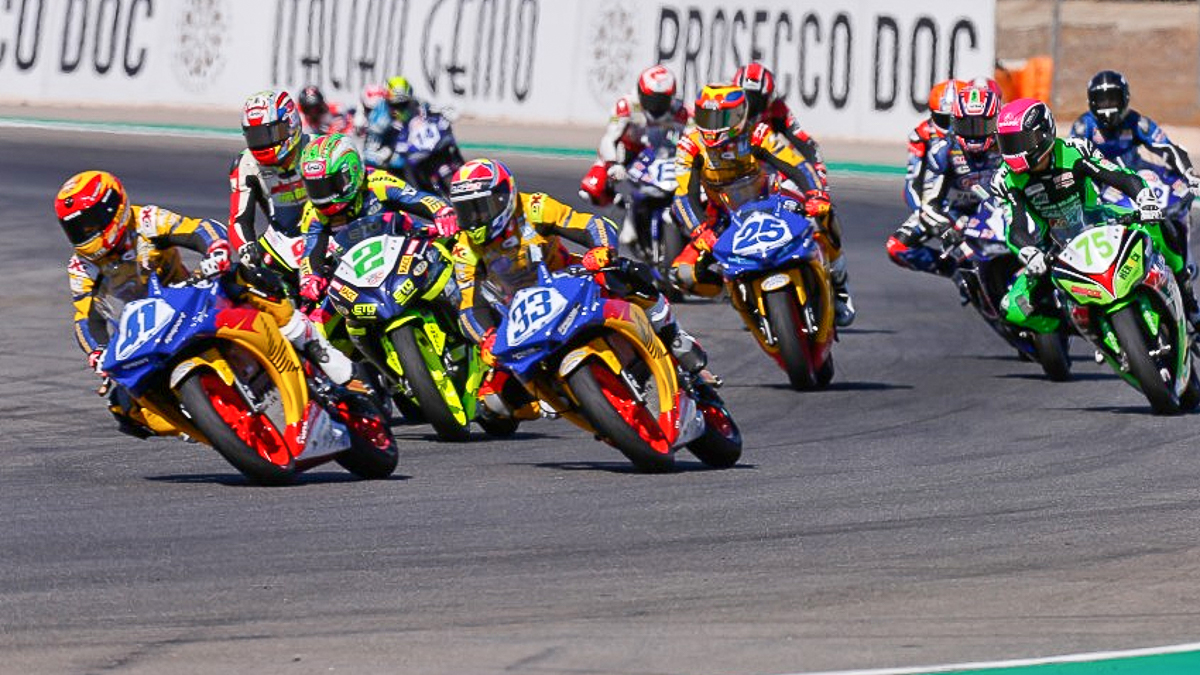