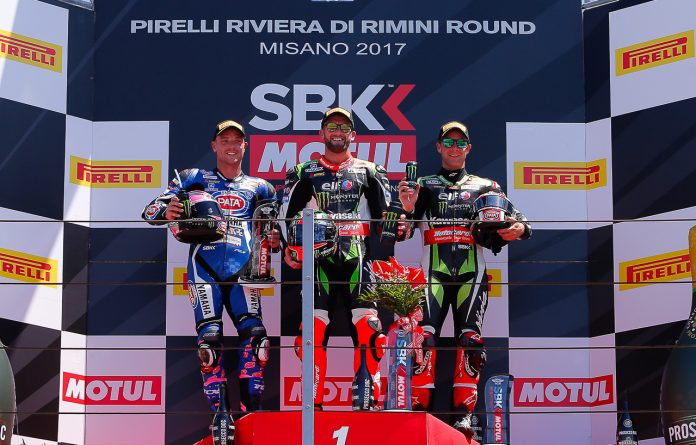 All three front runners who are Chaz Davies (Aruba.it Racing – Ducati), Jonathan Rea (Kawasaki Racing Team) and Marco Melandri crashed out in the final lap of the race. 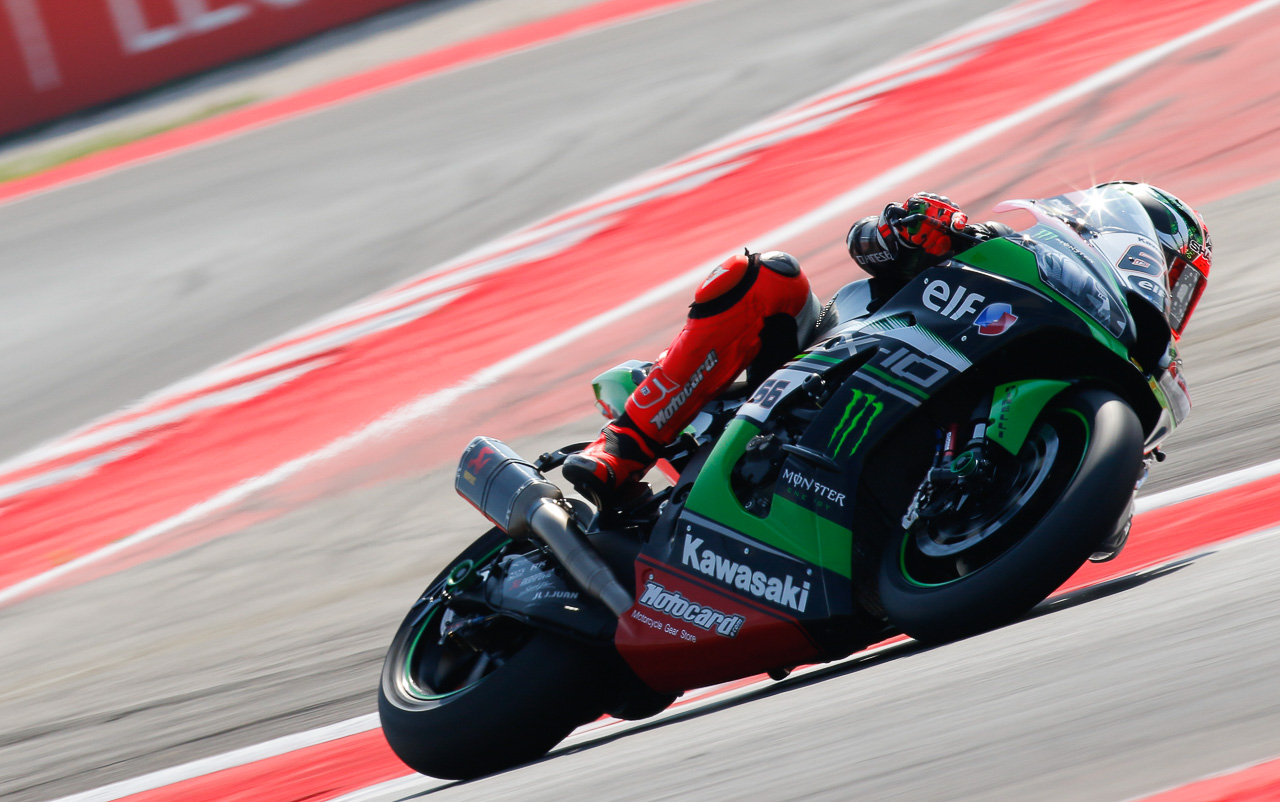 It was an epic win for Kawasaki Racing Team rider Tom Sykes who miraculously crossed the finished line in first place during the first race of the Pirelli Riviera Di Rimini Round held at the Misano World Circuit “Marco Simoncelli”. It was an amazing win considering that he was in fourth at the beginning of the final lap with a significant gap between Jonathan Rea (Kawasaki Racing Team), Chaz Davies and his Aruba.it Racing Ducati team mate, Marco Melandri. 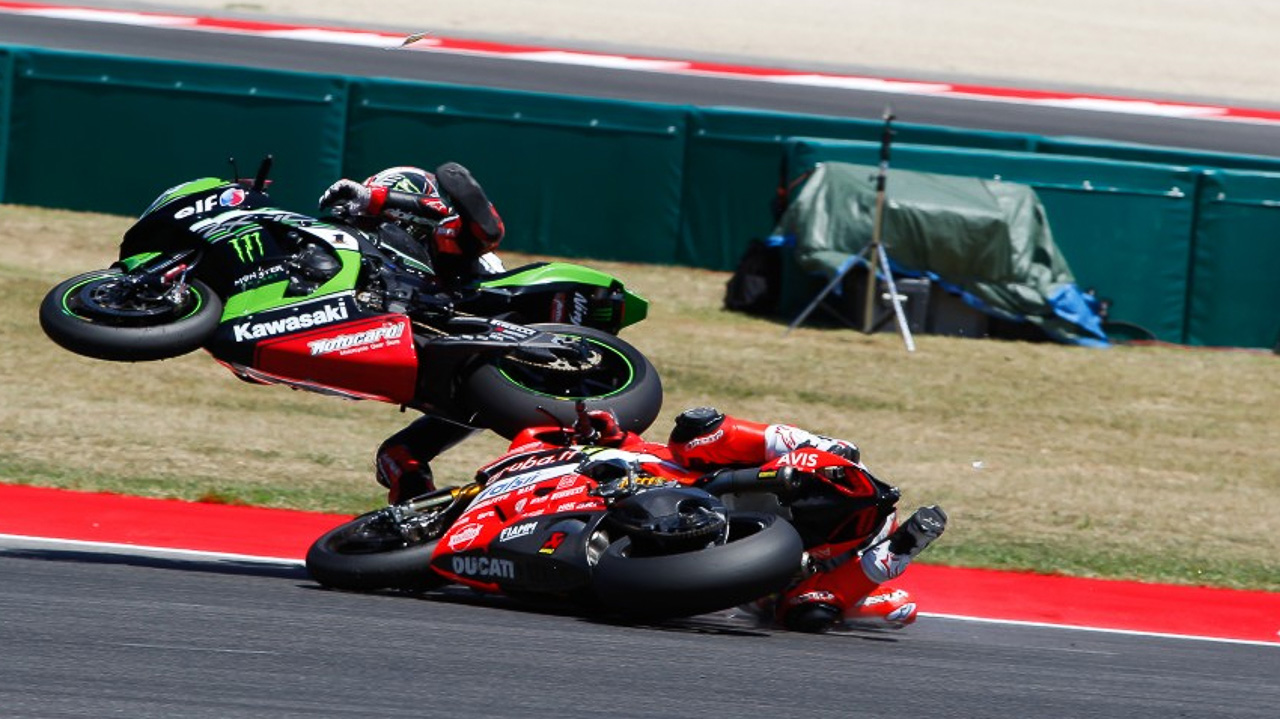 Unreal! The top three crash on the final lap and Tom Sykes 66 goes from seven seconds back to the very top of the podium in #RiminiWorldSBK Race 1!

The final lap looked to be set with Davies, Rea and Melandri all finishing on the podium but the Pirelli Riviera Di Rimini Round held at the Misano World Circuit “Marco Simoncelli” had other plans for the trio. Halfway through the final lap, Marco Melandri somehow lost the front end of his Ducati 1199 Panigale R which dropped him out of the podium contention. He managed to pick up his bike to cross the line in P15. 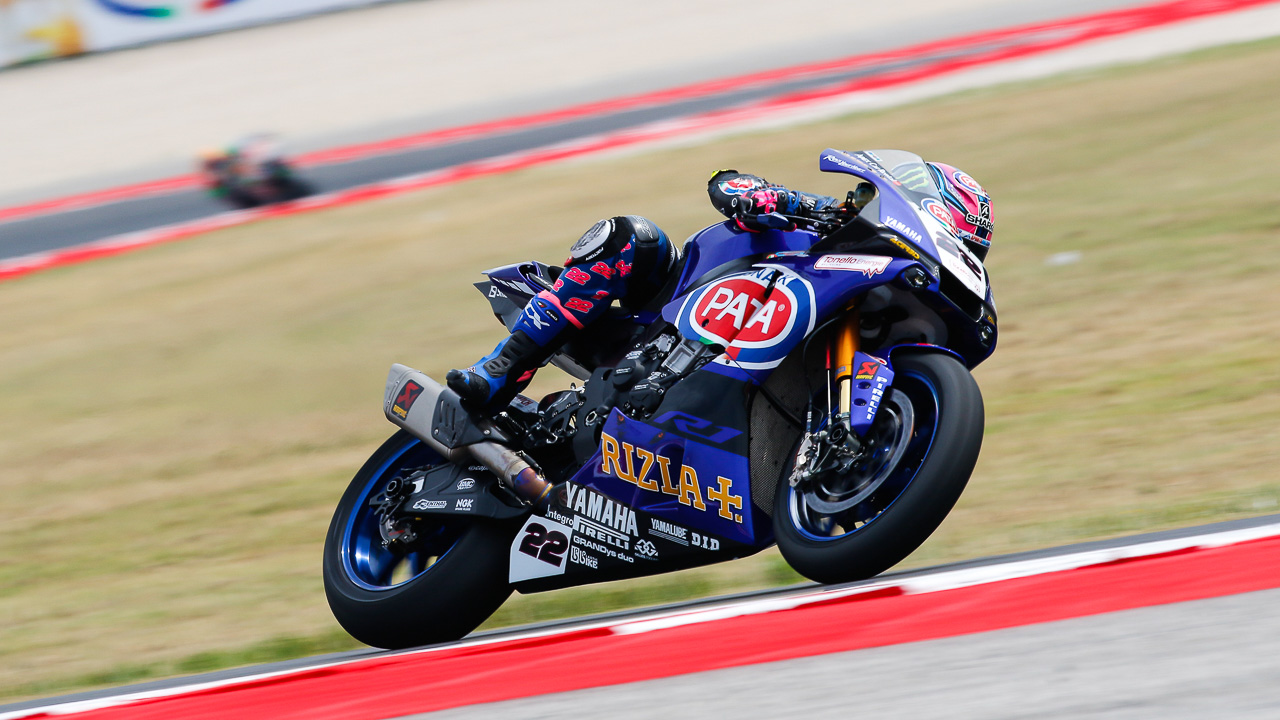 The battle at the front between Rea and Davies was put to a stop when Davies who was in the lead suffered a low side which took out Jonathan Rea as well without having enough time or space to avoid the fallen Ducati rider. While they were busy with the final lap drama, Sykes and Alex Lowes (Pata Yamaha Official WorldSBK Team) passed them with an easy finish in first and second. 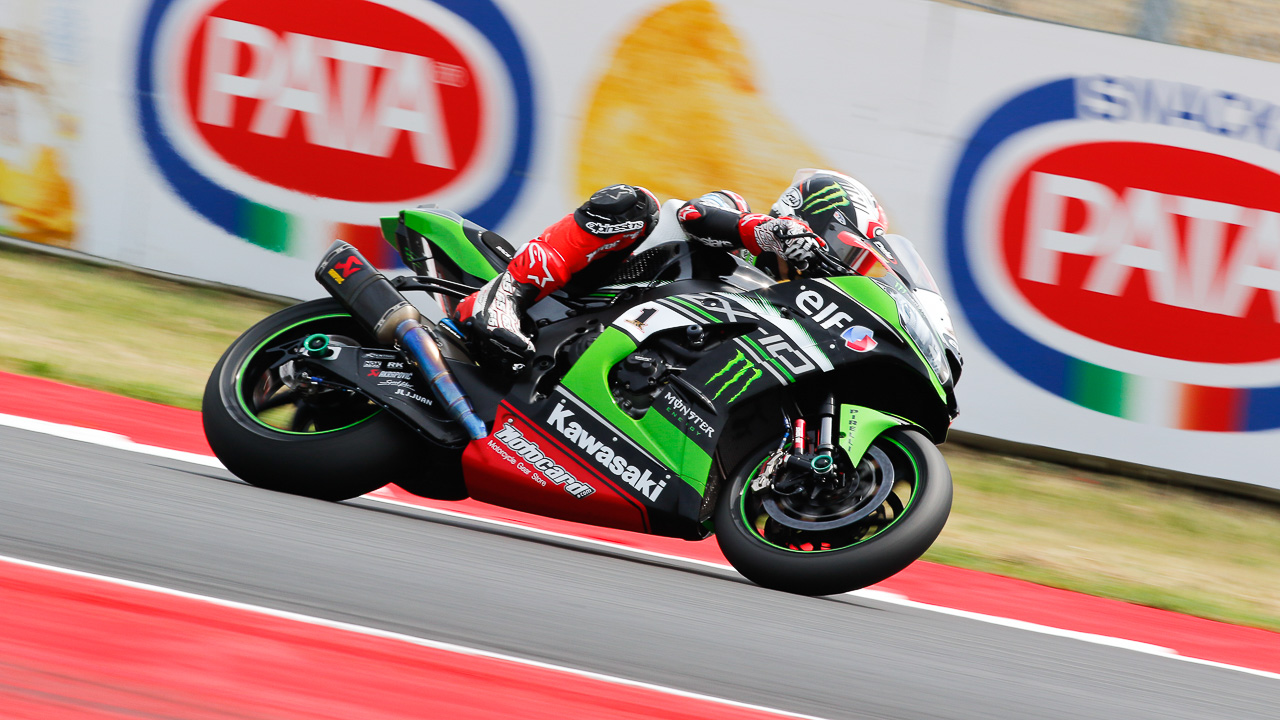 Rea however managed to get back on his Kawasaki Ninja ZX-10RR and salvaged the final podium spot while Chaz Davies was sadly taken out on a stretcher straight to the medical centre. According the medical official, Davies suffered “a fracture of the transverse process of L3 (3rd lumbar vertebrae), as well as contusion of the left thumb.” 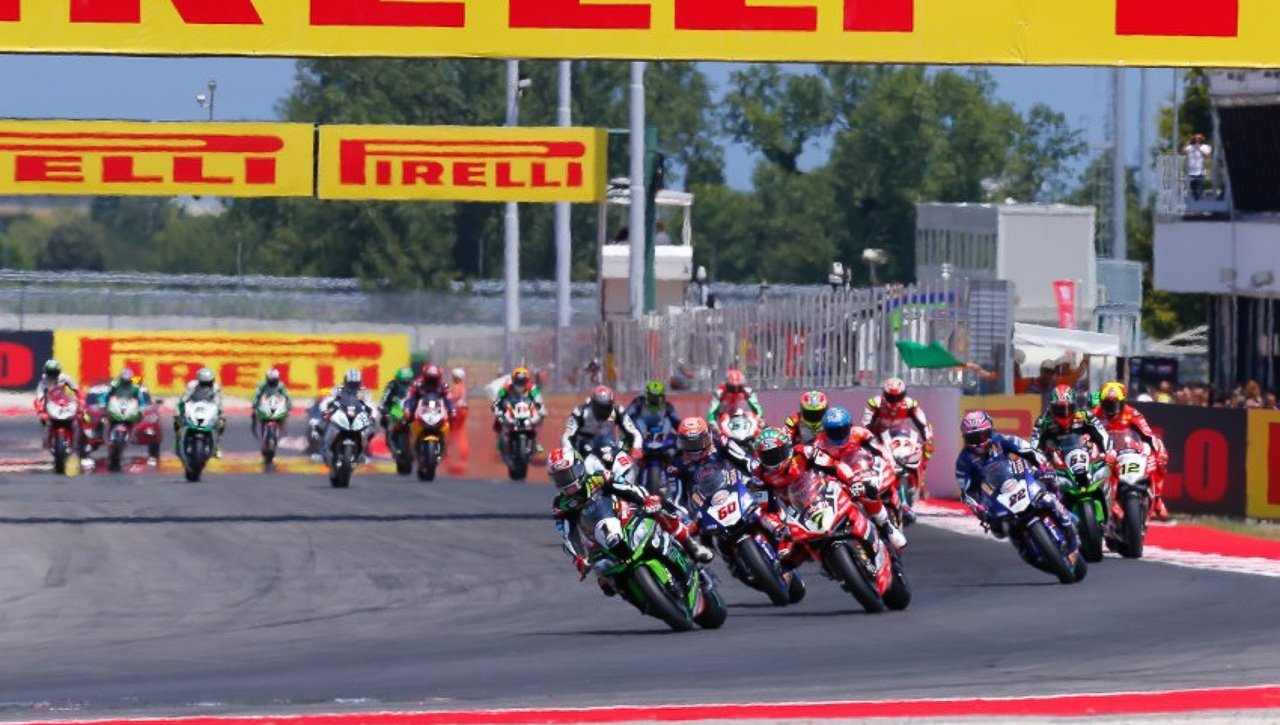 With those injuries it is highly unlikely that the 30 year old Brit will be joining this afternoon’s Race 2 which will begin at 7.00pm local time right after the WorldSSP race at 5.30pm. Stay tuned to Bikes Republic for more WorldSBK updates. 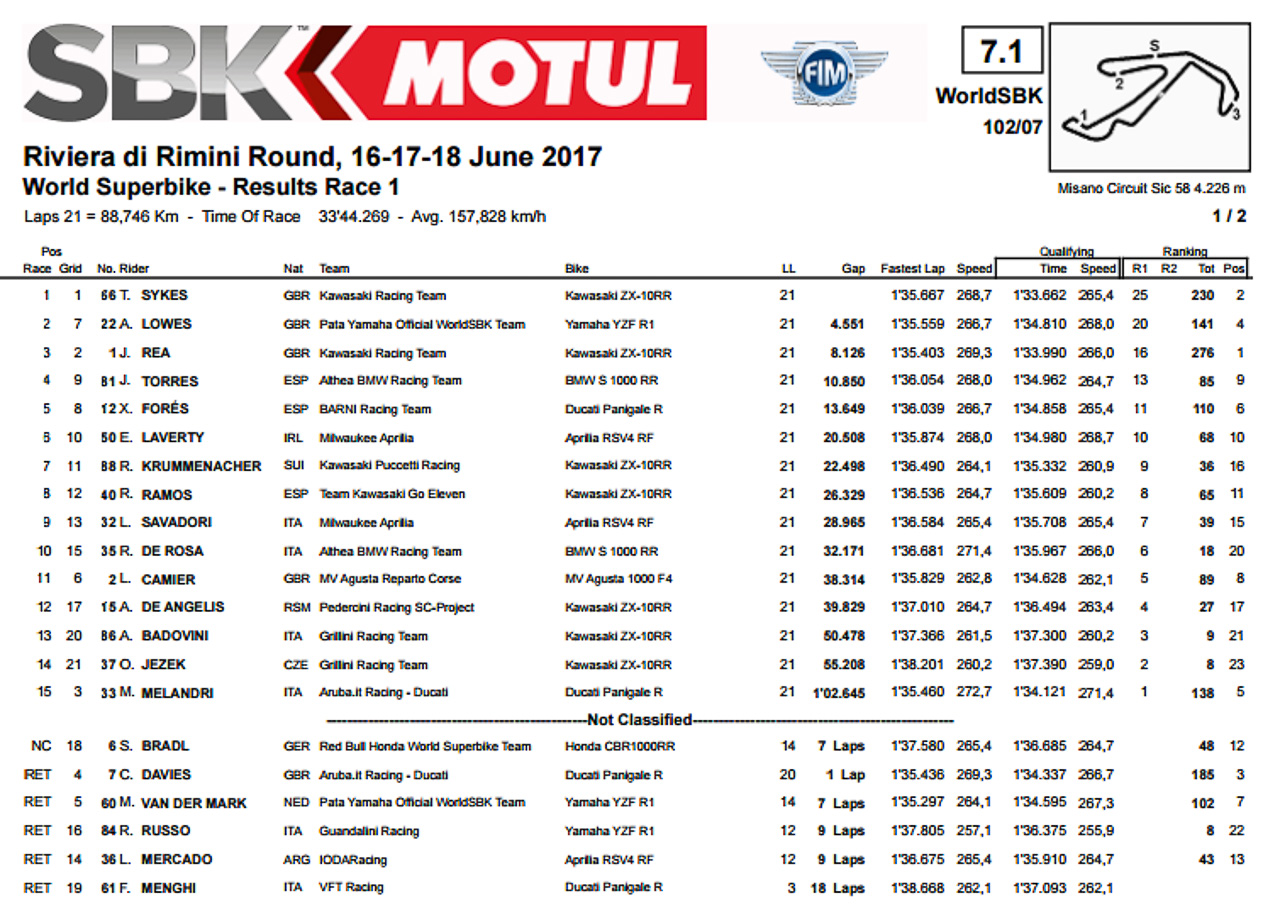