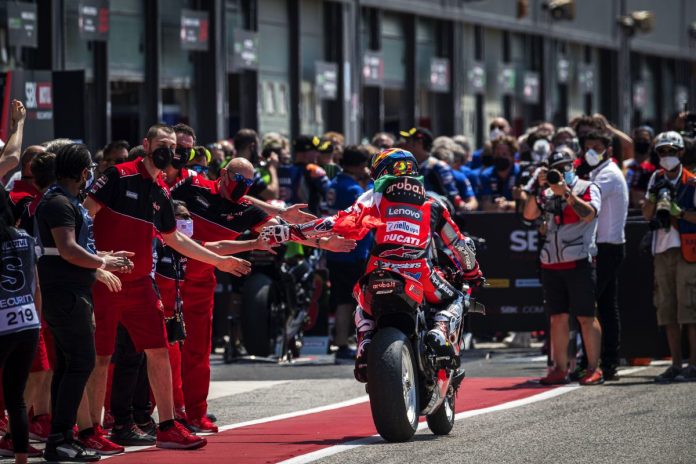 Riding onboard the Panigale V4 R, the Italian rider secured Ducati first win of the season in front of 5,000 fans at Misano. 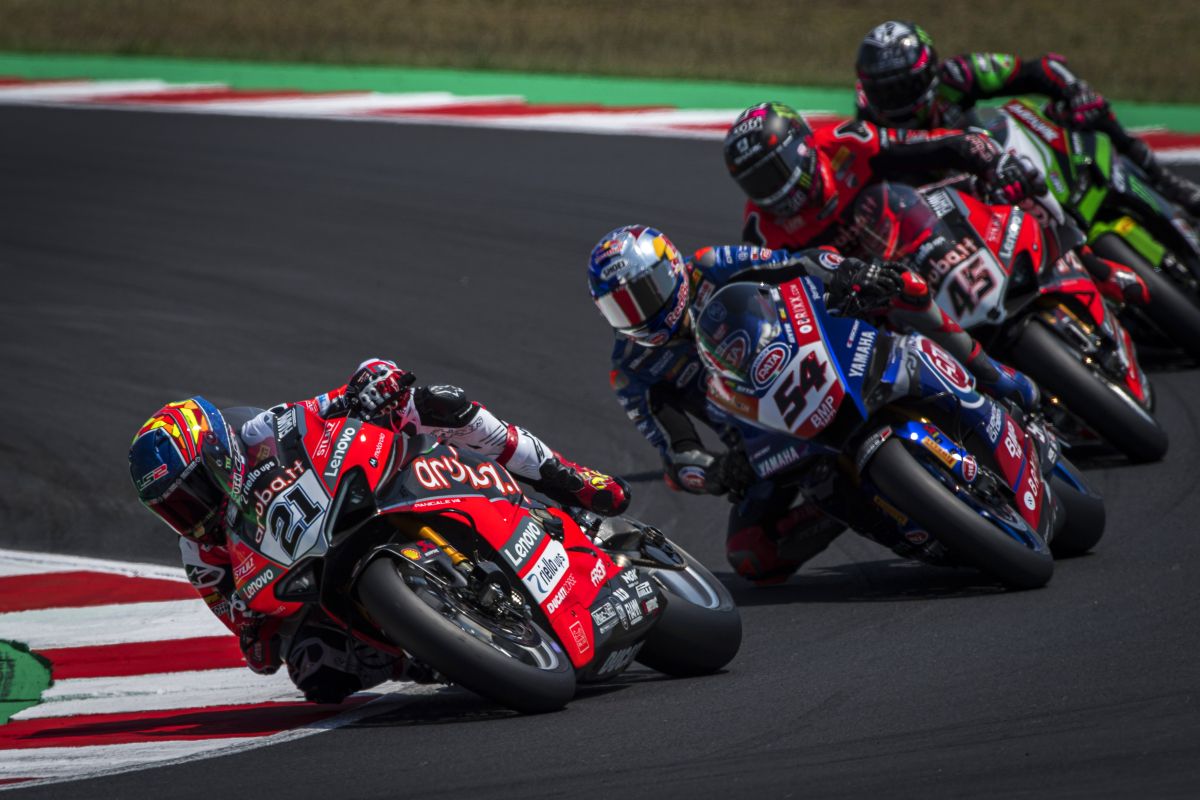 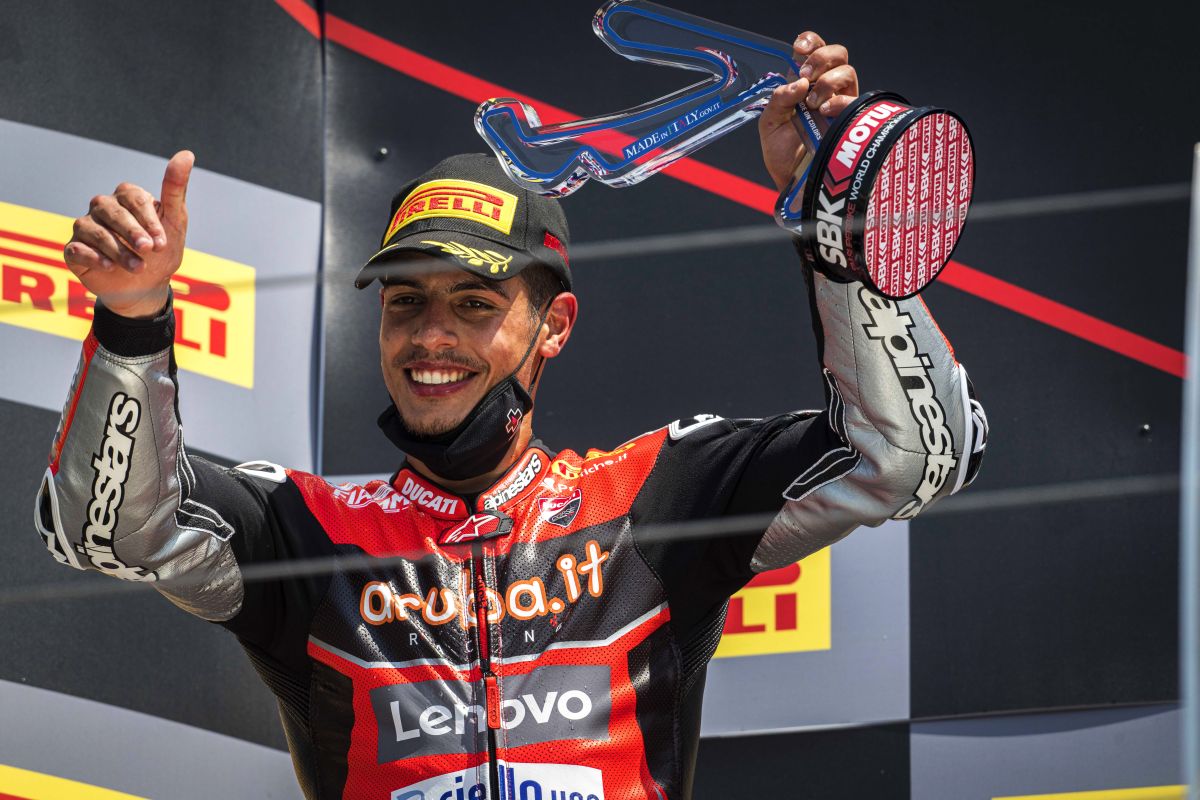 The 25-year old rider then completed a spectacular weekend by placing second in Race 2, this time behind Razgatlioglu. 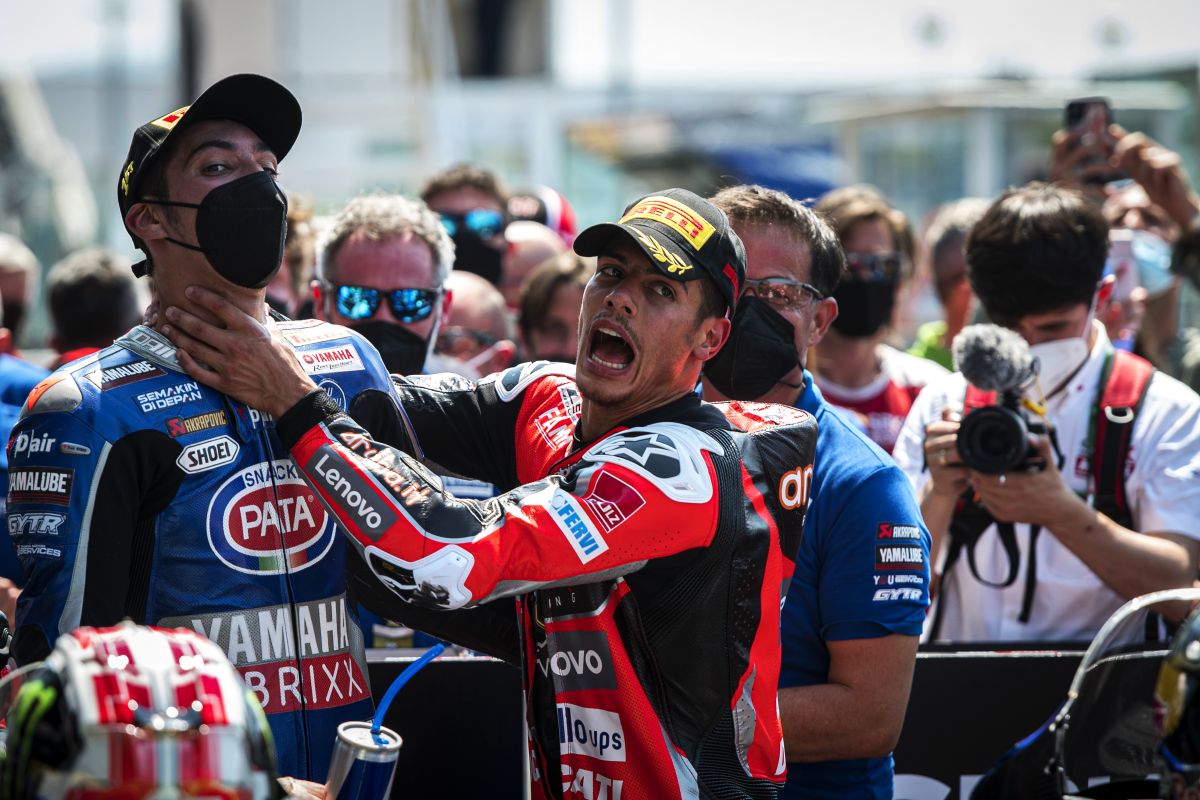 “I am very happy with this weekend: we just missed the icing on the cake. But I must admit that in Race 2 Toprak and the Yamaha were better than us and that’s why I want to congratulate them.

“I gave my best trying to chase the victory, but in the last laps, I took a high risk and then I decided to bring home this very important second place. It’s a very important step forward,” said Rinaldi.

Fellow ARUBA.IT Ducati rider, Scott Redding, struggled to keep up the pace against his teammate but managed to place 4th in both races. 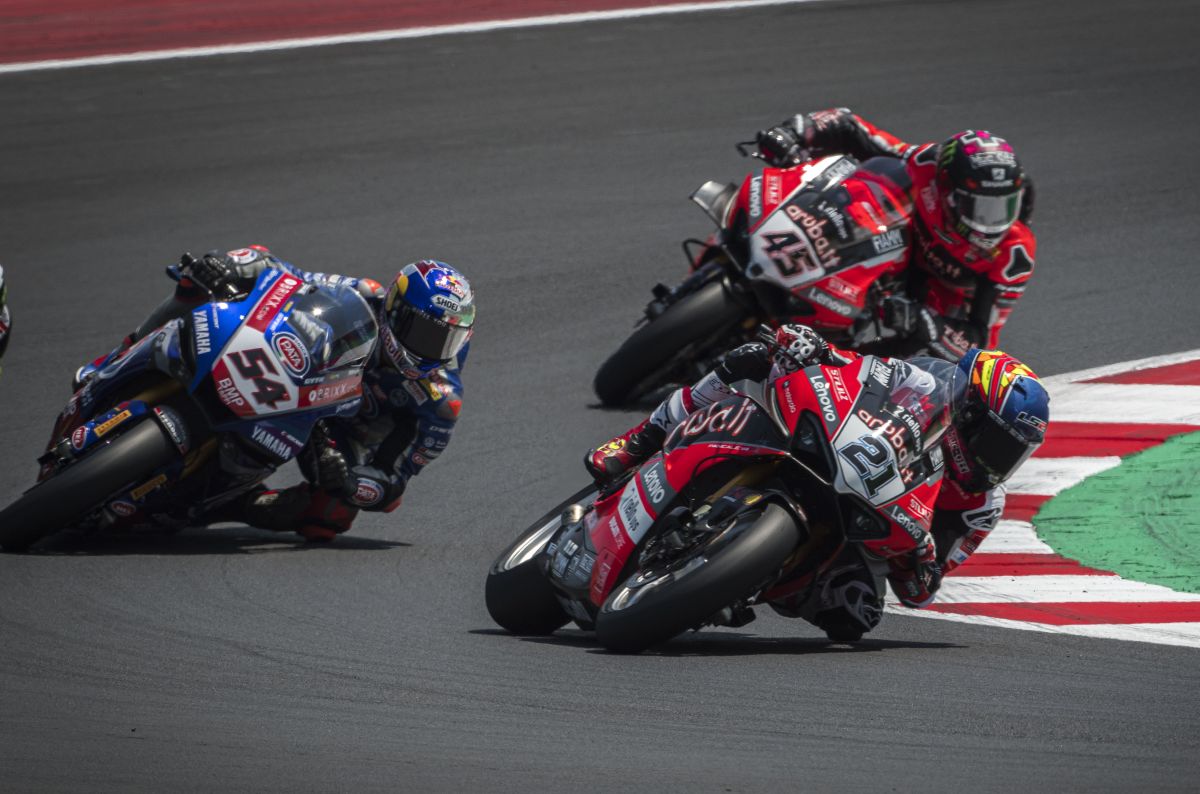 “It was a very difficult weekend for me. Today we were able to improve a little bit the feeling with the bike compared to yesterday, but it was not enough to be able to reach the podium.

“honestly, in the first laps of the Superpole Race, I thought I could fight with Jonny (Rea) in an incisive way, while in Race-2 I felt I had no grip with the front tire. The season, however, is still long and I hope to be much more competitive in Donington,” he said.

Redding will have a chance to redeem himself in the next round at Donington Park in July.