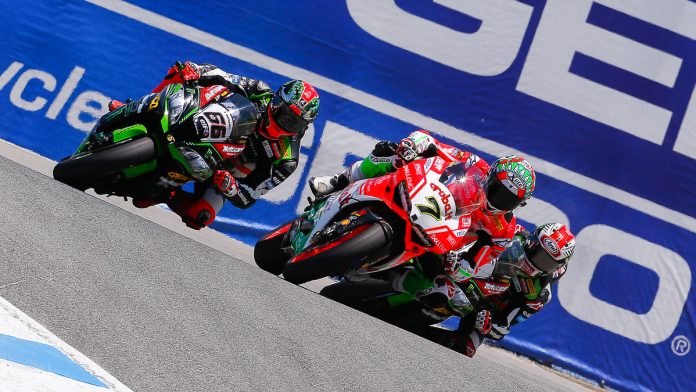 Some folks have been arguing that the latest WorldSBK reverse grid format has not been working out as well as they had hoped it would be.

The plan was to get the podium finishers of Race 1 to start in reverse order from the third row in hopes that they would other riders and teams a fighting chance was doomed from the beginning.

Almost 94% of the podium finishes so far has been filled by Jonathan Rea and Tom Sykes from Kawasaki Racing Team together with Chaz Davies and Marco Melandri from Aruba.it Racing – Ducati. 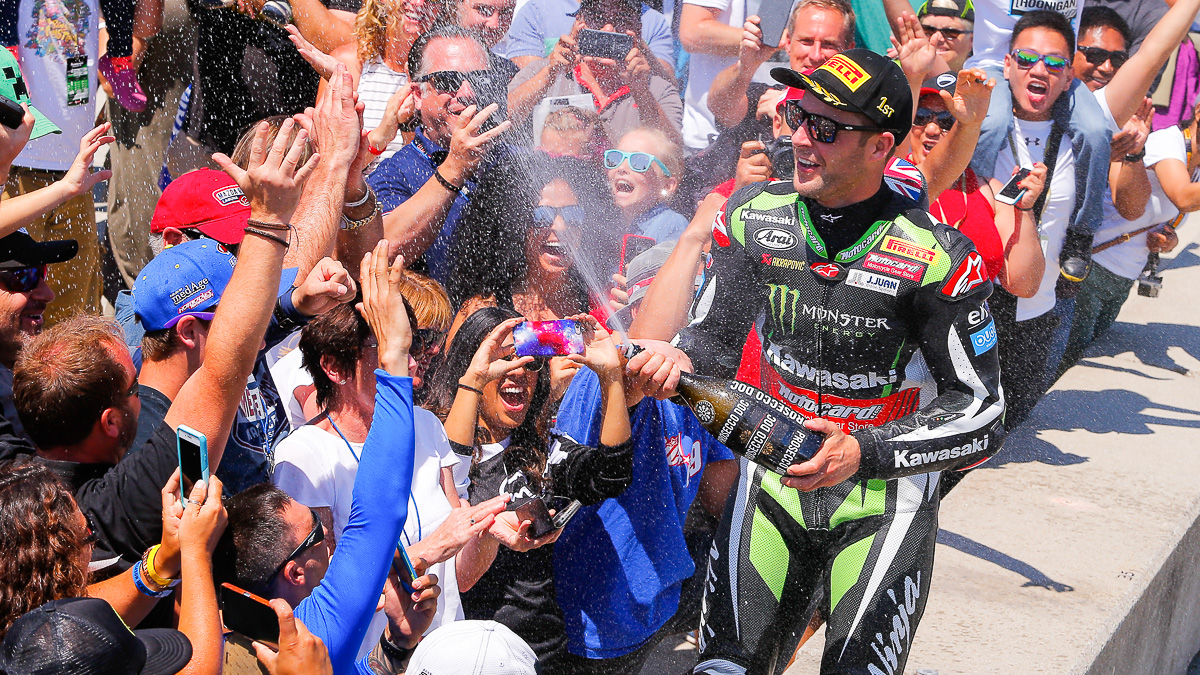 According to a recent report made by MCN, the big guns over at WorldSBK are seriously contemplating on whether to scrap the reverse grid system which was introduced into the race series earlier this year. It seems that the format is not working out as well as they had hoped for.

Those of you who are unfamiliar with the reverse grid format, the top three riders who finished on podium for Race 1 on Saturday will start Sunday’s Race 2 from the third row in reversed order while those who finished Race 1 from fourth to ninth will start from the first and second rows in Race 2. 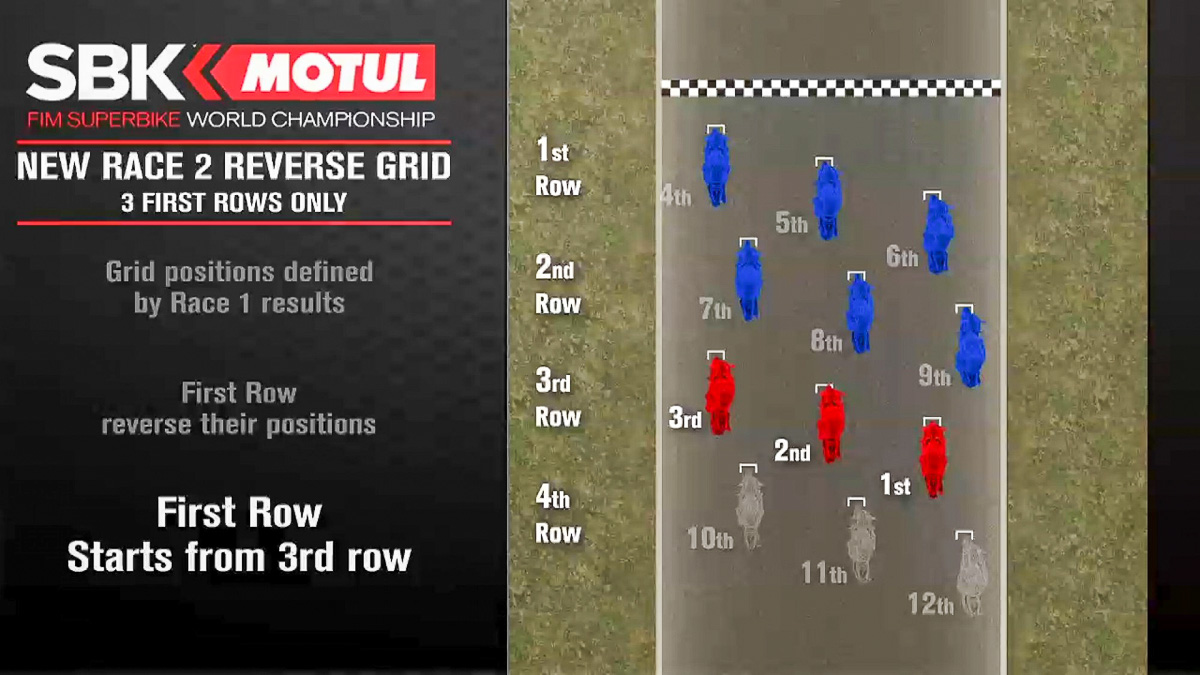 Take for example the last round at Laguna Seca. It was Chaz Davies (Aruba.it Racing – Ducati) who won Race 1 followed by Jonathan Rea and Tom Sykes (Kawasaki Racing Team) in second and third respectively. In Race 2, Davies was placed on the grid in P9, Rea in P8 and Sykes in P7. 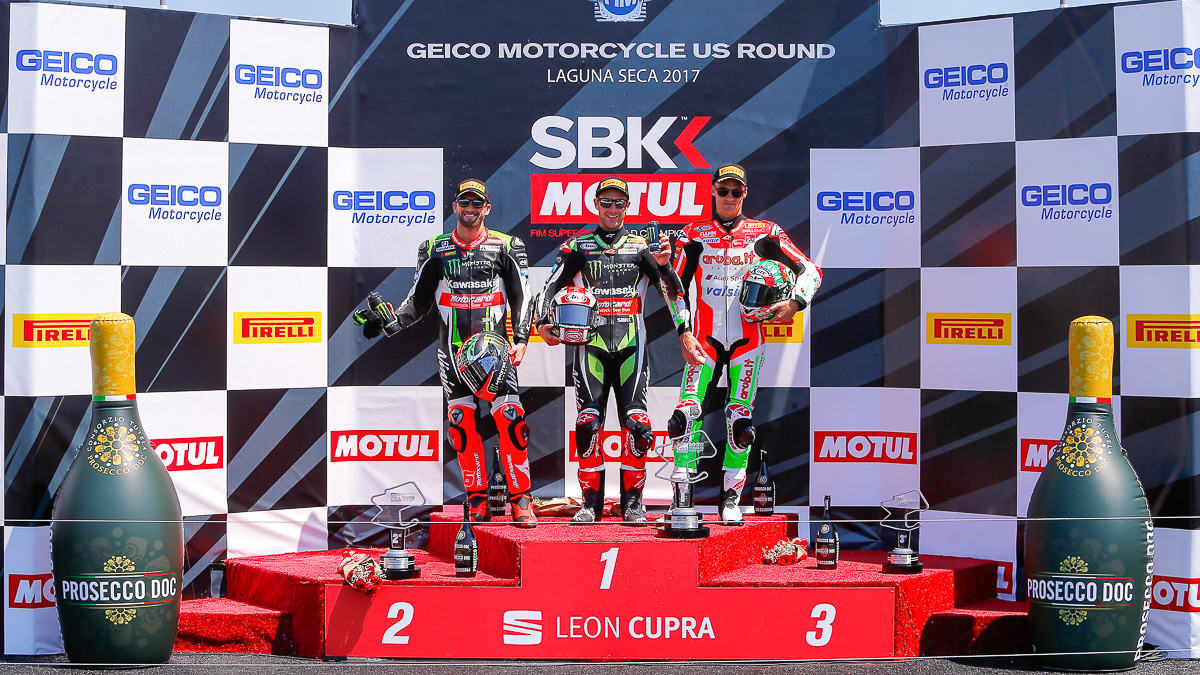 Looking to add a bit more spice and drama into the mix, the folks over at WorldSBK did not foresee that these three great riders would’ve completely dominated the podiums since Round 1 apart from a few other names like Marco Melandri (Aruba.it Racing – Ducati), Alex Lowes (Pata Yamaha Official WorldSBK Team) and Leon Haslam (Kawasaki Puccetti Racing). 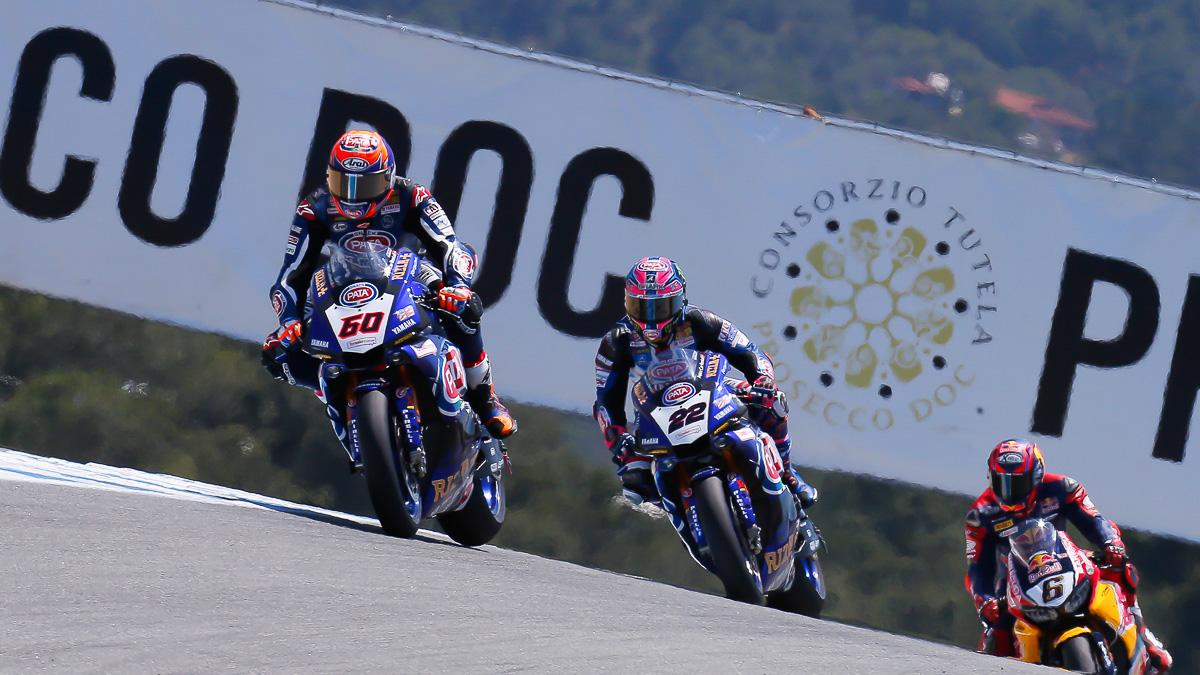 What seemed like a fool-proof plan to give other riders a fighting chance to get on podium went down the drain as the factory Kawasaki and Ducati riders and machines are leaps and bounds ahead compared to the rest of the field. 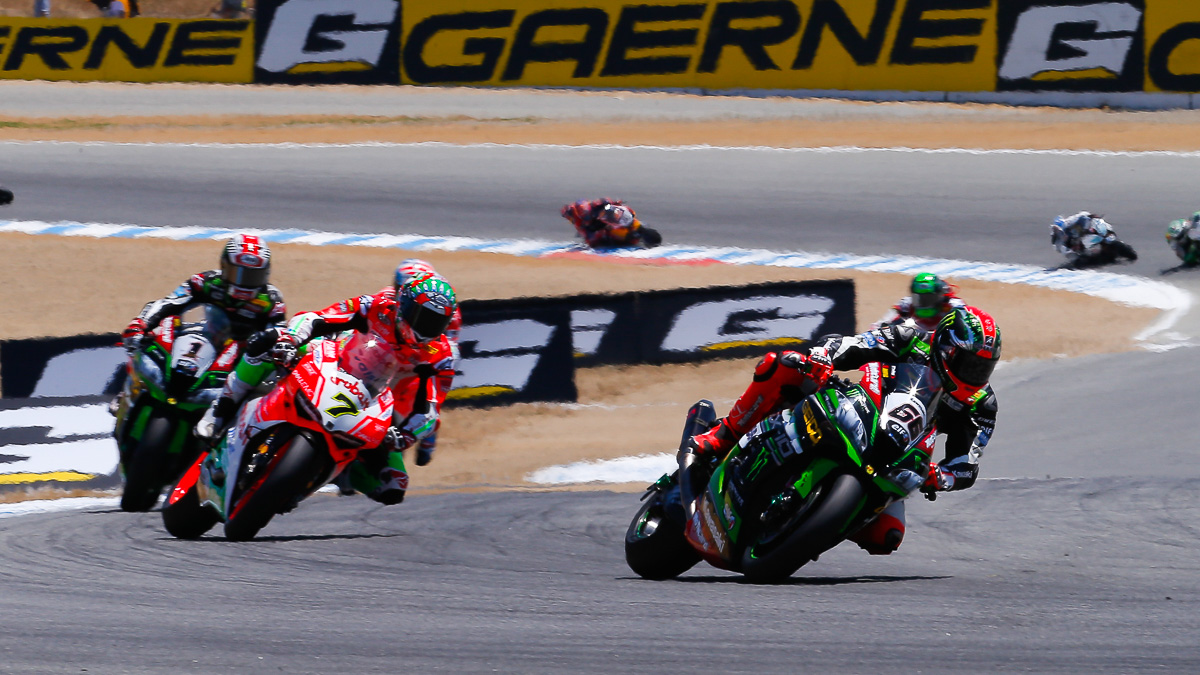 Even though the top riders started from third row, it took them no time at all to get to the front of the pack within the first few opening laps leaving everyone in their smokes. This has be proven by the fact that out of 48 podium spots in the past eight WorldSBK rounds, 45 spots were filled with the Kawasaki Racing Team and Aruba.it Racing – Ducati riders which makes up to almost 94% of total wins this season so far. 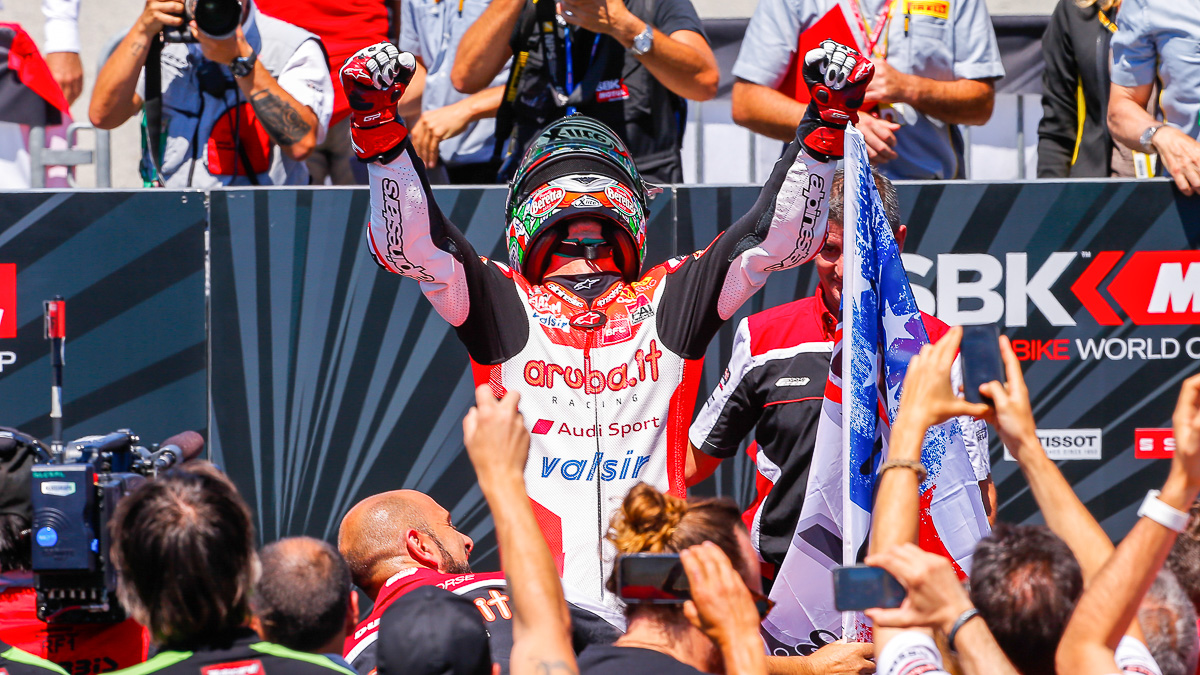 According to Executive Director of WorldSBK Daniel Carrera, “I think we were expecting something else from the grid system. I think we saw an impact in Aragon, Imola and Misano, but in the rest of the races in the first laps the top riders were in front. I think this is because of the gap between the top guys and the rest, if the gap was not that big the system would be providing different scenarios.” 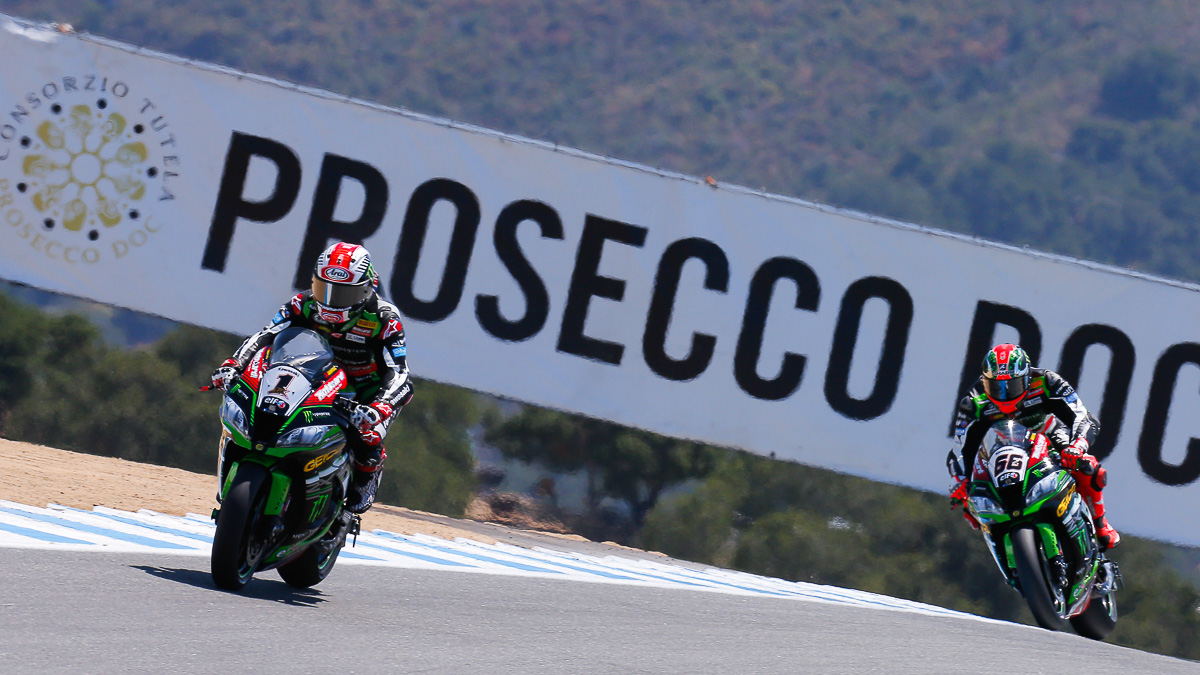 “The target of this system was to offer something different to the opening race and also offer the opportunity for the riders not usually at the front to get better exposure. We will analyse the full effect of the system at the end of the season and we will see if we will continue or not.” 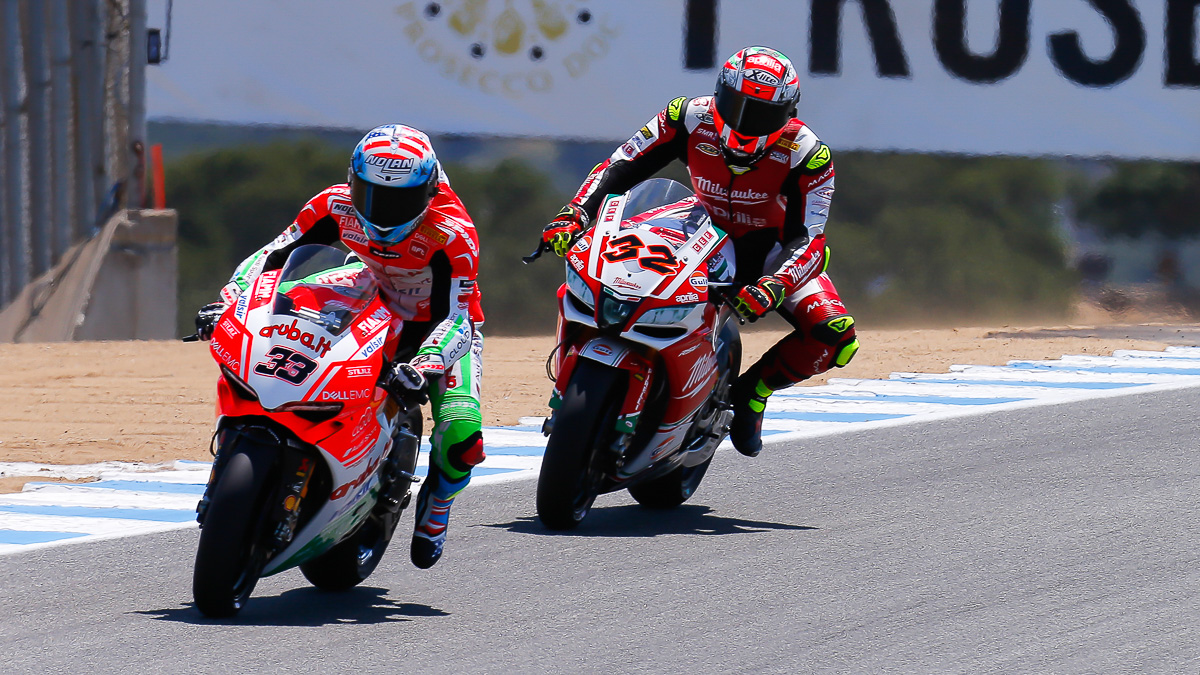 Whatever their plans may be, the better come up with something quick and fair as well as entertaining for all the fans. Not forgetting the sake of riders and teams and also the future of the racing series itself. 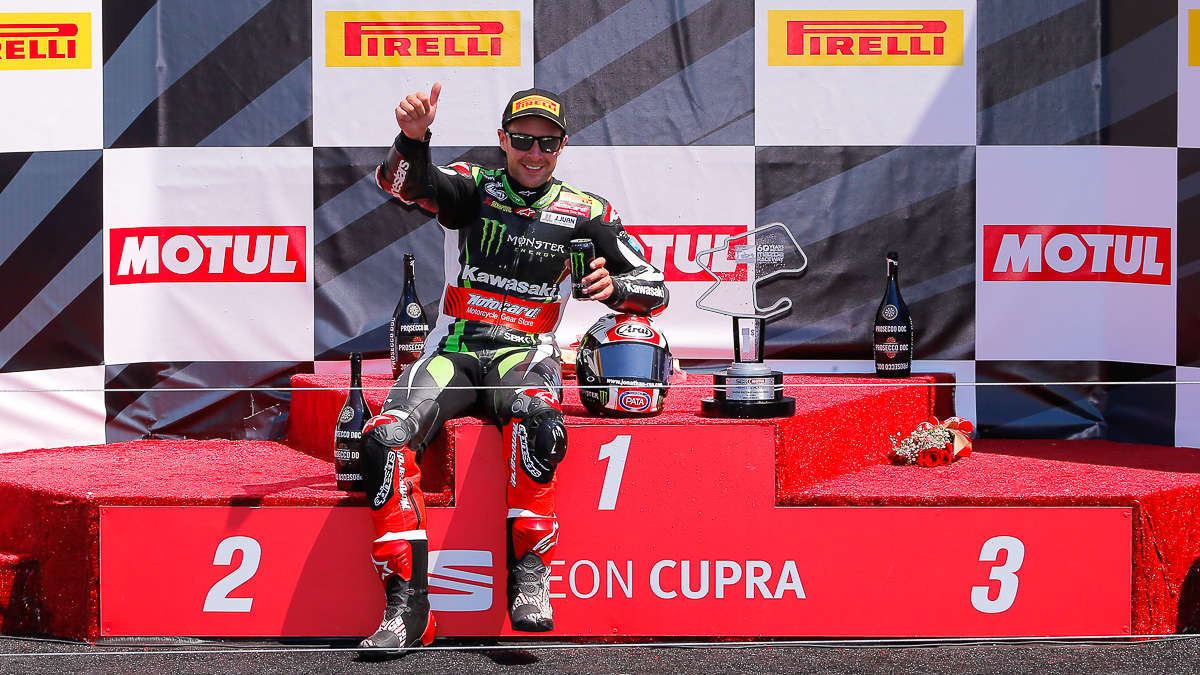