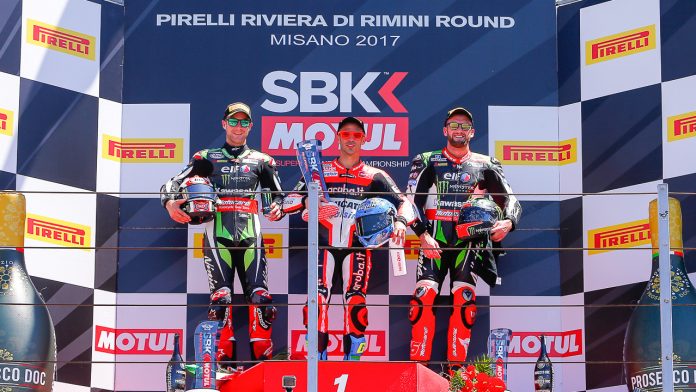 The second WorldSBK race in Misano saw an amazing first race victory for Marco Melandri (Aruba.it Racing – Ducati) since 2014 in front of his home crowd.

Starting from tenth, Melandri picked up his pace to cross the finish line first ahead of Kawasaki riders, Jonathan Rea and Tom Sykes.

Chaz Davies was deemed unfit to compete in Race 2 due to extensive injuries sustained in the unfortunate Race 1 incident between him and Rea while fighting for the win. 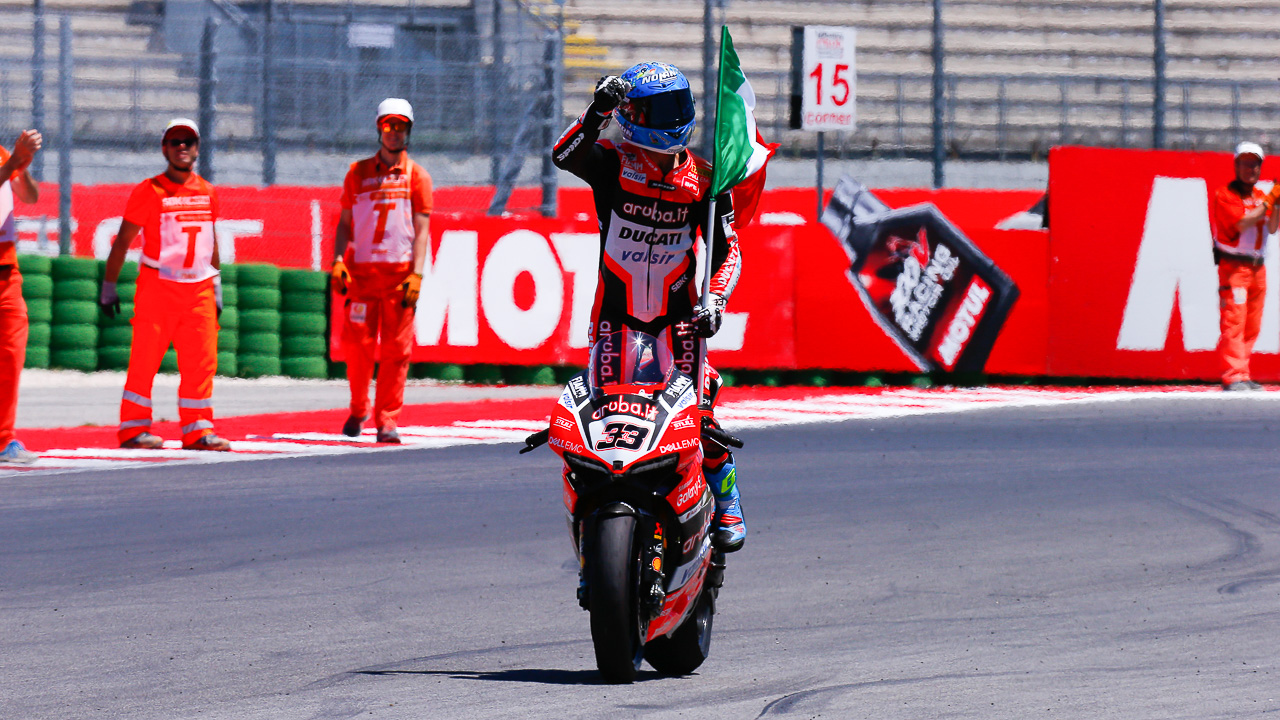 It was a fairytale comeback for the Aruba.it Racing – Ducati rider Marco Melandri as he snatched his first ever WorldSBK victory since 2014. The victory was sweeter due to the fact that it was Melandri’s home race in front of his home fans at the Misano World Circuit “Marco Simoncelli” for the second race of the WorldSBK Pirelli Riviera Di Rimini Round yesterday. 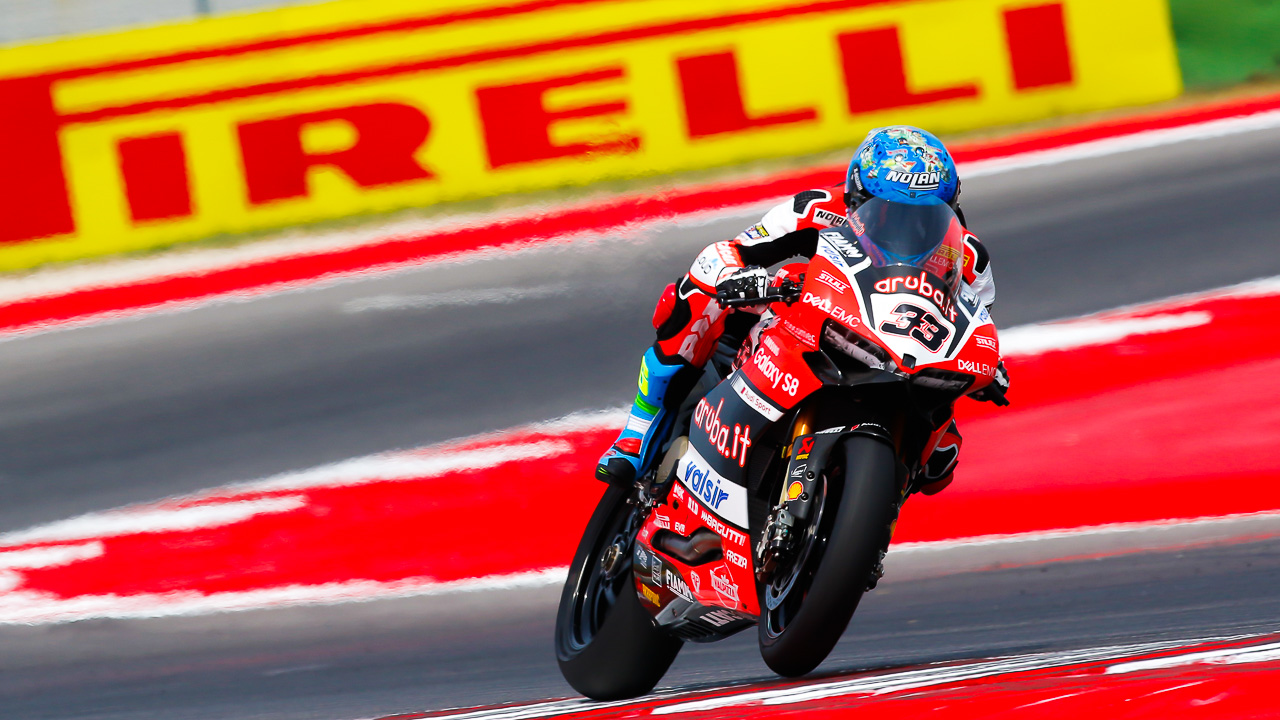 In absence of his team mate Chaz Davies in Race 2 due to the unfortunate collision between him and championship leader Jonathan Rea (Kawasaki Racing Team) in the final lap of Race 1, Melandri gave a stunning performance starting the race from 10th place and crossed the chequered flag ahead of P2 finisher Jonathan Rea by over a second. 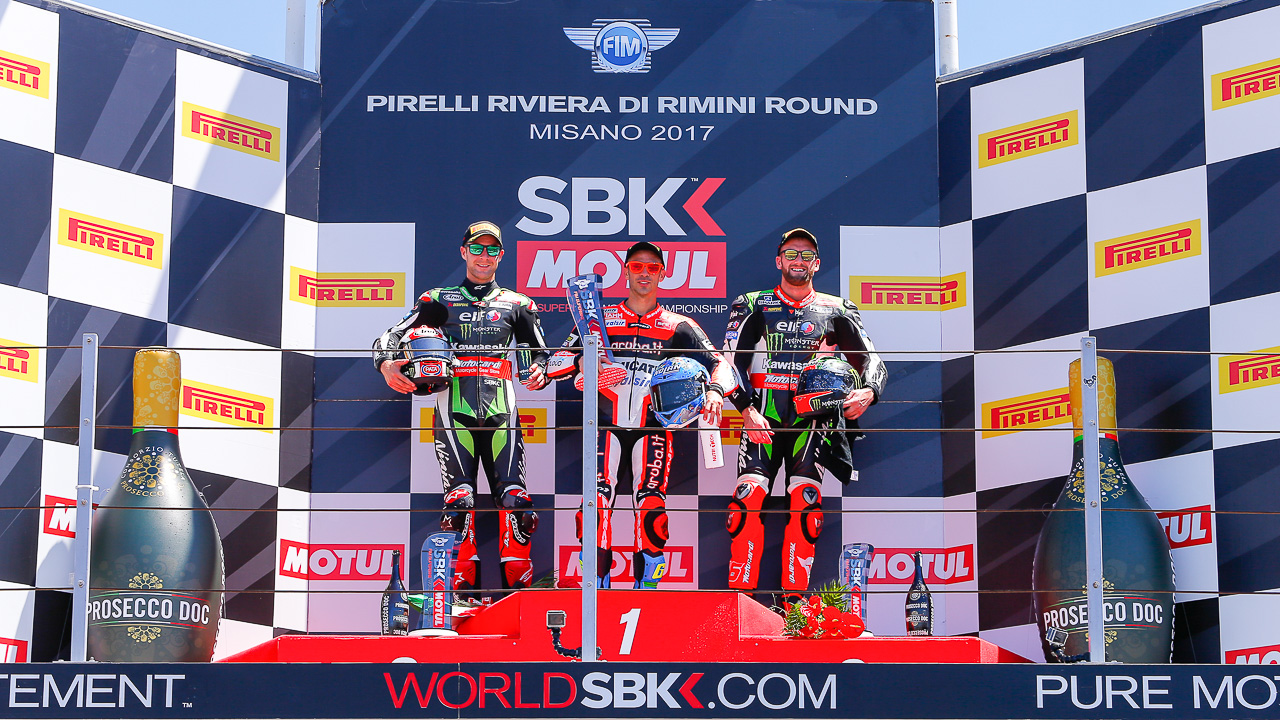 The Kawasaki boys again had something to celebrate with yet another double podium in Race 2 at Misano with Tom Sykes finishing the race just a fraction of a second behind his team mate, Rea. Yet another amazing result for the Brit riders and their competitive Kawasaki Ninja ZX-10RR. 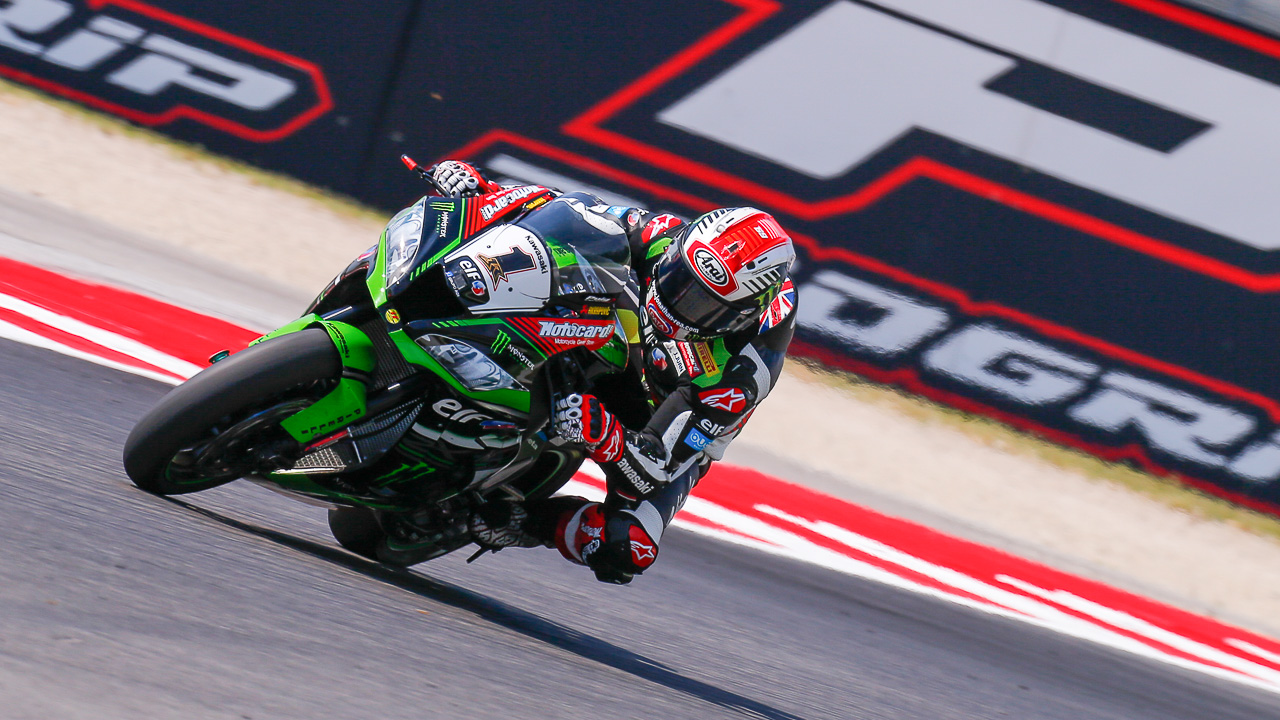 With the Misano round over, Jonathan Rea still leads the championship with 296 points while his team mate Tom Sykes is trailing away in second position with a gap of 50 points at 246 points. Chaz Davies still sits at third with 185 points but looking at his injuries sustained in the unfortunate incident, there’s a big possibility that the 30 year old will miss a few rounds to recover. 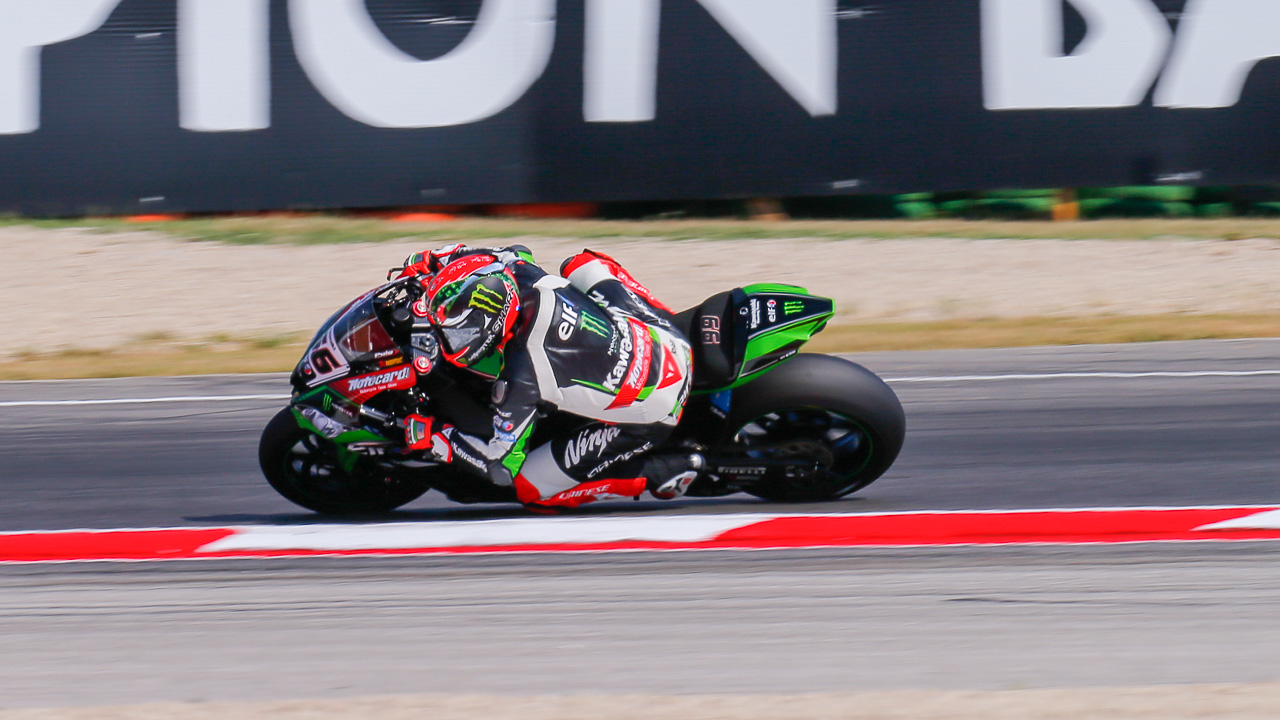 The next round will see the WorldSBK boys in action at the iconic Mazda Raceway Laguna Seca for the Geico US round from 7 to 9 July 2017. Stay tuned to Bikes Republic for more WorldSBK updates. 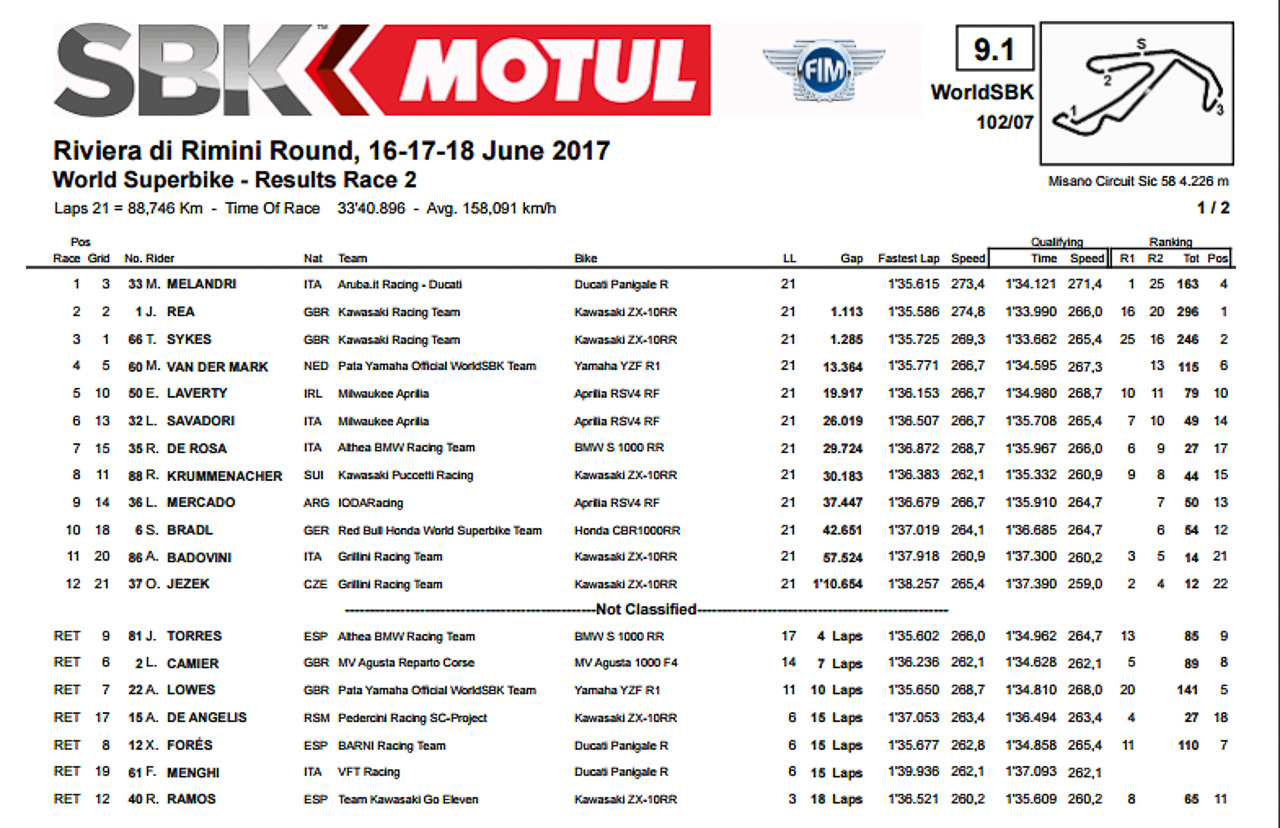