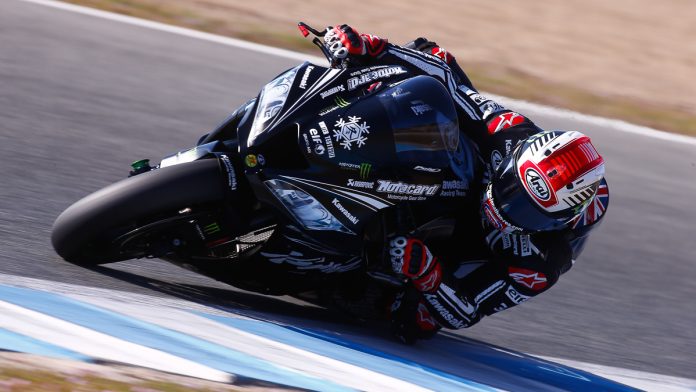 The three-time WorldSBK champion was faster than all eight other MotoGP riders who were testing their machines on Friday as well.

The four-day testing session concluded with Rea as the fourth fastest which was only 0.323 seconds slower than Andrea Dovizioso and his Ducati Desmosedici MotoGP bike.

It was only last week when the Jerez circuit was full of action from both the MotoGP and WorldSBK teams testing out their latest machines for the 2018 season. The last day of the testing sessions concluded last Friday and the results are quite astonishing. Jonathan Rea (Kawasaki Racing Team) and his factory Kawasaki Ninja ZX-10RR set the fast time at 1:37.986.

Compared to the fastest MotoGP rider on Friday which was Andrea Iannone (Team SUZUKI ECSTAR), Jonathan Rea and his World Superbikes race machine was faster by 0.044 seconds. The 30 year old British rider who in total has racked up 39 race wins, 79 podium finishes and three consecutive WorldSBK titles from 2015 to 2017 stunned everyone when he was faster than all eight MotoGP riders who were also testing their 2018 machines on Friday.

All eight MotoGP riders were in the top ten on Friday together with Jonathan Rea’s team mate Tom Sykes who completed the day in an amazing fifth. Keep in mind that the Kawasaki Racing Team are currently tuning their 2018 ZX-10RR machines with new regulations which has limited some of the bikes’ performances including cutting off 1,200rpm at the top end.

Not bad, Johnny boy. Not bad at all.