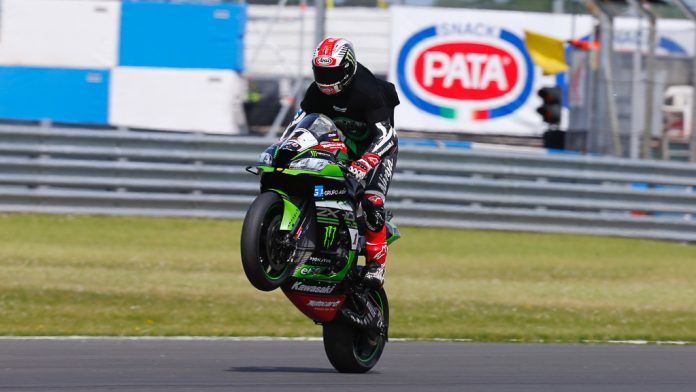 The sixth round of the WorldSBK race held in Donington Park last weekend saw Tom Sykes and Jonathan Rea (Kawasaki Racing Team) dominated both races contributing to the team’s 100th win in the championship.

Jonathan Rea made an amazing comeback in Race 2 with the win followed by Tom Sykes and Chaz Davies. 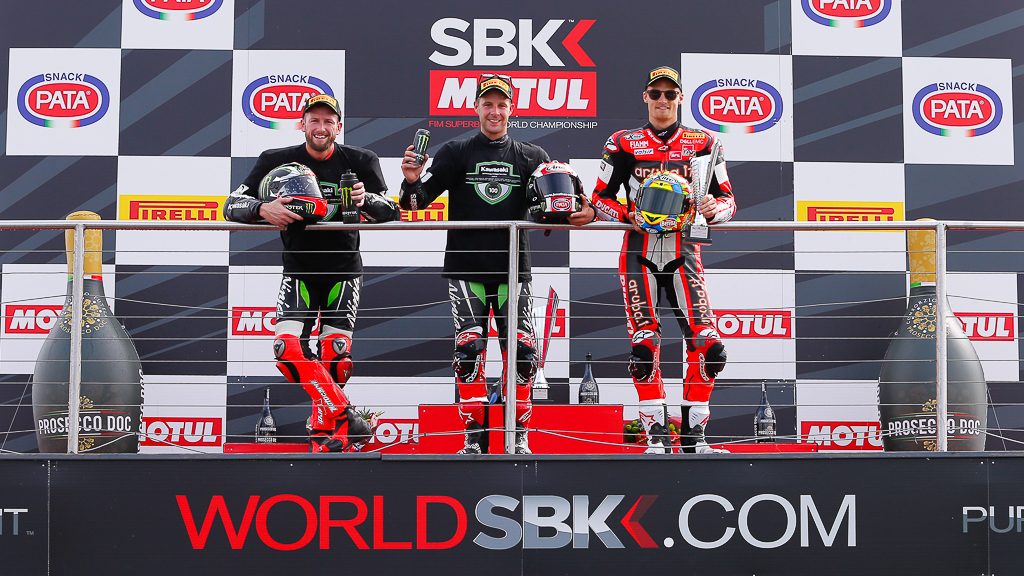 It was a clear and landslide victory for both the Kawasaki Racing Team riders this past race weekend during the UK Round of the WorldSBK race held at the legendary Donington Park. After an interesting outcome from Race 1 which saw two of the top podium contenders crashing out, it was Tom Sykes (Kawasaki Racing Team) aka “The King of Donington” who took the whole shot for Race 1. 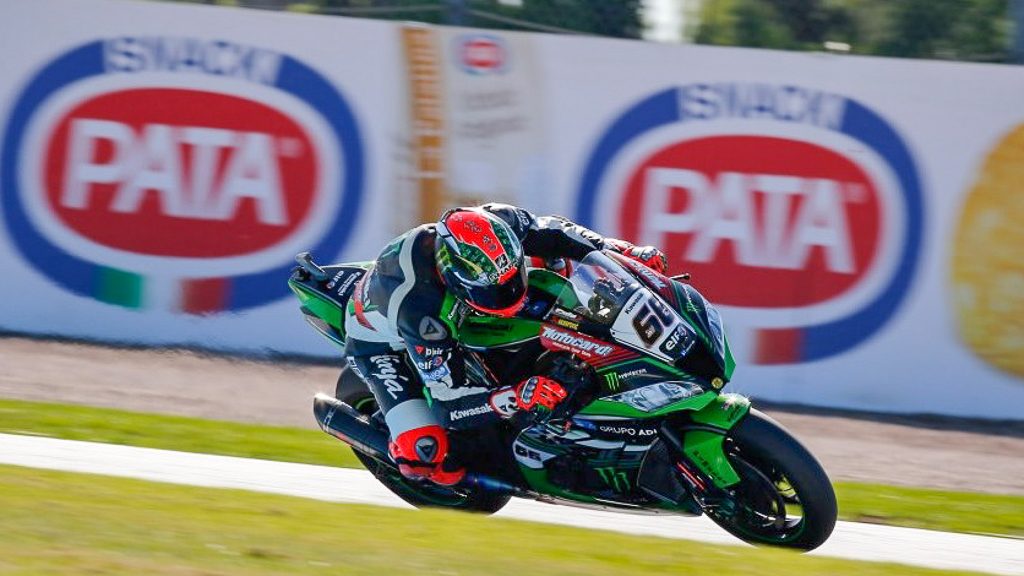 Tom Sykes also scored a very important podium position in Race 2 crossing the finish line in second place with just 1.6 seconds behind Race 2 winner, Jonathan Rea (Kawasaki Racing Team). It was a good comeback for the Rea and his Kawasaki ZX-10RR after a major crash in Race 1 following a major tyre fault that sent him flying on a high side. Shaken but not broken, Rea responded brilliantly in Race 2 with the win. 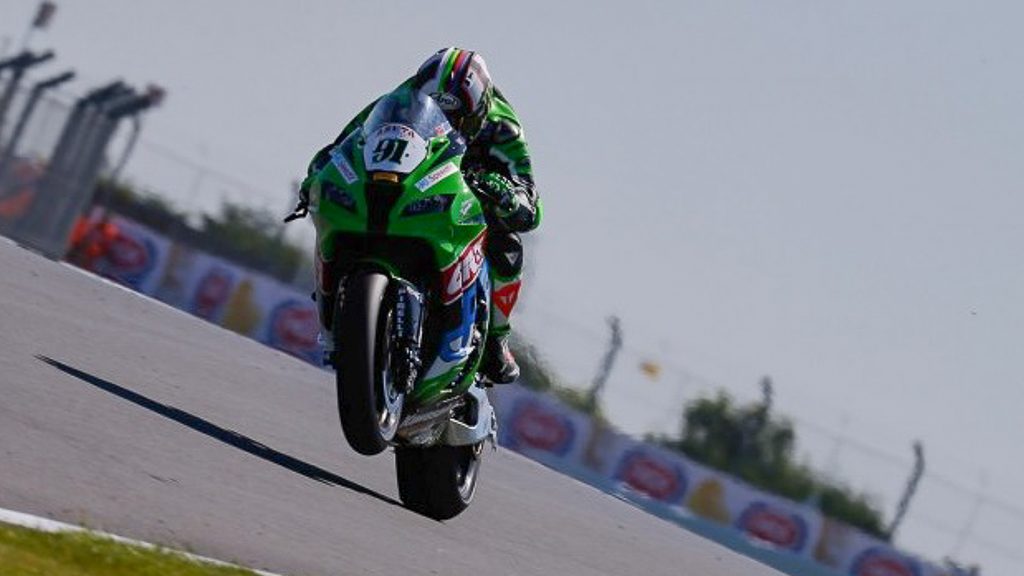 Leon Haslam o f the Kawasaki Puccetti Racing Team took the opportunity to finish Race 1 in second place in front of his home crowd. The local lad did an amazing job fending off other riders for P2 including another local racer, Alex Lowes (Pata Yamaha Official WorldSBK Team) who came in third. 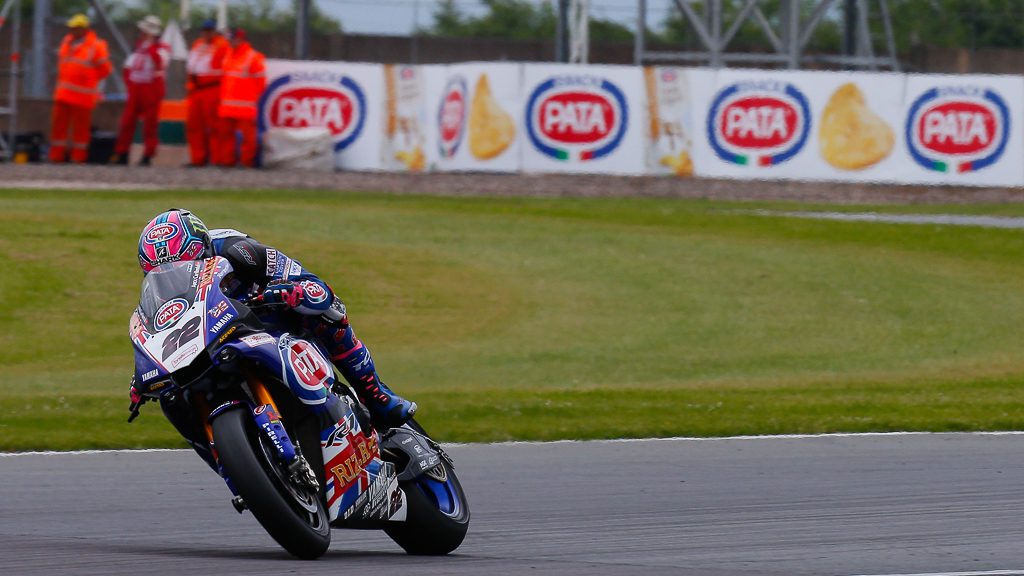 Haslam wasn’t so lucky in Race 2 where he had to retire after just one lap. Alex Lowes dropped a couple of positions in Race 2 ending up in P5 behind his team mate, Michael Van Der Mark. It was considered as a very positive weekend for the Yamaha boys in Donington Park. 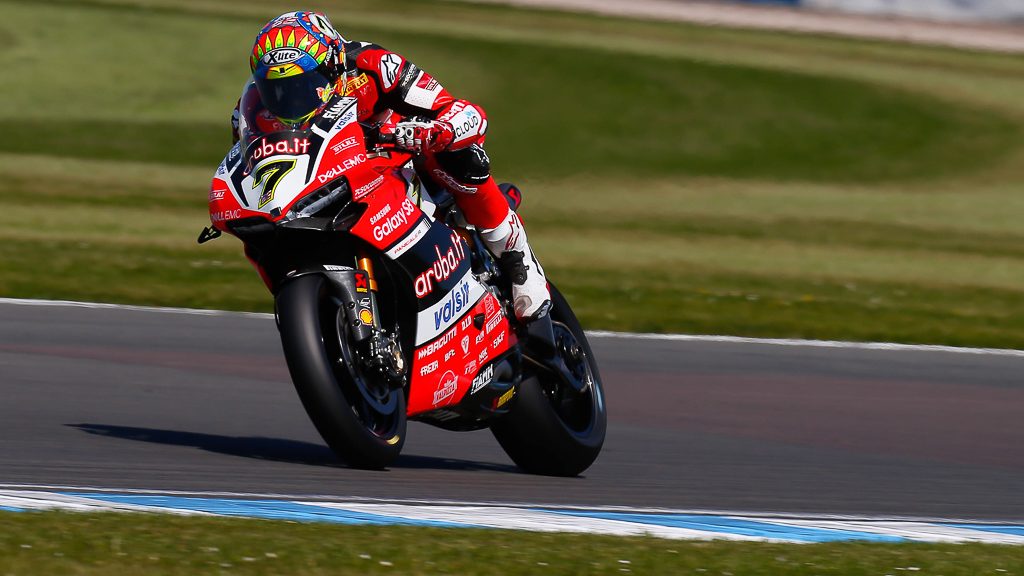 Chaz Davies (Aruba.it Racing – Ducati) also redeemed himself after an unfortunate low side in Race 1 when he was leading the race. Davies continued his pursuit but only managed P8. Determined no t to let the result bring him down, Davies and his Ducati 1199 Panigale R finished in the final podium position for Race 2 giving this local rider a much needed points for the overall championship.

The seventh round of the WorldSBK will see action in the Italian Round from 16 to 18 June 2017 for the Pirelli Riviera Di Rimini Round. Stay tuned to Bikes Republic for more WorldSBK updates.