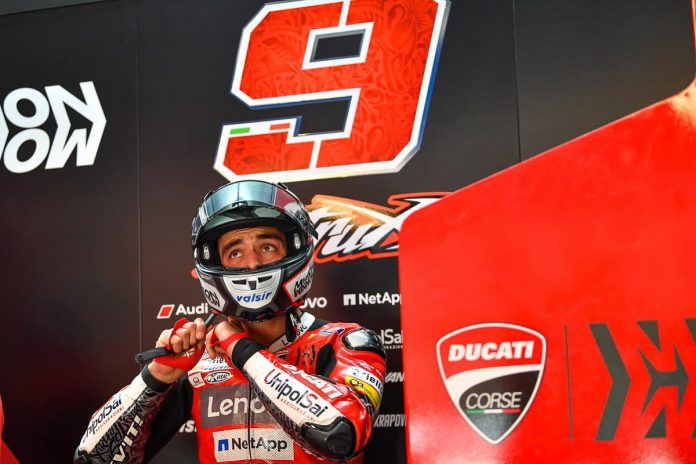 Danilo Petrucci is set to pilot the Ducati Panigale V4 R after inking a deal with Barni Racing Team for the 2023 WorldSBK season.

What started as a rumour is now confirmed that the Italian will race at the 2023 WorldSBK with Barni Racing.

Previously, Petrucci was linked with a move to the Ducati factory team at the WorldSBK before the factory team decided to renew Michael Ruben Rinaldi’s contract for the new season.

However, it turns out the ex-MotoGP rider will shift to WorldSBK with the Barni Racing Team riding the same Panigale V4 R as the factory team.

Interestingly, Petrucci s all too familiar with Barni, having raced with the team in 2011, finishing second place in the Superstock 1000 class before his big jump to MotoGP the following year.

“I’m really pleased to be back with Barni. 2011 was one of my best ever seasons, but, more importantly, I couldn’t say no to the chance to race in World Superbike with such a competitive bike,” said the 32-year-old.

Seeing the former Ducati and KTM MotoGP rider back on the grid at the WorldSBK is undoubtedly the news that the fans are hoping for. After all, we need someone experienced to take the fight to Alvaro Bautista, Toprak Razgatlioglu and Jonathan Rea next season.