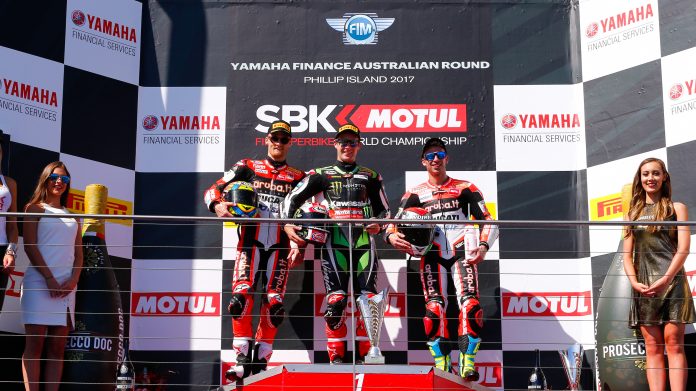 With a win in Race 1, Rea looked to have a challenge laid out for him with the new race format. The new ruling meant that Rea had to start the second race from the back of the third row in P9 but that did not stop him from being victorious. The top spot was fought viciously between four riders; Jonathan Rea (Kawasaki Racing Team), Chaz Davies and Marco Melandri (Aruba.it Racing) together with Alex Lowes (Pata Yamaha Official WorldSBK Team). The win also marked Rea’s 40th career victory in WorldSBK. 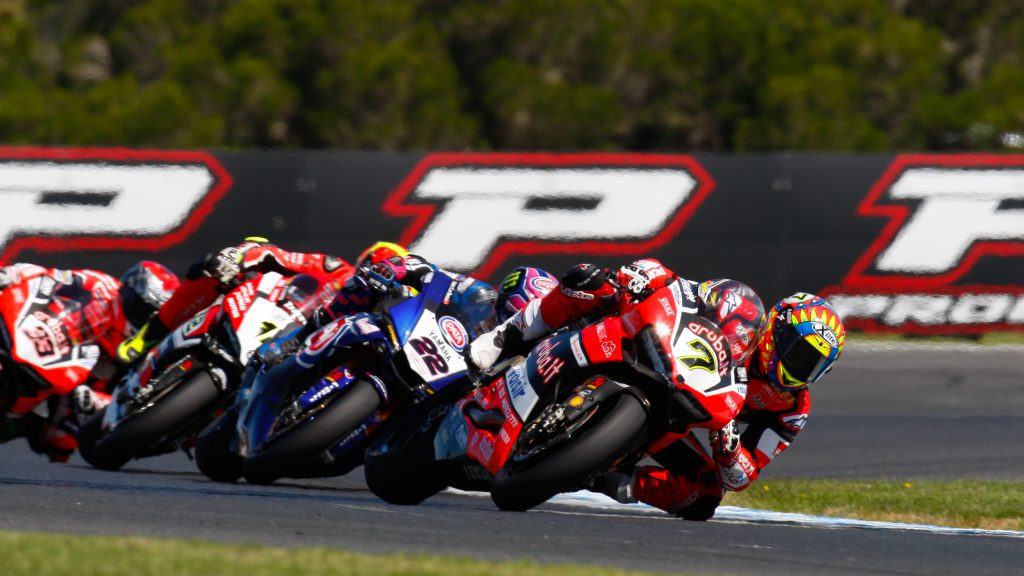 The entire race was a heart-stopping spectacle until the end where Rea and Davies raced a brilliant final lap. Davies came in behind Rea with just 0.025 seconds splitting the two riders. The return of Marco Melandri in Race 2 saw a brilliant performance from the Italian who finished in third place with just 0.249 seconds behind the Kawasaki rider. Alex Lowes finished in fourth spot after having started the race in pole position thanks to the new race format for the World Superbikes. 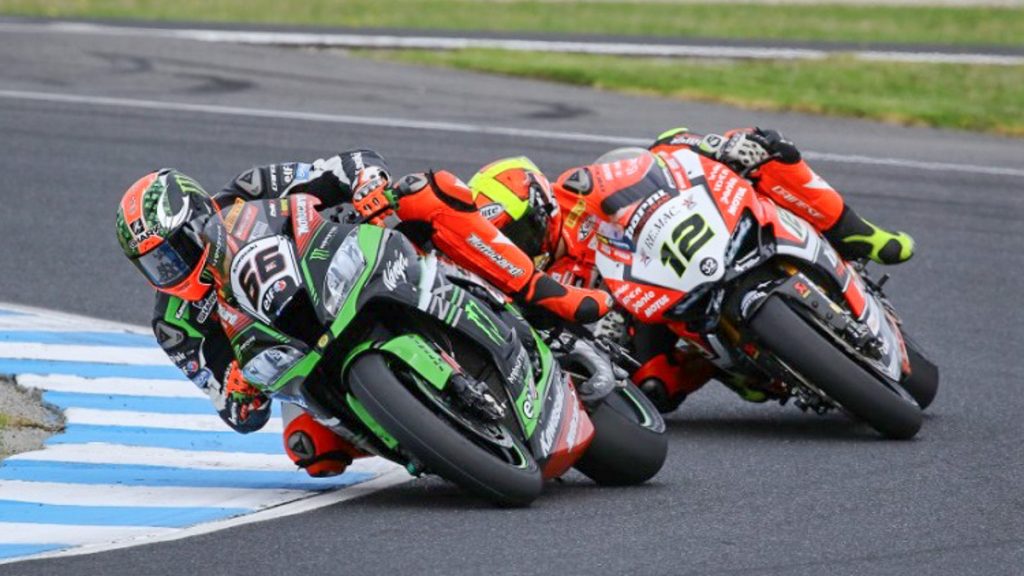 Xavi Fores from the Barni Racing Team rode his Ducati Panigale R brilliantly to fifth overall with a few good battles thrown in the mix. He managed to maintain his pace ahead of Tom Sykes (Kawasaki Racing Team) who came in sixth after having scored a podium finish in Race 1. Although Sykes had a good start in Race 1, it’s clear that the new WorldSBK race format for the second race will be more challenging than ever before. 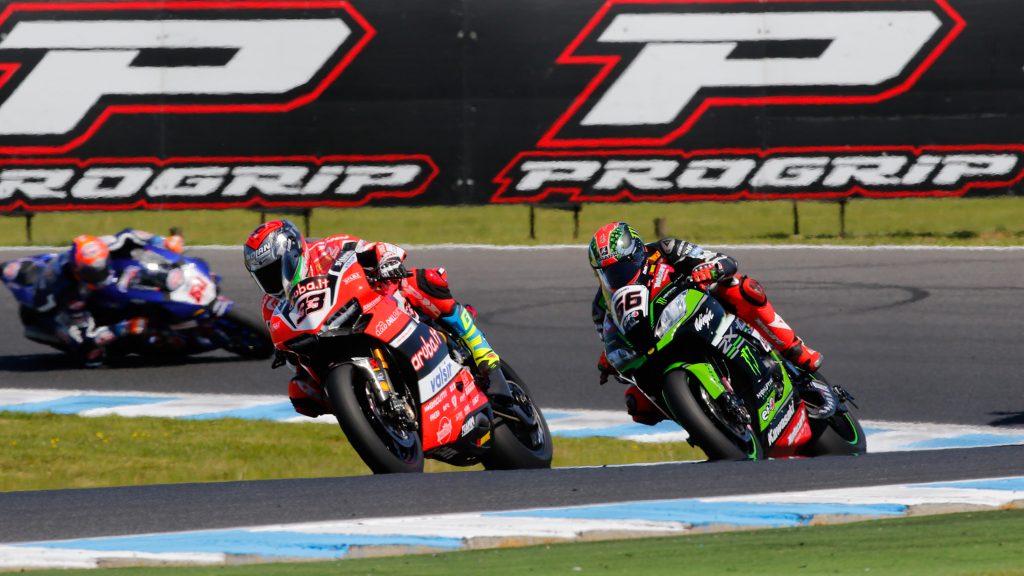 The other Pata Yamaha rider, Michael Van Der Mark came in seventh on board his Yamaha YZF-R1 ahead of Leon Camier and his MV Agusta 1000 F4 from the MV Agusta Reparto Corse squad. It looks like it was a perfect start to the season for Jonathan Rea and the Kawasaki Racing outfit but the Ducati boys are making sure that it won’t be an easy journey for him this year. Will the Kawasaki ZX-10R be triumphant once again or will Davies and Melandri take away the glory this year? The next round will head to Thailand on the 10-12 March 2017. 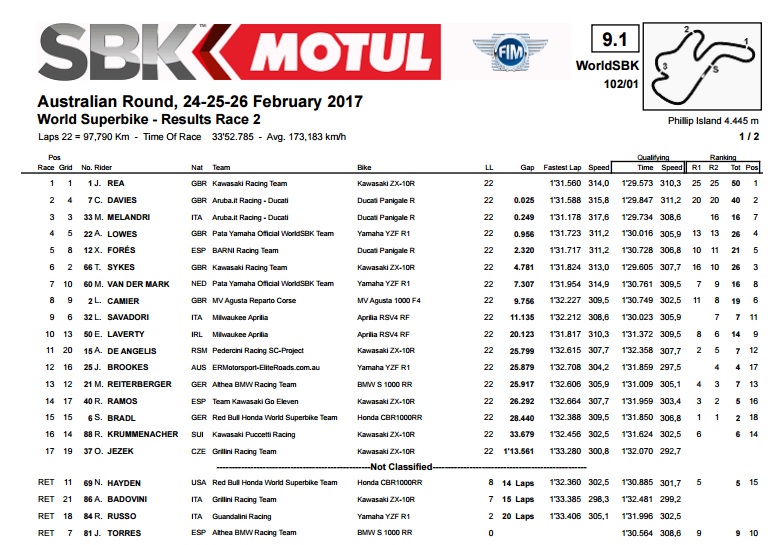