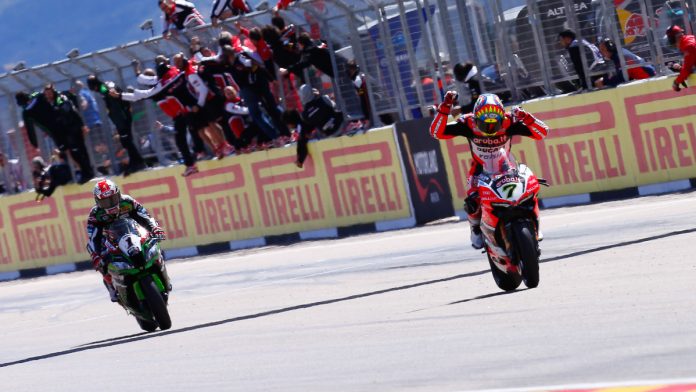 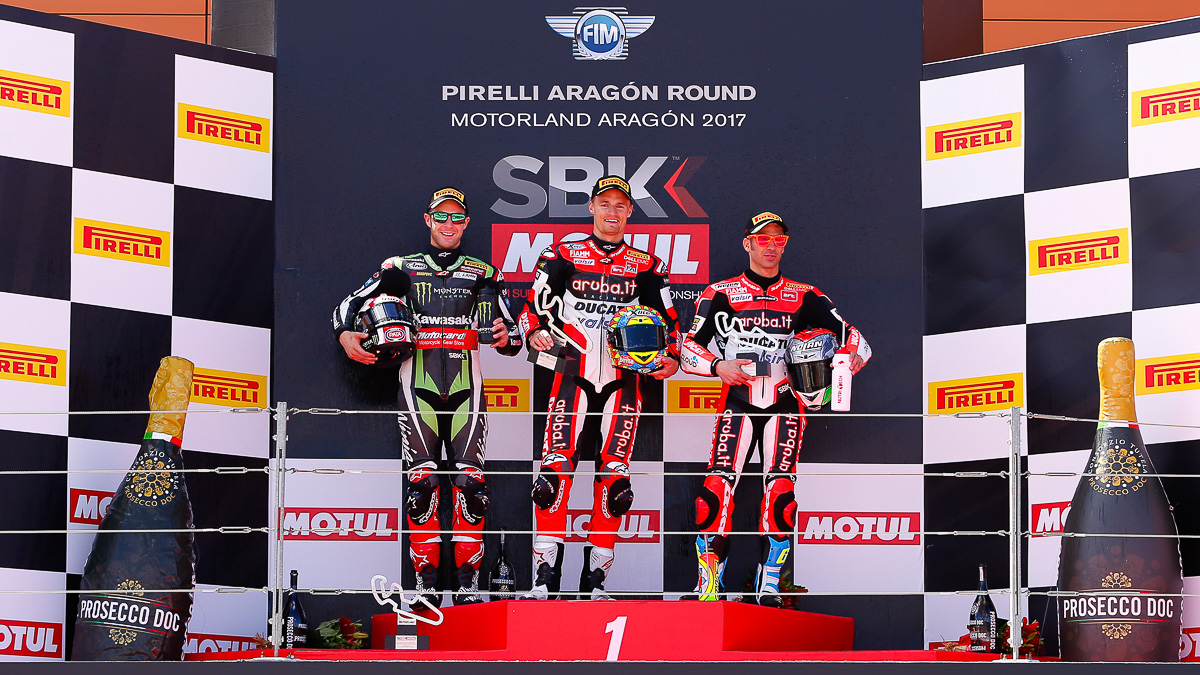 It was a glorious day yesterday for the Aruba.it Racing team where both of their riders, Chaz Davies and Marco Melandri scored double podiums in both WorldSBK races over at Aragon this past weekend. It was an even bigger achievement for Davies who managed to break Jonathan Rea’s winning streak after his Race 1 victory on Saturday. 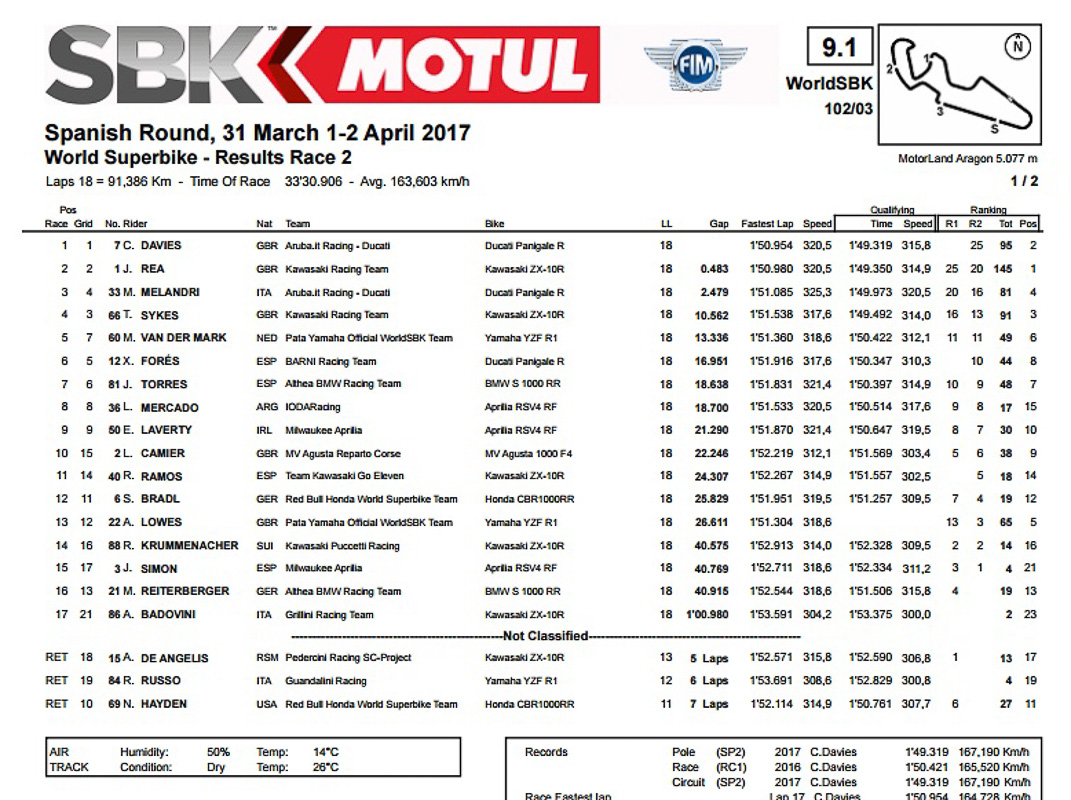 In the 18-lap race around Motorland Aragon circuit, Davies and Rea fought brilliantly up until the end of the race where Rea was only 0.483 seconds behind Davies. The Kawasaki Racing Team rider battled it out up until the final lap where Davies made what’s probably the most impressive overtake of the season yet. This was indeed a positive outcome for the 30 year old Brit after crashing out in Race 1.

We think #OvertakesOverload is going to become a popular hashtag between Chaz Davies and Jonathan Rea… guys what a last lap ‼️?

When Davies was asked about the race, he stated that “Yesterday (Saturday) was a disaster, the whole weekend was a disaster until the last lap of the second race. The only moment of joy is bringing home the win, and it’s good to bring it home like that,”

“We know the bike is good here, although we still need to work in a lot of different areas but for now we are really going to enjoy this. It was a great battle but the wind was crazy out there, we getting blown left right and centre, it was like someone pushing you out the corner it was that strong.” 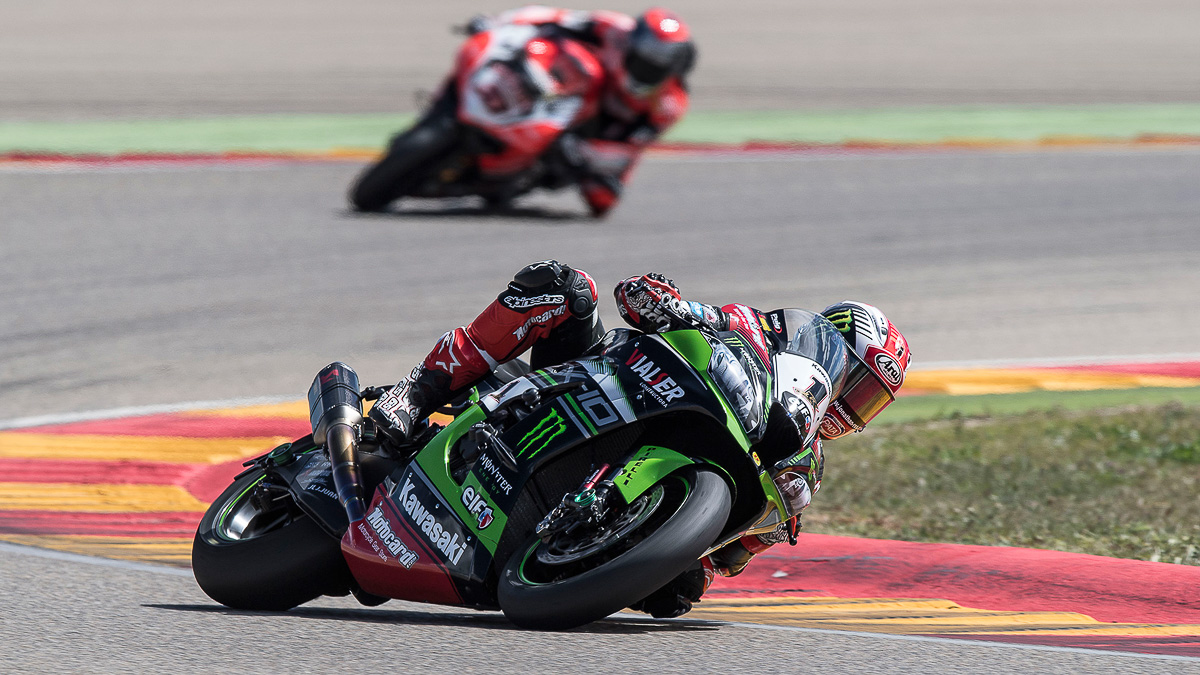 Jonathan Rea did have an impressive performance on Saturday with the Race 1 victory, coming in at 4.068 seconds ahead of Davies. Thanks to the new race format for Race 2, it was more exciting but more challenging as well for the Brit rider. Rea is still way in the lead of the championship with 145 points, a massive 50 points ahead of Davies in the rankings. 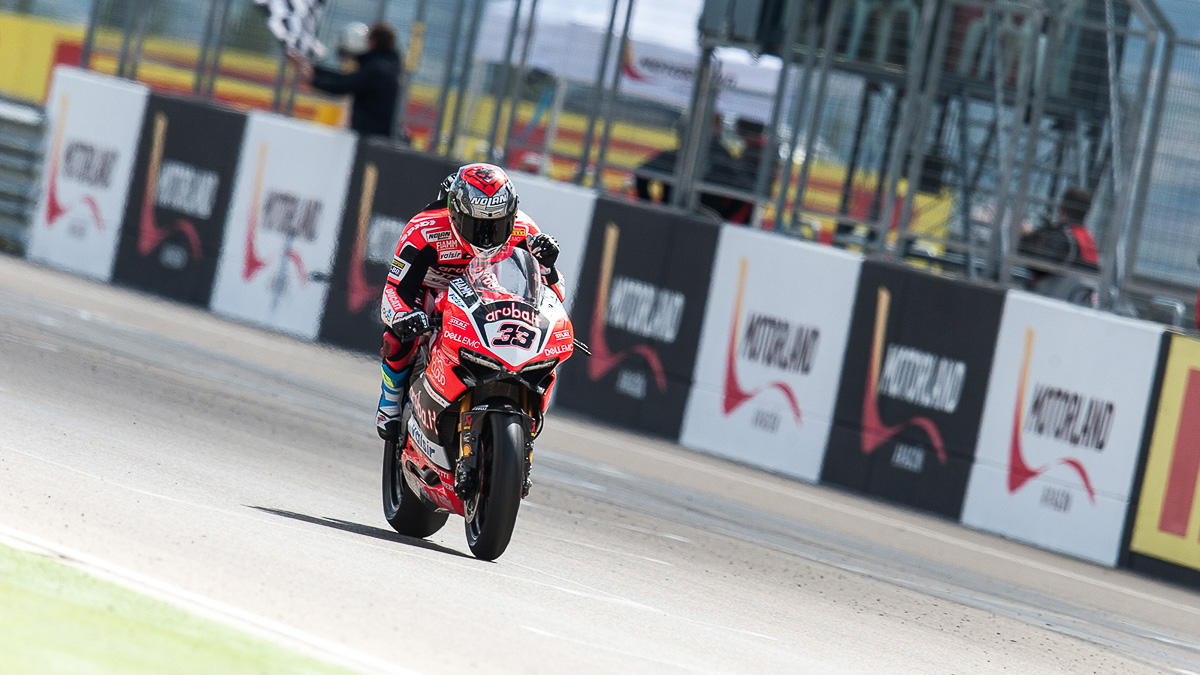 Marco Melandri completed the final podium spot with just 2.479 seconds behind his team mate. The podium finishers seemed to be at a different level altogether when compared to the rest of the grid. Even fourth place finished Tom Sykes (Kawasaki Racing Team) was over 10 seconds behind the race winner due to some sort of sickness that put him out of the podium battle. Sykes did however finished in P3 on Saturday at the end of Race 1. 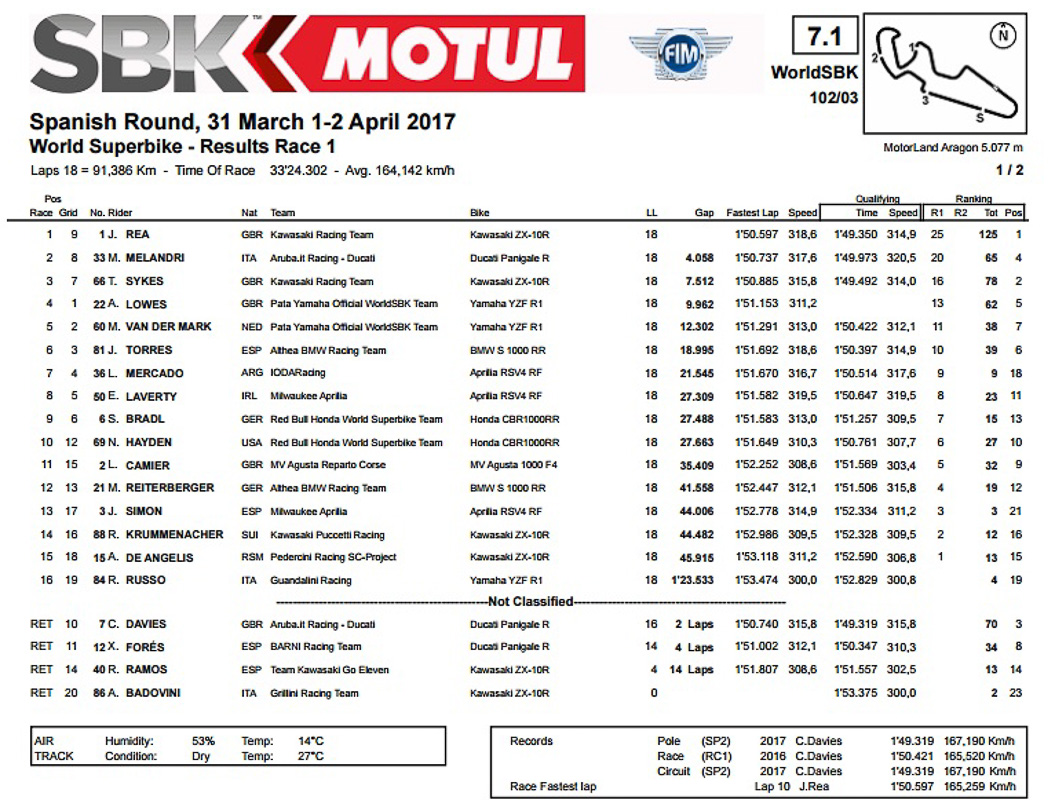 The next round will see action in the Netherlands for the Acerbis Dutch Round from 28 April 2017 to 30 April 2017 where the boys will duke it out again at the legendary TT Assen circuit. Stay tuned to Bikes Republic for more WorldSBK updates.