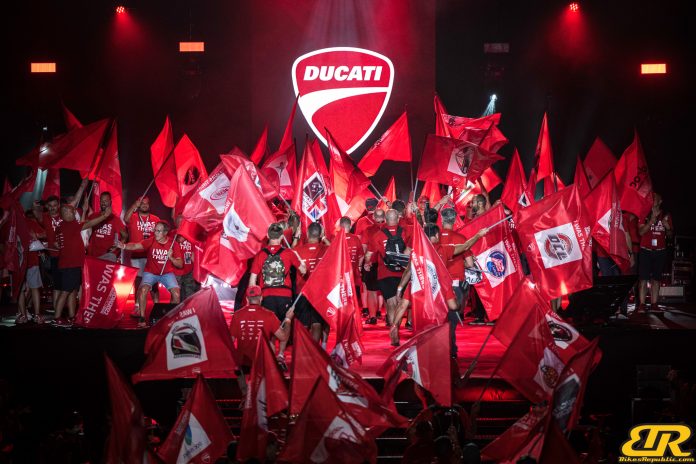 Few brands enjoy a brand loyalty as fierce and thorough as Ducati does. And no where is that loyalty more evident than the bi-annual World Ducati Week held in Misano, Italy. 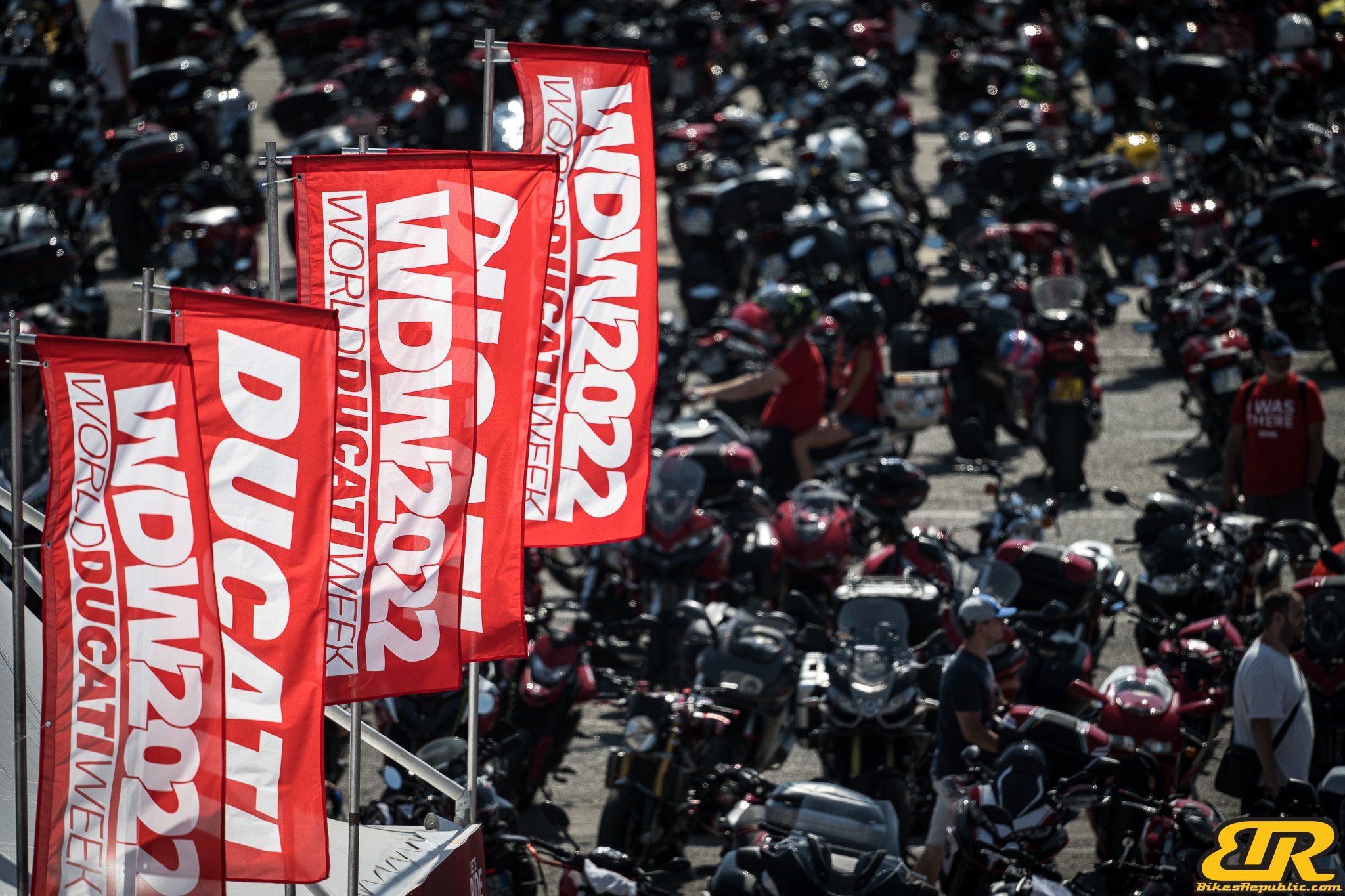 First held in 1998 as a way of getting closer to its fan base, Ducati has been organising the WDW, as it’s affectionately known, every year since. Unfortunately the Covid-19 pandemic put an end to that run. 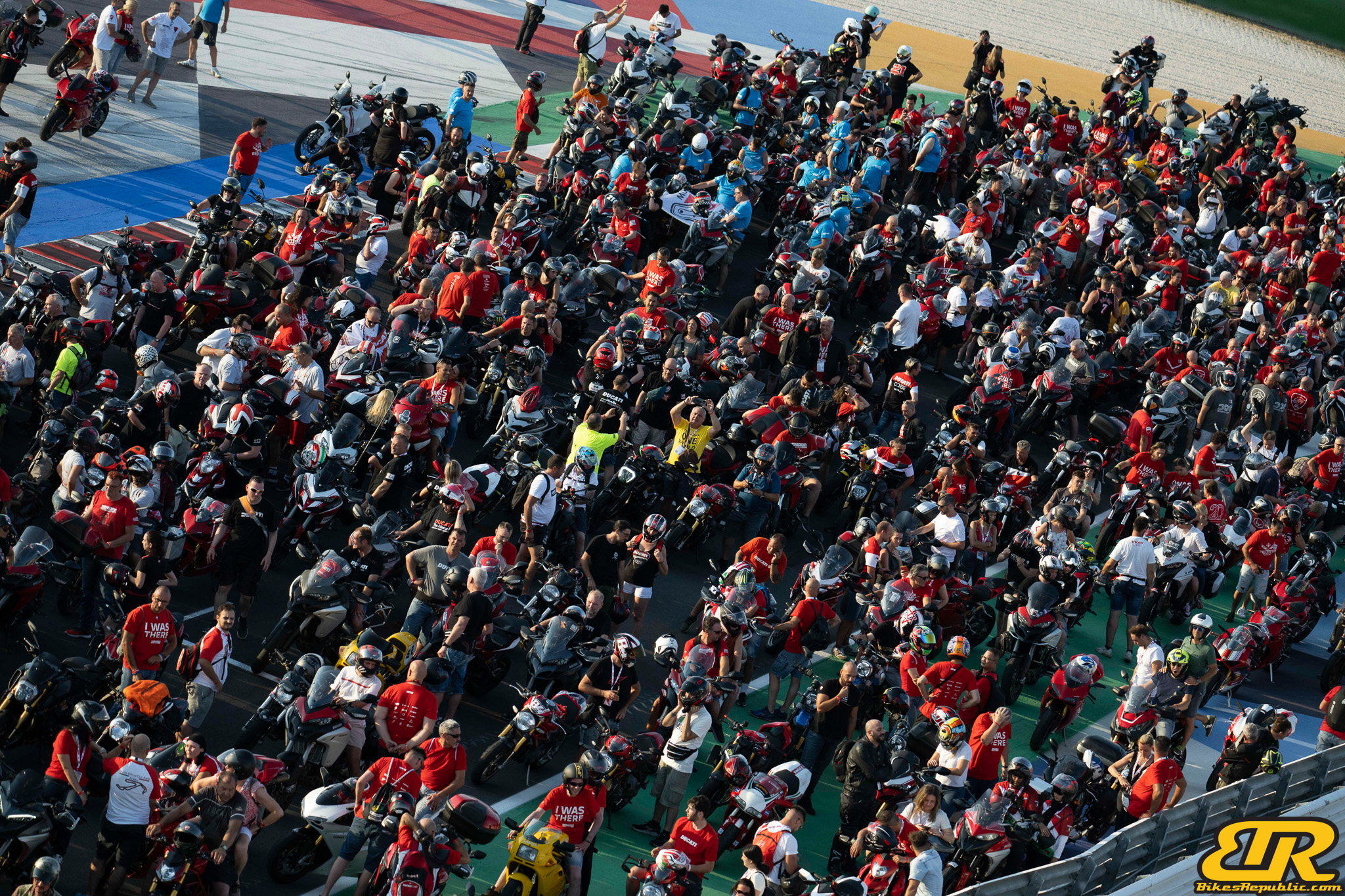 But what a comeback it has been. According to Ducati, the 2022 and eleventh-edition of WDW welcomed over 80,000 attendees from 84 different countries. 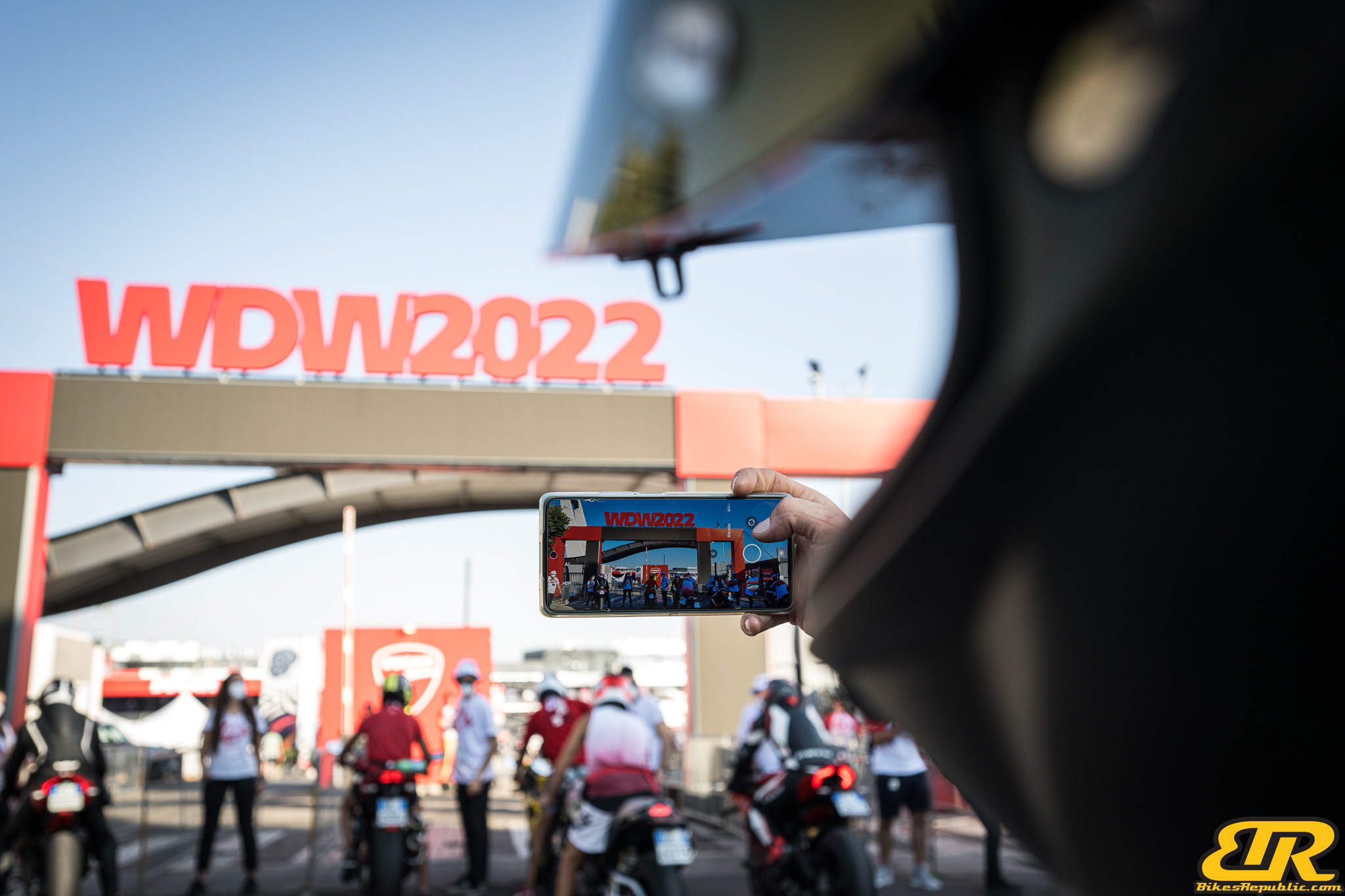 The Misano World Circuit “Marco Simoncelli” was also open for guests to ride or drive on and a total of 5,805 laps were recorded by cars and motorcycles. The cars were mostly Audis and Lamborghinis, understandably so since Ducati is part of the Audi Group, as is Lamborghini. 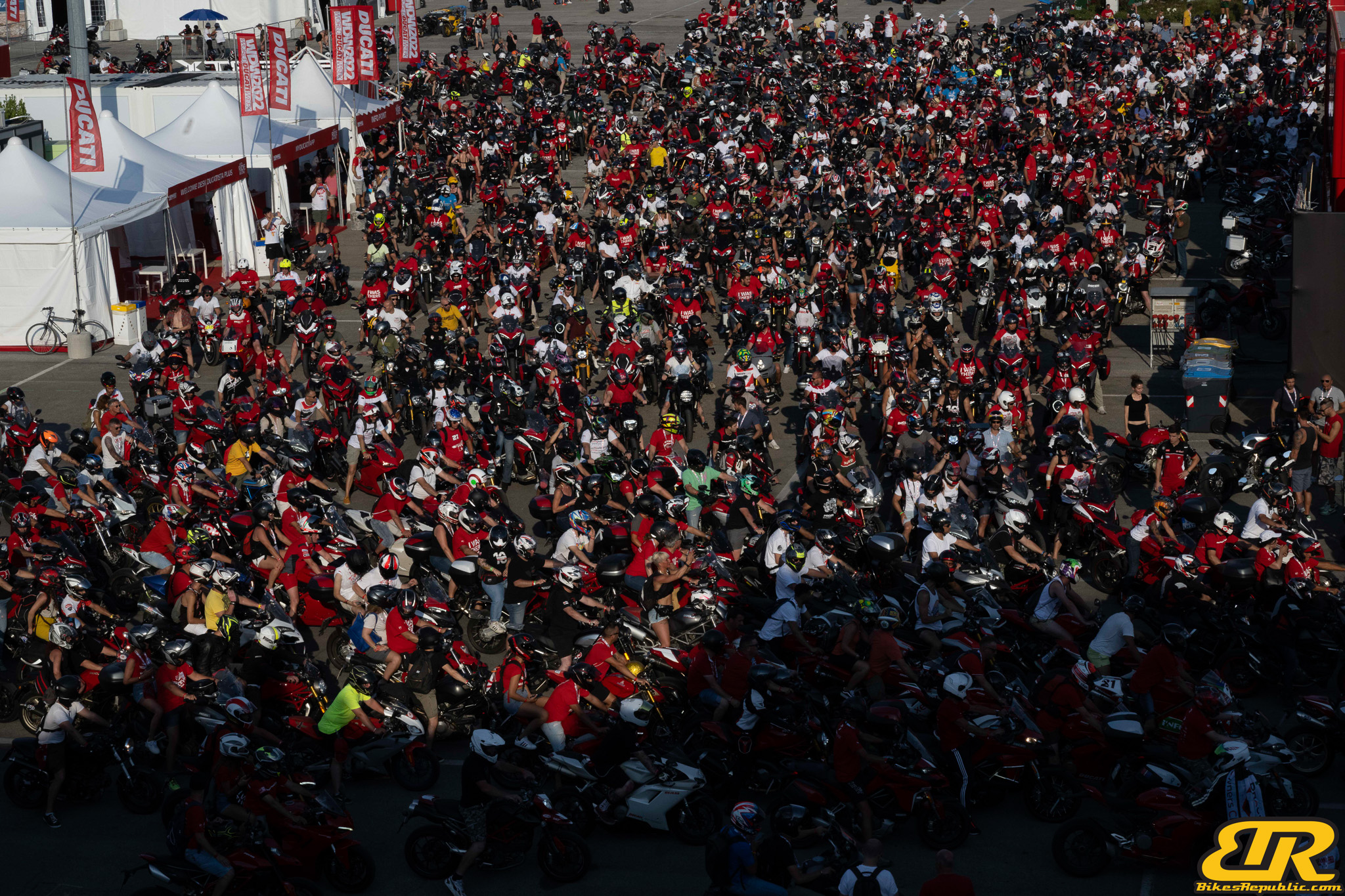 The WDW is a true gathering of Ducati enthusiasts and 235 official Ducati clubs from around the world attended the event, a mega testament to the love and passion Ducati enjoys from its fan base. 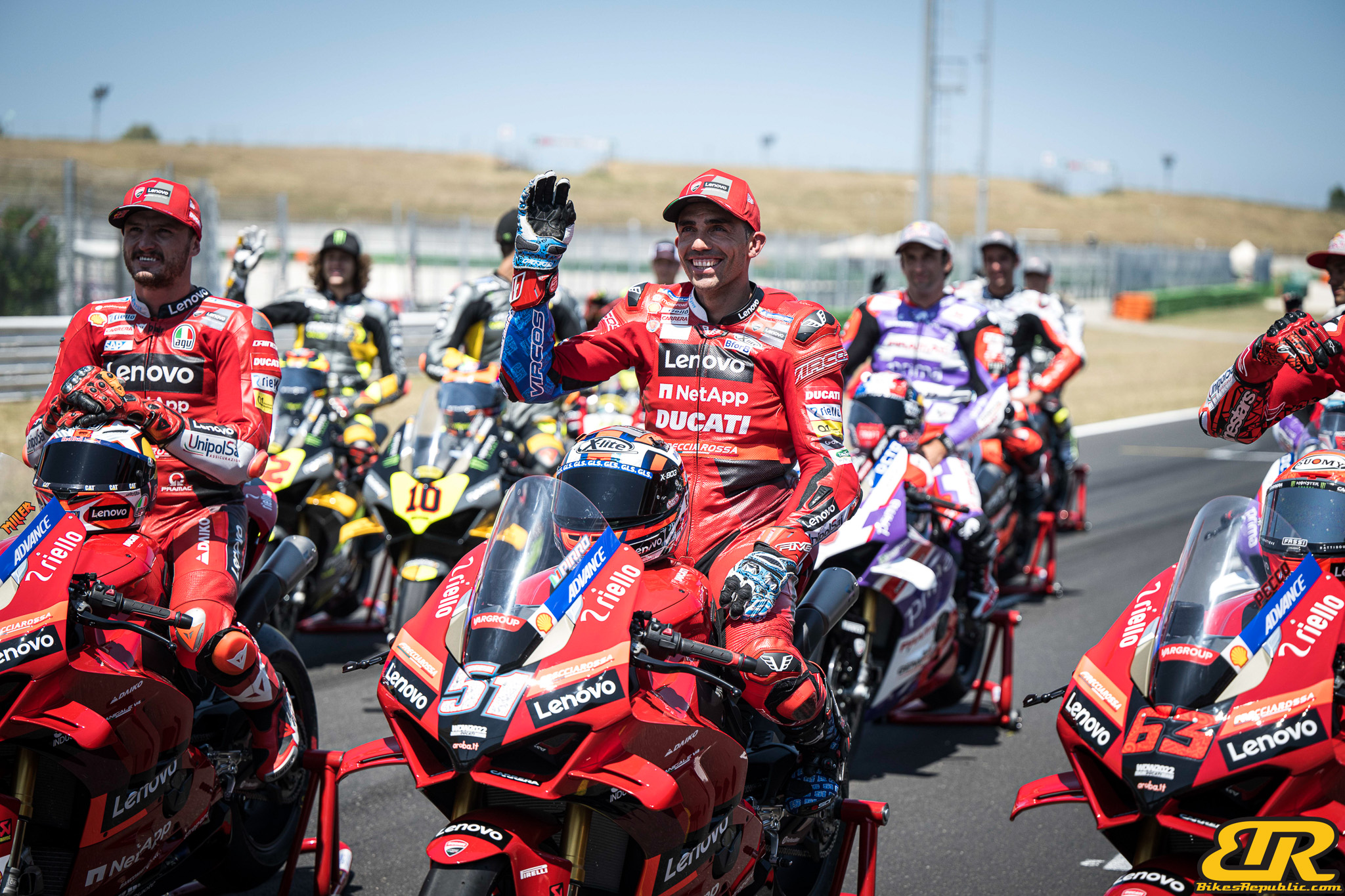 The great thing about this unique relationship is that Ducati loves to give back to its fans as well. As part of the WDW, the iconic Lenovo Race of Champions is also organised as a sub-event. 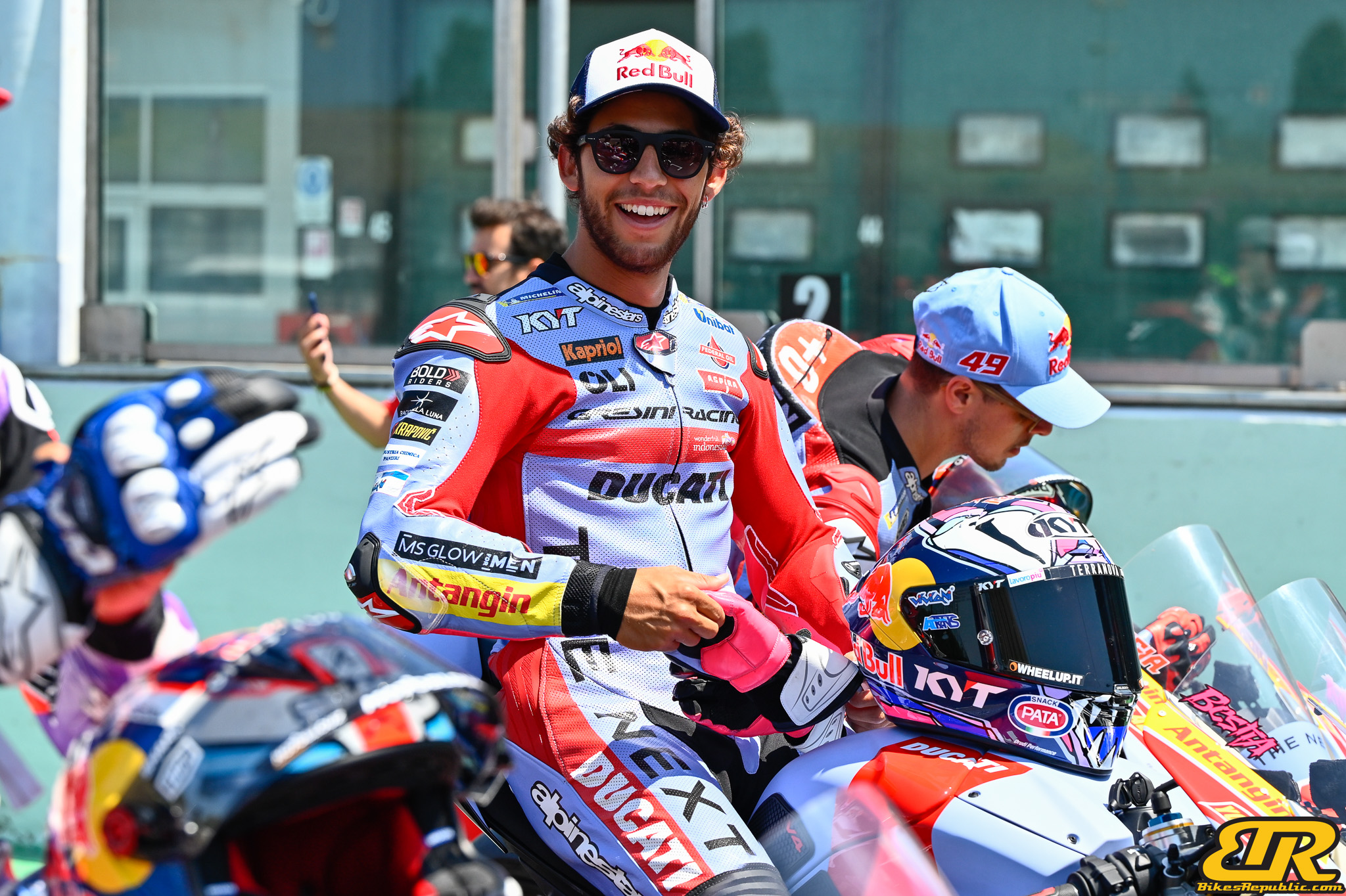 The 2022 Lenovo Race of Champions is where official Ducati riders (the highest number ever) from MotoGP, Superbike and Supersport Championship Series will compete against each other on equal bikes. This year’s starting grid included 21 champions such as Pecco Bagnaia, Jack Miller, Michele Pirro, Johann Zarco, Jorge Martin, Enea Bastianini and even Danilo Petrucci. 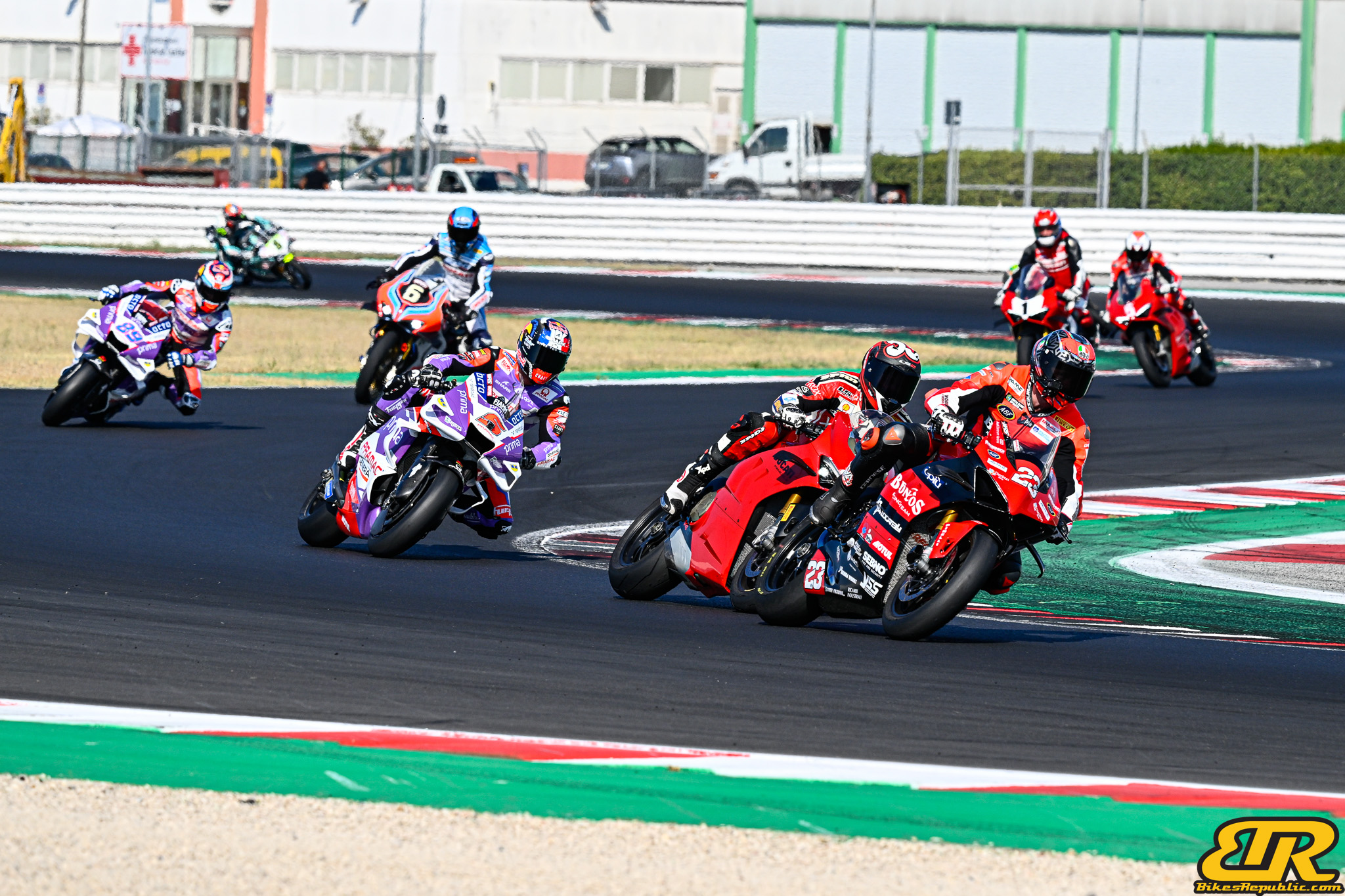 The Race of Champions is an exhibition race meant to get the fans closer to their racing idols, but you can’t tell a pure-bred racer that he is just putting on a show. And as such, the eight laps of the Race of Champions offered some heart stopping action. 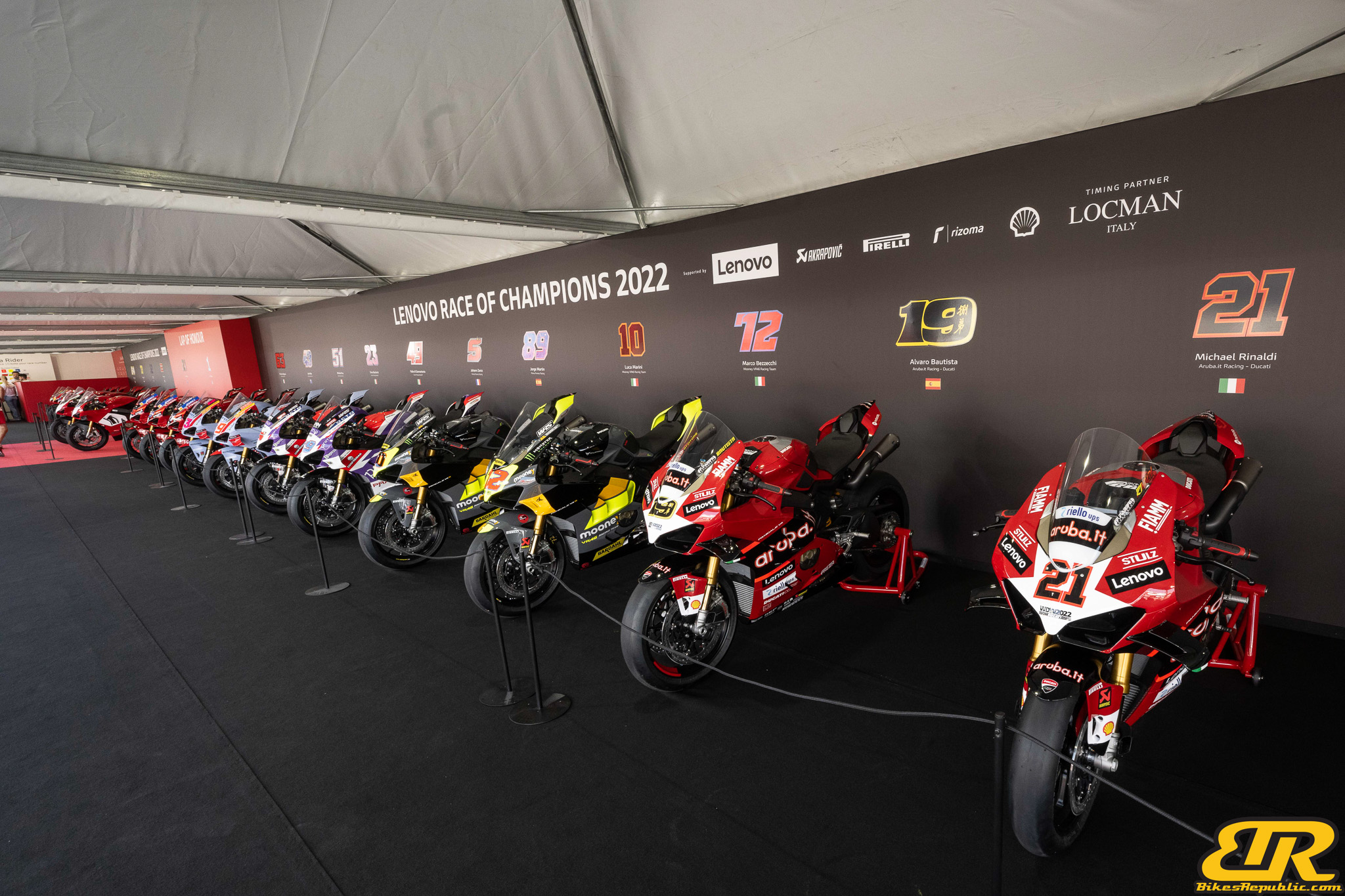 The only difference here is that every rider is on a road going Panigale V4S and a Panigale V2 which can be bought at any Ducati store anywhere in the world. The only modification done is that the tyres have been swapped for full slick race tyres and the standard exhaust swapped for a full Akrapovic titanium exhaust while certain parts from the Ducati Performance Parts catalogue were sprinkled on for good measure. 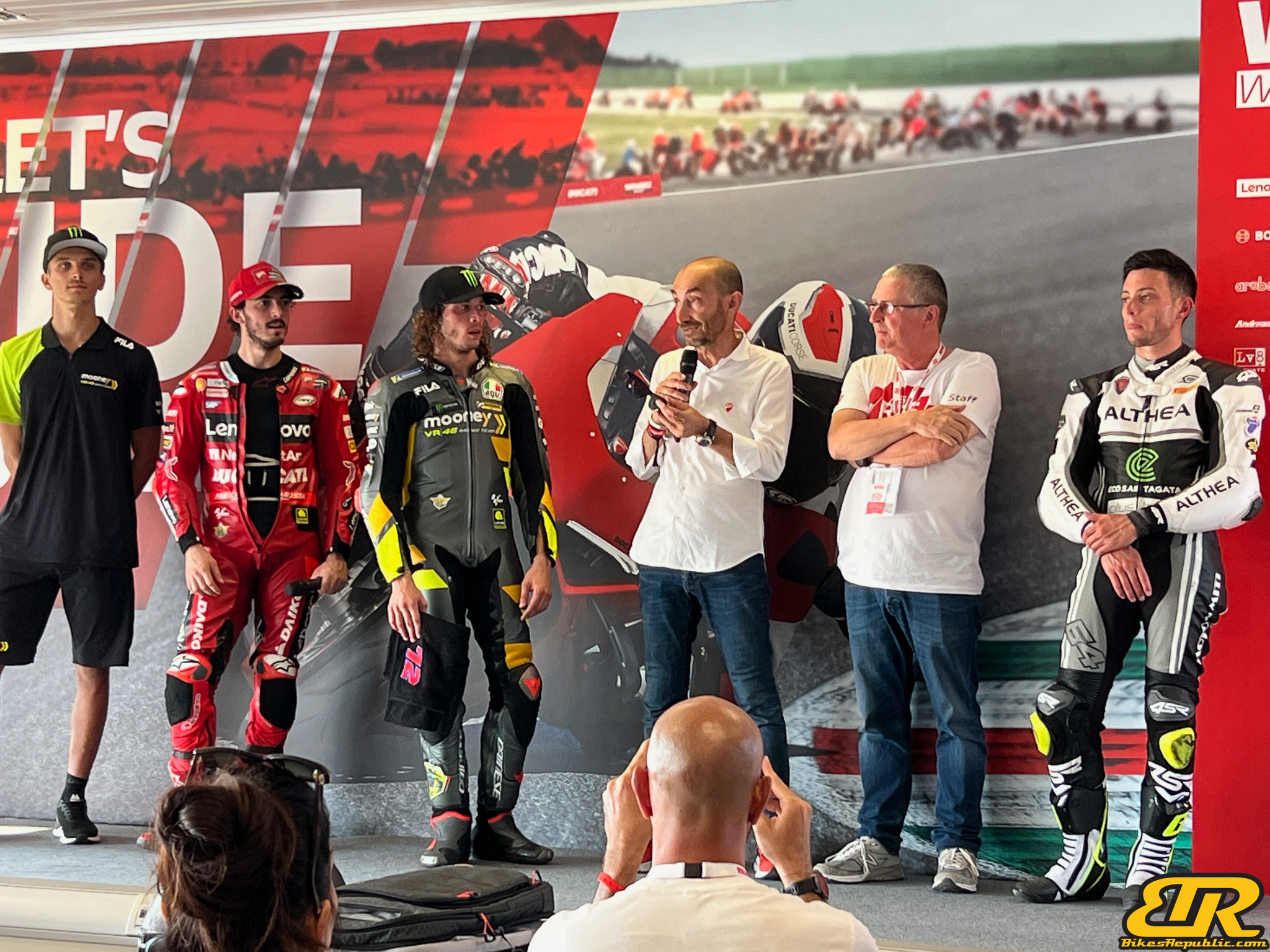 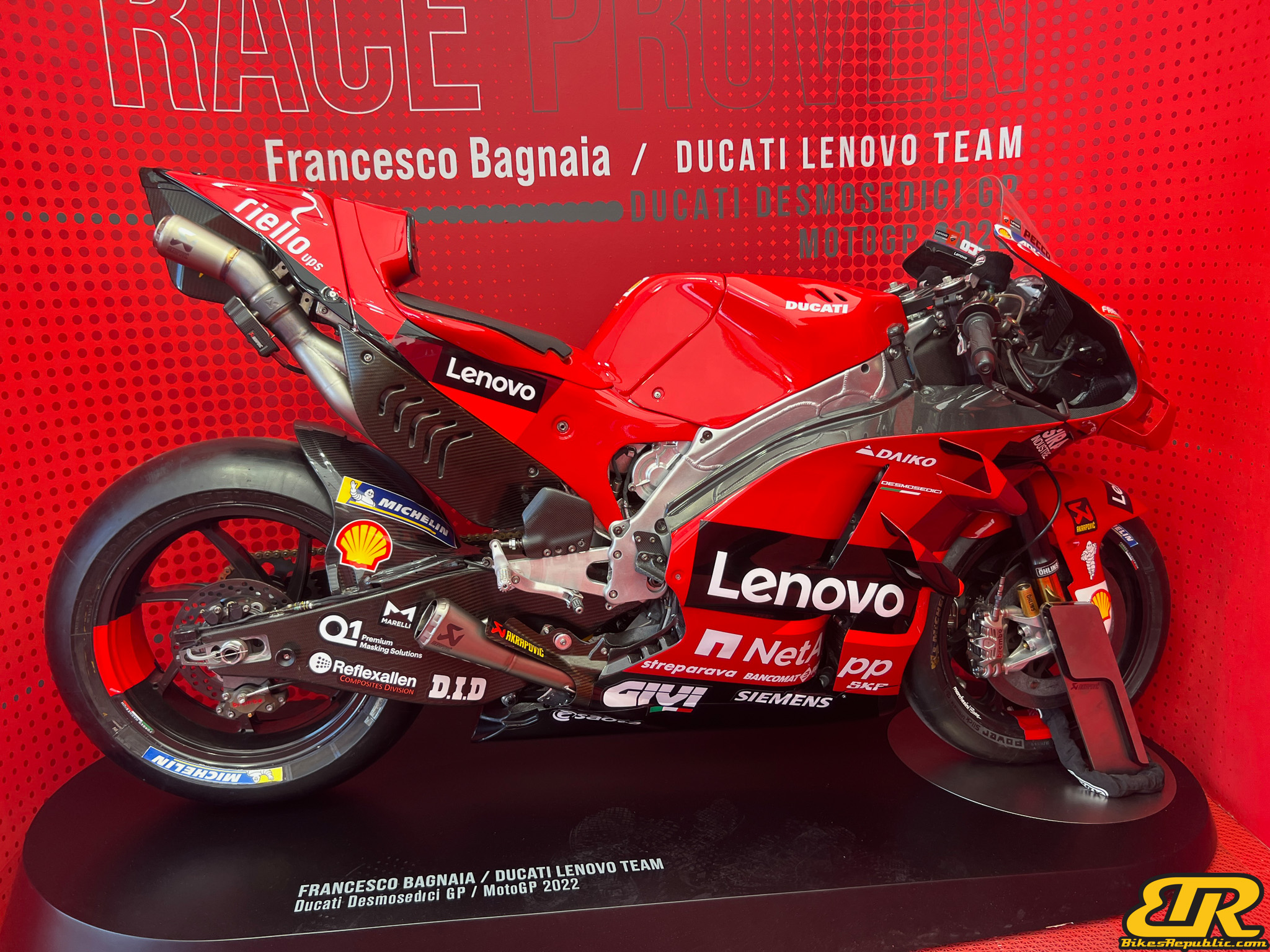 The best part of the Lenovo Race of Champions is that the bikes that were raced by the champions are available for sale to select customers almost immediately after the race. 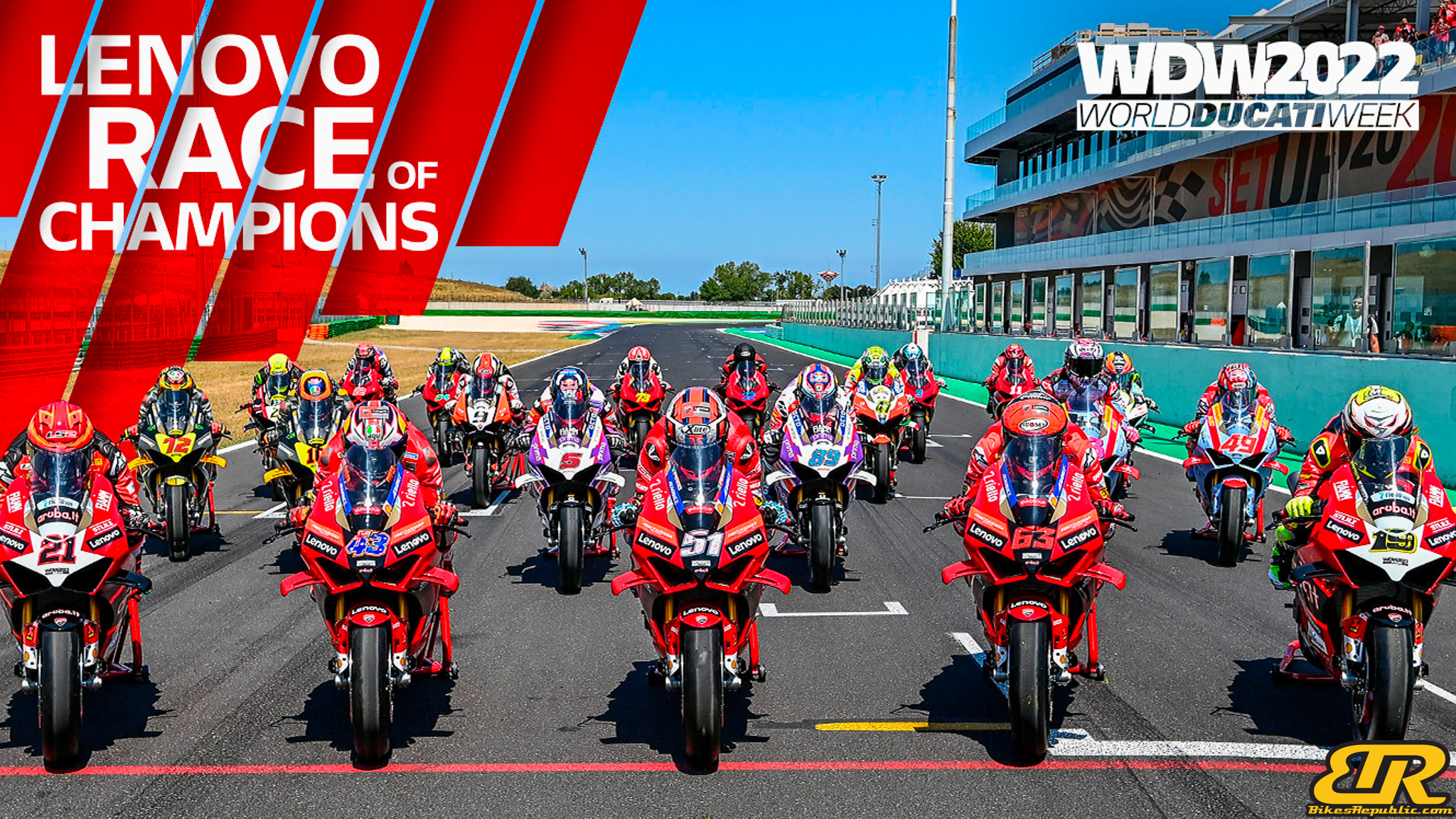 Astonishingly, all bikes that were raced during the exhibition race were sold in just a few hours. The first to be snapped up in mere minutes was Jack Miller’s number 43 bike followed by the number 63 bike of Pecco Bagnaia and the number five of Johann Zarco. Each bike was characterised by the riders racing livery with the triple clamp bearing a lasered logo of the rider’s name. 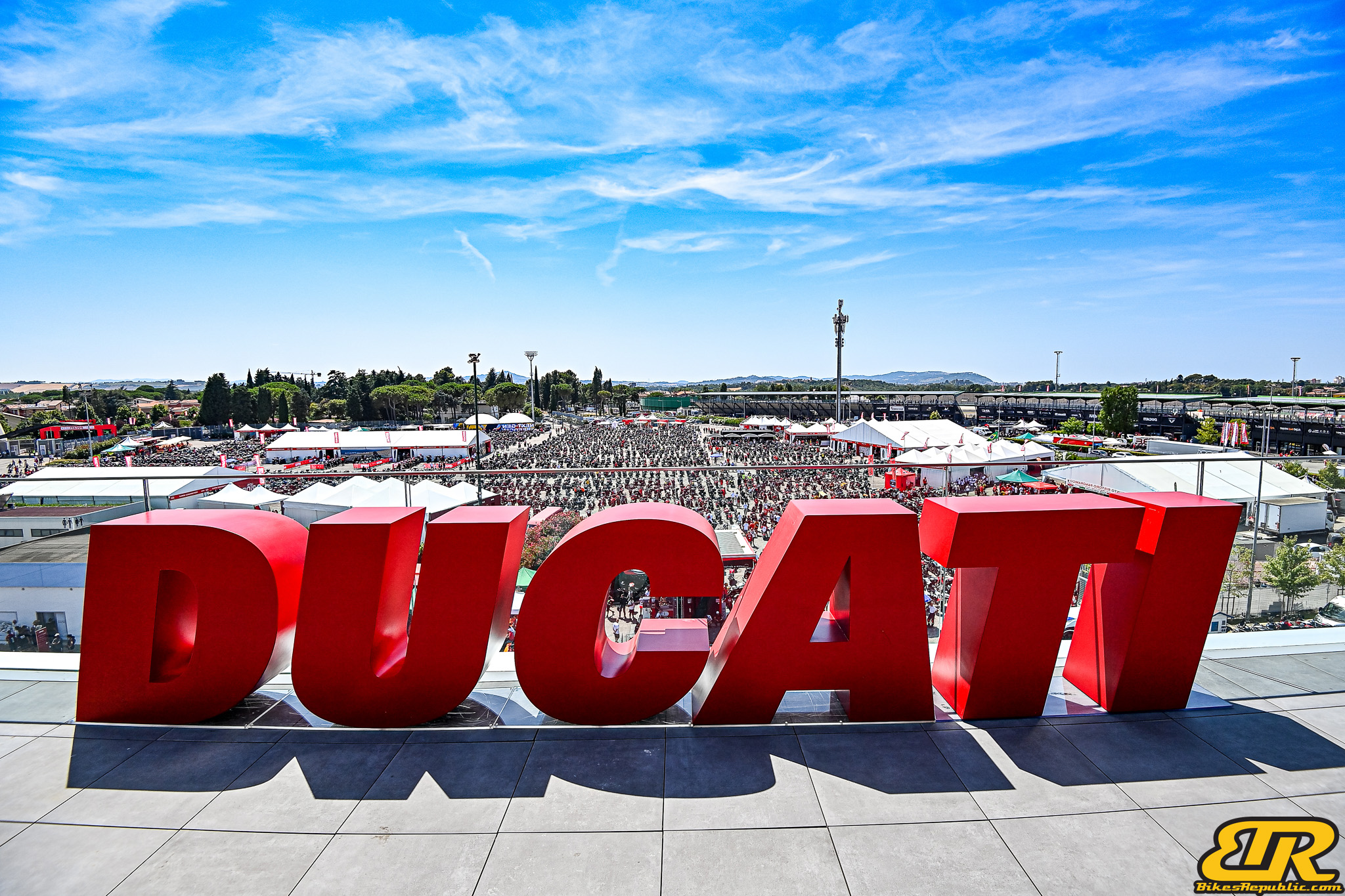 But the World Ducati Week is not only about motorcycles and races, it’s also about celebrating Ducati and everything it has to offer. 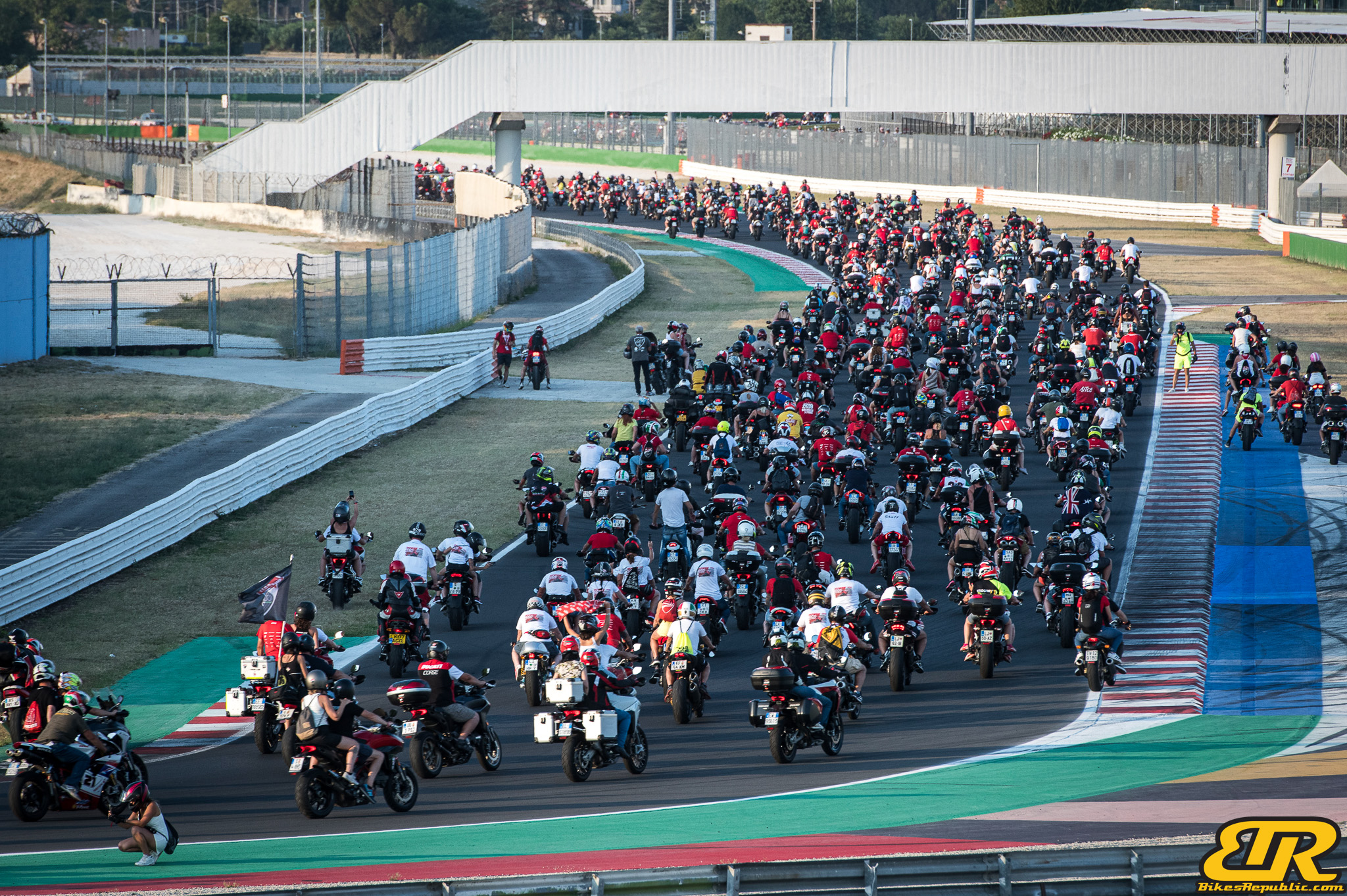 For those who love a little bit of off-roading, there was a specially laid out course where attendees could try out the latest Ducati dual-purpose machine – the Desert X! 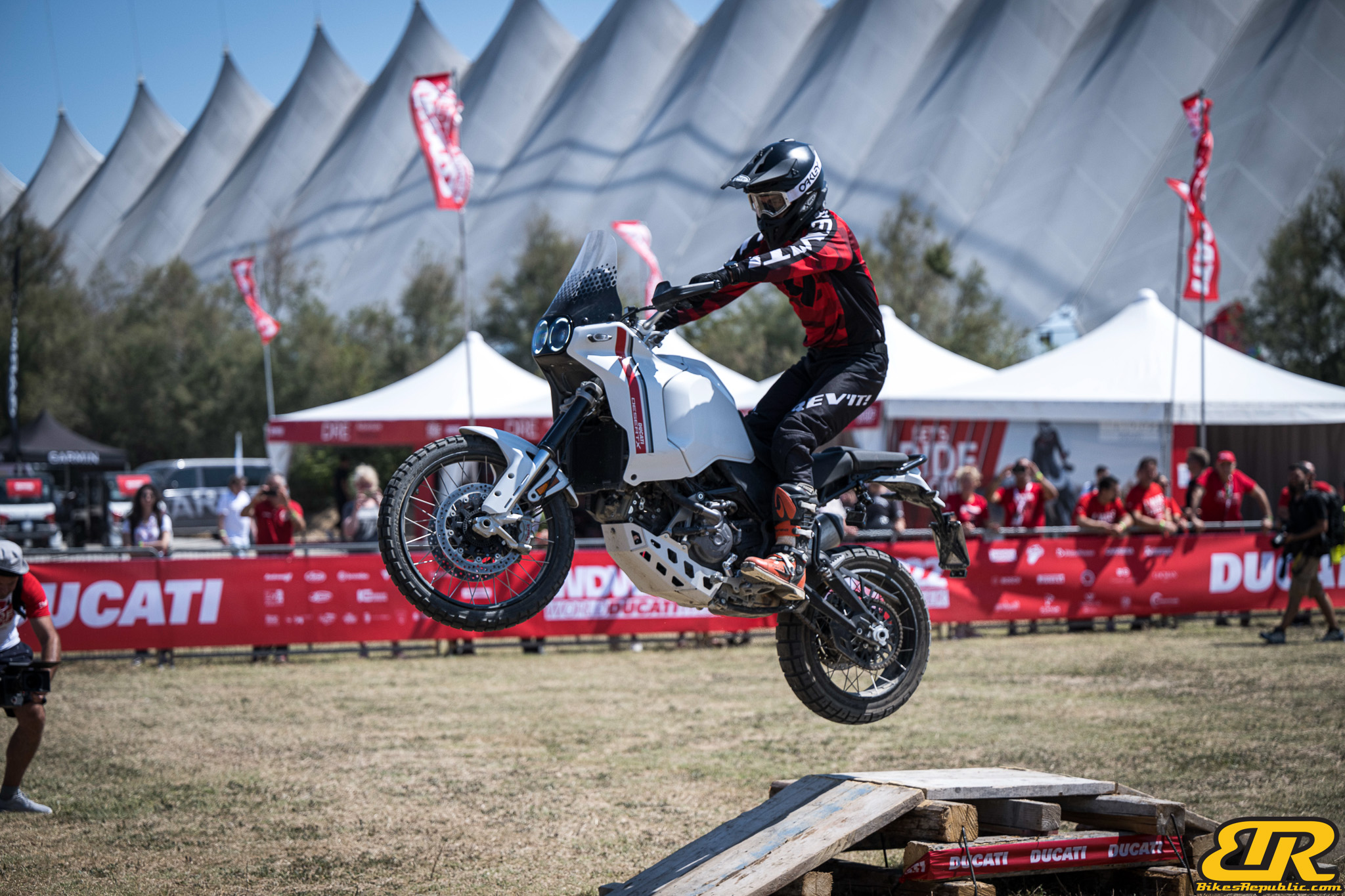 There was even a mountain bike course since Ducati also offers e-mountain bikes now. This was open to anyone who wanted to try out the latest Ducati e-bikes. 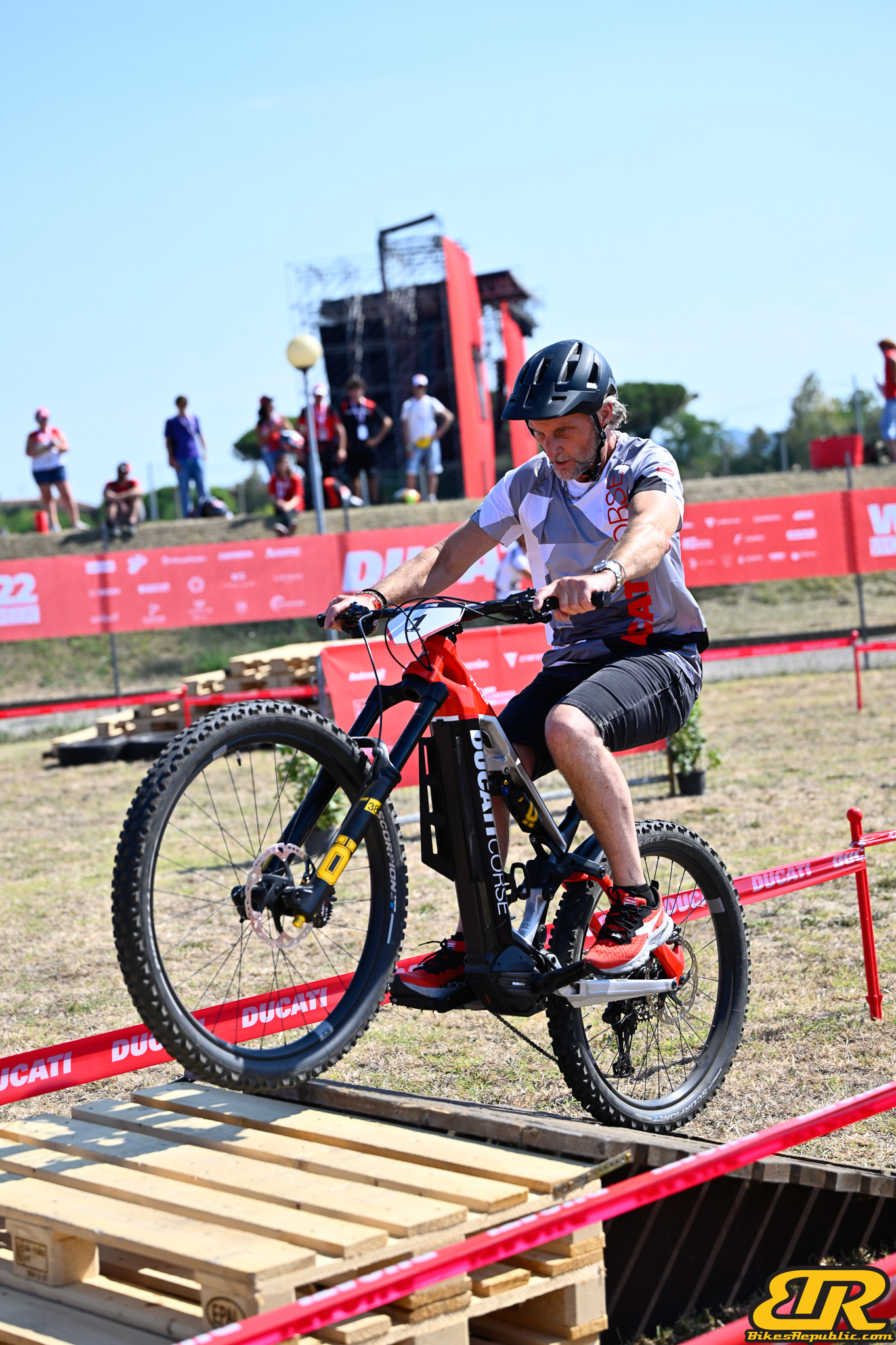 During every edition of the WDW, thousands of Ducati fans gather together to collectively ride the Misano World Circuit. There were so many motorcycles gathered together on track this year that it took a full 33 minutes for them all to snake out of the circuit. 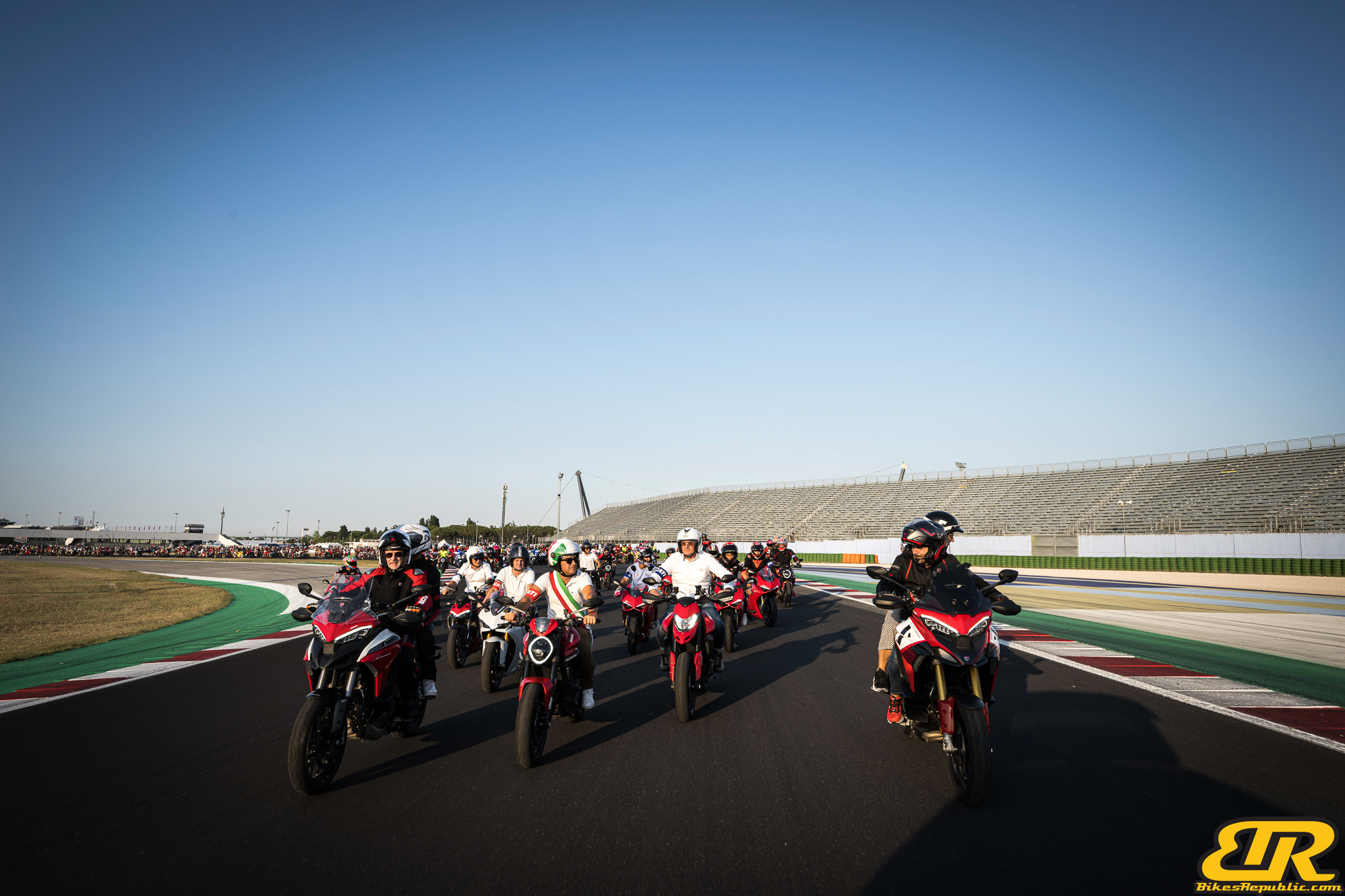 From the circuit, the thousands of bikes then rode on parade to the coastal town of Riccione for the Scrambler Beach Party. And at the head of the ‘big red snake’ was Claudio Domenicali, CEO of Ducati who rode together with MotoGP and superbike riders as well as Ducati management, leading the way for the thousands of Ducatisti. 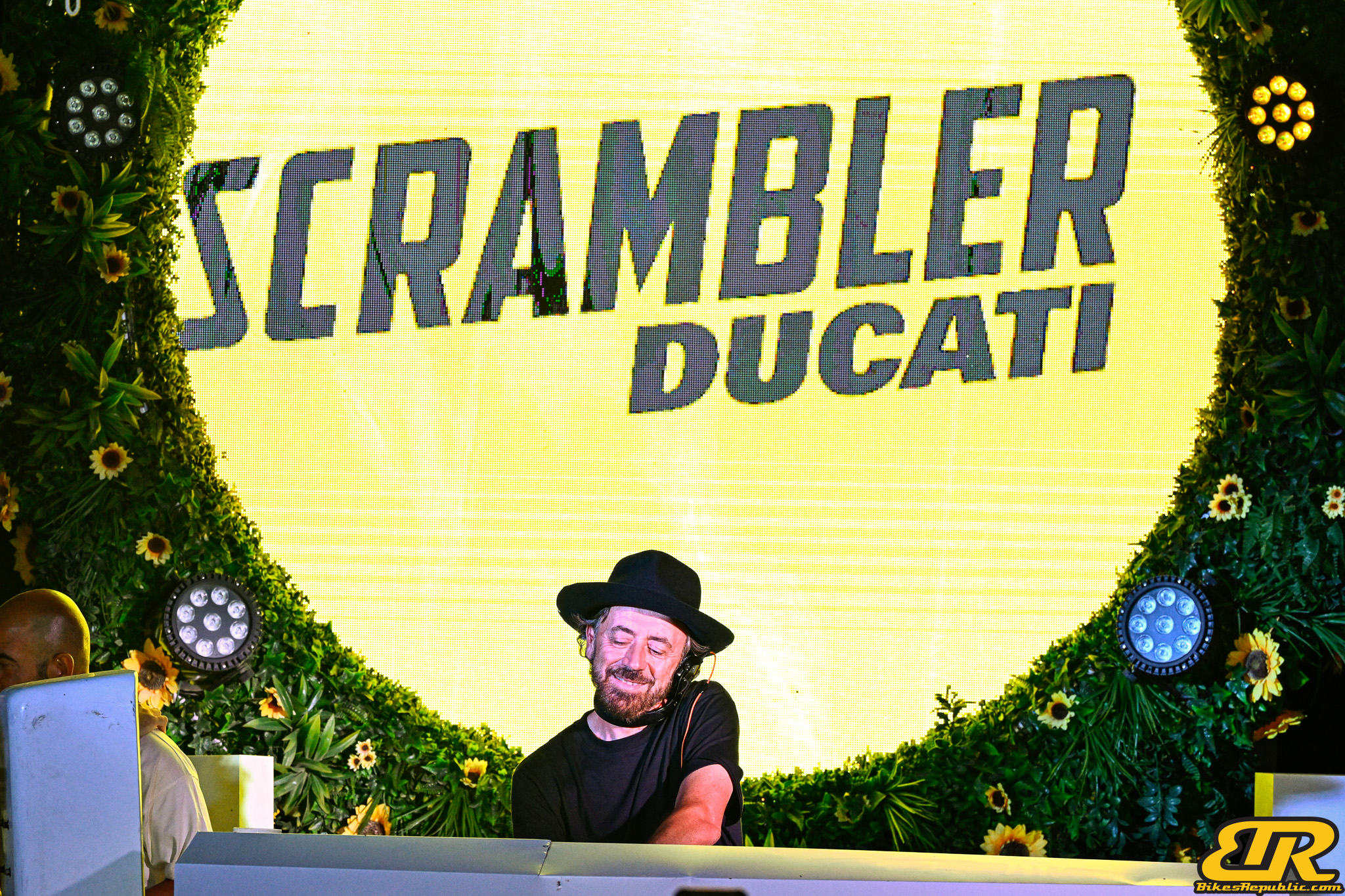 The Scrambler Beach Party is another must attend event held in conjunction with the World Ducati Weed. Held exclusively in Riccione, this year’s party was headlined by legendary Italian DJ Benny Benassi. 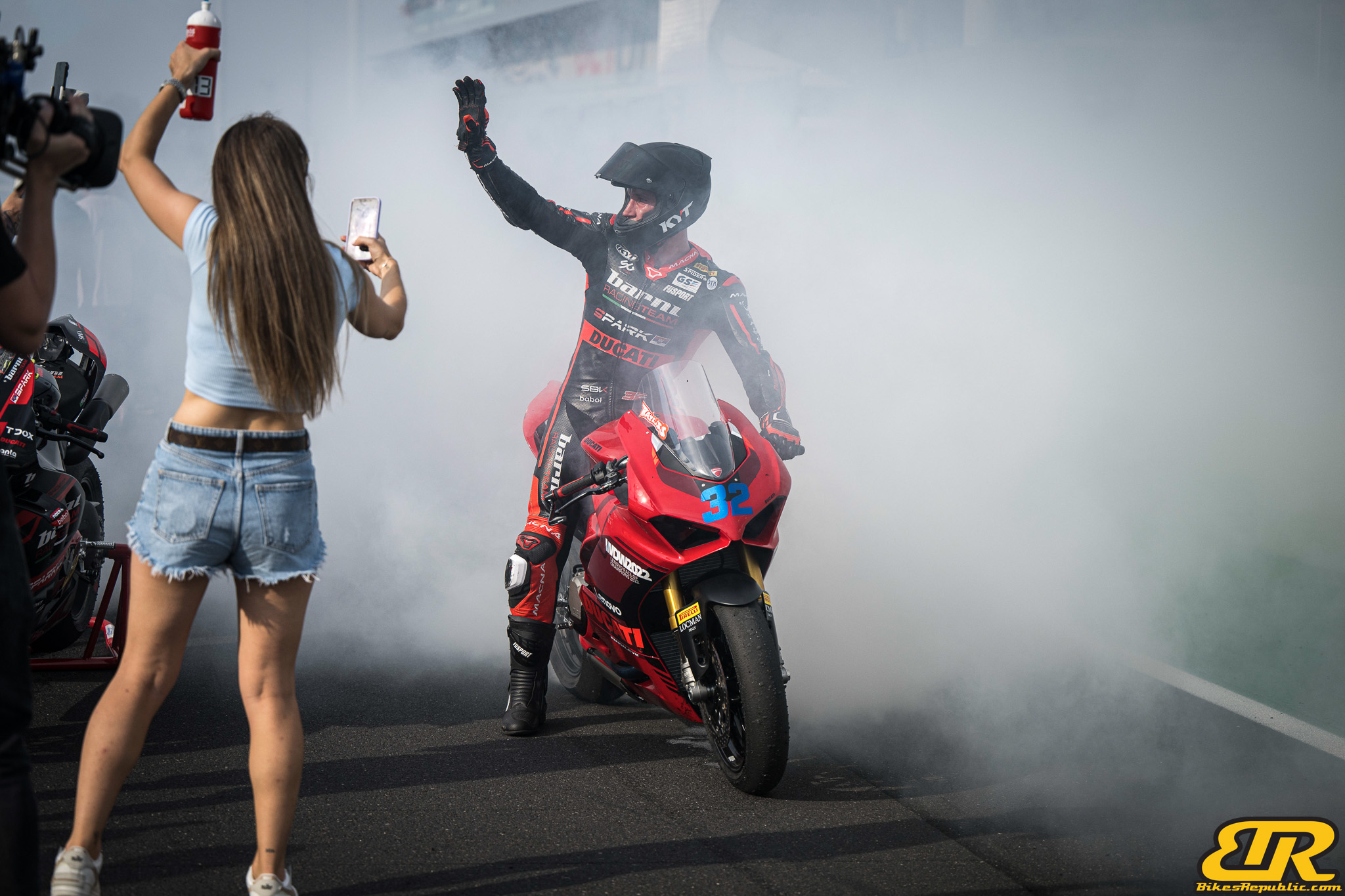 The World Ducati Week ended with a mega barbecue party held on the pit straight of the Misano circuit. The barbecue was headed by three-star Michelin chef Enoteca Pinchiorri who was assisted by the top management of Ducati in one of the largest barbecue party this writer has ever seen. The day ended with the Ducati race riders meeting their fans, an incredible firework display and a DJ set from Meduza. 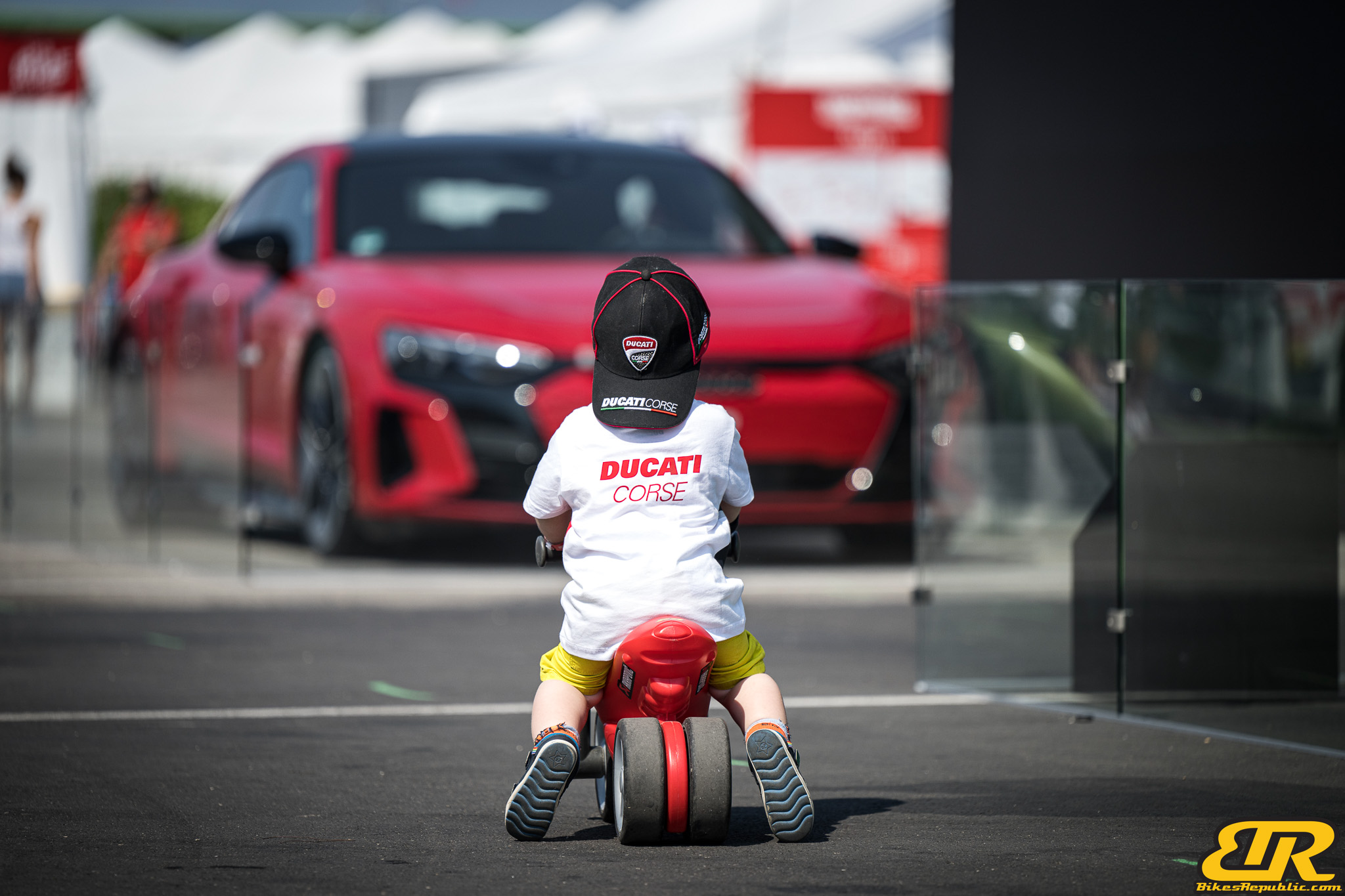 The World Ducati Week is a must attend event for every self-respecting biker. It is not only an event for Ducati owners or fans, but it has a culture of inclusivity that celebrates the spirit of riding. Among the thousands of Ducatis there were BMWs, Kawasakis, Yamahas, Aprilias and other brands. They parked among the Ducatis and made merry with Ducatisti. This is the spirit of Ducati, the inclusivity for everyone who loves motorcycles. 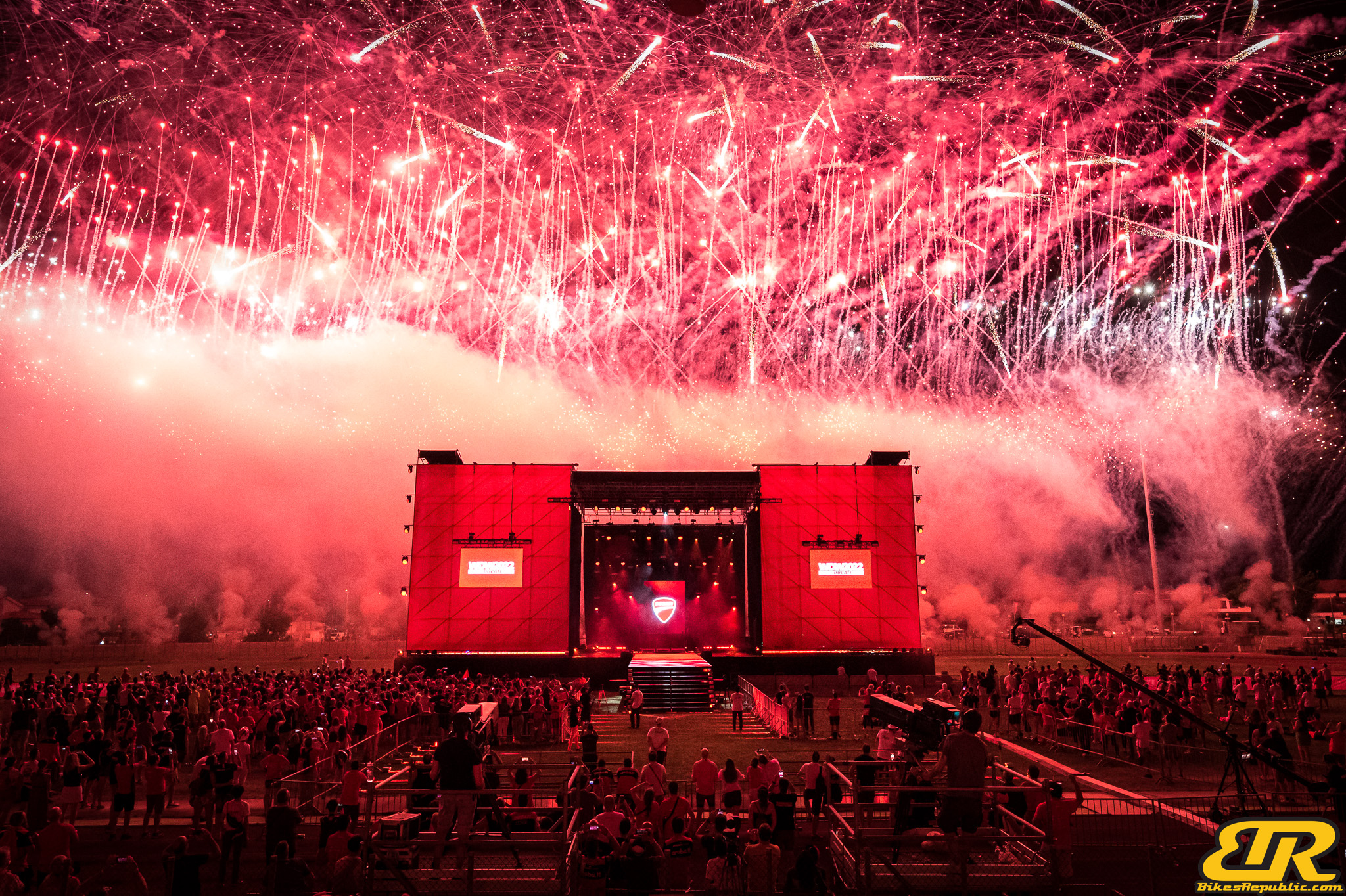