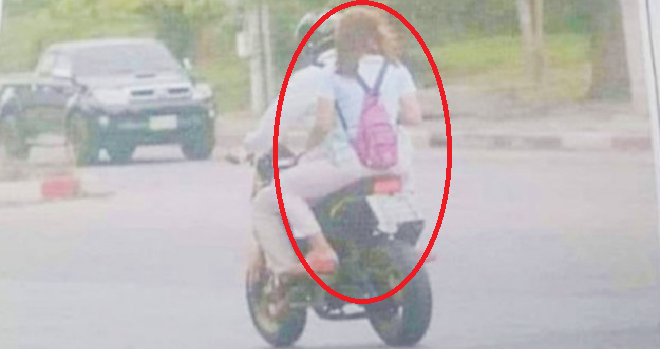 Raise your hands if you’ve ever received police summons for speeding? It shows the picture of the “offence.” Well, that’s how a woman caught her husband riding with another woman on his bike.

A Thai man had received a police summon in the mail. With his wife around, she proceeded to open the envelop to see a picture of a woman riding behind him on his bike.

What aroused her suspicion was the woman riding without a helmet, unlike what she does. Adding fuel to fire, the woman appeared to be totally relaxed and nonchalant. It finally dawned on her that it wasn’t her on the bike as a passenger. 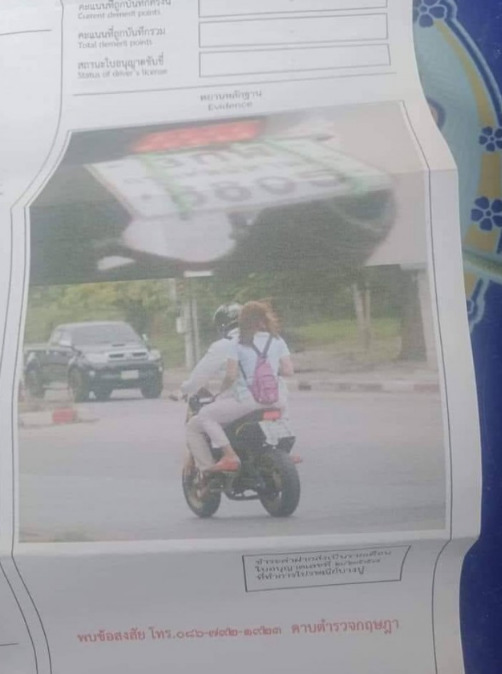 Well, you can imagine what kind of interrogation the man faces.

Some netizens were quick to “Padan muka (serves you right).” They reasoned that the police wouldn’t have shot the photograph and issued the police summons if the rider hadn’t broken the law. There was a commenter who called it “karma” for cheating on the wife.

There were also netizens who didn’t take a liking to the ahem… affair. To them the Thai cops’ “efficiency “may have ruined a marriage.

Our thoughts? Tell the passenger to wear a helmet at all times and don’t cheat. (Shh… the wife was looking at what I typed.)