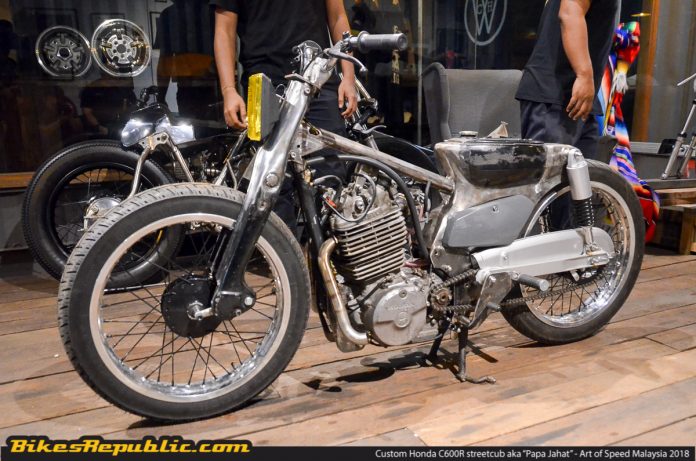 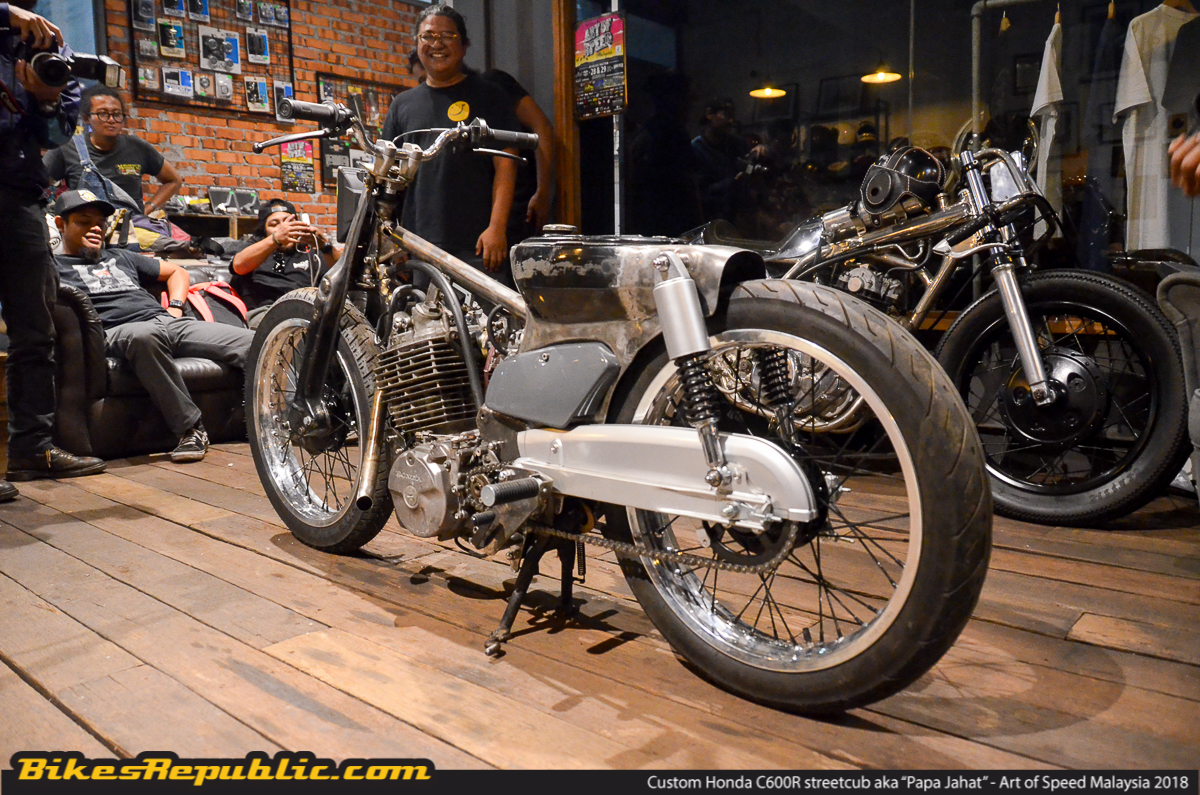 There are many iconic bikes from around the world that have gained legendary statuses and the Honda C70 was one of the first here in Malaysia to start the Supercub movement. For Art of Speed Malaysia 2018, they’ve taken the OG of kapcais and took it to a whole new level. 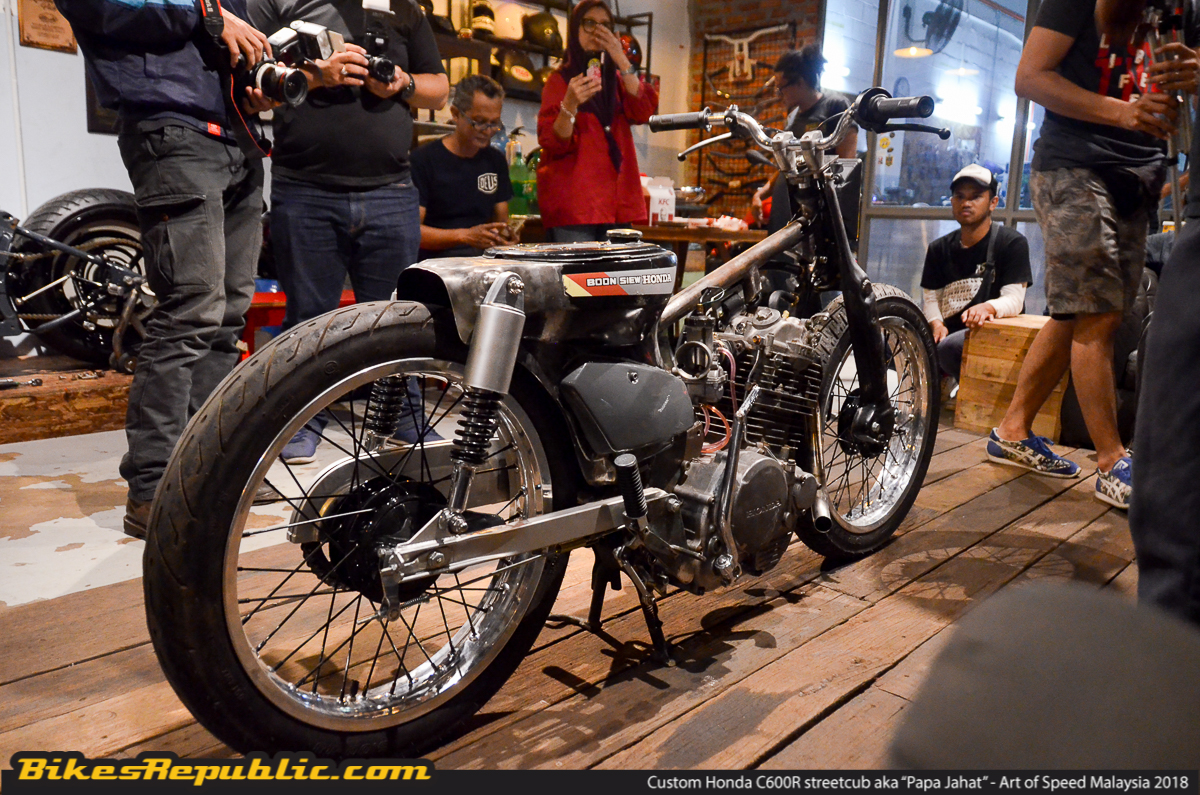 To those who are familiar with Art of Speed Malaysia and their mega annual event, you should also know that they like to give out loads of stuff and some of them are sophisticated yet amazing custom one-off machines that you can’t possibly get anywhere else. 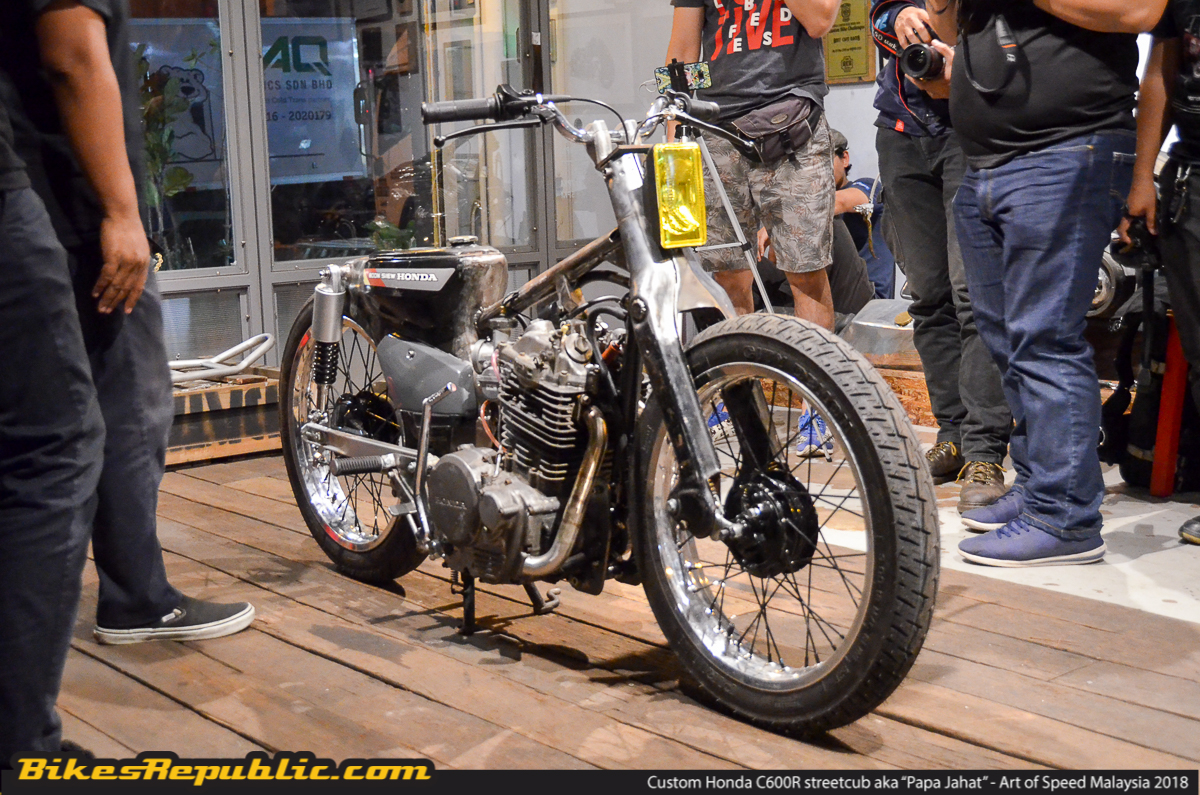 For this year’s event happening at the end of the month (28 and 29 July 2018), they’ve decided to go old school but with one hell of a major upgrade. The Sunday grand prize giveaway will be a one-off custom Honda C70 fitted with a 600cc single-cylinder, four-stroke engine taken from a Honda XR600R! The marriage between the Honda C70 GBO-J and Honda XR600R led to the birth of what they’ve dubbed the Honda C600R aka “Papa Jahat” or “Bad Daddy”. The first official unveiling was held yesterday at Beautiful Machines located in the heart of Sunway and listening to the beast coming to life was as majestic as one famous lion roaring from the side of a rocky mountain. All the main work was commissioned to one Mohamad Irwann bin Mohd Azlan aka “Cheng” from FNG Works of Ipoh, Perak. The idea was to keep the looks and facade as stock as possible (apart from that gigantic 600cc single-cylinder heart residing in the middle of the tiny frame). 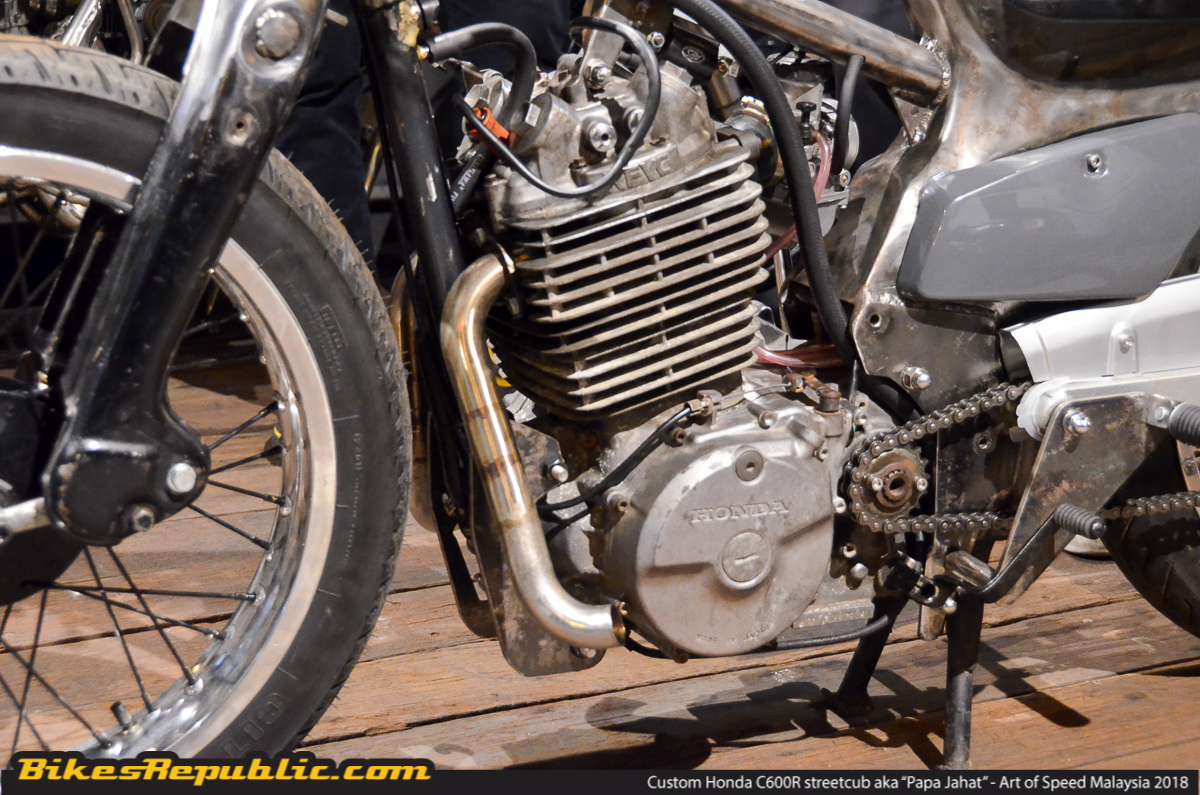 To make sure that the bike is able to hold all of its weight, the frame has gone through a major customisation and reinforcement regimes whilst maintaining its stock appearance. The swingarm and fork have been slightly upgraded to compensate the newly-found power and weight. 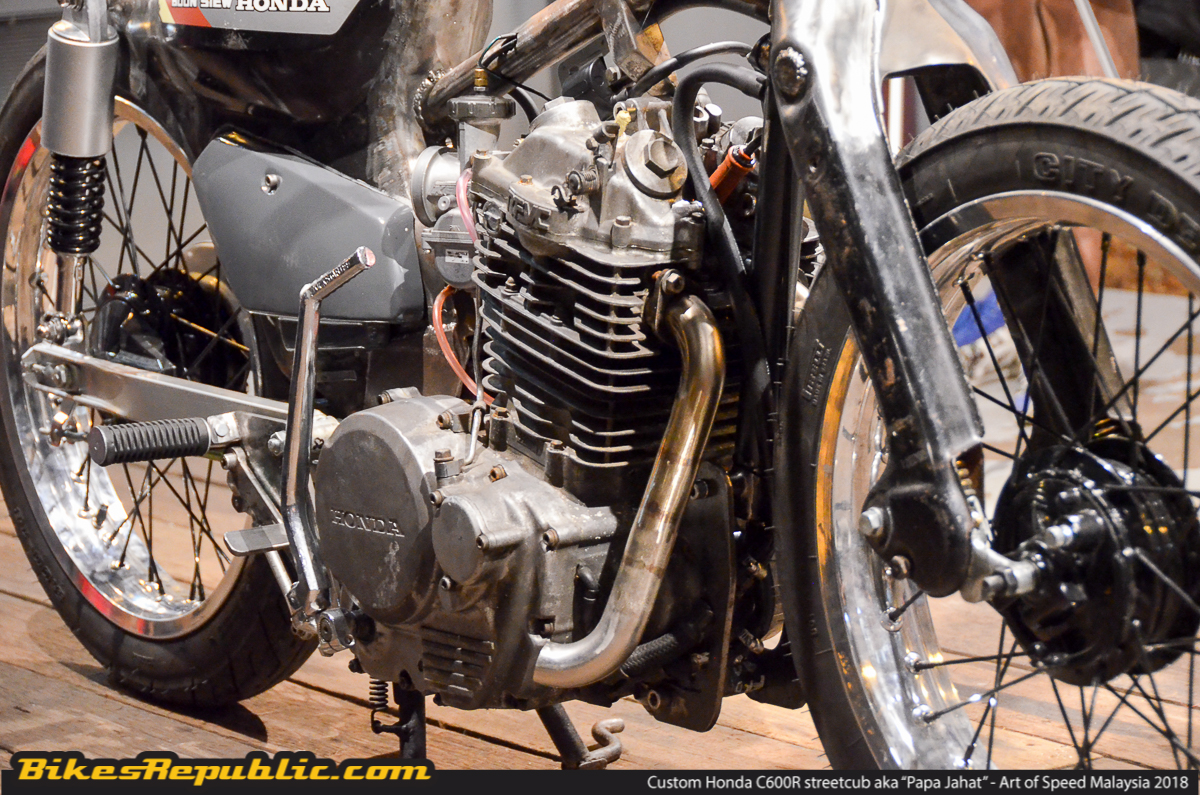 Everything from the electrical, fuel, exhaust, suspension, lighting, foot and hand controls, drive train, seat, and oil tank (which is embedded within the frame!) are all customised just for the Honda C600R. The ‘sleeper’ appeal comes to mind where a bike looks as standard as it possibly can but hides a serious firepower underneath it all (in this case, it’s open for all to see which is not really a sleeper but we love it). 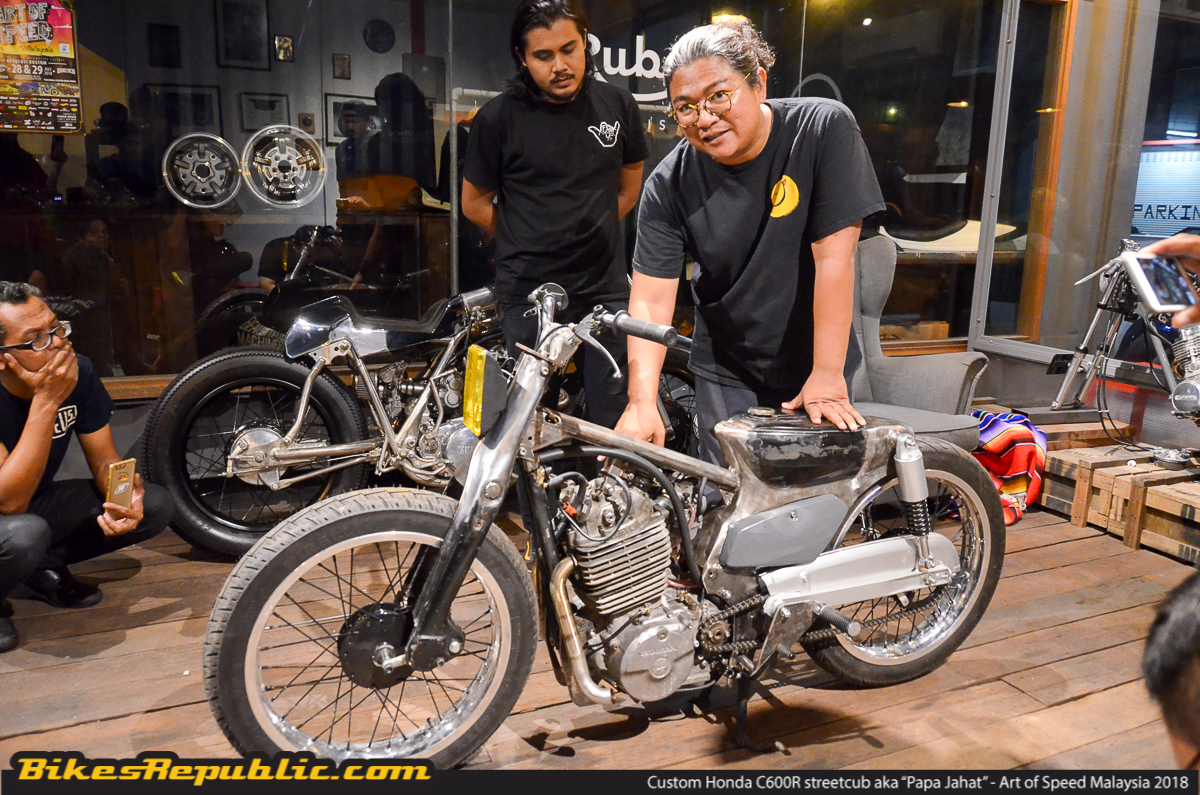 The overall cost to build this beautiful monster is somewhere around RM45,000 (so far) and come 29 July 2018, one lucky folk will bring this baby home. On the 28th, Art of Speed Malaysia 2018 will give an all-expenses-paid trip to Japan so be sure to attend both days! 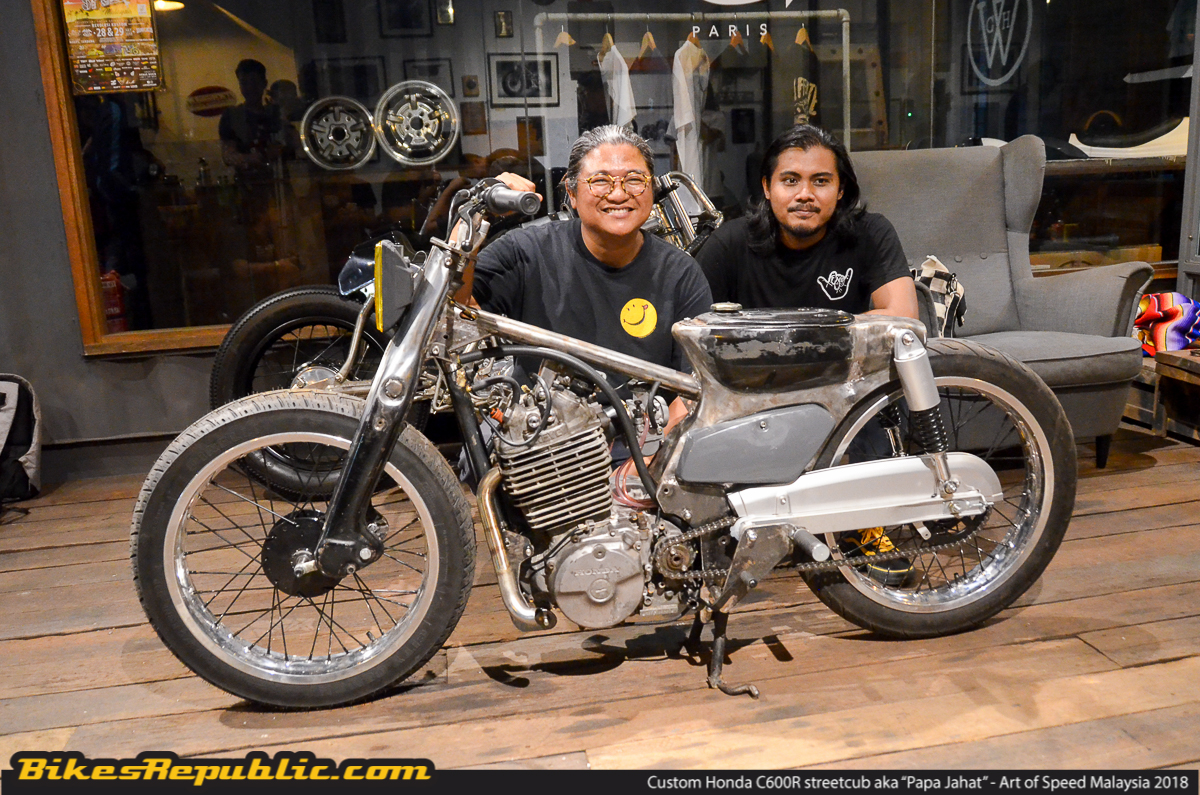 To know more about Art of Speed Malaysia 2018, head over to https://www.facebook.com/ArtOfSpeedMY/. 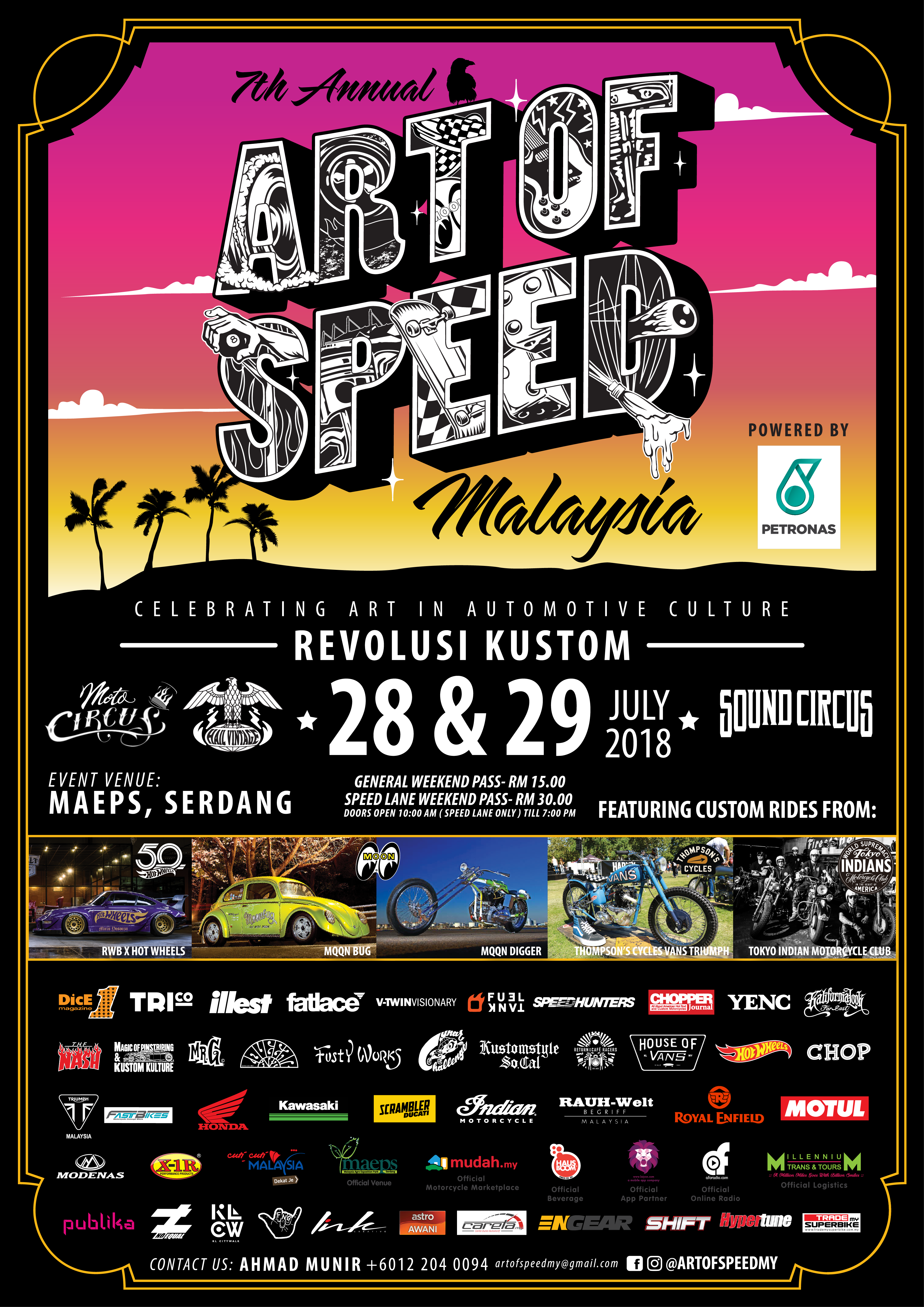 Top reasons why the Art of Speed Malaysia 2017 was AWESOME