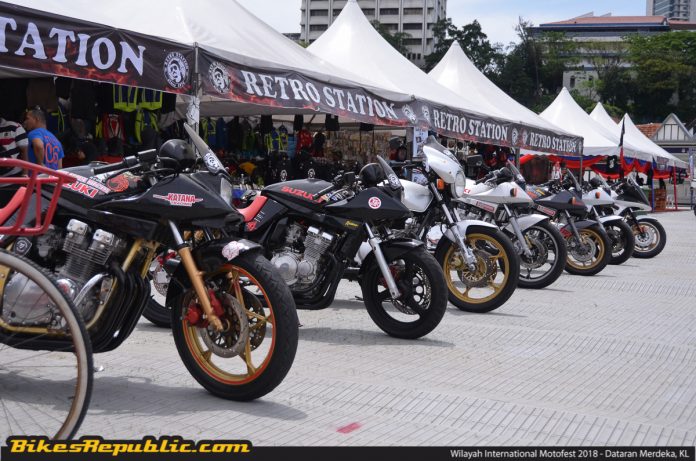 It is safe to say that this year’s event is bigger and more awesome than last year’s extravaganza. 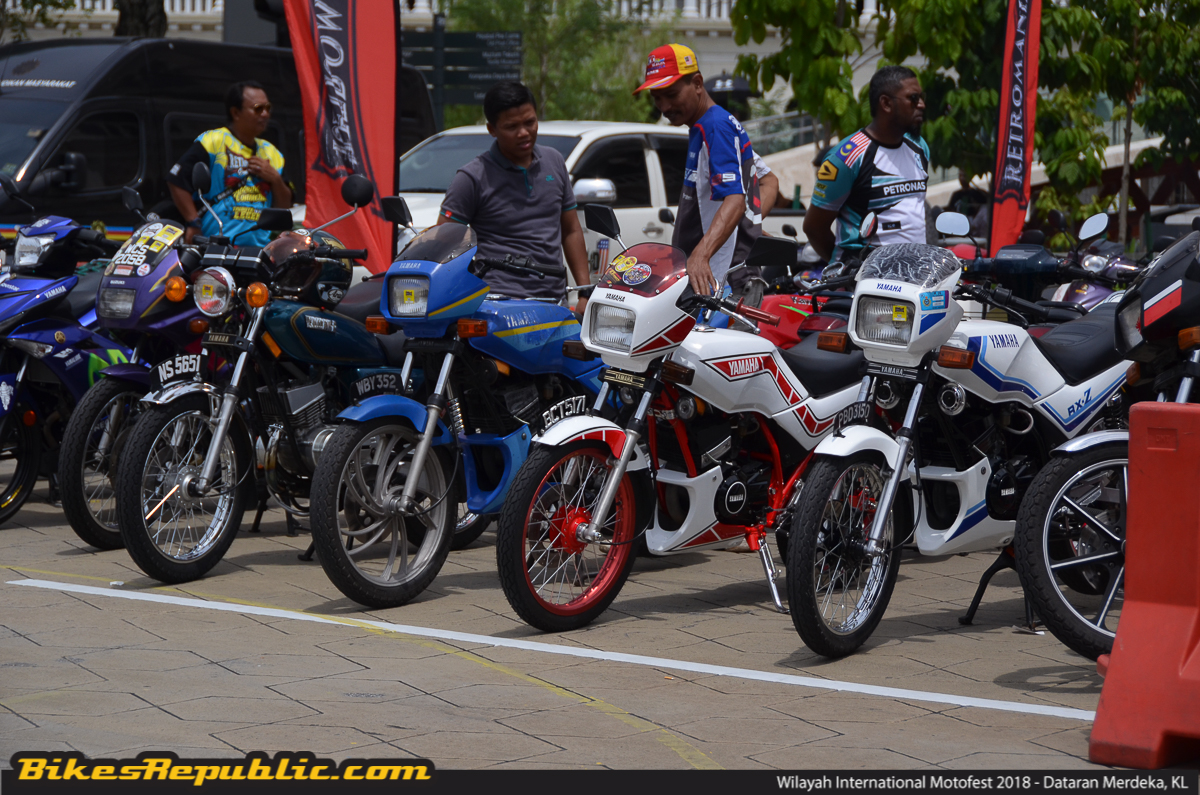 The Wilayah International Motofest 2018 (WIM2018) ran its course last weekend in the heart of Kuala Lumpur and as promised, it was a motorcycle gathering of epic proportions. Organised by Kuala Lumpur City Hall (DBKL) together with Kepala Kuasa Motorcycle Group (KKMG), thousands of participants from across the country and even neighbouring countries gathered at the historic Dataran Merdeka. 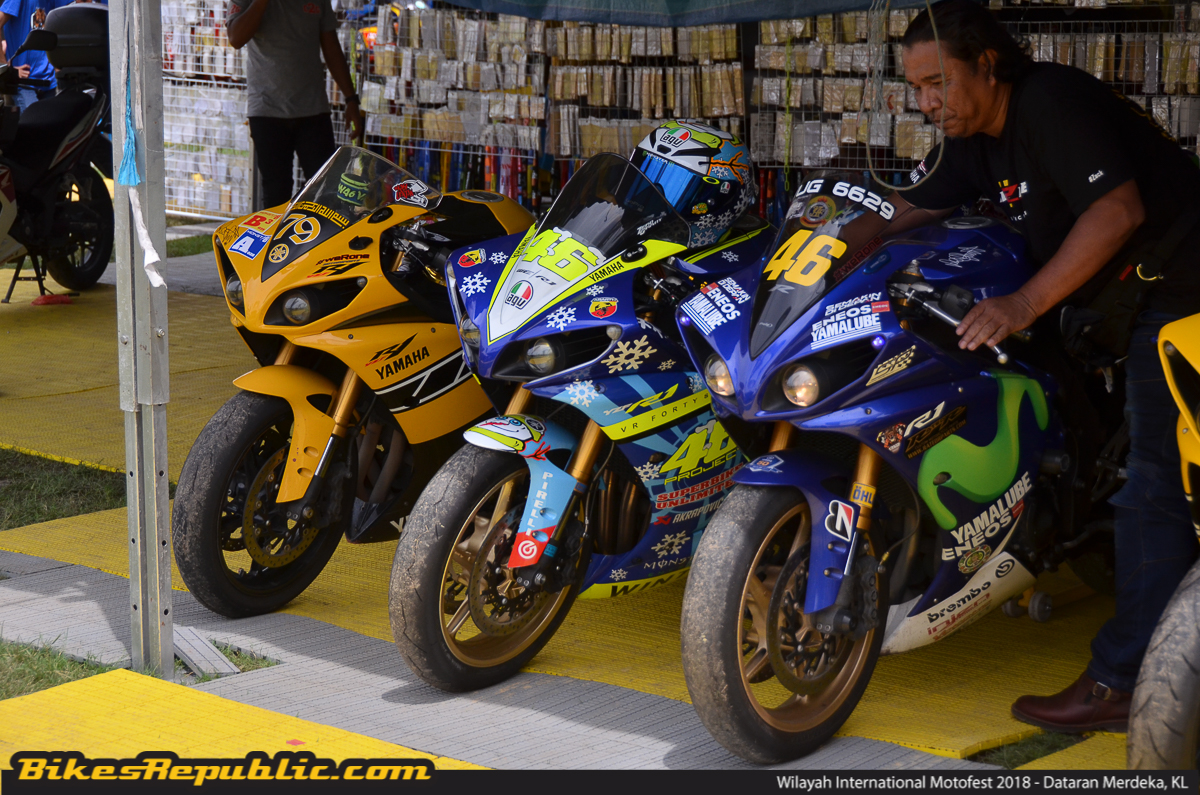 While we’re not completely sure on just how many bike clubs and bikers attended the event, the magnitude of the second ever Wilayah International Motofest was considerably larger and more festive as compared to last year’s gathering where around 70,000 bikers joined in the weekend fun. 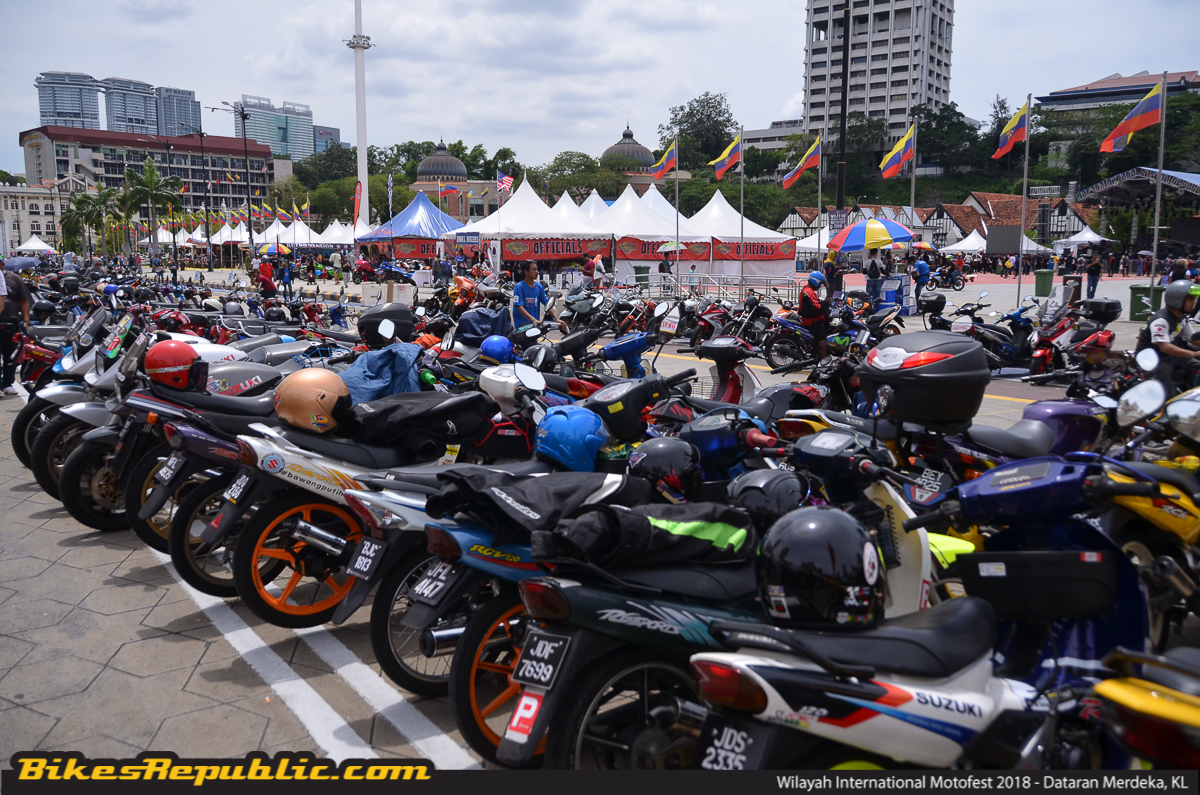 This was made possible thanks to participation and support from governing bodies like DBKL together with other industries from the field of tourism, government and private sectors as well as motoring. There were many from bike competitions, performances, stunt shows and much more to entertain the thousands that gathered in the heart of our fine city. 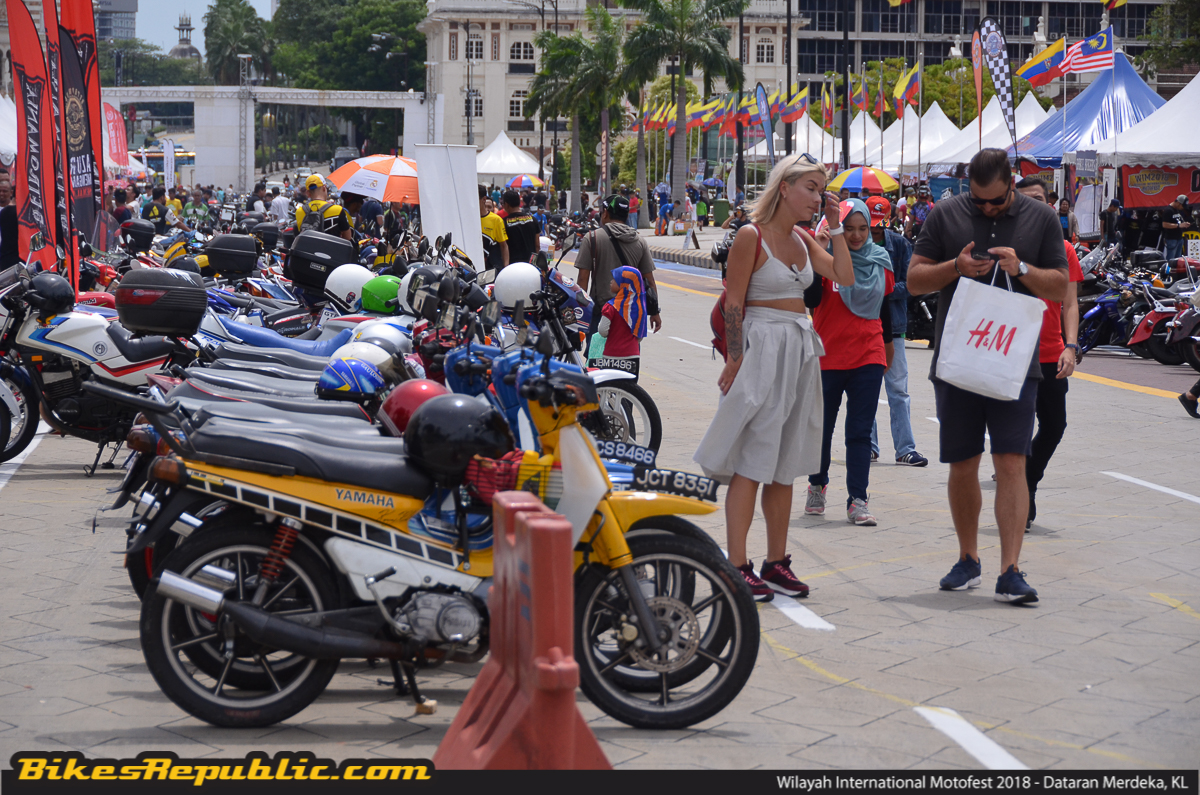 There were many highlights of the event that we can’t simply cover them all in one article but they were fun and exciting for the whole family. GIVI Malaysia brought over their touring bus to showcase their goods from fine boxes to helmets while manufacturers like BMW Motorrad Malaysia exhibited their range of fine motorcycles to the masses. 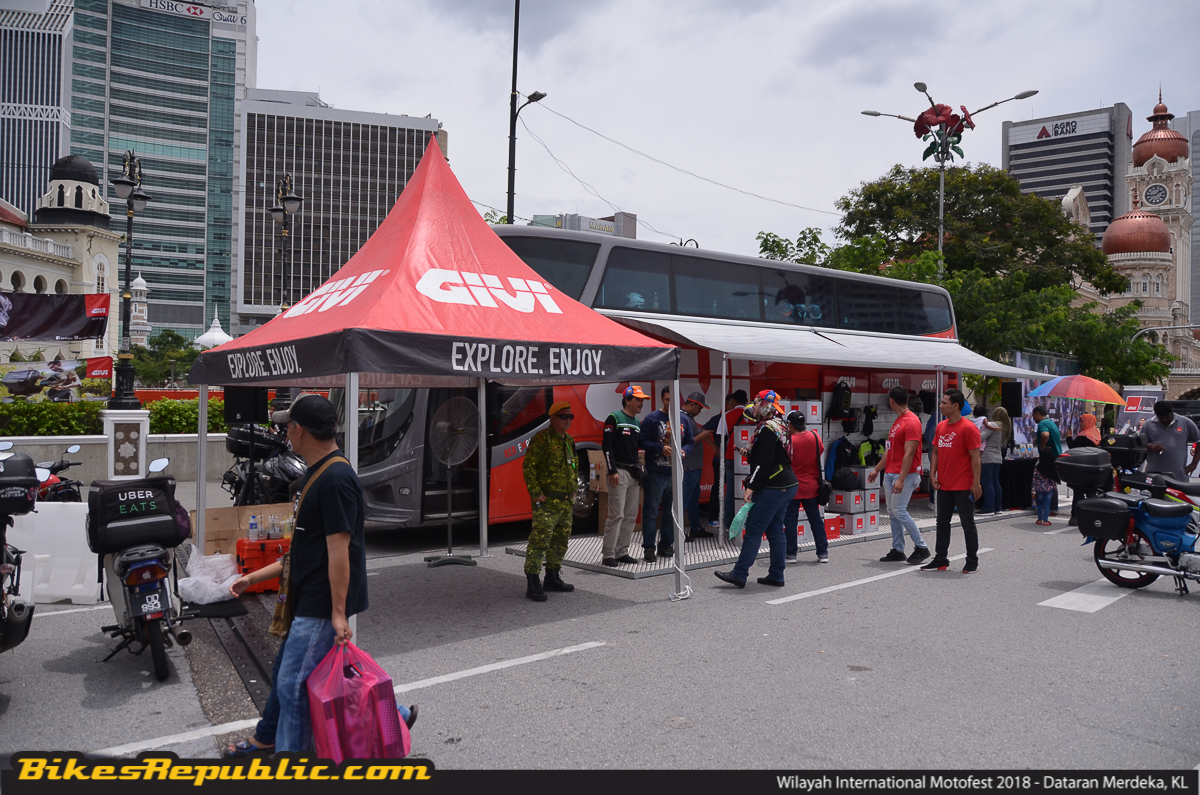 Many custom bike builders showed up with their prized machines but one of the most interesting was from Eastern Bobber dubbed “Bone-X”. Built by Omar Jumiran, the bike and a few others were displayed to showcase and gain support to send this beautiful creation all the way to Germany this October as the first Malaysian entry to ever compete in the AMD World Championship of Custom Bike Building. 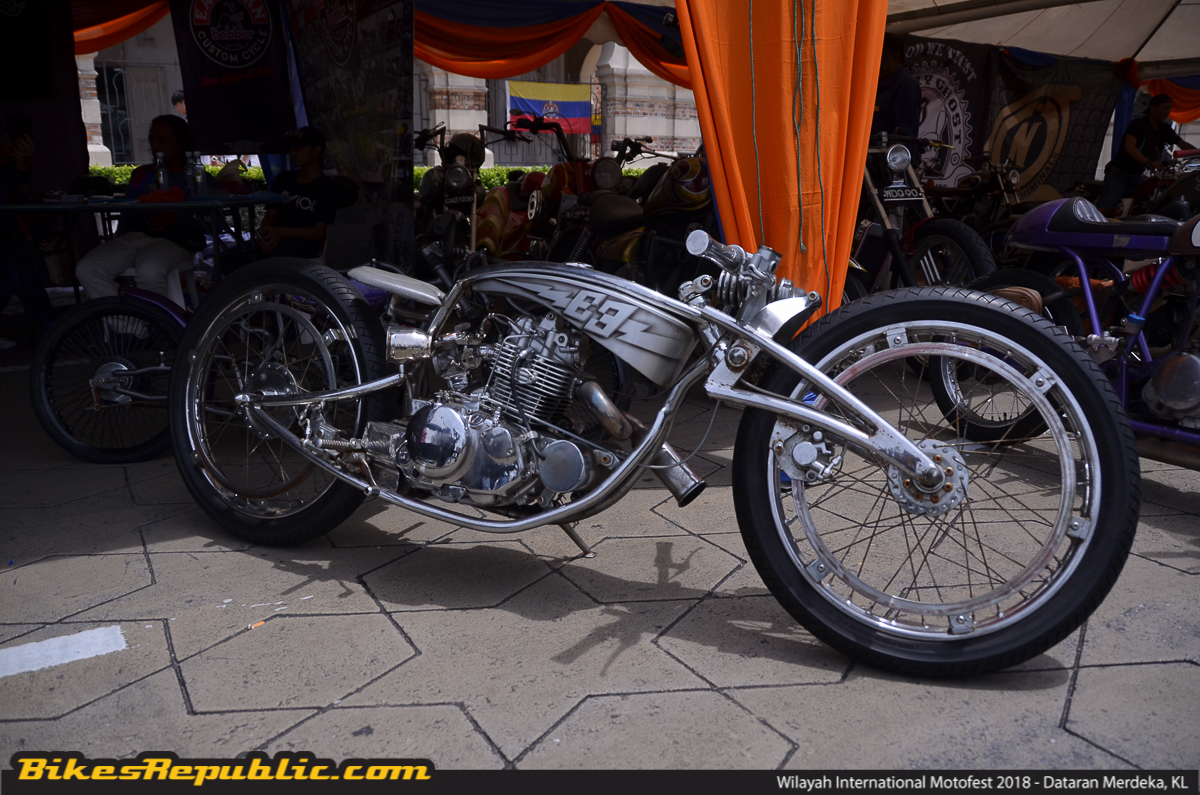 To know more about Omar Jumiran, Eastern Bobber, Bone-X and their plans for 2018, check out the link below.

Congratulations to the organisers for managing such a big event to promote the Malaysian motorcycle scene as a healthy, positive and exciting part of the country. Judging by the outcome and turn up, we’re confident that next year’s event will be bigger and more tremendous than ever before.