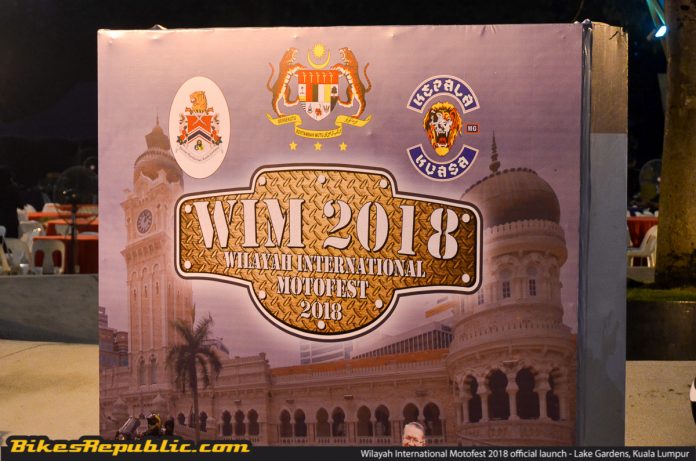 The launch of the Wilayah International Motofest 2018 was made official yesterday at the Lake Gardens, Kuala Lumpur.

The three-day event will run its course from 23 to 25 February 2018 at Dataran Merdeka. 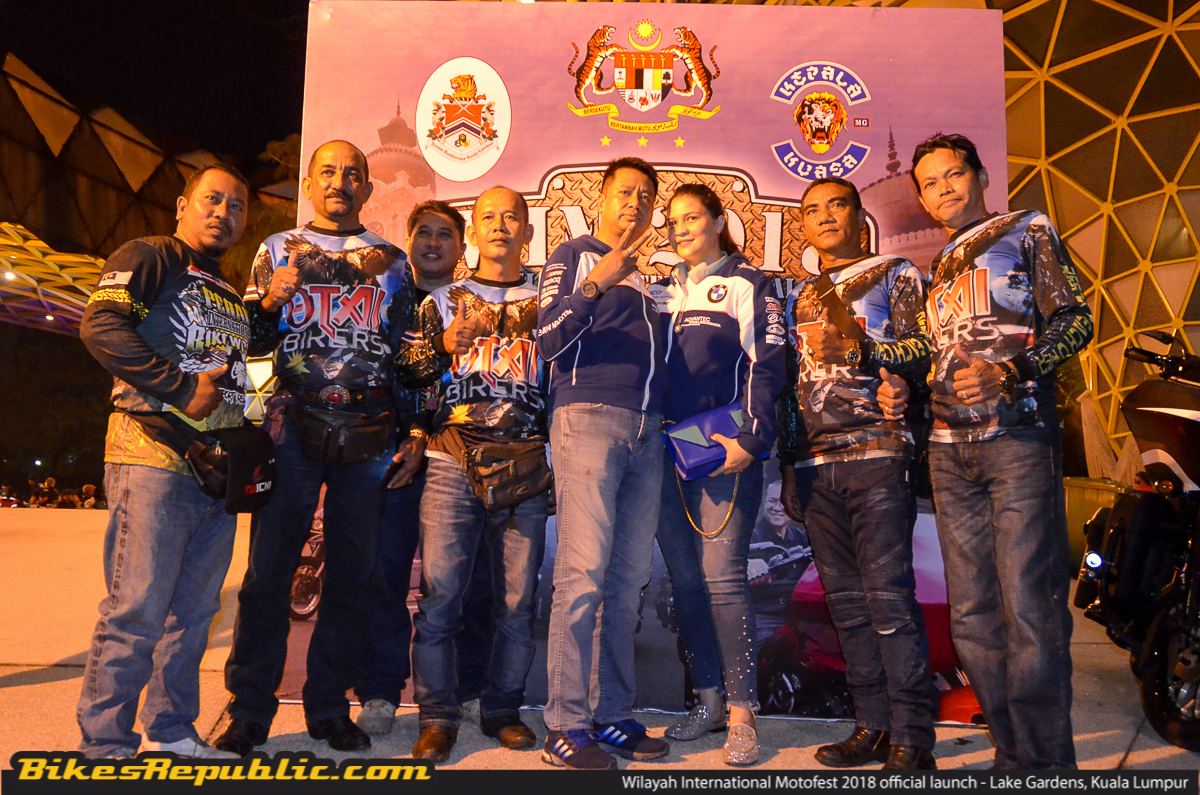 The second ever Wilayah International Motofest (WIM) was launched yesterday at the Lake Gardens KL where the organisers have confirmed that WIM 2018 will run its course from 23 to 25 February 2018. The three-day motorcycle extravaganza was inaugurated yesterday in front of over 300 bikers from across the country. 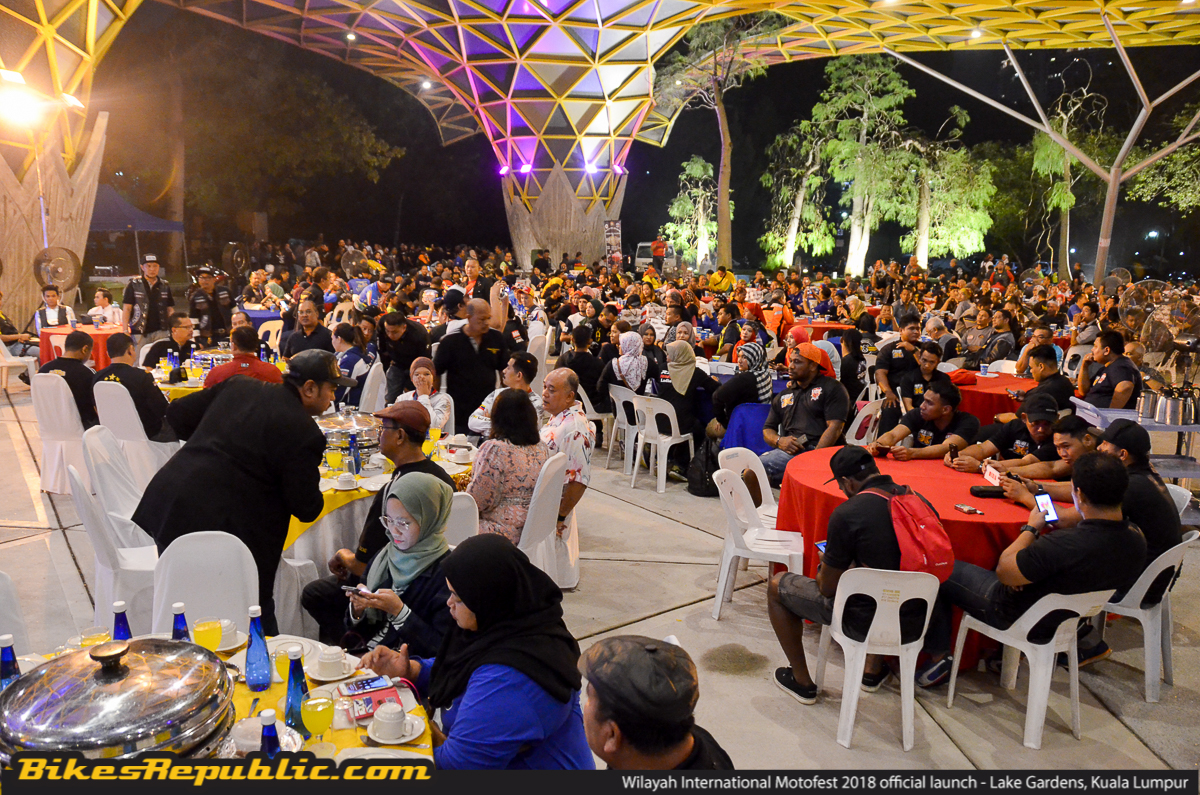 Organised by Kuala Lumpur City Hall (DBKL) together with the Kepala Kuasa Motorcycle Group (KKMG), the main event for 2018 has been set to be bigger and better compared to the first ever Wilayah International Motofest held back in February 2017. 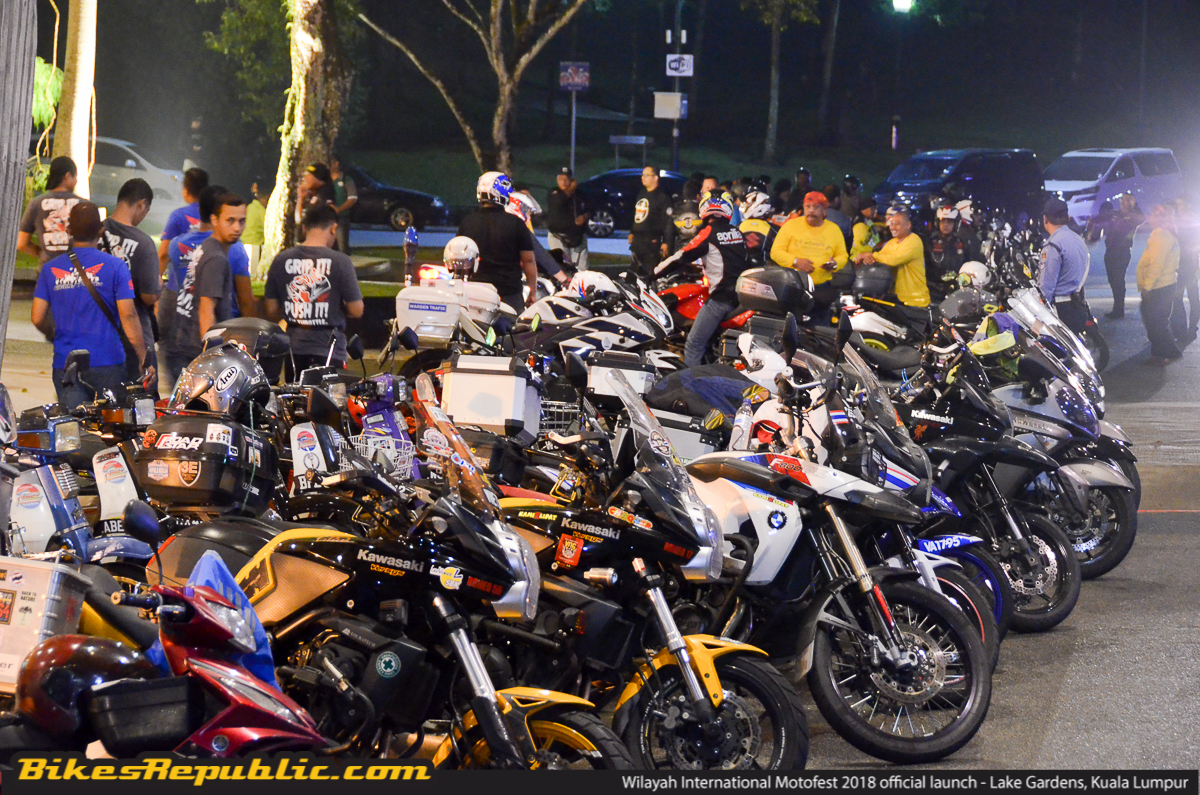 Just to give a feel on how successful last year’s festival was, over 70,000 bikers from all around Malaysia, Indonesia, Thailand, Singapore and even Brunei made their way to the Dataran Merdeka located in the heart of Kuala Lumpur where the initial target was only 30,000. For 2018, the organisers are looking to raise the bar even higher by collaborating with different industries like motoring, tourism, government and private sectors plus the general public. 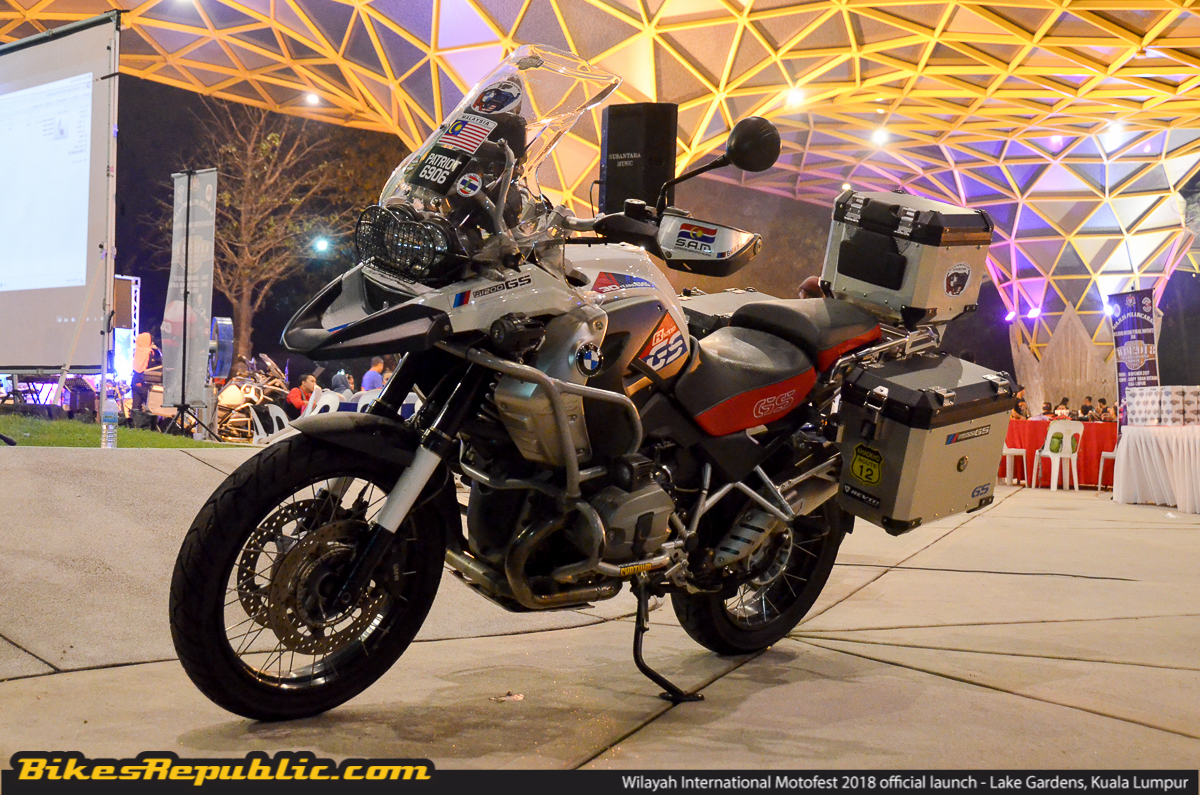 To know more on the first ever Wilayah International Motofest of 2017, CLICK HERE.

WIM 2018 is also targeting participations from major manufacturers just like how they did last year but of course, on a much bigger scale. Manufacturers like BMW Motorrad, Harley-Davidson, Kawasaki, Yamaha, Ducati, Cleveland and many more are looking to join the party alongside private workshops and custom bike builders who churn out some of the best custom bikes here in the country. 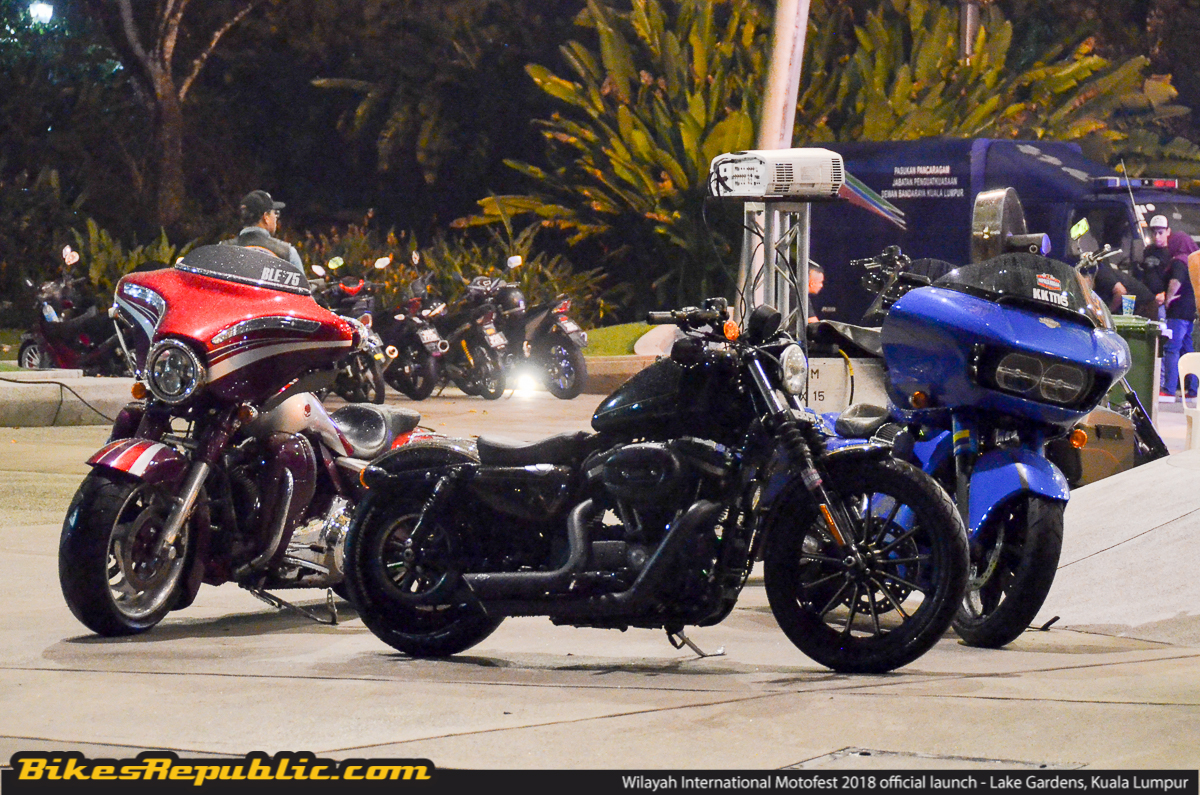 Even government bodies like DBKL, Malaysian Armed Forces (ATM), Royal Malaysian Police (PDRM), Fire and Rescue Department of Malaysia, and many more will be showcasing their best stuff during the three-day event next February. Apart from entertaining the participants, they’ll also educate the public regarding their responsibilities to the society. 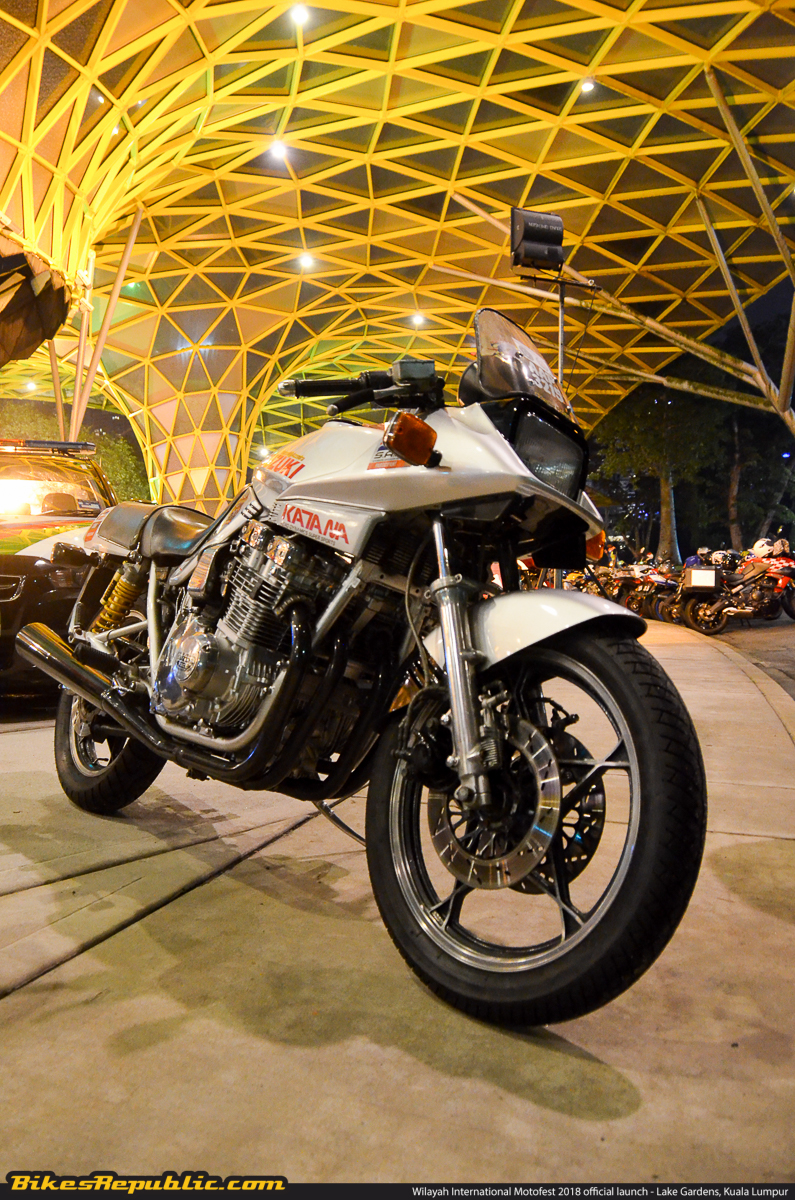 There will be tonnes of activities bikers and all other members of the family. From bike-related competitions, stunts to awesome exhibitions, the 2018 International Wilayah Motofest will be bringing the heat to the heart of Kuala Lumpur as one of the biggest bike events in Malaysia. To know more on WIM 2018, head on over to WIM official Facebook page.