We’re overstating the obvious here, but tyres are definitely the most important component on your motorcycle. Tyres not only determine the bike’s handling, but also translates to rider safety, confidence, comfort, and fuel consumption in the overall picture.

But what are the factors you should base your choice on?

Do realise that all tyres are a compromise between mileage vs. wear, slow-speed vs. high-speed handling, stability vs. quick-turning, and many more aspects. A tyre that is popular in racing championships such as MotoGP and World Superbike may not suit your riding style or the mileage you have in mind. 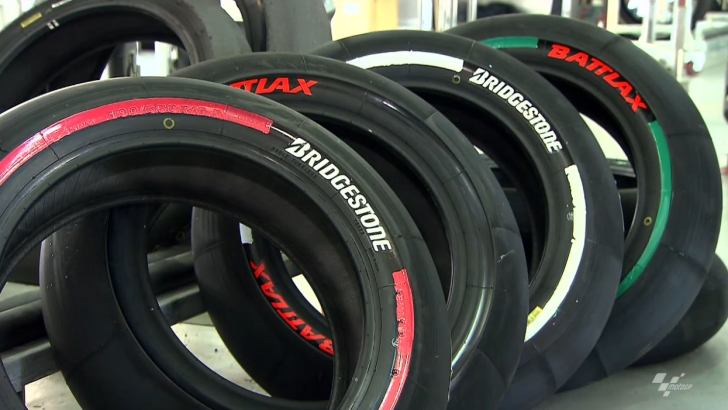 That’s because different brands and even the models offered by one brand have different characteristics. For example, Bridgestones generally have hard sidewalls and round profiles compared to Metzelers and Pirellis that have softer sidewalls and round profiles. However, while the Pirelli Supercorsa ‘s profile is rounded, the Pirelli Angel ST sport-touring tyre is triangulated.

Firm sidewalls provide lots of feedback to the rider, but may not provide the confidence and comfort to some riders when the road gets bumpy. Conversely, soft sidewalls are more compliant, thereby providing more confidence over bumps at the expense of some feedback.

Furthermore, certain tyres are made to slide early as a signal to rider who’s nearing the limit (although there’s still much traction left). I personally like this characteristic because I don’t have to second guess the tyres’ limits, especially when riding in the rain or on wet roads. Certain riders may find it disconcerting or terrifying to have their tyres sliding around.

A triangulated profile gives the sensation of quick steering and willingness to lean into a corner. Additionally, a triangulated profile provide better side grip due to bigger contact patches. However, these type of tyres may not feel as stable when riding in a straight line and hard braking. 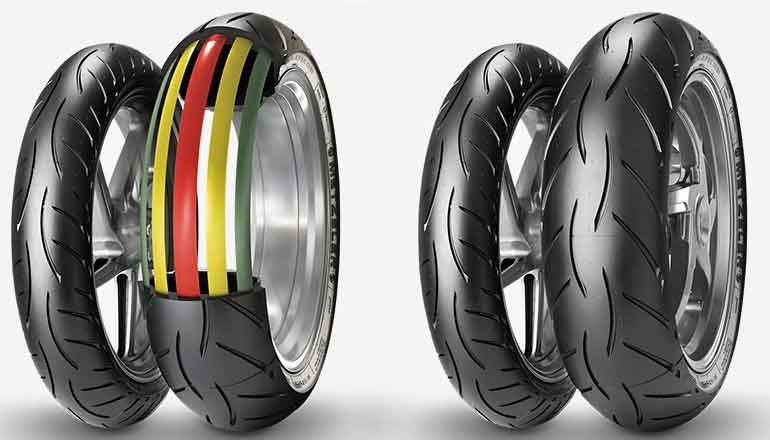 A round profile tyre offers more stability when running straight and during hard braking, sacrificing quick turning and flickability, hence feeling more neutral. Besides that, round profile tyres allow the rider to maintain his chosen line with comparative ease.

Again, the question: Which one?

It depends on your riding style, preference (read: brand) and skill level. My personal choice is the triangulated profile as I like the extra agility when commuting. But it’s also because of my preference to turn into corners later on the streets (to allow me to see further through corners), which requires me to flick the bike in quickly. Conversely, I prefer the round profile tyre on the track where the corners are set in place and since there’s no need to cilok through traffic.

One undying tyre myth is that stickier race tyres allows riders to go faster. While this certainly applies to the track, it isn’t so on the streets. 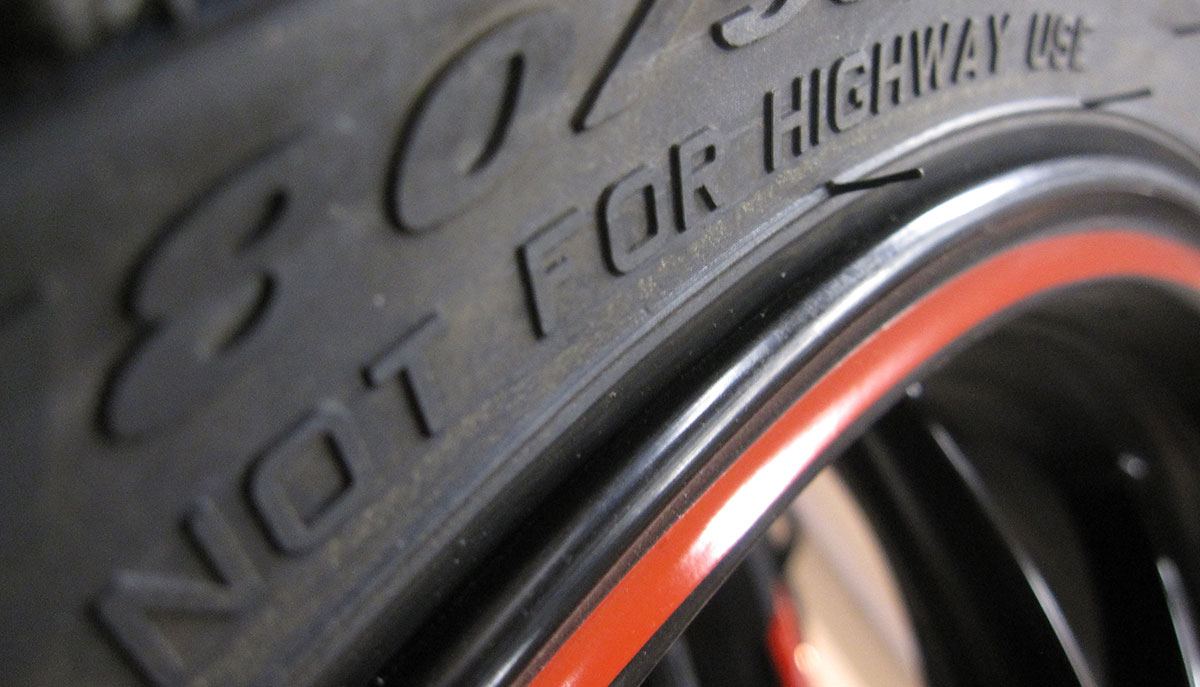 As most already know, rubber becomes more pliable when it’s heated up, allowing it to conform to the “peaks” and “valleys” in the road surface. This heating and cooling cycles also alter the tyre’s character, turning the compound harder and harder over time.

Race tyres are made just for that: Racing. They perform at their optimum levels once or twice and then discarded. Race tyres are also designed to withstand more heat due to the extreme speeds; cornering, acceleration and braking forces; and abrasion before they finally degrade. For this reason, they need more time and aggressive riding to get them up to working temperature. That in turn makes them unpractical for street use, as riding like a madman everywhere is just plain impossible, not to mention dangerous even if one is able to.

Besides that, dry race tyres don’t have much tread or even at all to handle rain, or other dirty conditions on public roads. Wet weather racing tyres on the other hand uses ultra-soft compound that’ll destroy itself in less than 60 km when ridden in the dry.

Tyre technologies have advanced so much that even sport-touring tyres provide better grip for 90% of all the riders out on the streets. The Bridgestone T30 Evo, Pirelli Rosso Corsa, and Pirelli Angel ST, Michelin Pilot 4 are pretty good examples. You’d be surprised what some skilled riders could do with these tyres. Let’s be honest with ourselves here. Most of us couldn’t outride the capabilities of modern sport-touring tyres. 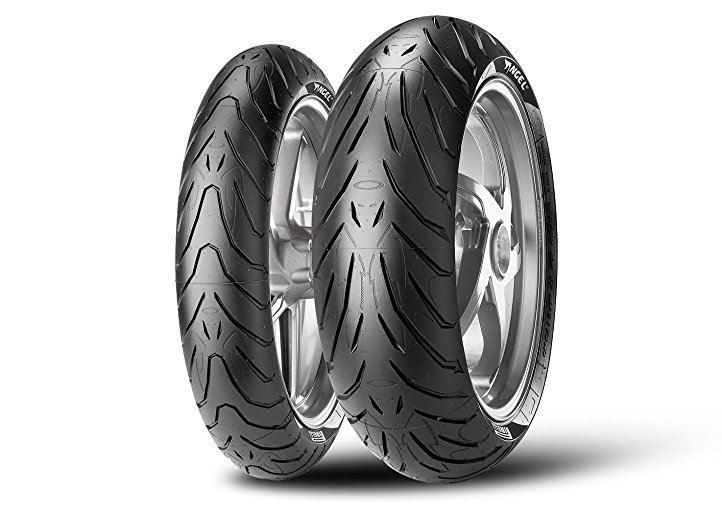 On the other hand, it’s not wrong to fit supersport tyres if that’s your cup of tea. However, do consider if your riding or intended riding consists mostly of daily commuting on the highway, with just the occasional weekend lemang ride and rarely to never on the track. It may make more sense if commute between Ulu Yam and the city, but how about rainy days? 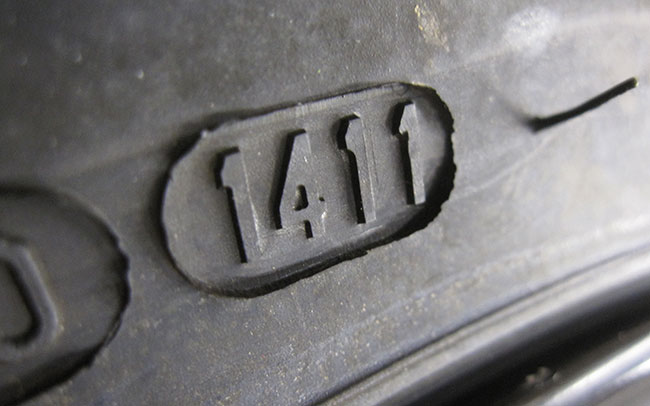 Never buy tyres that are six years old or more, including second hand ones.

Speaking of used tyres, I’ve met riders who complained that their used tyres were terrible and couldn’t understand why many other riders swear by them.

Remember the earlier discussion about heat cycles? It’s safe to assume that second hand tyres have gone through a few heat cycles before being put up for sale. The chemicals in the tyre will “outgas” leaving behind a tyre that’s pretty much unlike a fresh tyre anymore, despite looking new and has deep treads. 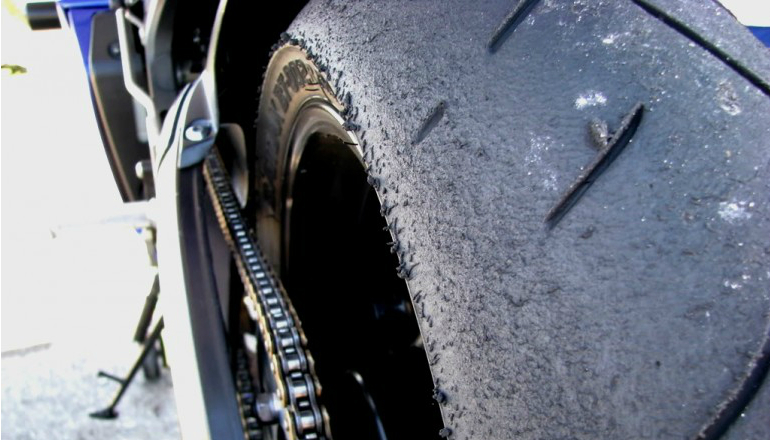 Apart from that, because each rider has a different riding style or skill, a tyre will take on the characteristics as the direct result. Yes, you may say that tyres have “memory.” This is also one of the few reasons why we feel “different” on a friend’s identical bike.

Again, it’s not wrong to use second hand tyres, but do not compare them to how they would be when new.

Breaking in, or running in, new tyres should be done with some thought.

A tyres need a few repeated heating and cooling cycles to stabilize its chemical compounds. Additionally, how you break in a tyre will determine how it would perform further into its life. Too much stress early in a tyre’s early life will have it hardening quicker. As such, don’t be too gentle or greedy in breaking in your tyres during the initial 300 km. 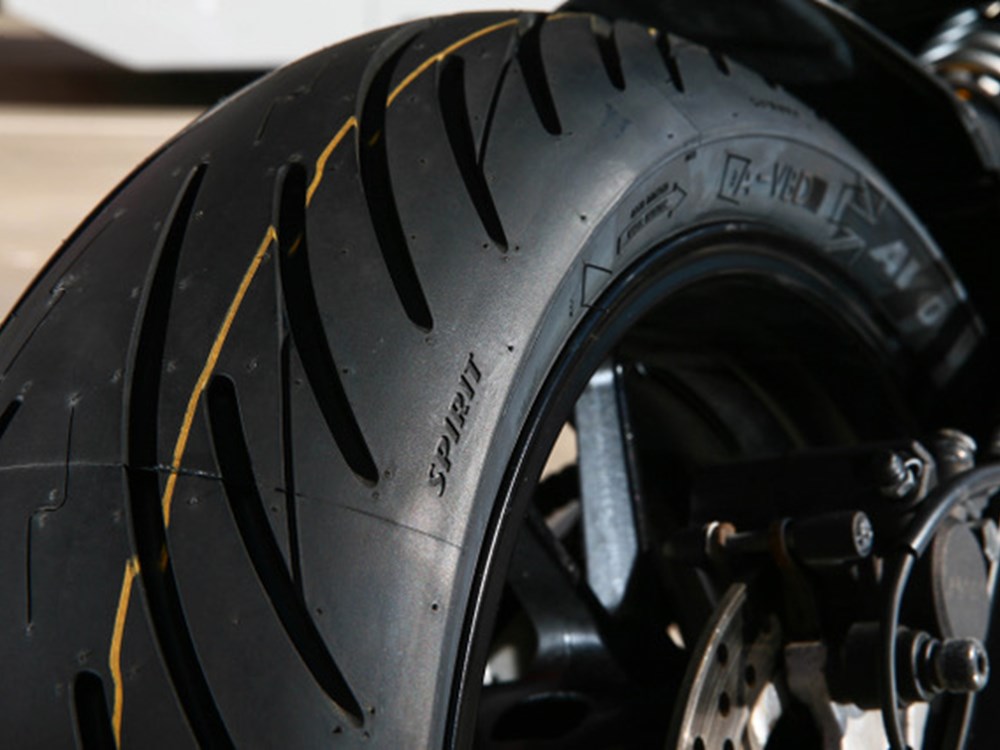 Sometimes manufacturers would overinflate the tyres of the bikes leaving the factory for storage and transportation. There are dealers who don’t check for this when they deliver the bikes to customers, leading the new owners to believe that new tyres should be overinflated. 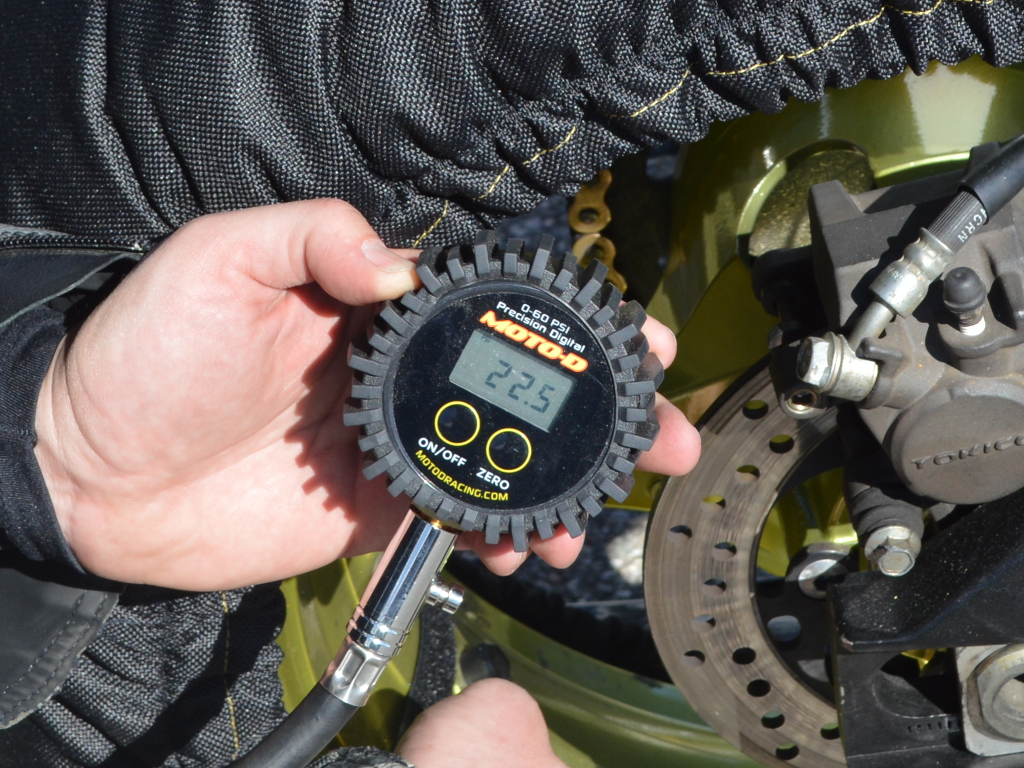 Truth is, it’s always best to refer to the bike manufacturer’s recommended pressures. (Ironic, eh?) We’ve posted this question directly to Pirelli during a recent Pirelli tyre clinic and they recommended so as well.

You may increase the tyre pressures when carrying a passenger and luggage, but again, your motorcycle manufacturer has recommendations for these scenarios. Just fill up according to the pressures usually stated on the swingarm for the respective scenarios.