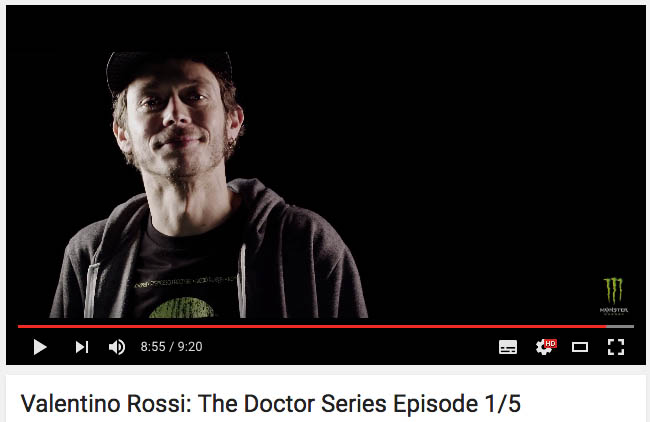 Valentino Rossi is undeniably the greatest motorcycle racer of all time. No matter what your opinion is of him, the statistics prove him to be the best the world has seen.

In honour of the great ‘Doctor’, as he is fondly known, Monster Energy has released this five episode video called ‘The Greatest of All-Time’.

The video is about Rossi of course, but also provides an insight into the appeal and reach of the most popular motorcycle racer in the history of Grand Prix racing and MotoGP. Watch Valentino speak about his success, as well as Colin Edwards and others from the Italians inner circle, and from the close-knit community from Rossi’s hometown of Tavullia, Italy.

This first chapter lasts for about nine minutes and dives into questions on what makes Rossi the greatest. Episode 2 will be released at the end of May, but for now, enjoy the video below: