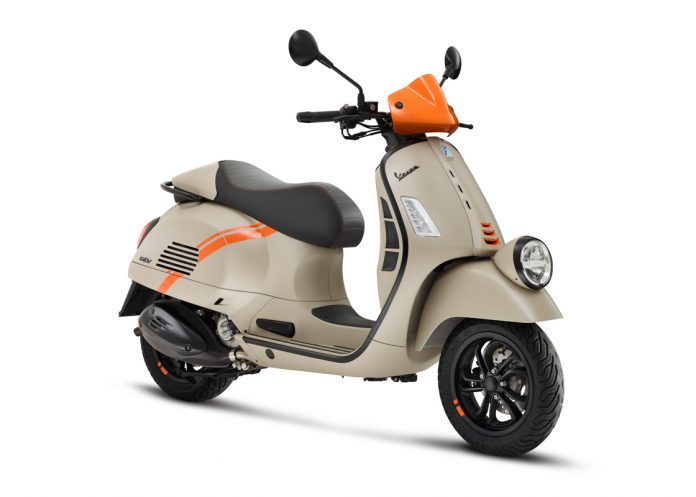 Vespa has given its iconic scooter, the GTV, a significant makeover for 2023. 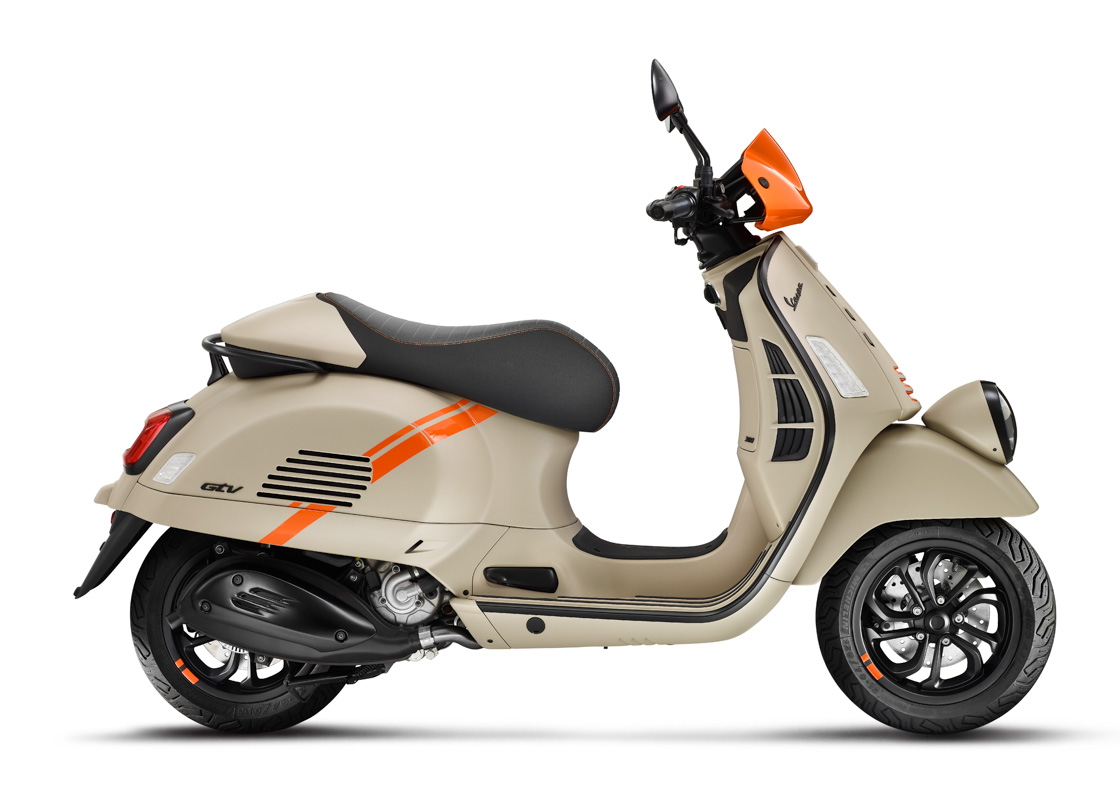 The GTV has been making waves since 2006 and will continue to do so in the coming years with the new 2023 model year.

Although much of the profile is retained, the GTV clearly received an upgrade to meet modern standards.

The most significant upgrade is the engine which now features the single-cylinder 278cc 300 HPE fuel-injected, liquid-cooled, 4-valve engine that makes 23.8hp on tap. 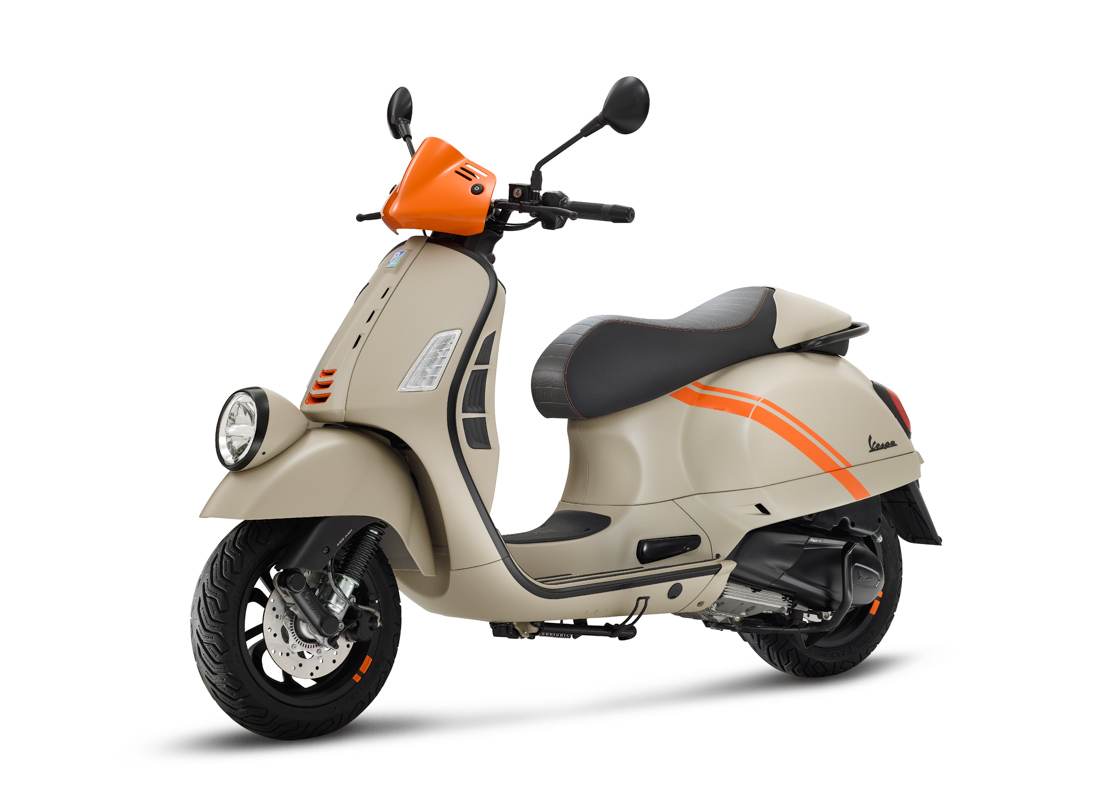 The GTV is also equipped with ASR electronic traction and ABS as standard.

The instrumentation also incorporates the Vespa MIA connectivity system that allows riders to connect their smartphone to the motorcycle dash. 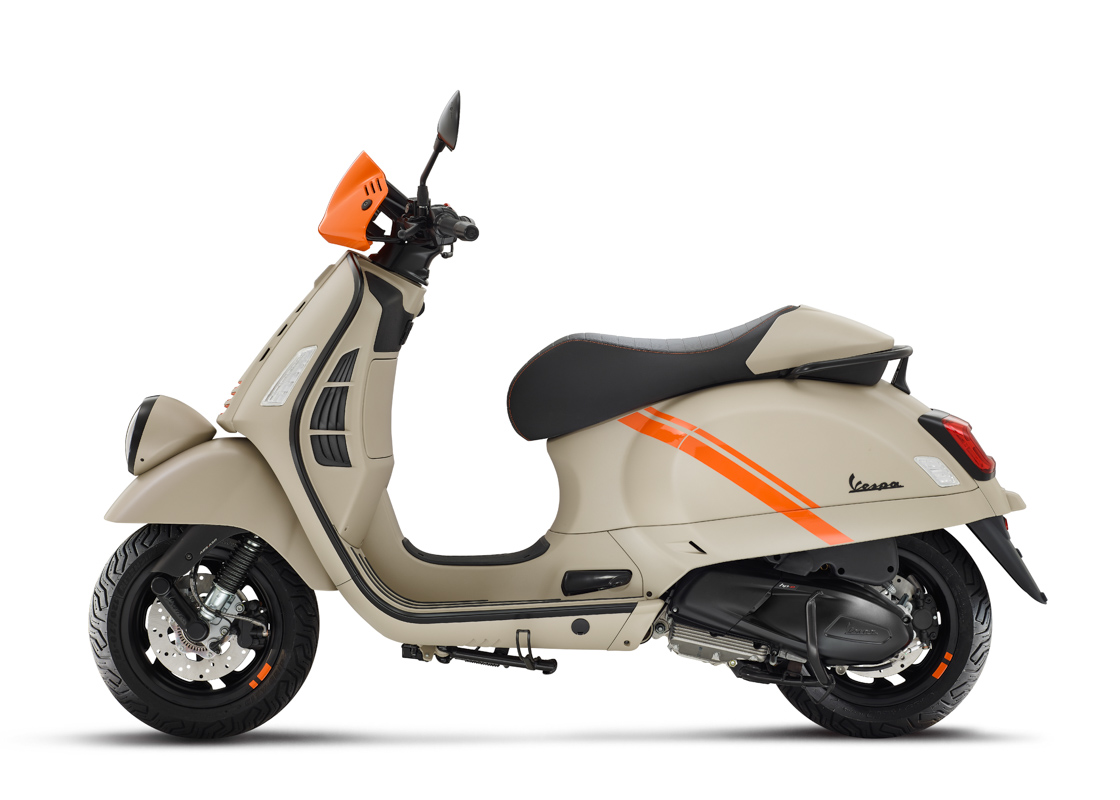 In terms of styling, the GTV have a lot in common with the Sei Giorni 300 but with an added splash of funky colours. That said, the GTV Faro Basso – low headlight design – accentuates the sportiness of the scooter.

Meanwhile, the GTV features a removable seat cowl cover that matches the colour of the body. When removed, the GTV can comfortably seat two people.