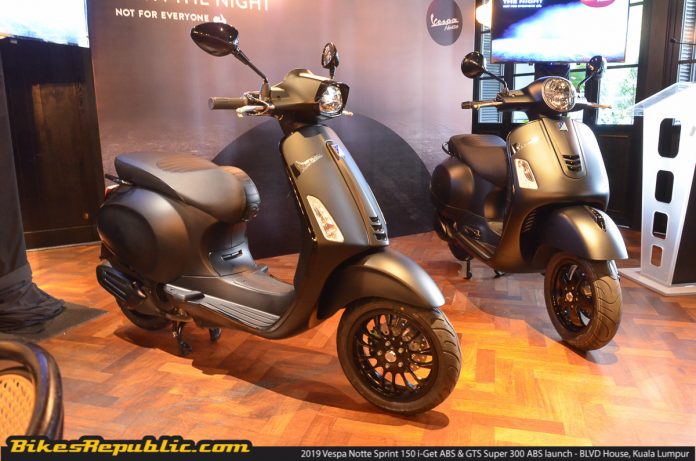 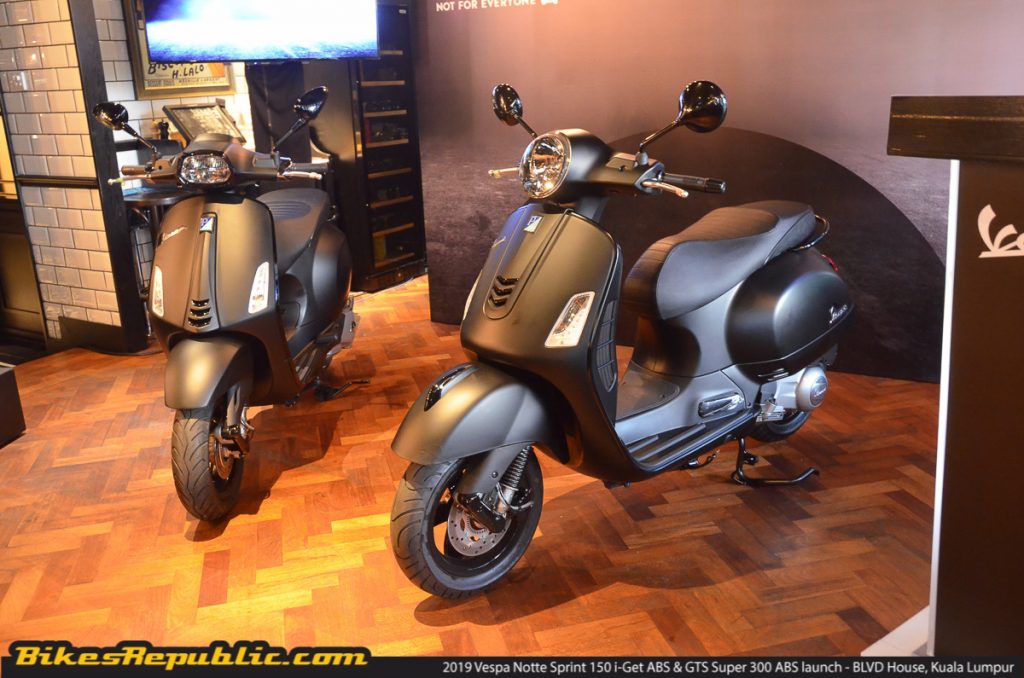 “Notte” stands for “night” in Italian, hence both models were treated to black/black finishing. The black theme even applies to the classic “tie” shield at the front and mirrors. Also blacked out are the front shield, handlebar ends, passenger grab handle and retractable passenger footpegs on the GT Super 300 ABS. Other details exclusive to the Notte are the seats, glossy black rims and muffler guard. 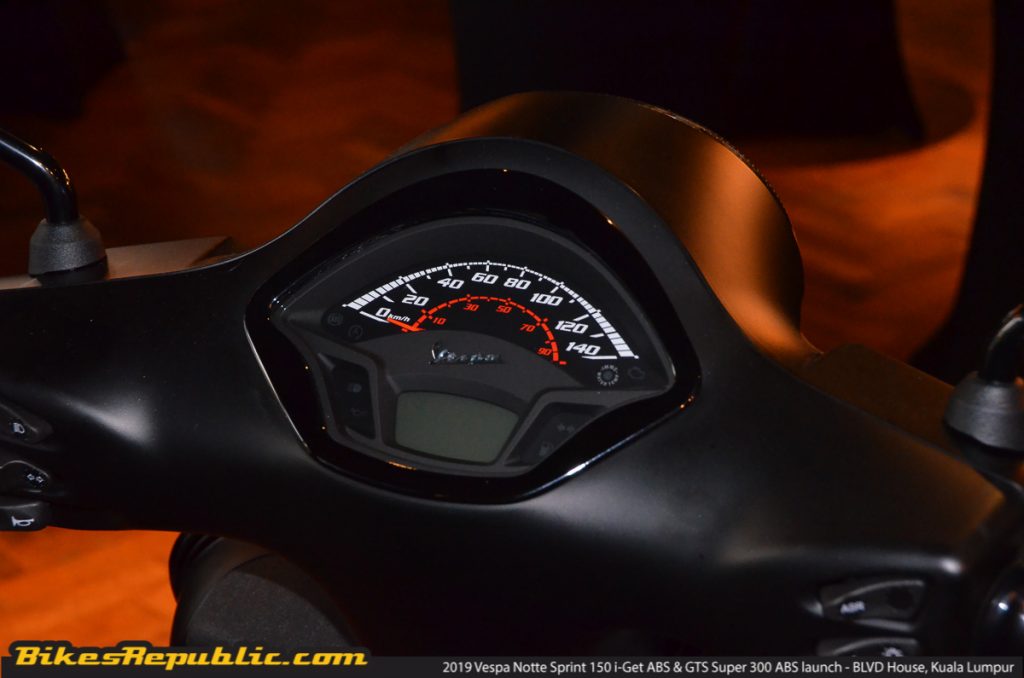 Vespa calls the Notte GTS Super 300 ABS as the “perfect blend of nocturnal style and sporting character.” It features the most advanced Quasar engine platform. The engine is a 278.3cc, single-cylinder, fuel-injected, 4-valve and liquid-cooled unit. It produces a healthy 21 bhp (15.6 kW) at 7,750 RPM and 22 Nm of torque at 5,000 RPM. 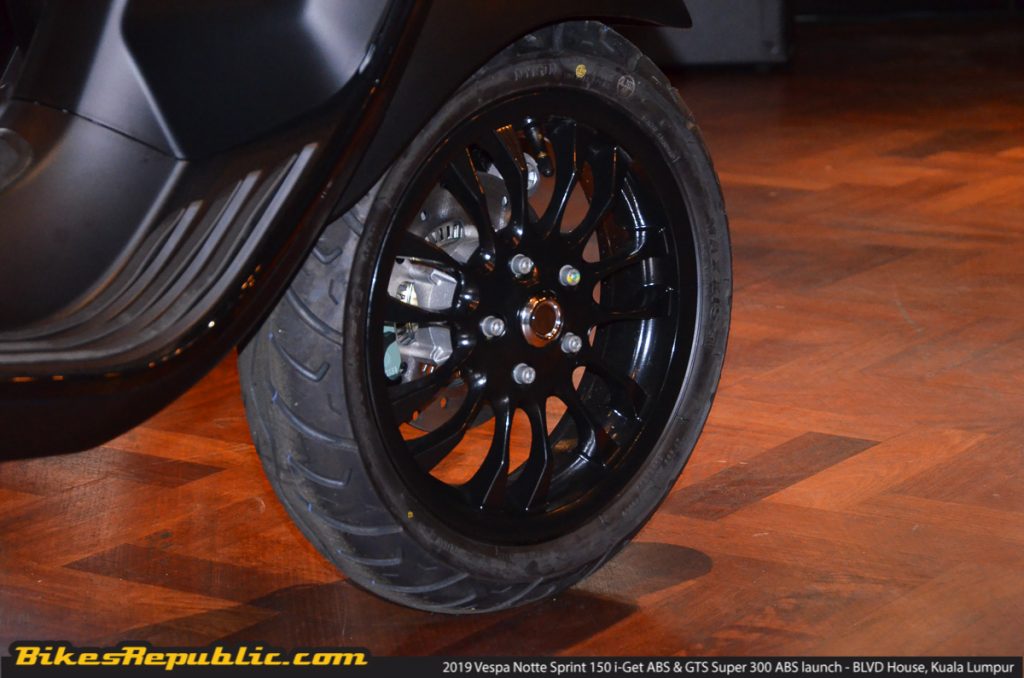 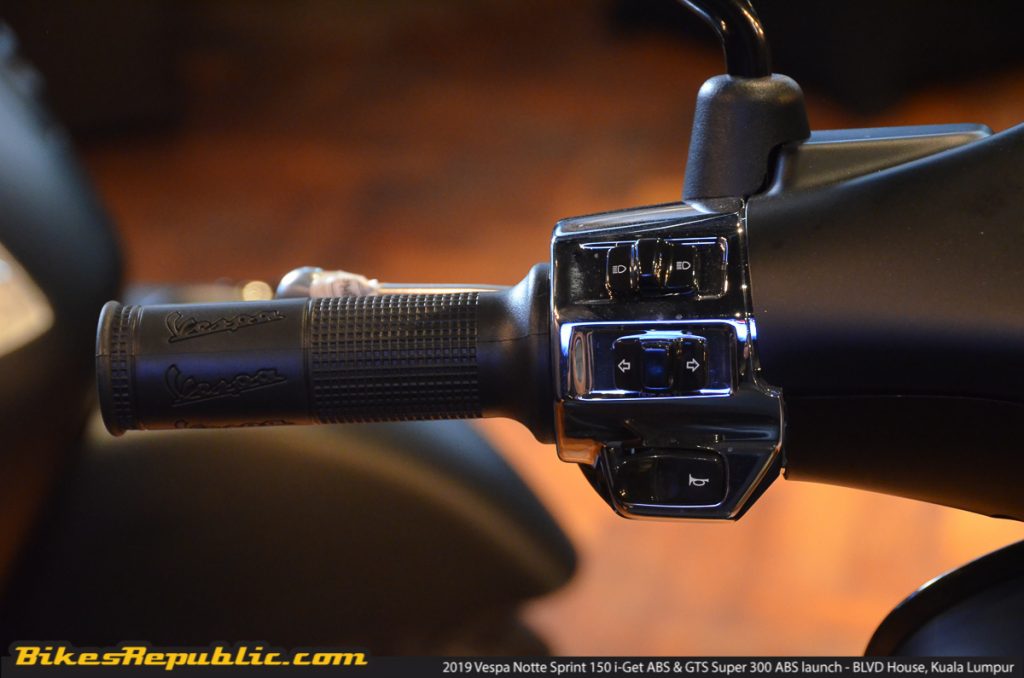 As for the “world style icon and symbol of Italian lifestyle” Vespa Notte Sprint 150 i-Get ABS, the engine is a 150cc, single-cylinder, 3-valve, and fuel-injected powerplant. It produces 12.7 bhp (9.5 kW) at 7,750 RPM and 12.8 Nm of torque at 6,500 RPM. The bike also features a specially detailed exhaust besides transmission inner casing. 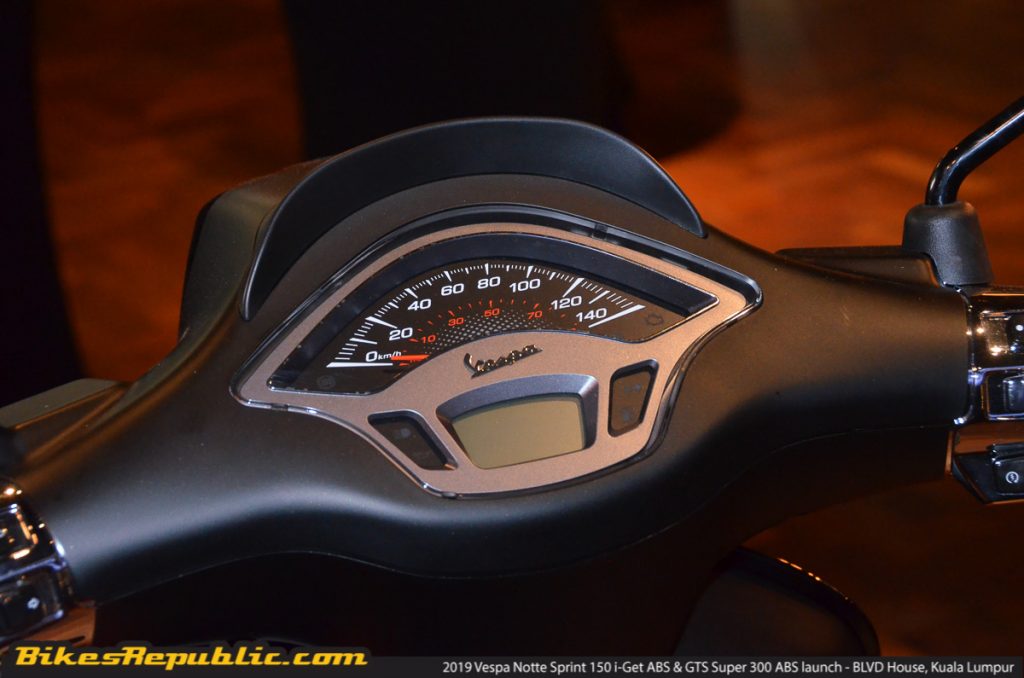 Both models are available from authorized Vespa dealers nationwide. 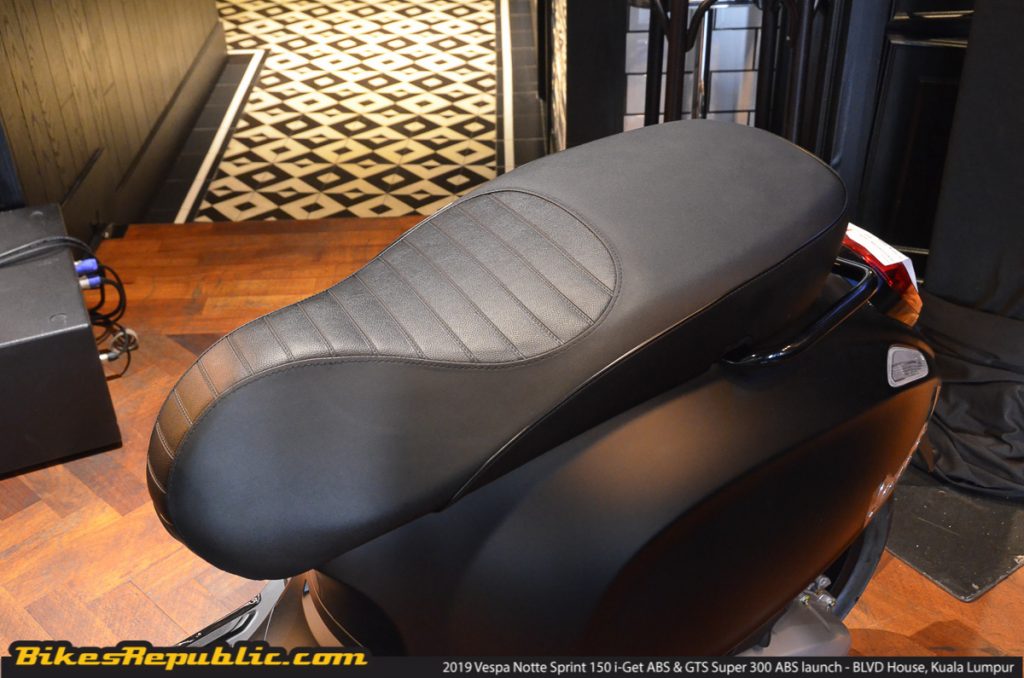