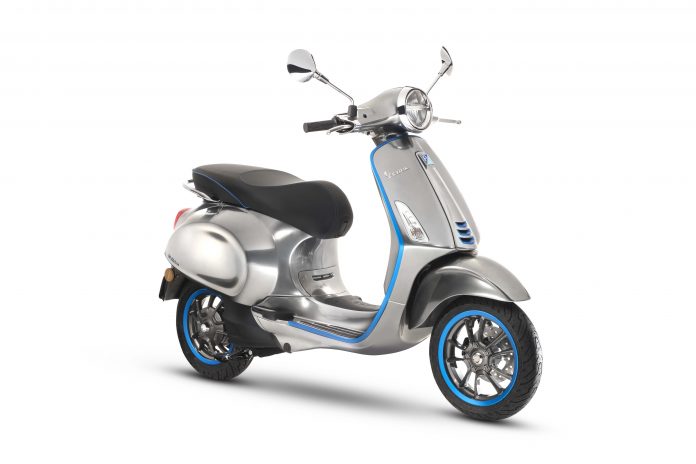 Piaggio Group had originally intended to start work on their electric Vespa, appropriately called Elettrica, in “late 2017” but unspecified delays had set the date back to September this year.

Vespa @ EICMA 2016: An electrifying future ahead

The Vespa Elettrica still maintains the iconic “wasp” design, ensuring that the bike will continue for many years to come.

Vespa claims the electric motor produces 4 kW (5.36 hp) of peak and 2 kW (2.68 hp) of continuous power. The manufacturer also added that the Elettrica has the least range of 96.5 km (60 miles). There is an onboard charger hidden in the fuel filler cap so you can charge the bike where you stop, say at work.

Vespa will also be producing a hybrid “X” model alongside the fully electric variant. The hybrid will have a gas generator which recharges the batteries, extending the bike’s range to 193 km (120 miles). 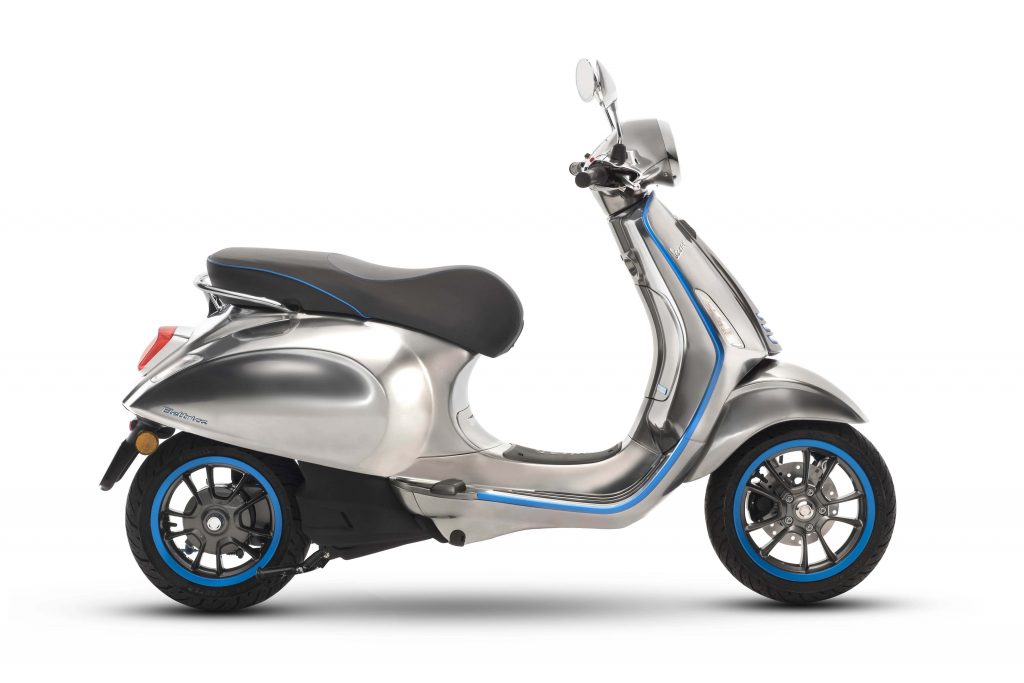 Breaking it down, the smaller battery in the hybrid version has a range of 48 km (30 miles) on its own, while the extra 144.8 km (90 miles) is available with the gas generator switched on. The battery is smaller as space is needed to accommodate the generator.

Vespa also says that the Elettrica’s performance should be similar to a 50cc scooter, but there are two power modes: “power” and “eco.” Additionally, the Elettrica features a reverse mode.

Last but not least, the new bike will also include a TFT instrument display and Bluetooth connectivity in line with the latest contemporary motorcycles.

No prices have been released at this moment. Sales will start in Europe, before moving to the States and Asia. Piaggio hopes the Vespa Elettrica will be available worldwide by November 2018. 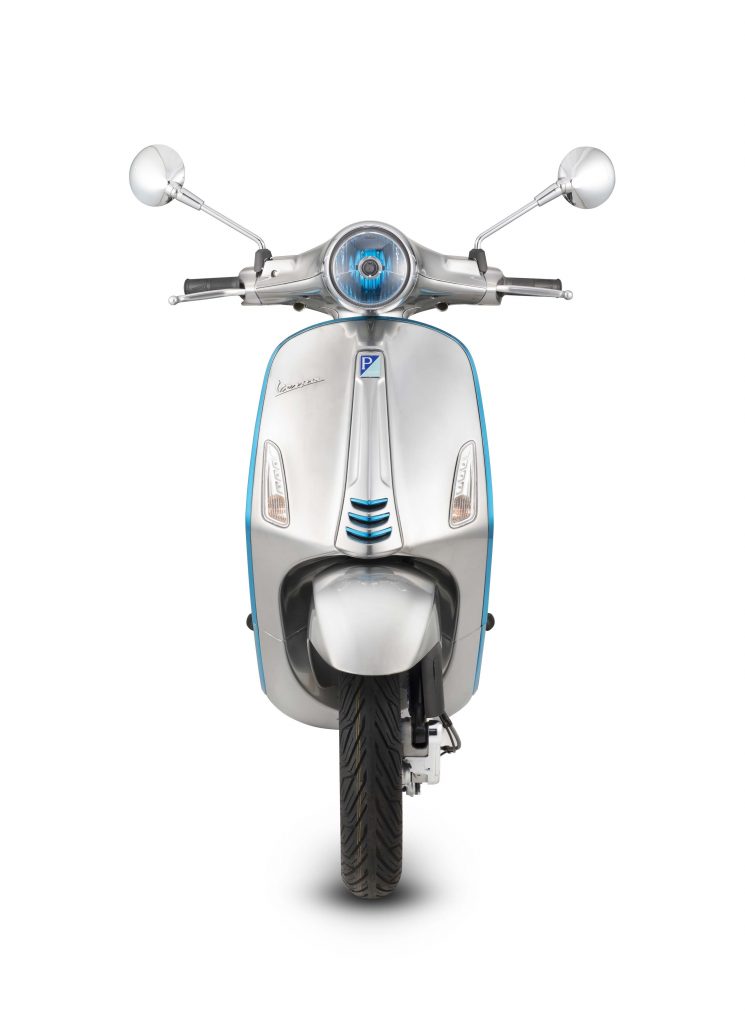