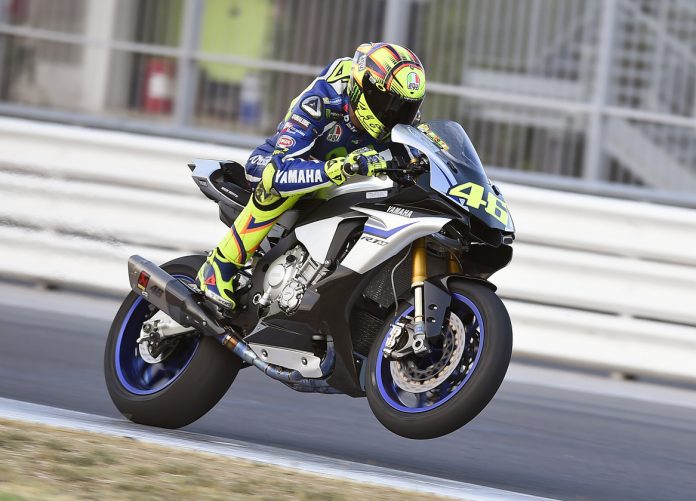 Valentino Rossi will race race at Aragon this weekend, after all. In a news that surprised everyone, perhaps even Rossi himself, the nine-time World Champion has been deemed fit to race.

Rossi’s leg broke in two places in a freak, low-speed enduro accident just 21 days ago (click here to read about it). He has even said that such injury would normally take at least 40 days to heal, due to a similar injury back in 2010, which Jorge Lorenzo won his first MotoGP championship.

Rossi took to the track on a Yamaha R-1M street bike at Misano (click here for our coverage) to test his fitness and came away saying that he will try to race this weekend (click here for the full story).

Professional racers have long had a certain determination to get back to racing despite injuries that would sideline any mere mortal. Heroes past and present, such as Marc Marquez, Jorge Lorenzo, Casey Stoner, Mick Doohan, Kevin Schwantz, Wayne Rainey, Eddie Lawson, Freddie Spencer, in fact almost all of them would come back to ride and sometimes even win in spite of their injuries.

Rossi currently lies fourth in the 2017 MotoGP Championship with 157 points. Marquez and Andrea Dovizioso are jointly leading on 199 points, while Rossi’s teammate, Maverick Vinalez is in third with 183 points. Aragon GP is the 14th round of the 18-round 2017 championship.