Valentino Rossi reckons he and teammate Maverick Vinalez are “in trouble and don’t know why,” in  worried about their chances at the Japanese GP, should the rain continue. The pair has been struggling with lack of rear grip on their Yamaha YZF-M1 through the entire season.

Riders may be able to ride around the problem in the dry, but the rain amplifies the problem. 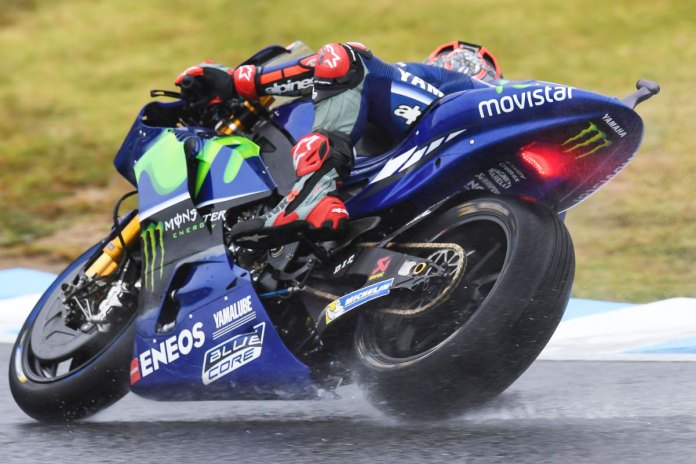 The factory team seemed to make some headway in previous races, without doubt also attributed to riders’ skill and determination, however yesterday’s free practice sessions at Motegi saw both riders 11th and 12th fastest.

Rossi said, “We’re in trouble and we don’t understand why. Last year I was very competitive in the wet and had a good feeling with the old bike, but this year we’re struggling. We’ve tried to modify the bike, but in the end we’re far from the top. It’s the same as the problem in the dry – we don’t have rear grip.”

While Valentino Rossi knows he’s out of contention for his 10th title as a result of a broken leg, Maverick Vinalez saw first his lead, and now his chances for his first MotoGP tltle slip further and further away.

At the time this article went “live,” Andrea Dovizioso of Ducati Team continued to be the fastest man after FP3 on combined free practice times, ahead of Marc Marquez, Aleix Espargaro and Jorge Lorenzo. 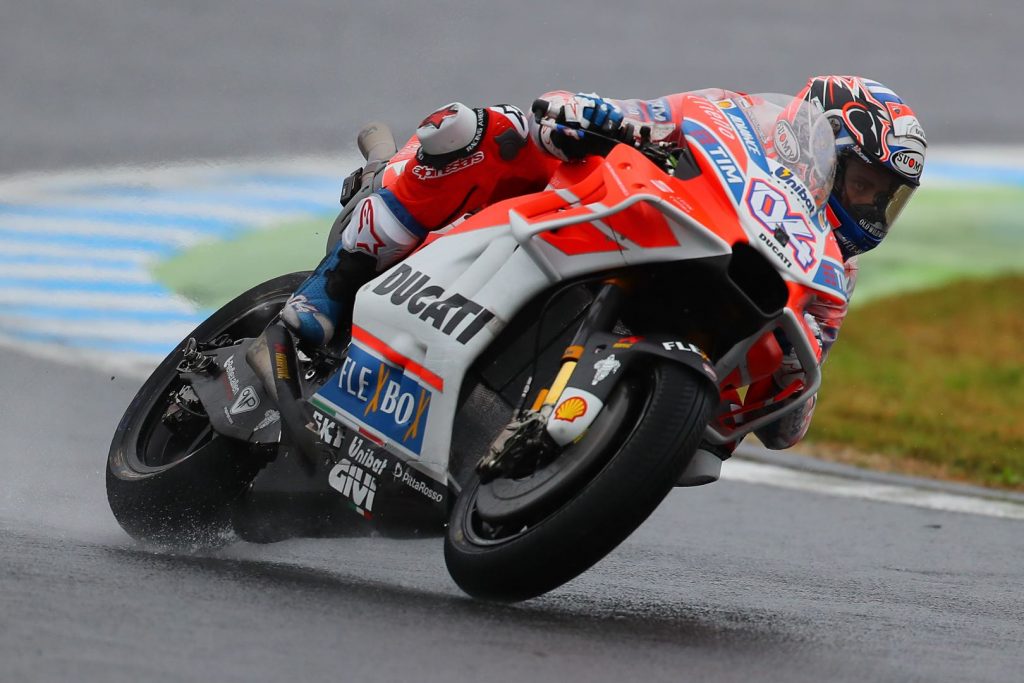 Valentino Rossi dug deep and found some pace to first make it into the top ten before finally going up to fifth fastest. Vinalez is in 14th, meaning that he will need to fight through Q1. The Top 12 combined times qualify automatically to Q2.