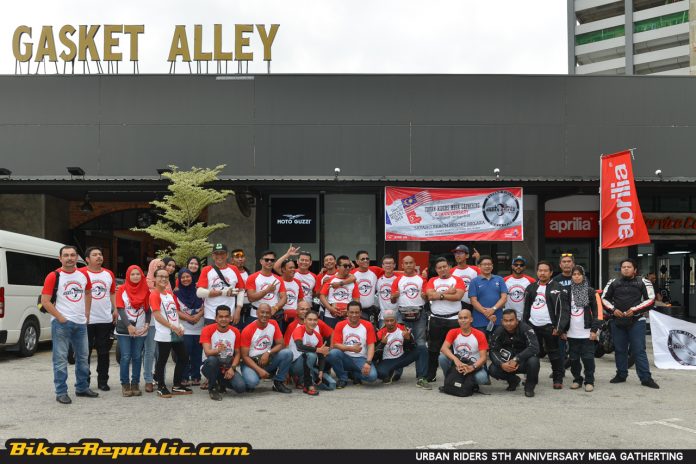 As with other brands under the care of Didi Resources, Aprilia riders are now reaping the benefits with more rides and programs, as promised by the new distributor. As such, the bike club Urban Riders celebrated the organization’s 5th anniversary by riding to Melaka, mostly on Aprilias. 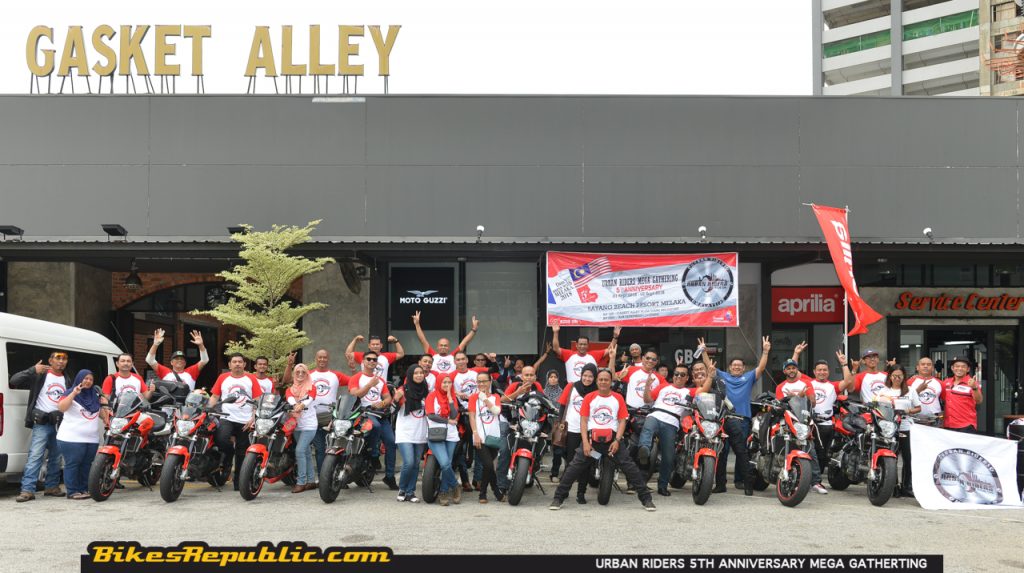 The activity still managed to attract about 30 participants despite being organized in the middle of a long, 3-day weekend (Saturday). 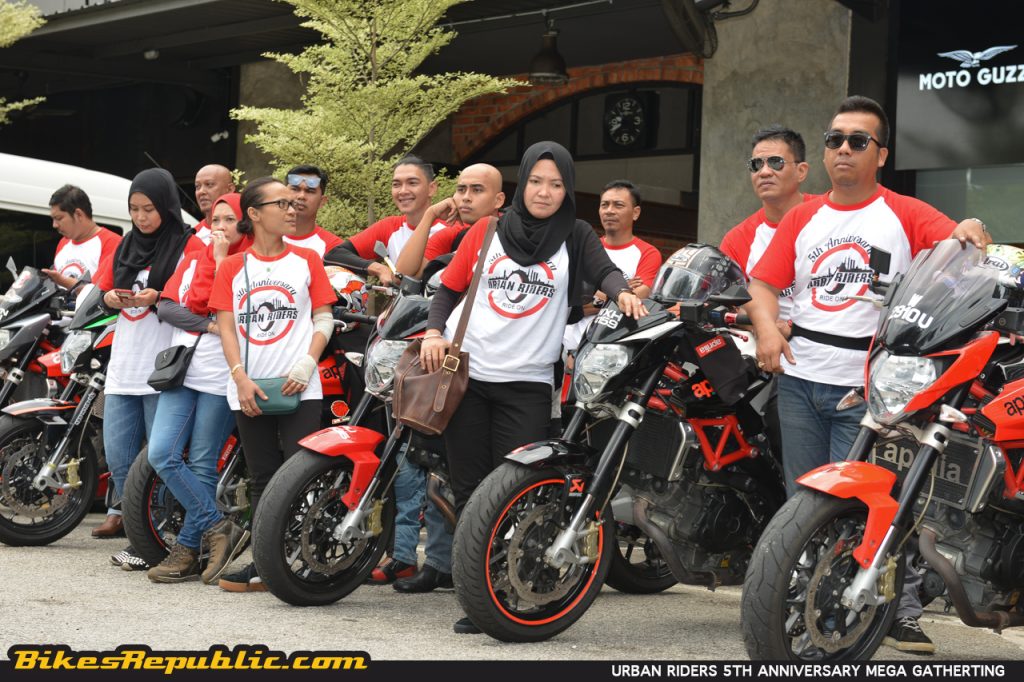 The riders grouped at the new Aprilia Malaysia at The Gasket Alley, for a light breakfast and some catching up. 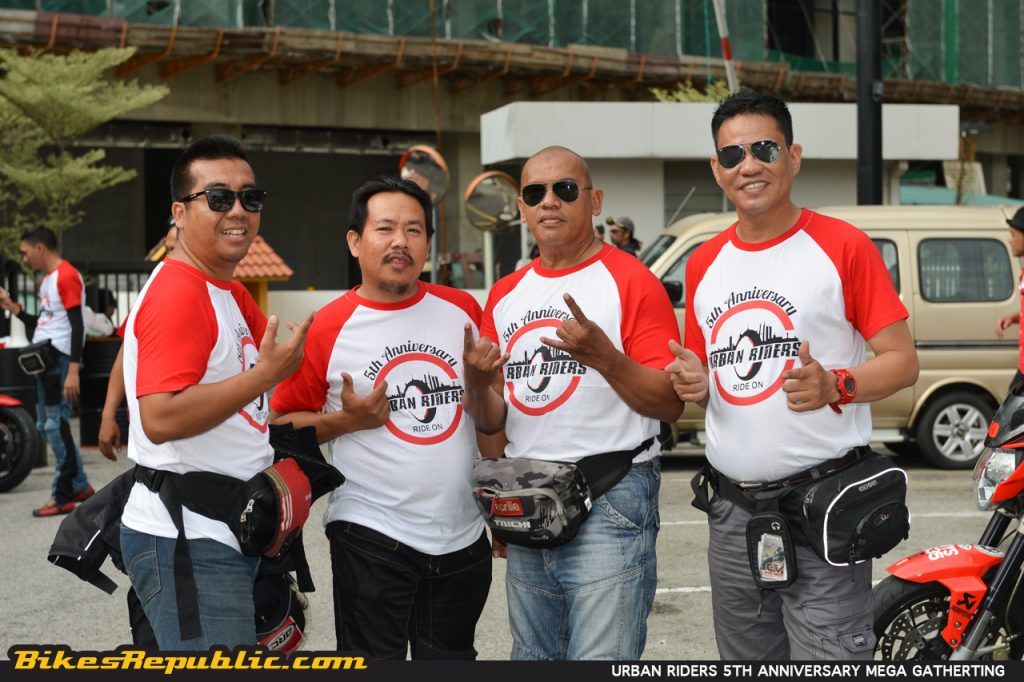 Two models were heavily represented, the Shiver 750 and Tuono 1000 V4. 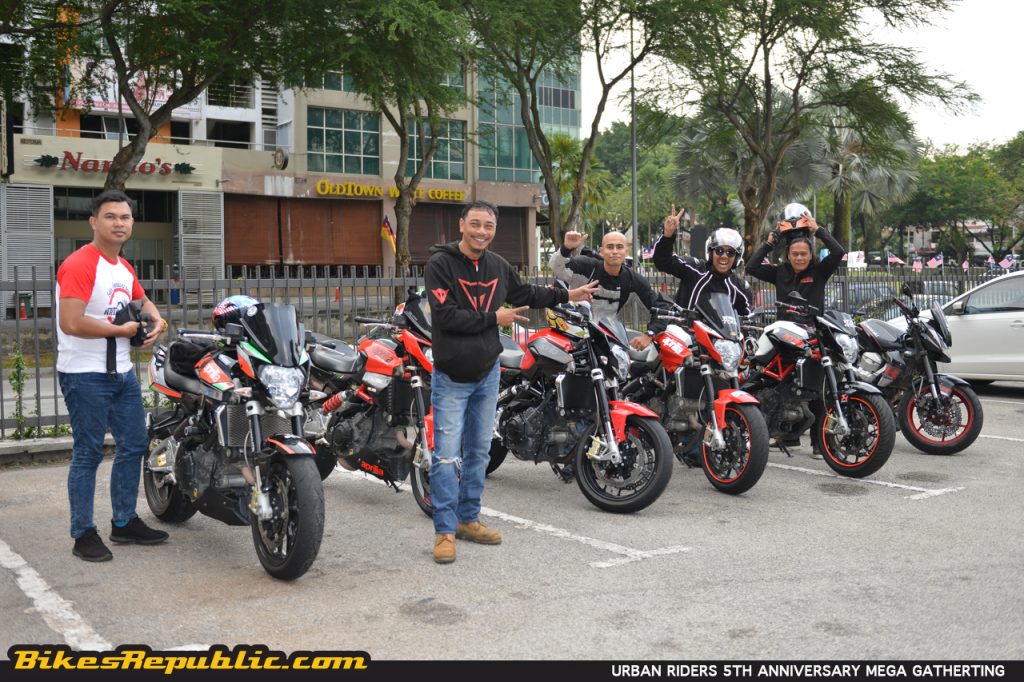 Idon Pang, the Aftersales Manager for the Piaggio brands at The Gasket Alley welcomed the riders and thanked them for taking part in the convoy. He also iterated that new Aprilia bike sales will hopefully begin in October 2018. 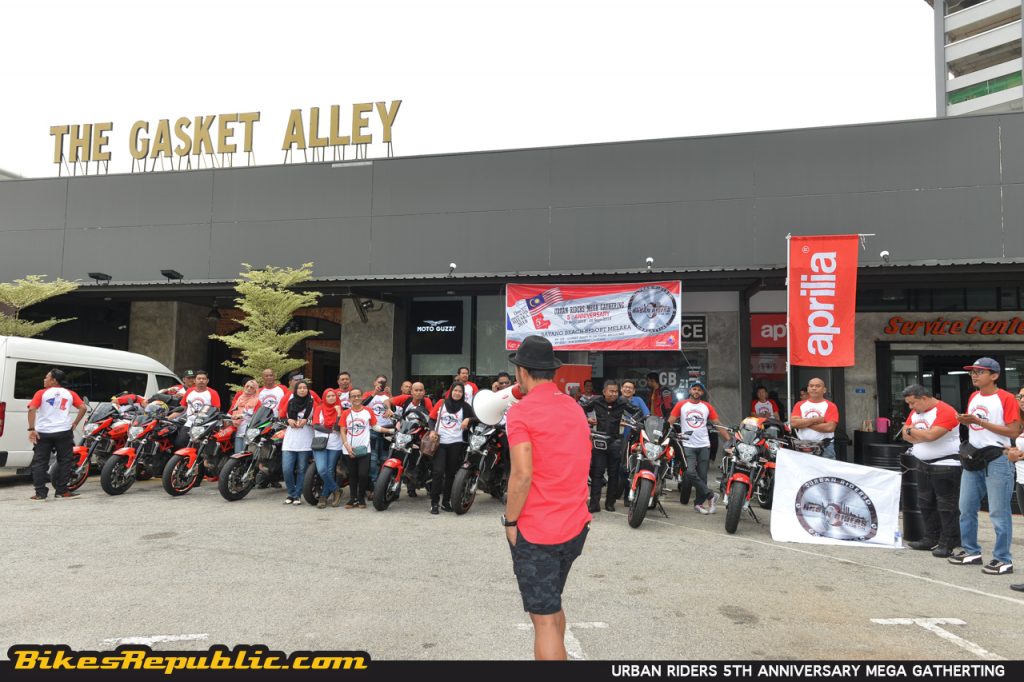 He also reminded the riders of the inaugural Aprilia Track Day on 9th September 2018.

With that, proceedings were handed to the club’s president, Tok Uban to present the ride briefing. There was no police escort so the participants were told to buddy up and watch out for one another. 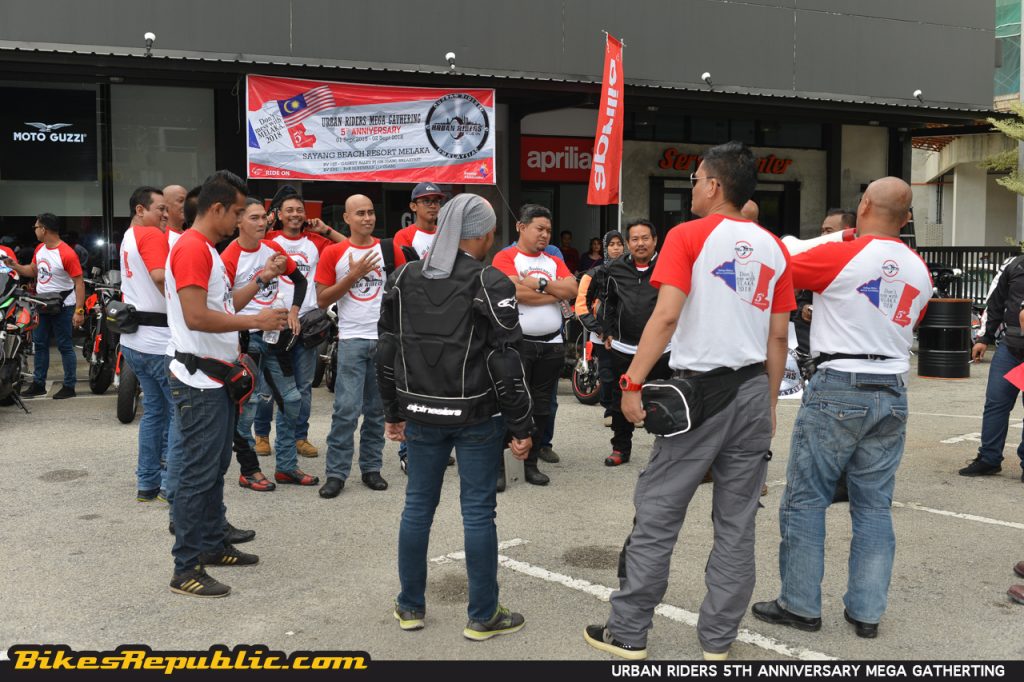 The group then departed from The Gasket Alley to head to the Shell petrol station after the Sungai Besi Toll Plaza to hook up with another group, before pushing to Chalet D’ Sayang at Pengkalan Balak, Melaka. They will put up for a night there before heading back to Kuala Lumpur tomorrow (Sunday). 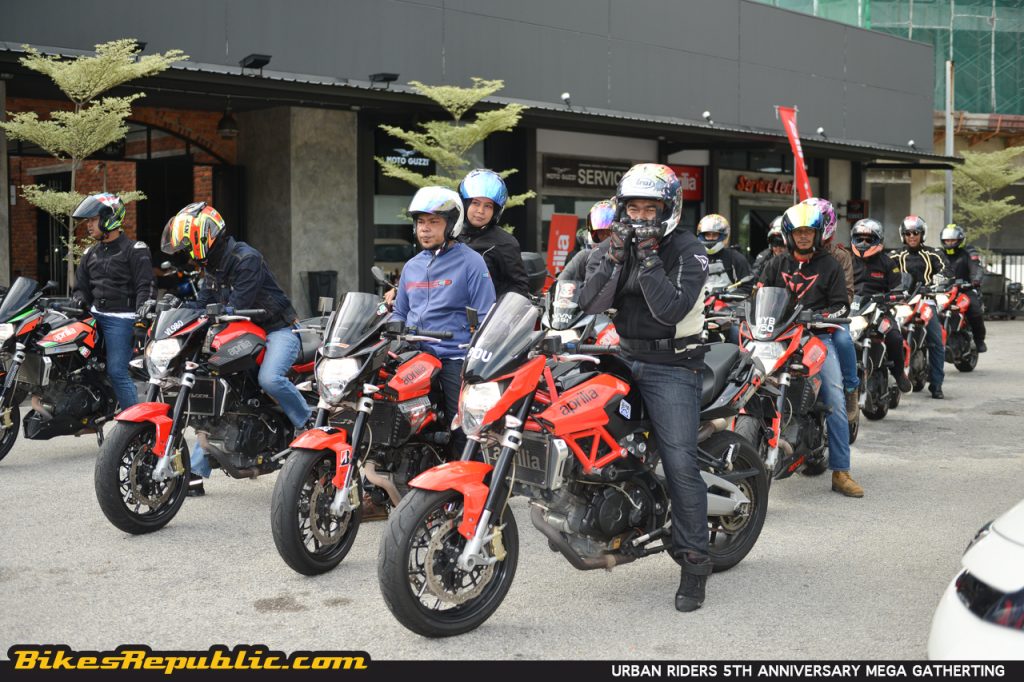