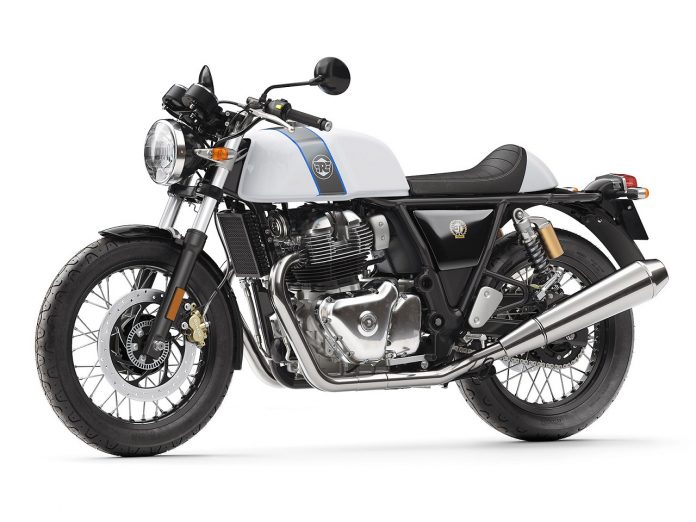 It looks like Royal Enfield is set to introduced alloy wheels to its Continental 650 GT motorcycle after the test mule was spotted recently in India.

The alloy rims feature on the test mule sport a 7-spoke design and is likely to be same size as the 18” spoke wheels on the current Continental.

Also, this could mean that the Continental GT 650 will get tubeless tyres, as opposed to the current model.

That said, we expect that the 650 twin, the Interceptor 650 will also get the same update, which is likely to happen in the coming months.

Interestingly, the spy shot (which you can check out HERE) also revealed that the Continental GT 650 is fitted with a new round taillamp, replacing the rectangular unit found in the current model.

Looking at how RE not bother to cover the test mule with the usual camo paintjob, it is safe to assume the motorcycle compay will announced the minor upgrade soon.