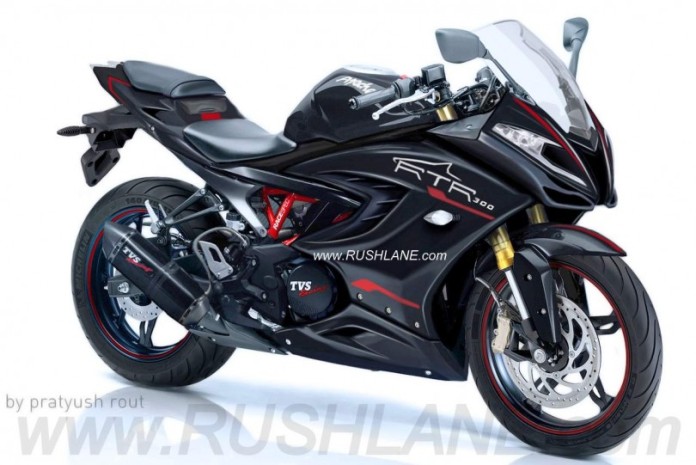 Take a good long look at this bike as it is going to be the base bike for the upcoming BMW baby sports bike – the 313cc sports bike based on the G310R.

Word on the grapevine is suggesting that TVS Motor Company, the same company that assembles the G310R in India, is officially putting this bike into production as the TVS Apache RTR 300.

Based on the BMW G310R, the Apache RTR 300 will be powered by the same 313cc liquid-cooled single-cylinder engine as the G310R. Though both the engine and gearbox will eventually offer unique power figures different from the G310R, in its existing state of tune however, the BMW motor produces 31bhp and 28Nm of torque.

According to Indian website Rush Lane, the final production version of the Apache RTR 300 is expected to retain much of the dramatic bodywork shown in the pictures here as the Akula 310 factory racer concept which was showcased at the Auto Expo 2016 in India. According to Rush Lane, the bike will retain its twin headlamps, tall windshield, chiselled fuel tank, split seats, LED taillights and a stubby exhaust. ABS and sticky tyres could be offered as options.

The TVS model is unlikely to make it to Malaysia based on current conditions, but we are excited to see the BMW spin-off of this bike. Expected date of arrival in Malaysia will be sometime in the second or third quarter of 2017. As for the name of the bike, how does BMW S310RR sound?