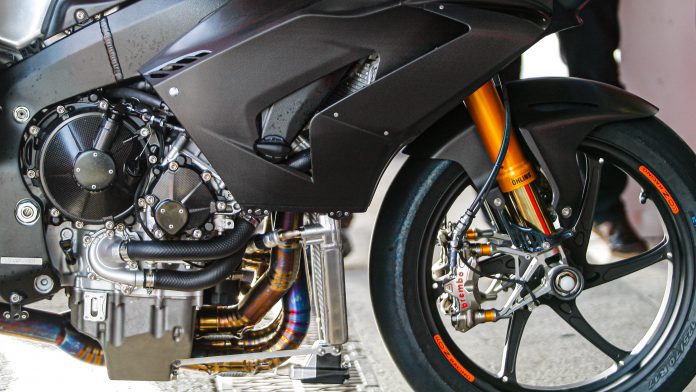 The CBR1000RR-R signals Honda’s determination in recapturing the WorldSBK Championship title, after winning it only 6 times in 30 years. The previous CBR1000RR may be an easy bike to ride but it’s outgunned on the tracks. 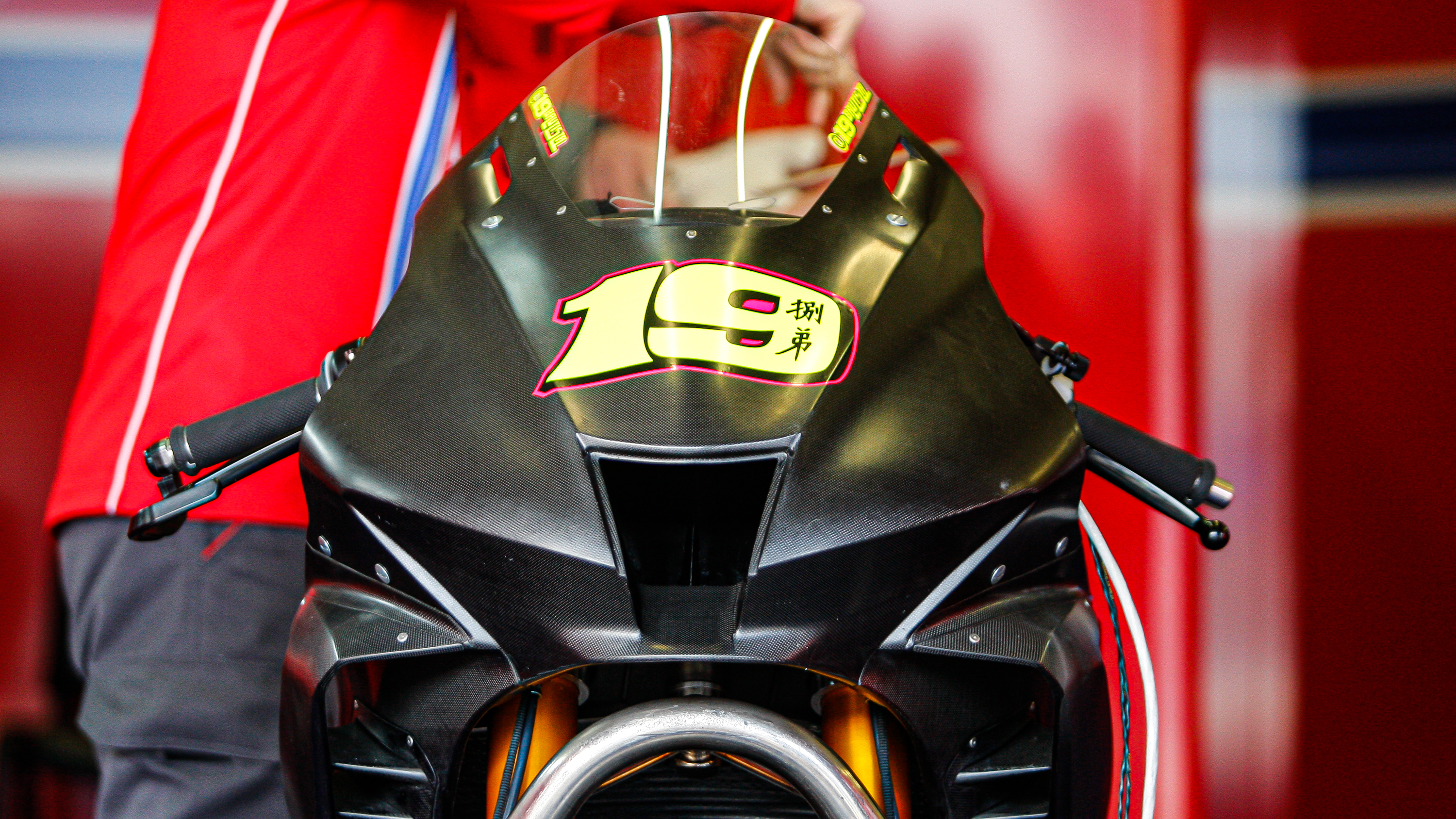 The first picture here is Alvaro Bautista’s bike. The Spanish rider will ride the bike after severing ties with Ducati. His teammate is Leon Haslam who was dropped by the Kawasaki works team. Both riders are astride the factory CBR1000RR-RW while Takumi Takahasi rides the semi-factory CBR1000RR-R.

From this angle, you could see how the bodywork was formed to channel air to give it a small frontal area. The air intake now resides front and centre in the top fairing for a straight Ram Air shot into the airbox. 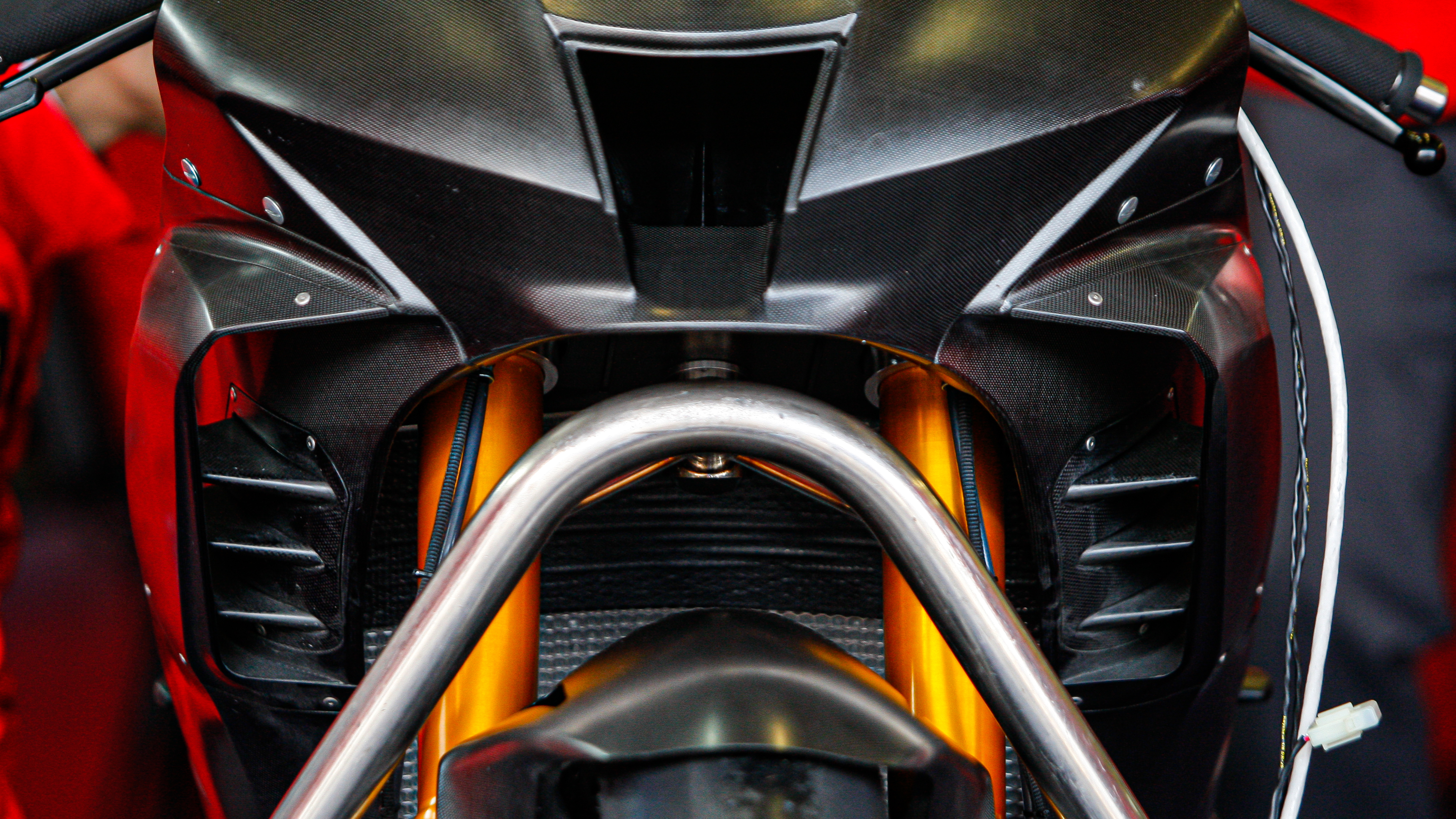 WorldSBK rules allow aerobodies as long as 1) They are present on the road bike; and 2) They are not active aerodynamics (non-movable). Notice how the “lip” just in front of the intake blends into the lower bodywork.

Honda didn’t publish data on how much downforce the spoilers will provide. 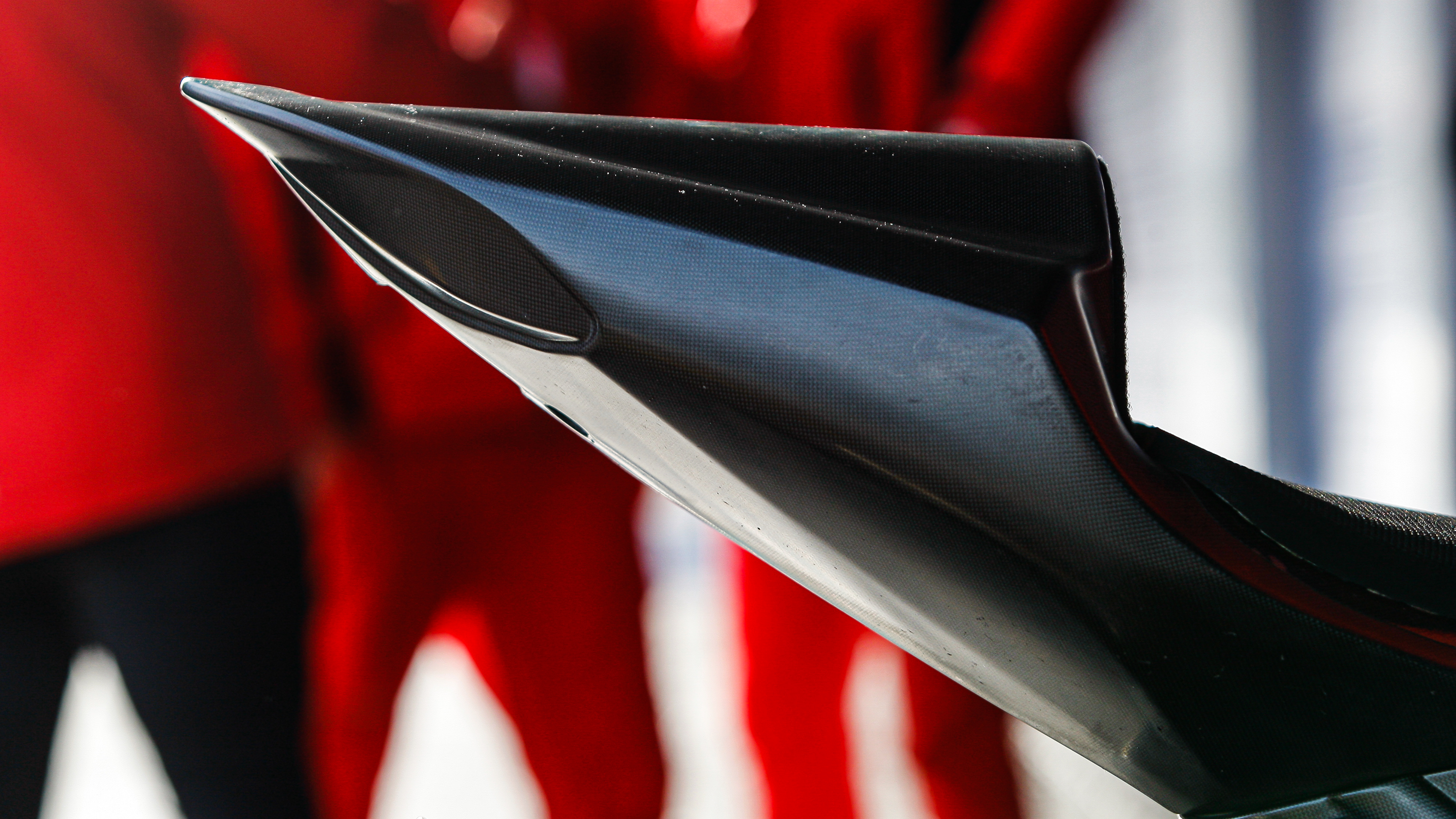 The tailsection of the bike is also made from carbon fibre. You can see here that it follows the shape of the item on the roadgoing 2020 Honda CBR1000RR-R Fireblade as stipulated by WorldSBK rules. Anyway, the tail terminates at a sharp point to reduce wake (turbulence) behind the bike. A large wake (like behind a boat or ship) means the bike isn’t aerodynamically efficient and causes drag. The airflow must not only move efficiently around the bike and rider but needs to be so when it leaves the bike, too. 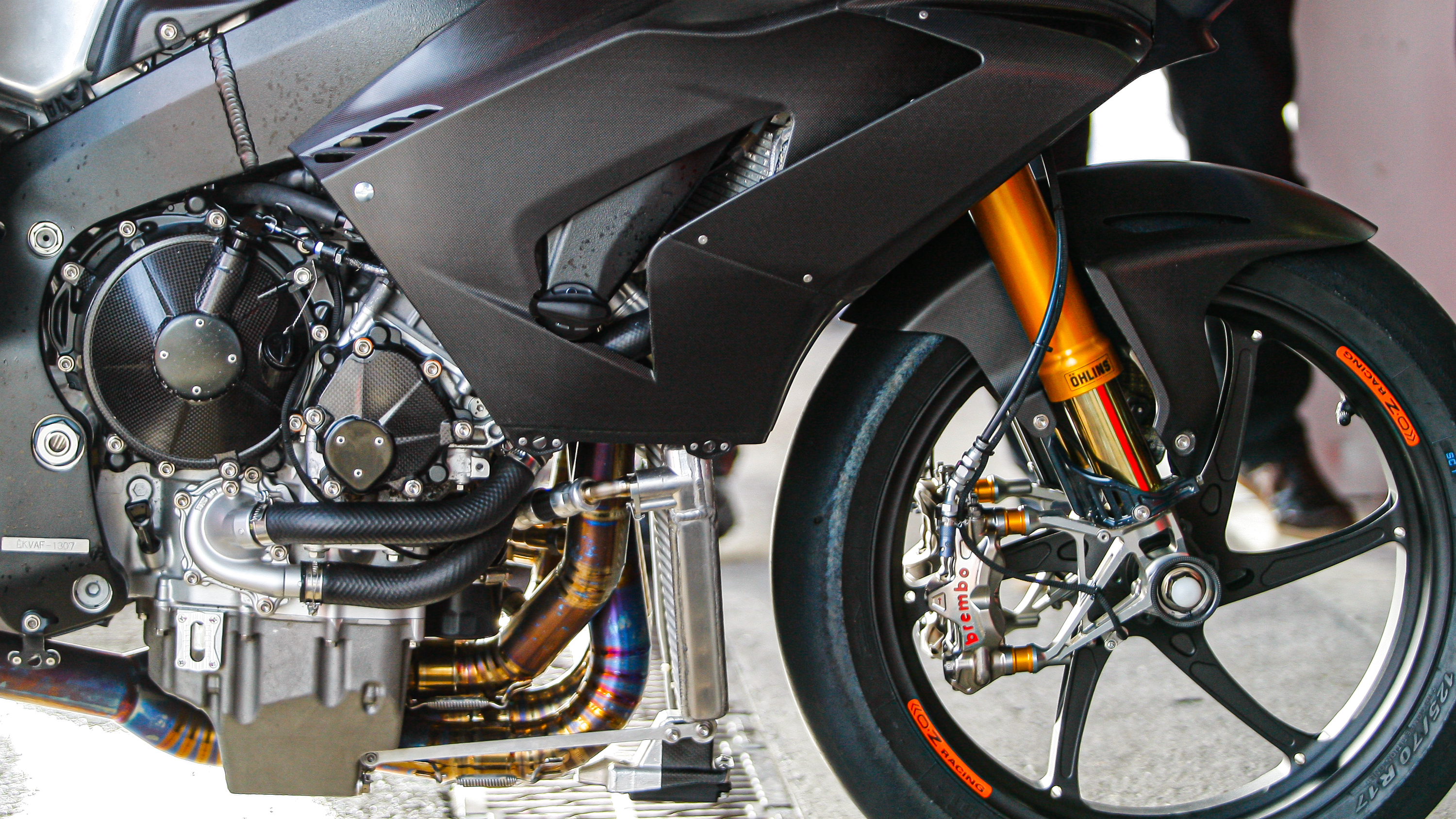 Check out the spindly brake caliper mounts on the fork legs – these are obviously machined from billet. The calipers are Brembo GP4-RX, also CNC-milled. The wheel is an OZ Racing magnesium item.

Besides those, notice the “radiator.” All these racebikes have extended radiators plus an oil cooler to deal with the extra heat. The top radiator (hidden by the fairing) is the same as the road bikes, the centre portion is the oil cooler, while the bottommost is the extra radiator. 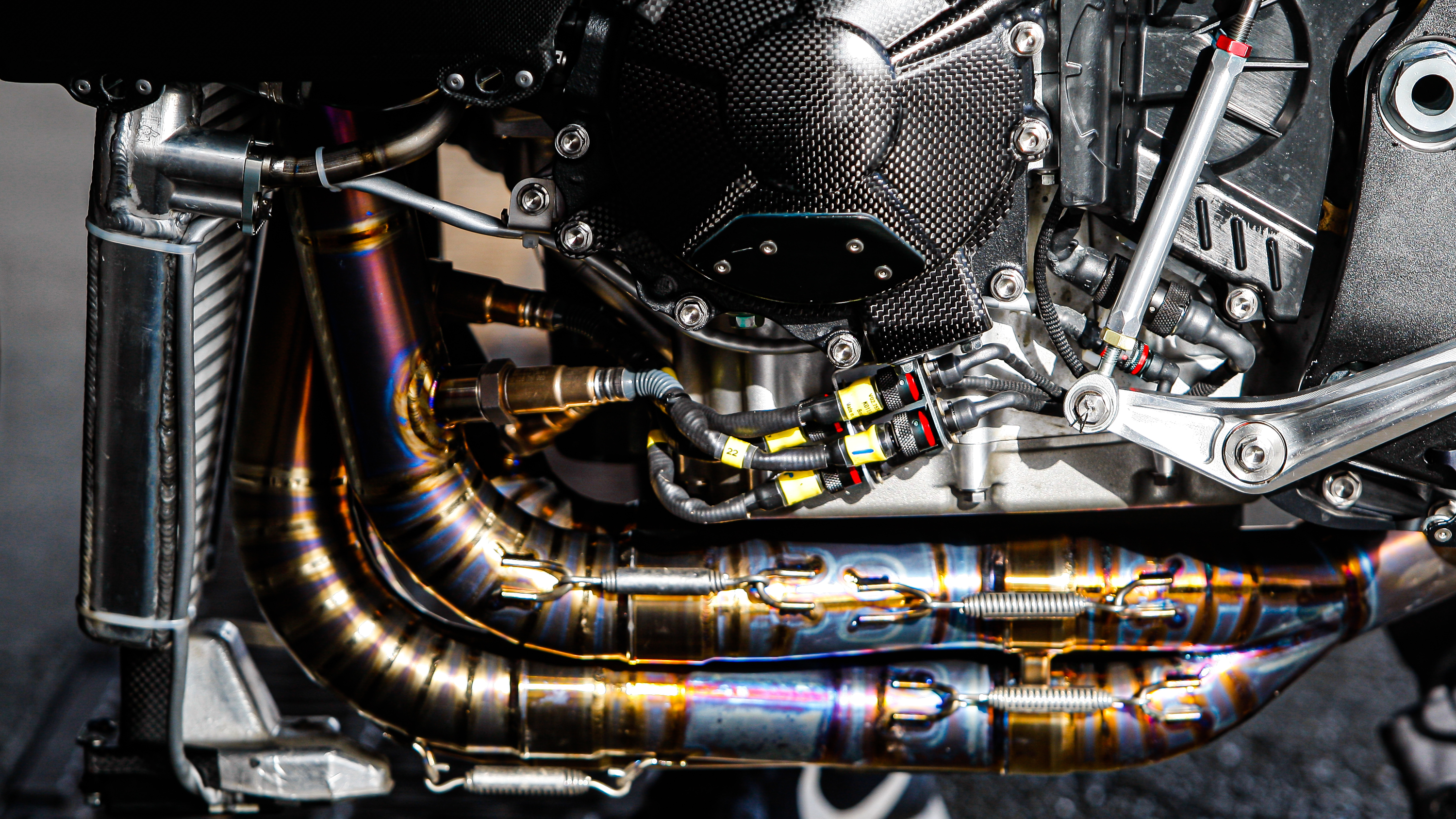 Here’s a better view of the titanium exhaust system. Notice that the header for cylinders 1 (at the far side) and 4 (closest to us) is bent further in as opposed to the other Numbers 2 and 3 in the interest of equal pipe length leading to the collector.

Also note the oxygen sensors on all headers. The sensors detect the amount of oxygen in the exhaust gas. Too little oxygen means the engine is burning rich (too much fuel, too little air); too much oxygen means the engine is burning lean (too much air, too little fuel). Data from the sensors will be referred to the engine’s mapping in the ECU, which will then determine the right amount of fuel and injection timing. The system works in tandem with the power settings chosen by the rider (more power, fuel conservation, etc.). 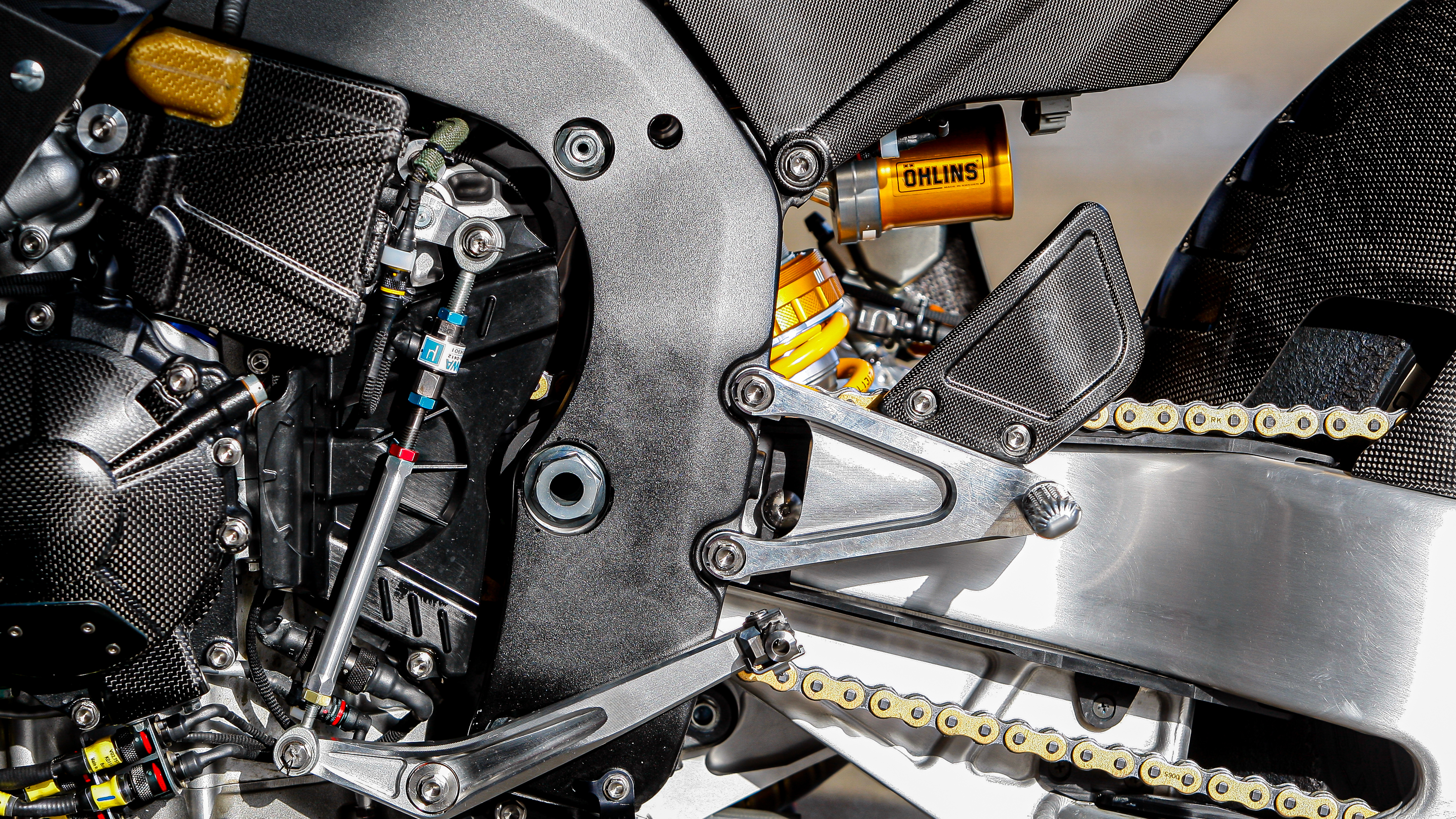 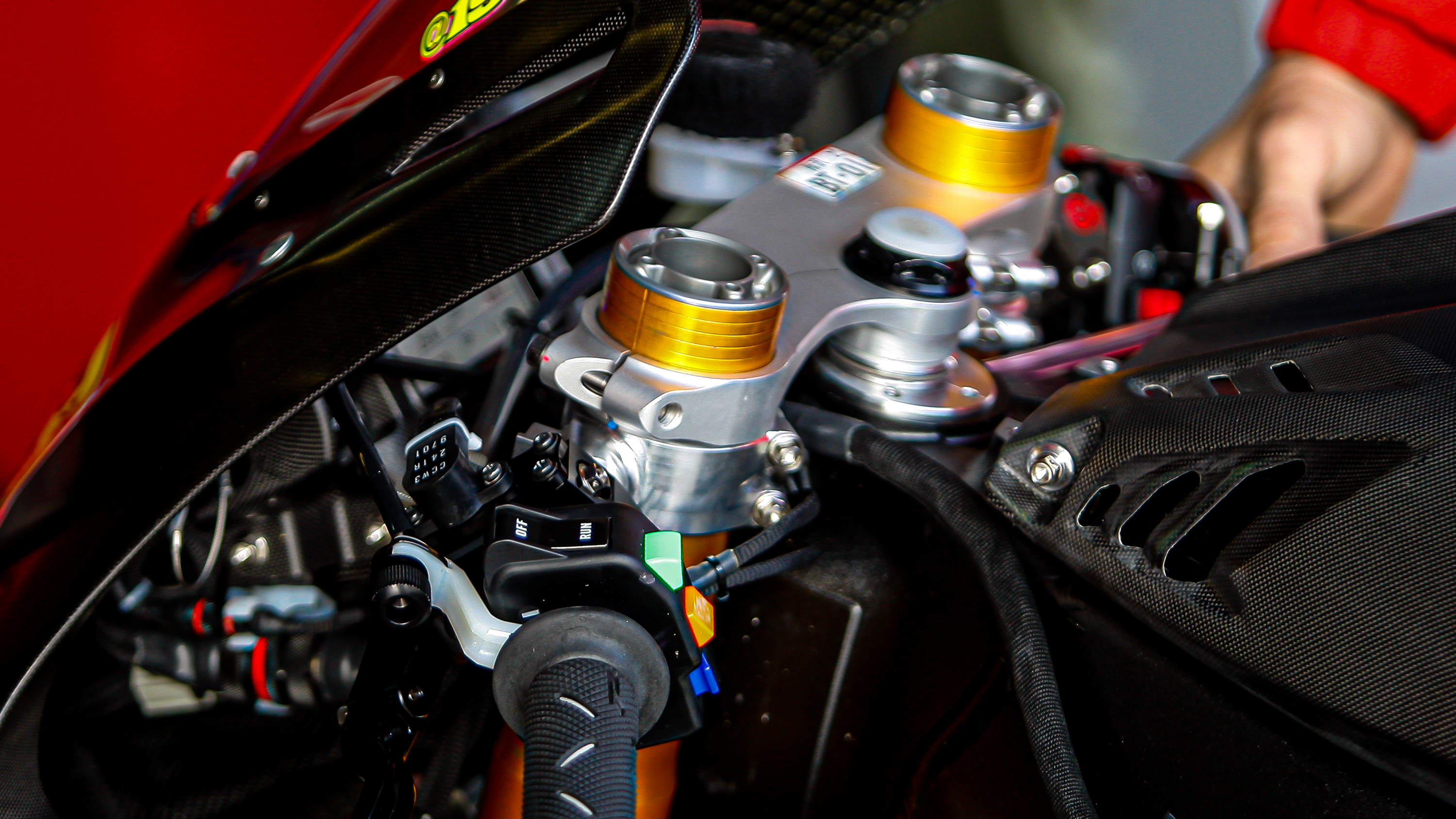 There’s almost nothing to look at here but this picture does tell a big story. Notice how thin is that top triple clamp and that’s just the edge! No, it’s not so for saving weight. Honda had recently done this to the 2019 RC213 MotoGP bike too. A thinner triple clamps allows more “play” and provides better front-end feedback to the rider.

The forks are also moved up the triple clamps since Jerez is a circuit which has plenty of corners that need late turn-ins, thus putting more emphasis on front tyre grip. Moving the forks up shifts more weight to the front tyre.

When this went to print, Leon Haslam put the 2020 CBR1000RR-R Fireblade in the top spot  during the pre-season tests at Jerez. The session was held on a wet track and the rain is an equalizer, so we shall see if the bike continues to perform well.