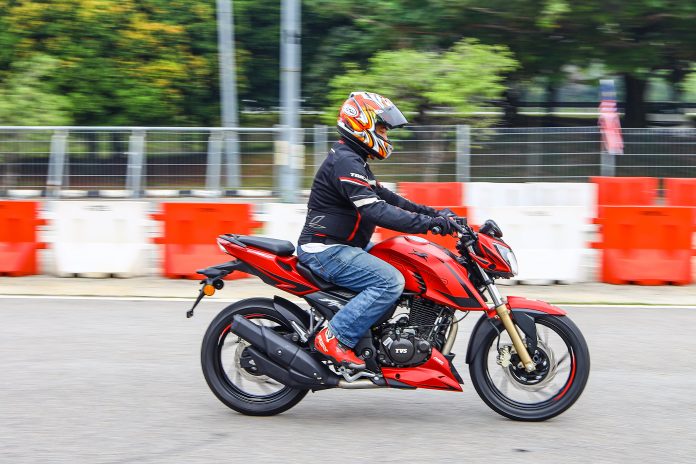 We were given a preview of the TVS Apache RTR 200 4V Race Edition 2.0 in December last year.

Let’s fast forward to the Malaysia Day weekend. Daju Motors Sdn. Bhd., the official TVS distributor for Malaysian and Brunei launched the bike during the Malaysia Day 2019 weekend at the Elite Speedway near USJ. 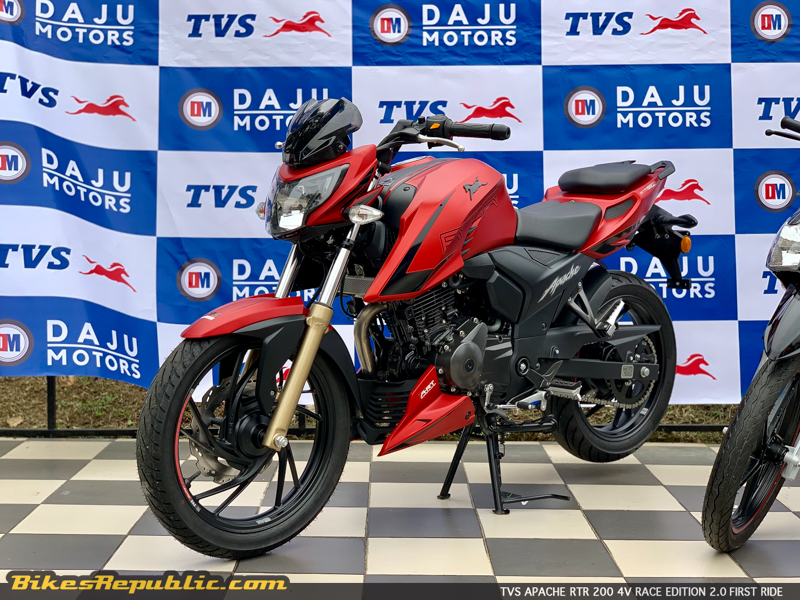 Member of the media, bloggers and YouTubers were invited to have a go on the bike on the circuit. Where better to test ride than in a controlled and safe environment like the race track.

The TVS Apache RTR 200 4V Race Edition 2.0 is a lightweight standard bike but is packed with features as a reflection of its “Race Edition” name. Those features put the bike (slightly) ahead of the competition. 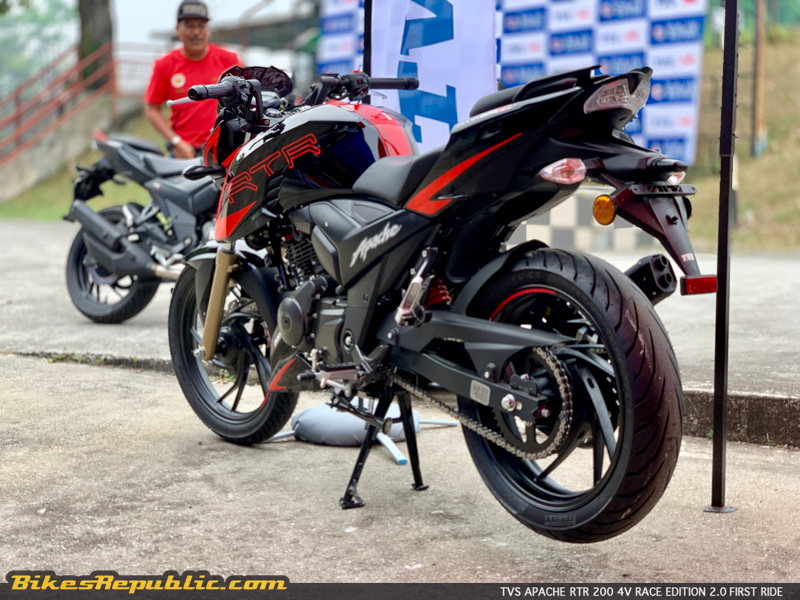 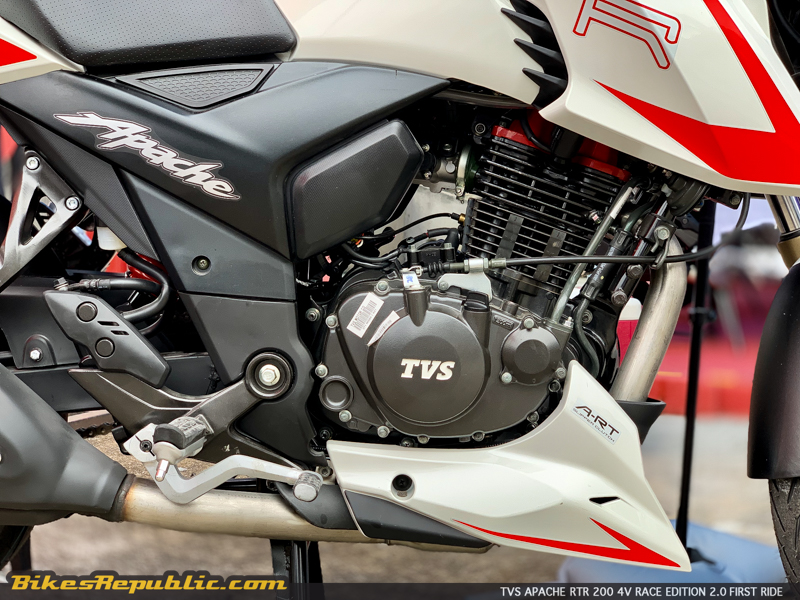 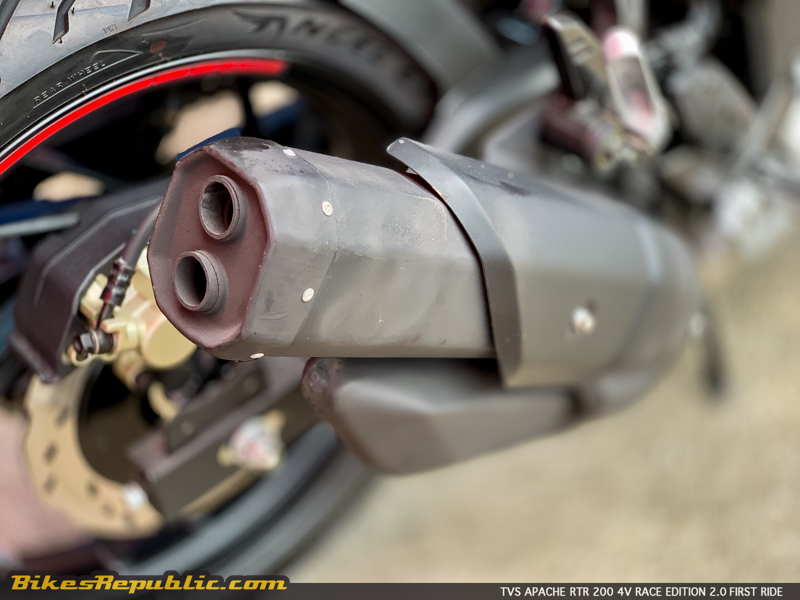 Each journalist was given only five laps of the twisty, narrow and bumpy circuit but the layout favours lightweight bikes such as the Apache. 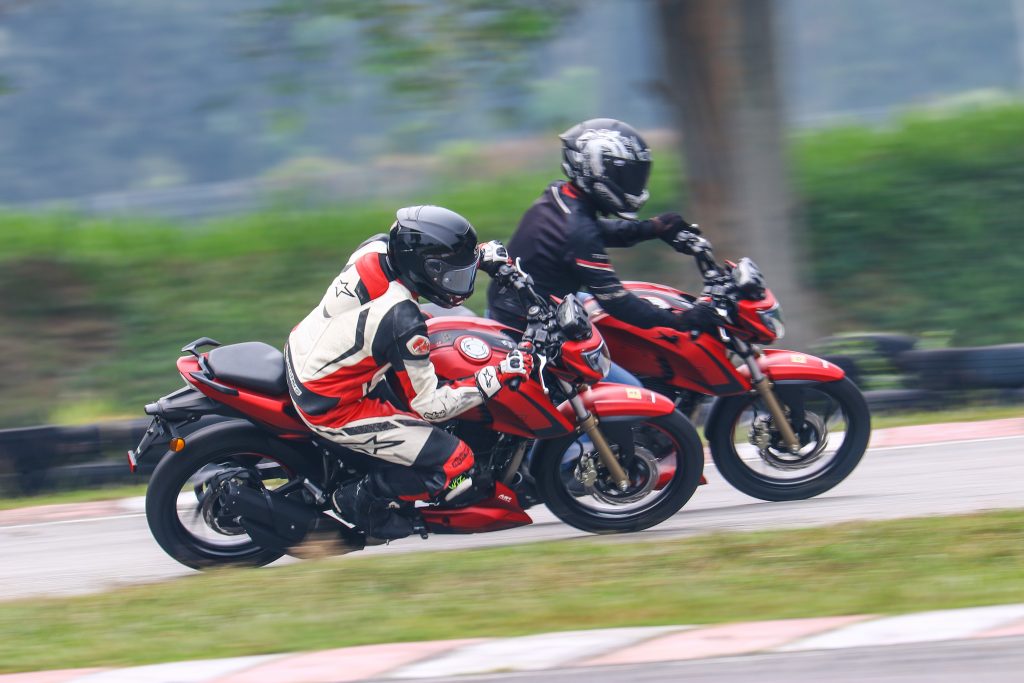 Our first thought was the tyres were overinflated for the task, which we highlighted to the organizer, but nothing was done. So, we went out there and ended up being trashed around as the tyres hopped over the bumps.

The engine took lots of revving to get going, especially coming around the final turn and onto the front straight. But there was a lot of overrun, thankfully as we carried 2nd gear all the way into Turn One. 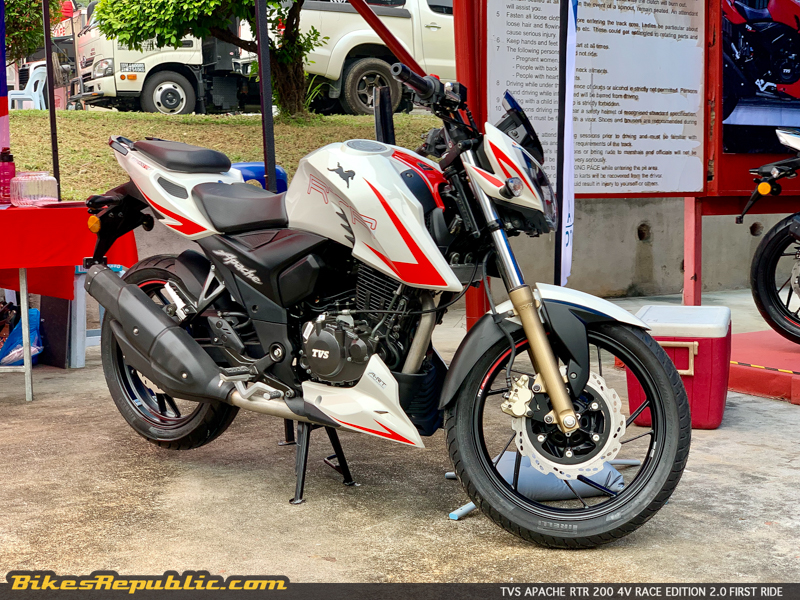 But the bike paid back in terms of handling in spades. The narrow tyres and seating position allowed the bike to be thrown around with little effort from the rider. At least the bike tracked exactly where we pointed it, so selecting a line and going after it was easy.

However, if there was one thing which we really liked was the brakes. We only used the front brakes during the track session since it was more than adequate. It may not be branded but it bit down hard and scrubbed off speed without much drama. 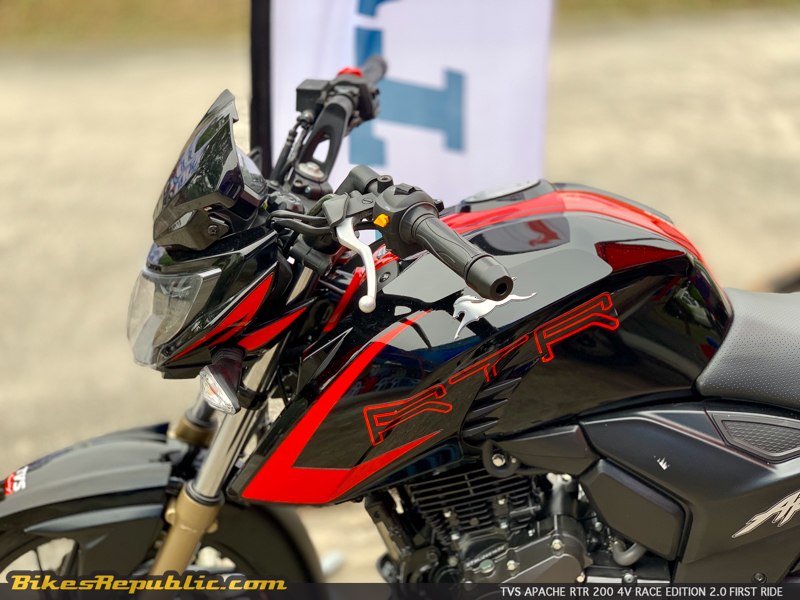 The chassis was pretty stiff, but it meant that the bike didn’t weave about like a drunken person.

The bike’s pretty affordable from RM10,950. Give it a test ride and judge for yourself. 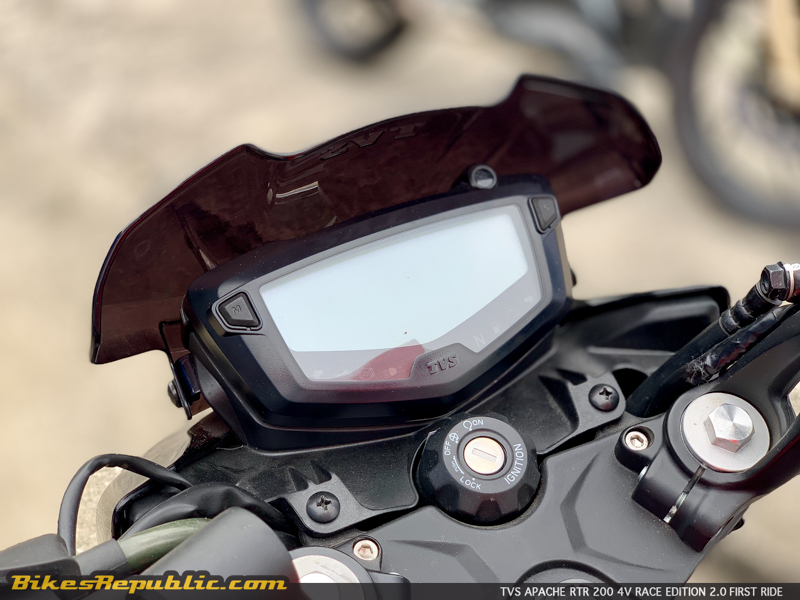