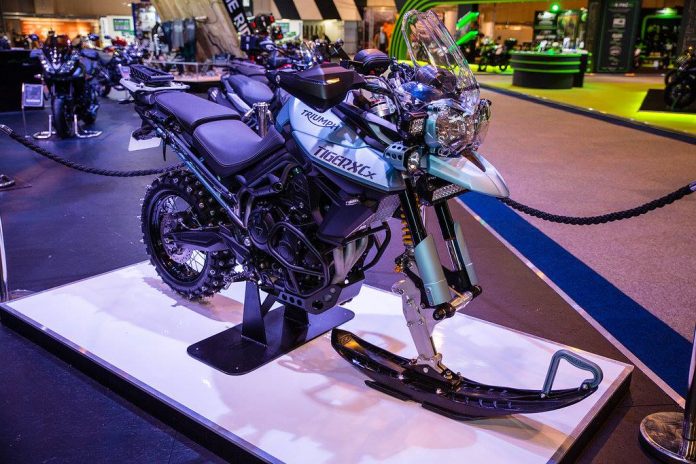 Triumph Tiger 800 XCx Ice Bike was built to dash through the freezing snow and ice of winter. 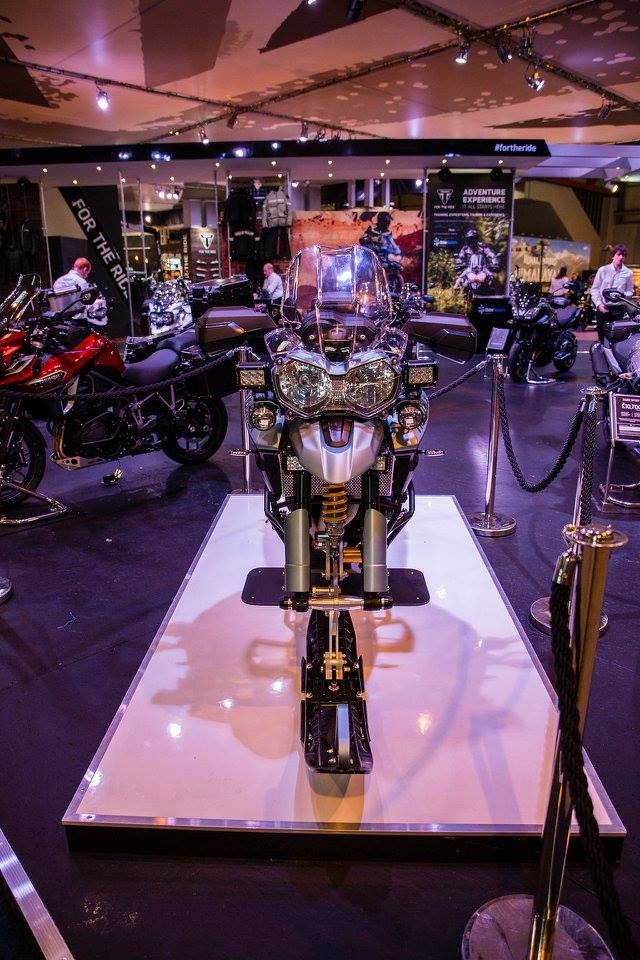 At this point of year, much of the Western world is gearing up for the freezing winter season. One prime example is Triumph and its very cool and ski-equipped Tiger 800 XCx Ice Bike that was displayed recently during Motorcycle Live in the UK. 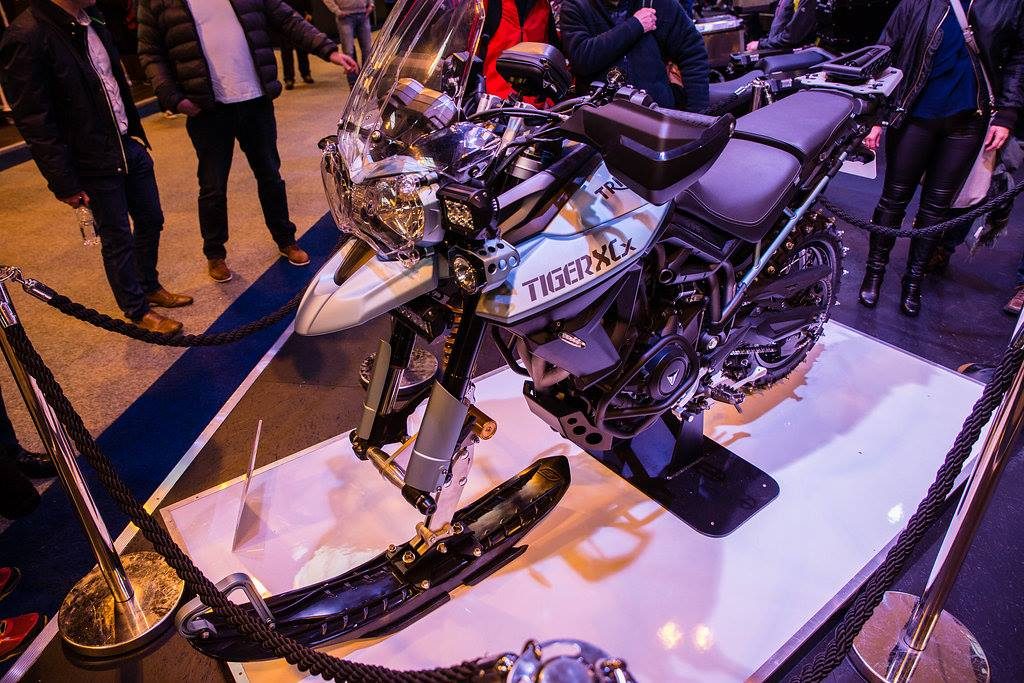 The Triumph Tiger 800 XCx Ice Bike sees its front wheel and tyre replaced with a functional ski unit and a matching new front suspension setup. The rear is primed with a spiked tyre for improved grip and traction as well. Best of all, both bits are being presented as official accessories from the famed British marque. 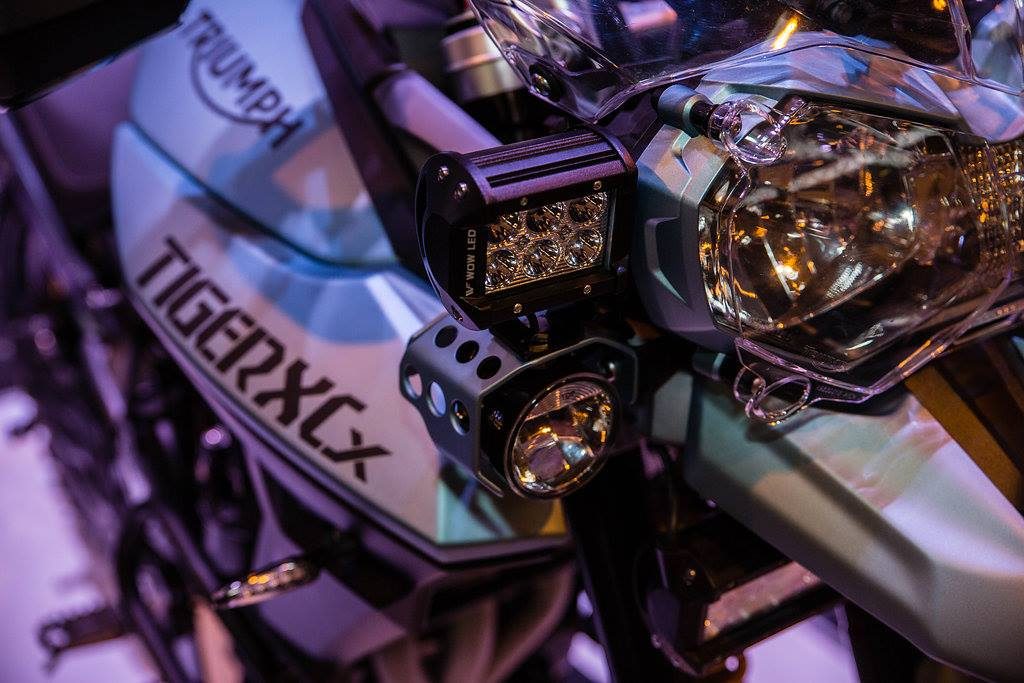 Supplementing them is a set of high-powered off-road LED spotlights. Triumph even added emergency rescue tools like a collapsible spade and ice pick, both of which would come in handy indeed when you’re dashing through the snow and ice. And let’s not forget the heated grips that comes as standard in the regular base bike too.

Since all of these are being offered as official accessories by Triumph, we reckon House Hinckley’s Tiger 800 XCx Ice Bike will stand as a top choice for a number of avid winter riders who revel in the idea of charting across the freezing winter snow and ice. 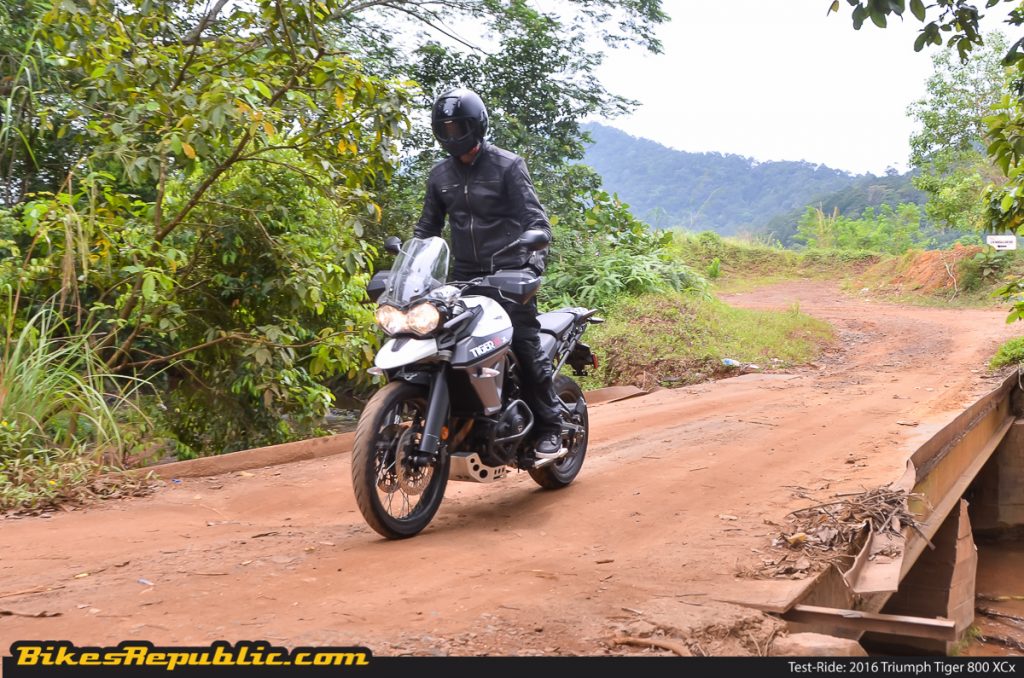 Surely, it all adds up to the base Triumph Tiger 800 XCx’s credentials as a highly capable bike even further – something you can read about in our test-ride review published not too long ago.