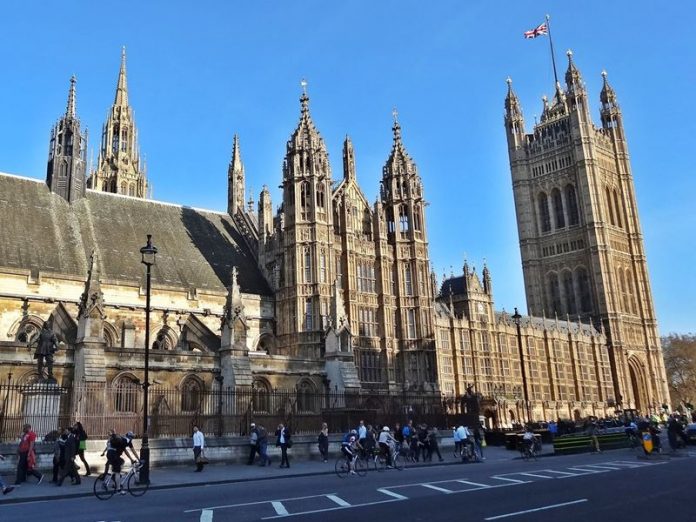 It was another short jaunt from St. James’s Park to Westminster Abbey. All these sites were set up close to Buckingham Palace.

Seeing it all in pictures was nothing compared to the first-hand experience of being there yourself. The sights, the sounds, the cool air, the sunshine, the people and everything else contribute an immersive experience none could forget. 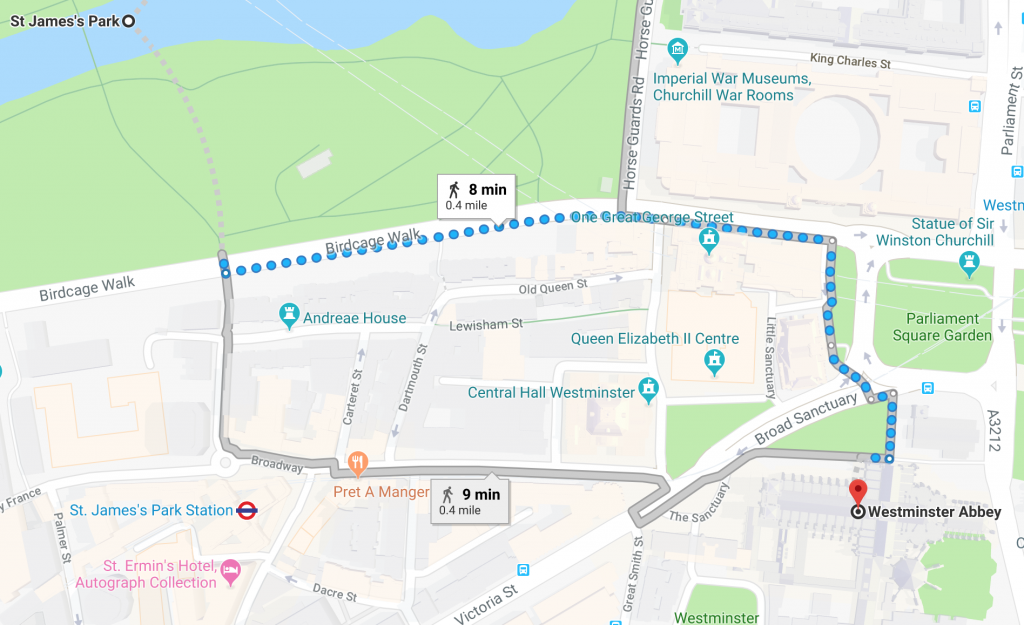 Yes, Westminster Abbey is a gothic church, but I don’t have a fixation for anything goth. Nevertheless, it is where monarchs, royalties, Sir Isaac Newton, Charles Dickens and Stephen Hawking (among other luminaries) are interned (buried). It was also the site in a number of famous movies.

But first, who was Sir Isaac Newton?

You’ve probably learned in school about the guy who discovered gravity when an apple fell on his head. That guy was Sir Isaac Newton. However, the part about an apple knocking Sir Newton’s noggin was a myth. Truth was, he sat under a tree and wondered why apples always drop perpendicularly to the ground, instead of sideways or upwards. 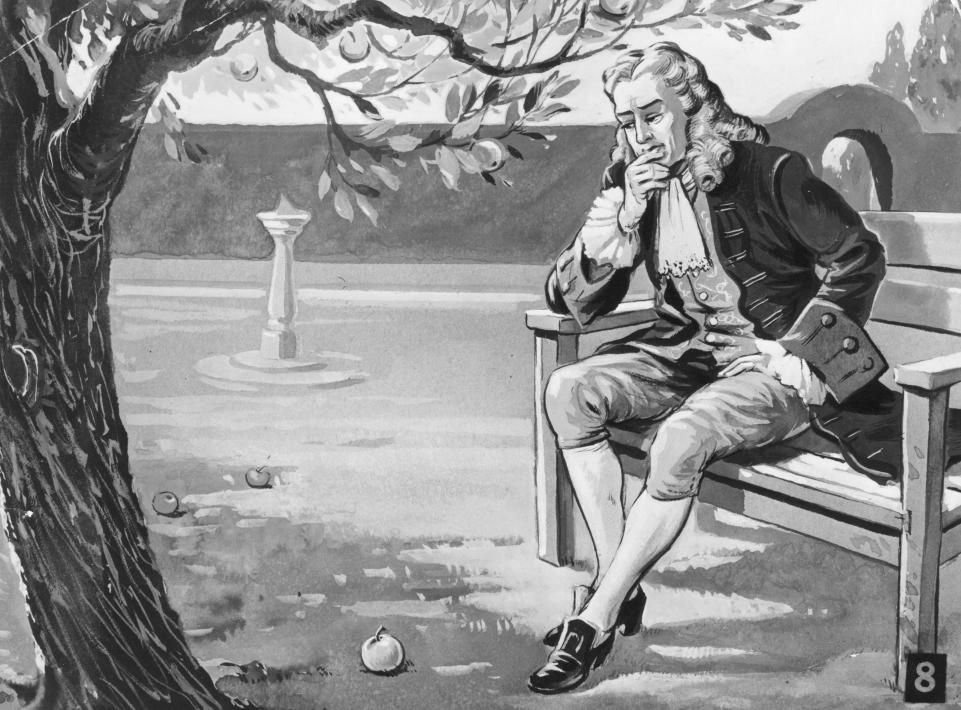 There are stronger connotations to why I venerate Sir Isaac Newton. I love the subjects of physics and motion, besides history and astronomy. The first two are innately connected with how engines and motorcycles work. In fact, an engine’s torque is measured (among other units) in “Nm,” as in Newton-metre. Additionally, there are Newton’s three laws of motion.

It was Newton who gave us the laws of universal gravity, laws of motion, calculus, among many more which he published in the groundbreaking book Philosophiæ Naturalis Principia Mathematica– better known as just “Principia.” It was one of the most important works in the history of science, marking the epoch of a great revolution in physics.

Financed by Astronomer Royal Edmond Halley (remember this name), Principia was published in 1687. We came to understand the motions of the planets, comets and other celestial bodies. 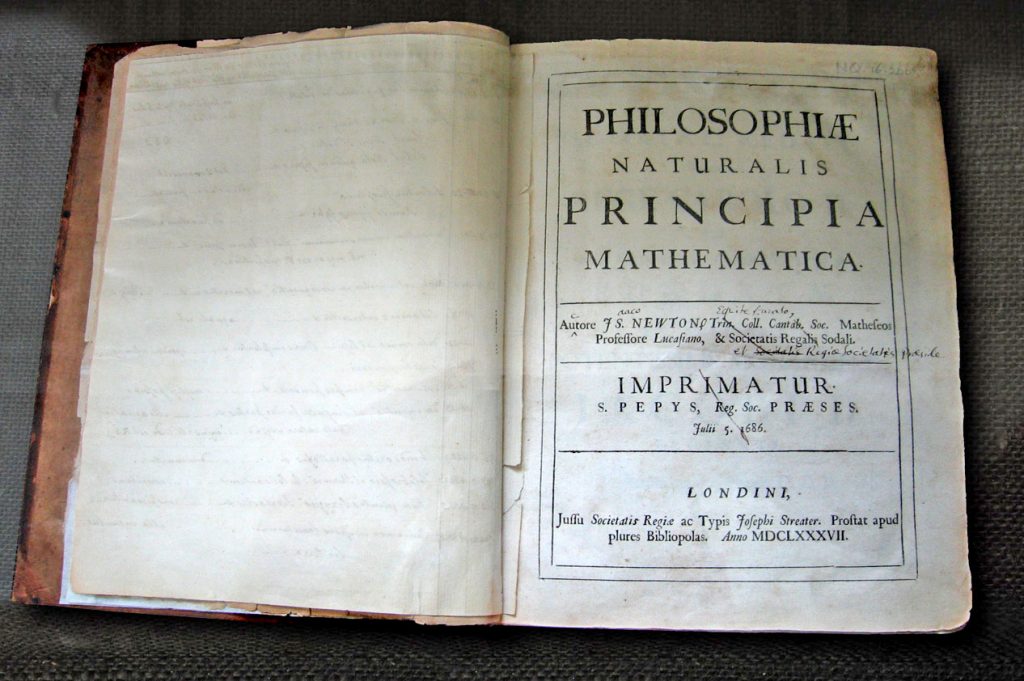 Without Newton’s work, we wouldn’t have satellite communications and GPS because we wouldn’t be able to keep satellites orbit. Worse, we won’t be watching MotoGP “live” on weekends (plus all the football matches). In fact, scientists and engineers today still use Newton’s formulas to send spacecrafts into space and the orbits of other planets.

It was he who created the first practical reflecting telescope, so much so the type is often referred to as the “Newtonian.” He also discovered that a prism separates white light into the colours of the spectrum and continued to research the subject. His findings were published in another book called “Opticks” in 1704. 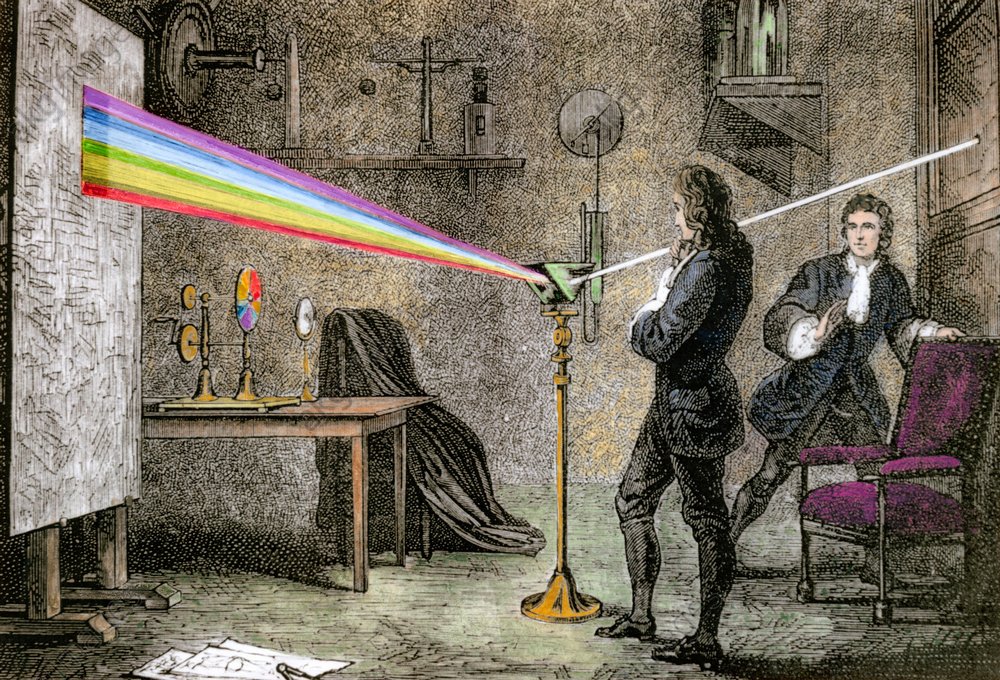 This was why he’s oft regarded as the “father” of modern physics.

Back to Westminster Abbey, the site was established in 960 (1,058 years ago) when King Edgar installed a community of Benedictine monks. It was then expanded and extended by various monarchs through the centuries.

Since the coronation of William the Conqueror in 1066, all coronations of English and later British monarchs had been performed at Westminster Abbey. There were also 16 royal weddings since 1100. Princess Diana’s funeral service was held here in 1997. 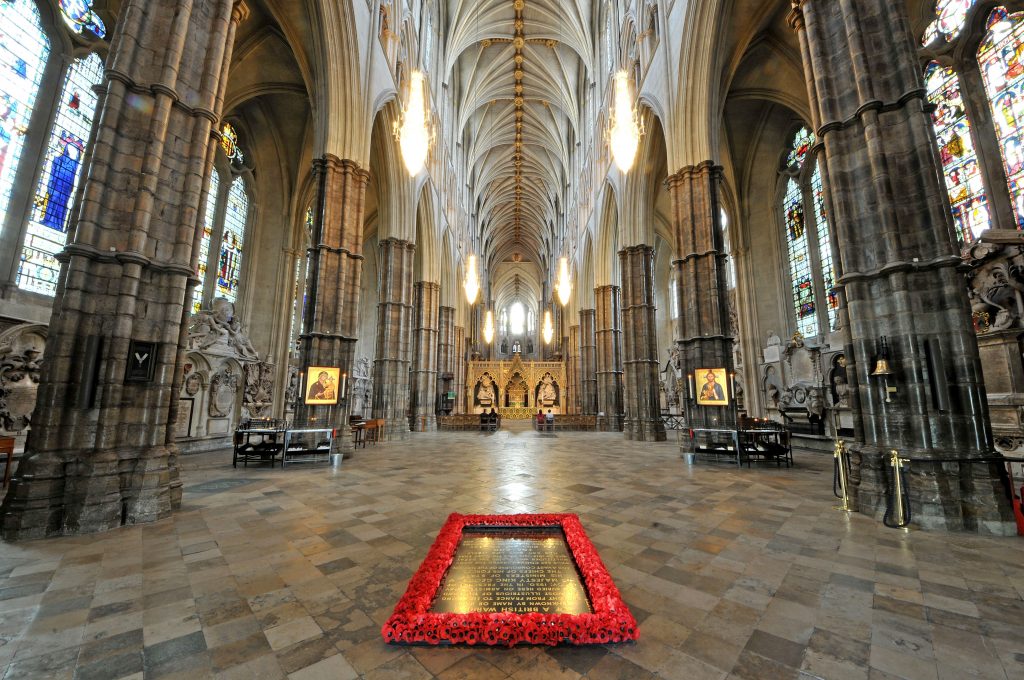 I got goosebumps as I walked in the yard, while looking at all those huge centuries-old stones that were used to build it. Immense buttresses supported the walls. Visitors entered through the magnificent North Entrance façade which is decorated with tracery, arcading and figurative carvings.

The ticket counter’s in the narthex. Entrance fee for a single adult is £22, inclusive of an audiobook and guided tour. Unfortunately, photography wasn’t allowed, and I had a schedule to adhere to. I decided that Sir Isaac Newton’s tomb is one compelling reason to revisit London.

It’s amazing when you do some of research. I never knew that “Big Ben” is in fact the name of the largest of five bells in the clock tower. The tower’s name was simply the “Clock Tower” before being renamed as Elizabeth Tower in 2012. Did you know that? I didn’t. 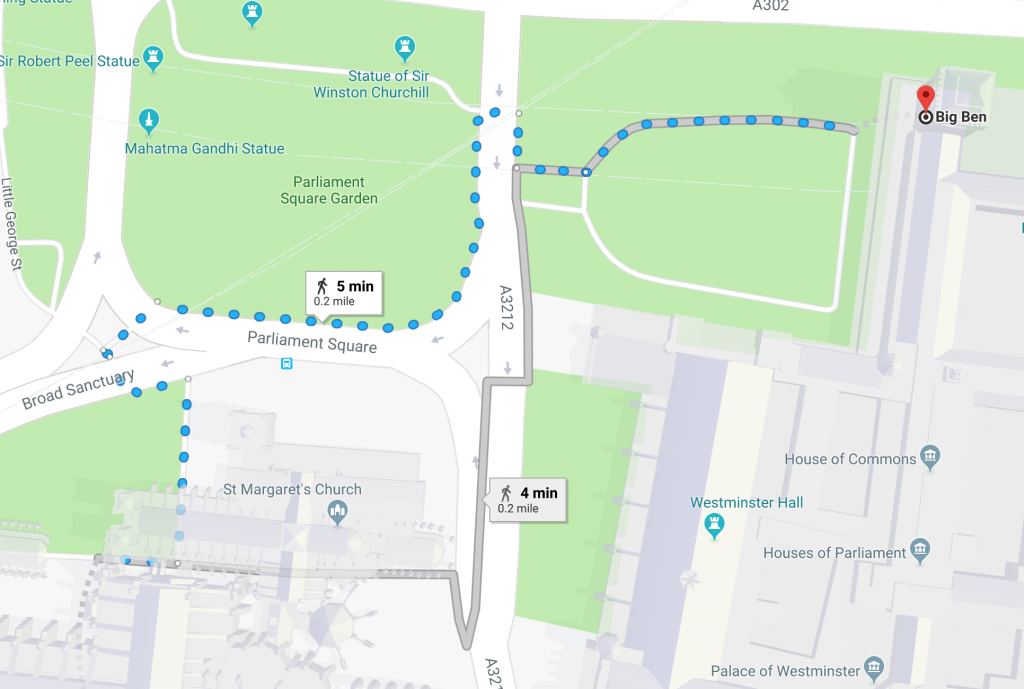 Apart from that, do you know the musical chime of alarm clocks? (Please click on the link below to listen.) It had originated from the four Quarter Bells in the tower.

I used to listen to the BBC radio broadcasts with my late-Dad. The channel always used the tolling of Big Ben to mark 12 midnight, Greenwich Meridian Time (GMT). The practice began in 1923!

The movement of the four-faced clock was designed by horologist Edmund Beckett Denison and George Airy, a Astronomer Royal (remember these names. They will show up again). What makes the clocks tick? A pendulum! Yes, like those in grandfather clocks. And like all old clocks it needs to be wound three times a week. The process takes 1½   hours.

The clock was the largest and most accurate when it was completed in 1859. It was so accurate that removing or adding a penny adjusted the clock by 0.4 seconds.

Big Ben was hit by a bomb one occasion and an anti-aircraft shell during WWII, but it kept working and ringing. It was taken as one of the symbols of British defiance and stoicism during the war.

Big Ben is probably the most famous landmark of London. There’s no doubt every one of us has seen it in a movie or on TV.

However, it’s covered in scaffolding since 2017 for a four-year refurbishing project and the bell silenced. The works will also add a lift inside the tower. The renovation costs add up to£61 million as of September 2017. 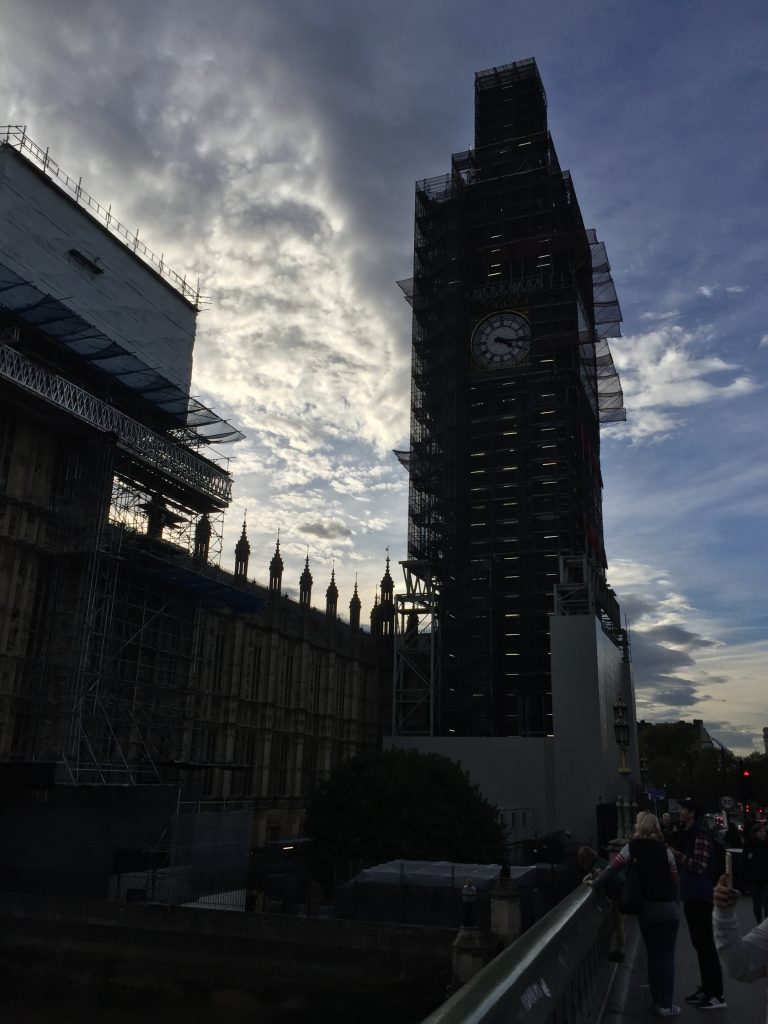 Was I disappointed for not being able to view Big Ben? I was at first, but I knew the restoration will sustain the building for ages to come.

THE PALACE OF WESTMINSTER A.K.A. HOUSES OF PARLIAMENT

“Big Ben” is located at the northern end of The Palace of Westminster, better known as Houses of Parliament. The two structures are so famous that almost everyone on earth would recognize them as part of the City of London.

It is called Houses of Parliament because the House of Commons and House of Lords convened there. 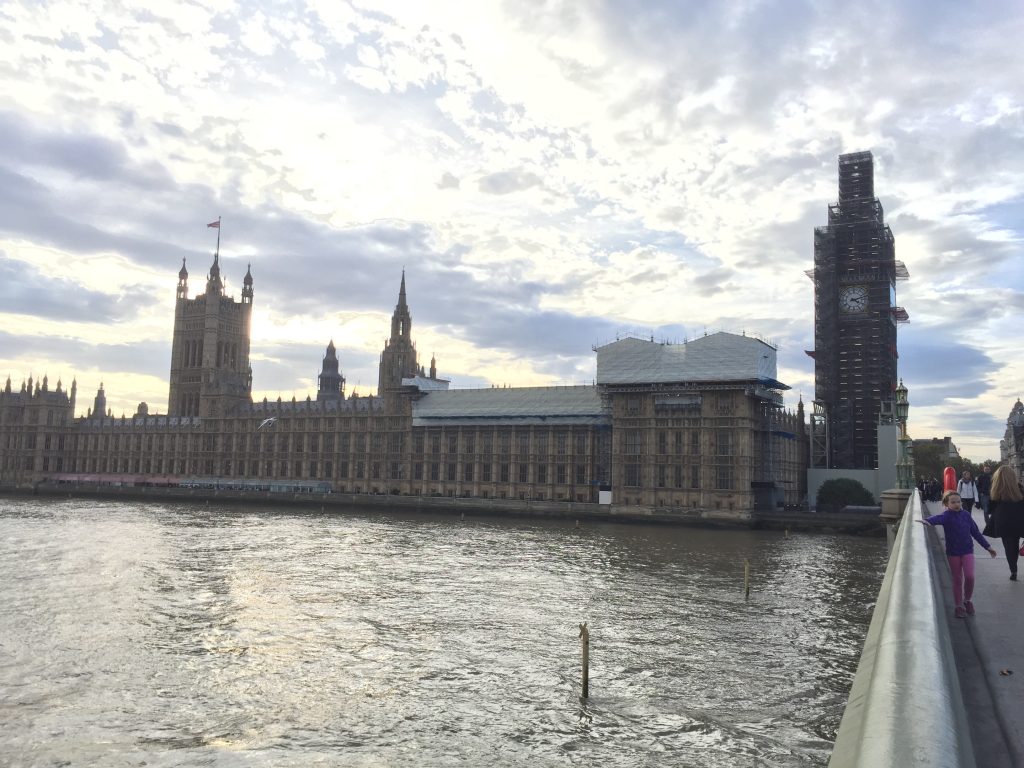 The first royal palace was built on the site in 1016 and served as the primary residence for the Kings of England until a fire destroyed much of it in 1512. The Parliament of England had been meeting there since the 13thcentury but used the palace full-time afterwards.

Another fire broke out in 1834, destroying both Houses of Parliament and most buildings in the palace complex. The job to rebuild the site was awarded after reviewing 97 proposals. Work began in 1840 and was only completed in 1876. This was when the building acquired its current Gothic architecture.

The Blitz (German air bombing) in WWII hit the Palace of Westminster on fourteen separate occasions.

The building is old and in need of urgent restoration. There were reports of the ceiling dropping onto MP’s desks. Consequently, MP’s voted in 2016 to vacate the building in 2022. 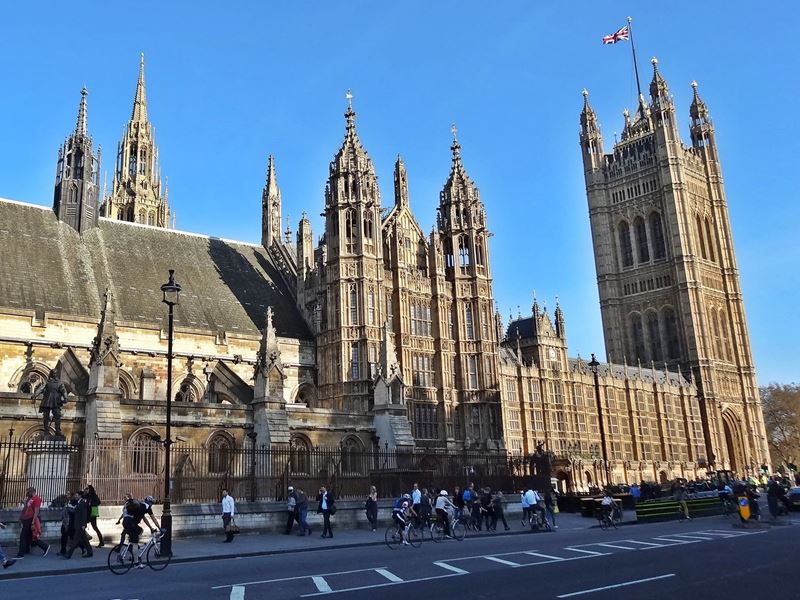 Walking up close past the building was quite another experience compared to looking at it in pictures. Pictures all but show the outlines and little else. I was totally in awe while standing right in front of a structure that I’ve seen thousands of times in books and visual media. There are so many intricate details that need to be experienced. It was an imposing structure, as well. Of course, it had been a residence for the King, after all.

The Houses of Parliament has seen some serious cases of security breaches. As such, like Big Ben, tours are only allowed for British nationals who had obtained an authorization letter from their MP’s.

We’ll take another break here because the last part of Day 2 is another long article as it covers The Imperial War Museum London, a River Thames ferry ride and the Tower Bridge.