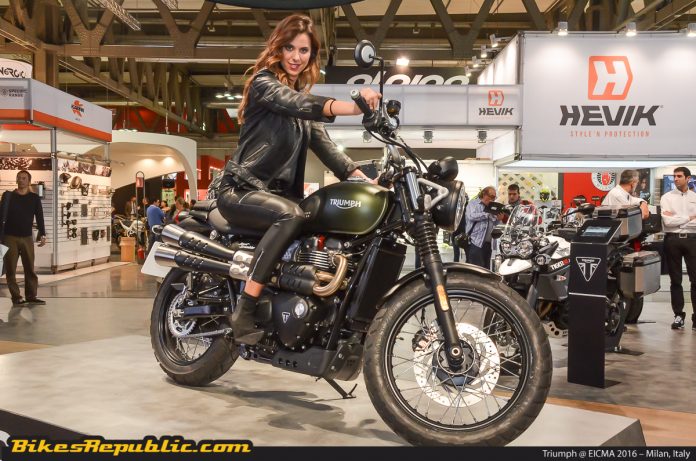 The mighty British marque that is Triumph made its cool presence felt here in Milan. While most of its new 2017 models were unveiled prior, it still had one more to show off. Here what went down for Triumph @ EICMA 2016. 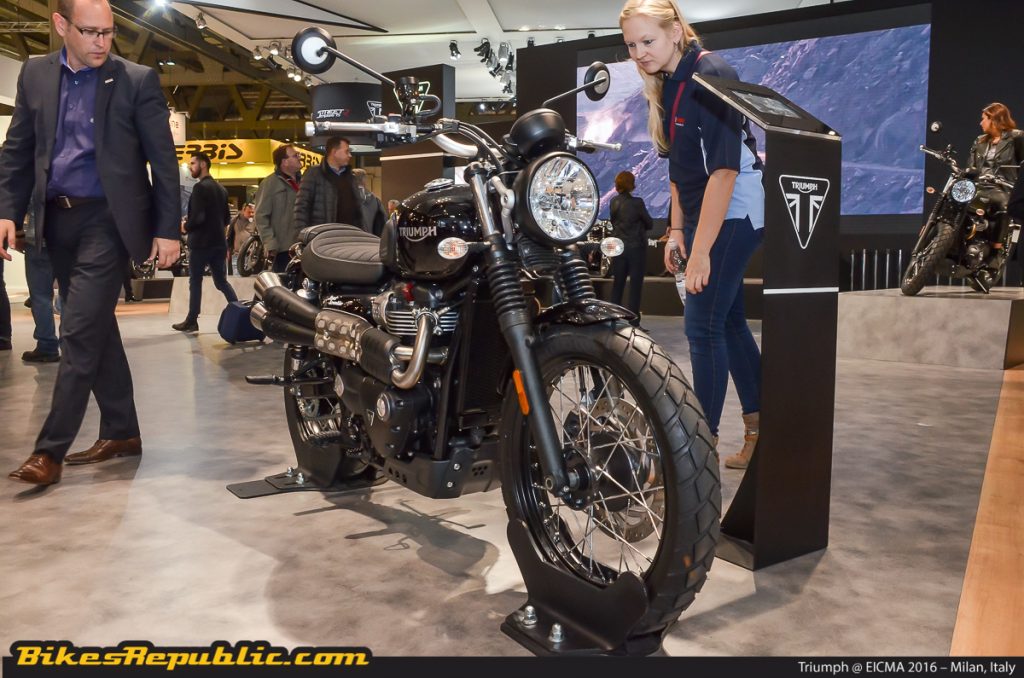 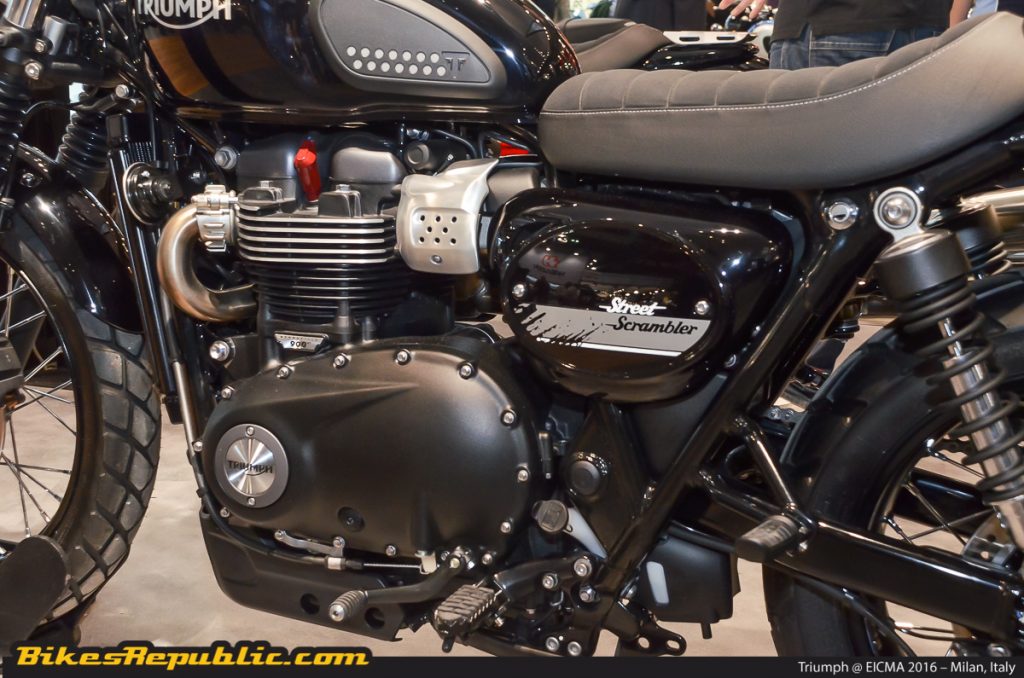 Based off the Street Twin, the Street Scrambler also utilises the same new 900cc ‘High Torque’ parallel-twin mill as found in the base bike primed with ride-by-wire throttle. Also primed on board are switchable ABS and traction control suites. 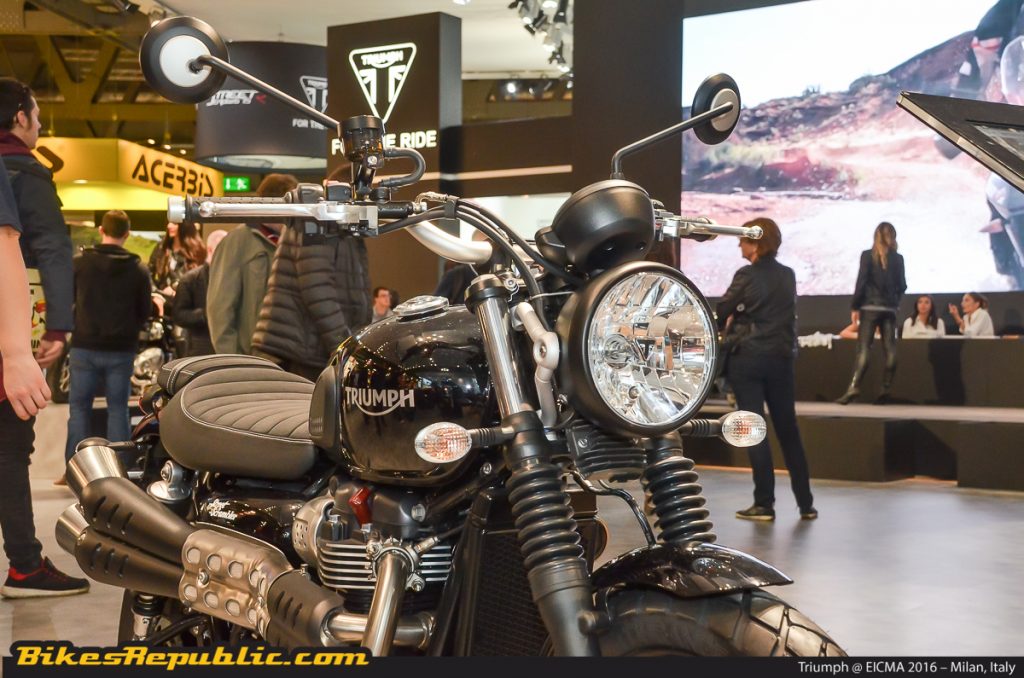 The powertrain is encased in a new and dedicated chassis, allowing it gain with new high-travel suspension front and aft plus the larger 19-inch front and 17-inch rear wheel wrapped in Metzeller dual-purpose tyres. 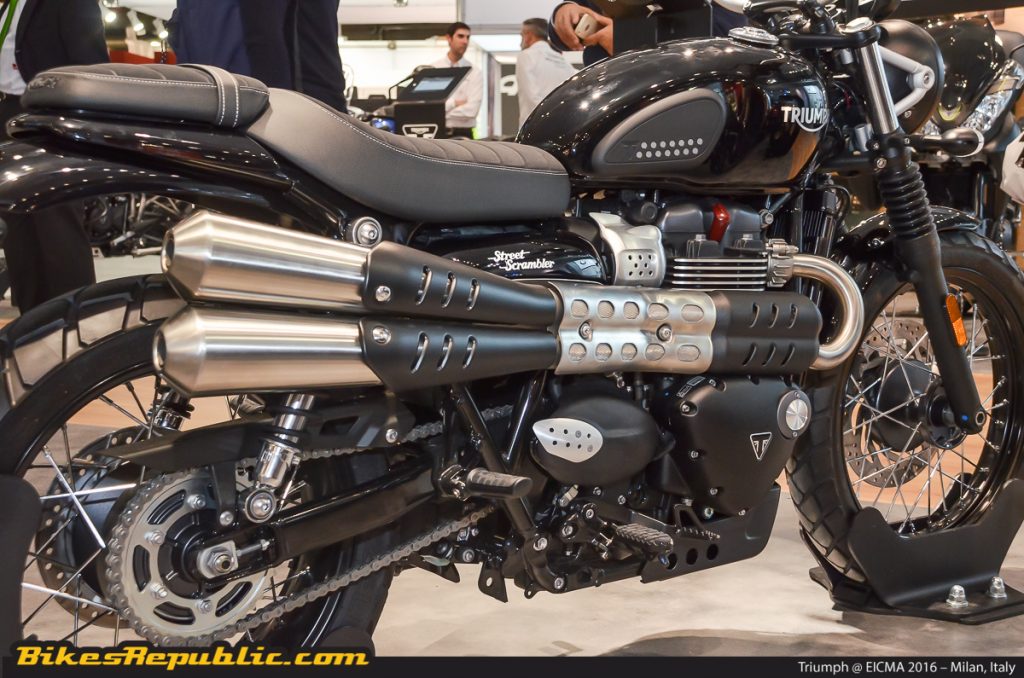 Typical of any retro scrambler, the handlebars have been raised higher but we particularly love the new high-mounted stainless steel twin exhaust pipes running down the right side that looks simply exquisite.

Other changes can be seen in the adoption of more rugged bear claw-styled footpegs, the addition of a bash plate on the underside of the powertrain, as well as a detachable pillion perch. You can replace it with small aluminium rack for a more rugged stance. 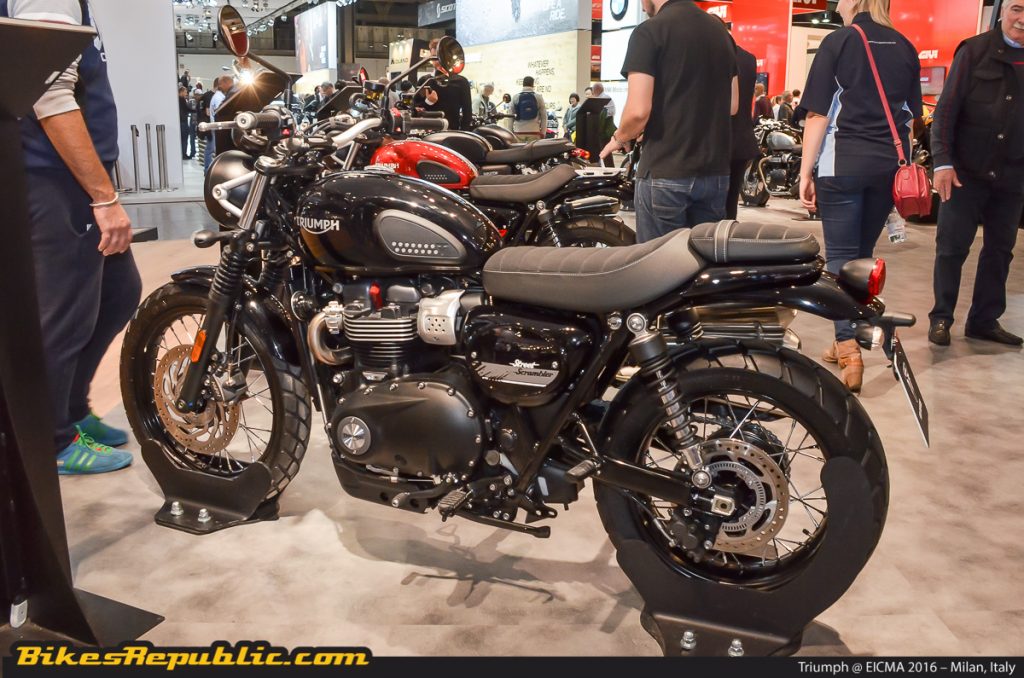 The remaining on board features mirror what we’ve already seen in the existing Triumph Street Twin such as the under-seat USB charging port, retro-styled single instrument display dial, not forgetting the LED taillight.

Of course, if this isn’t enough for you, then worry not because Triumph will prepare yet another rich catalogue of accessories for you to customise with – just like its other siblings. 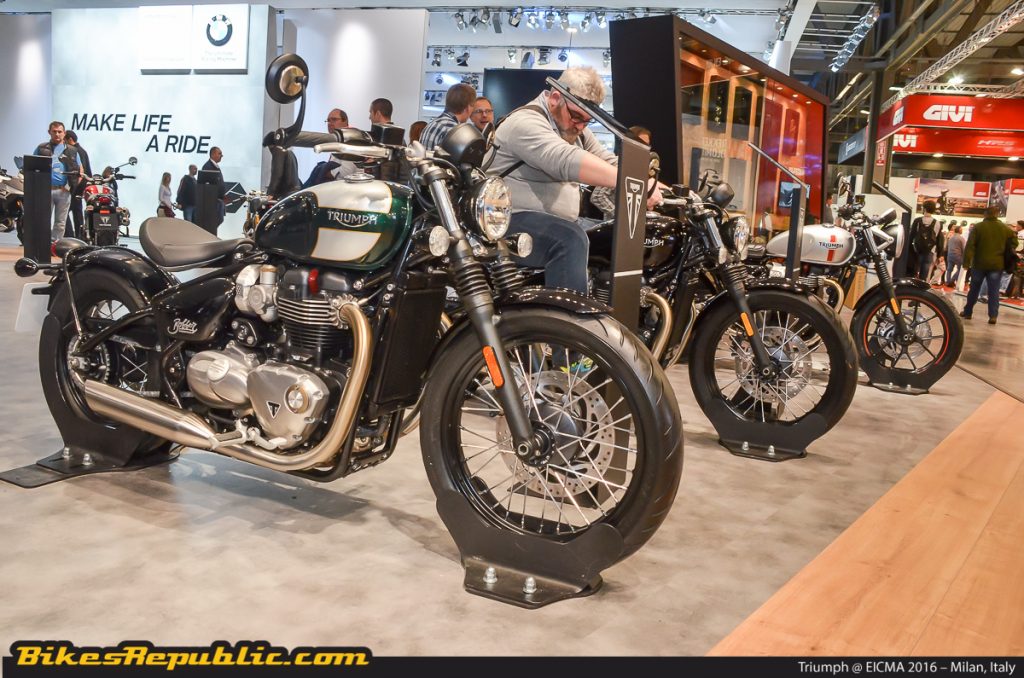 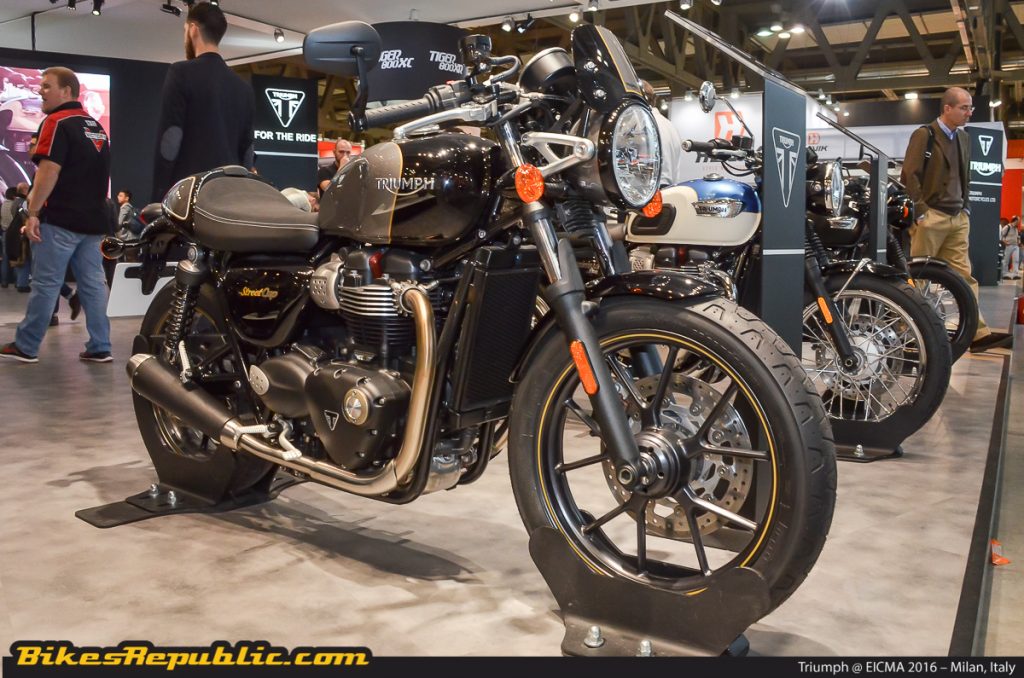 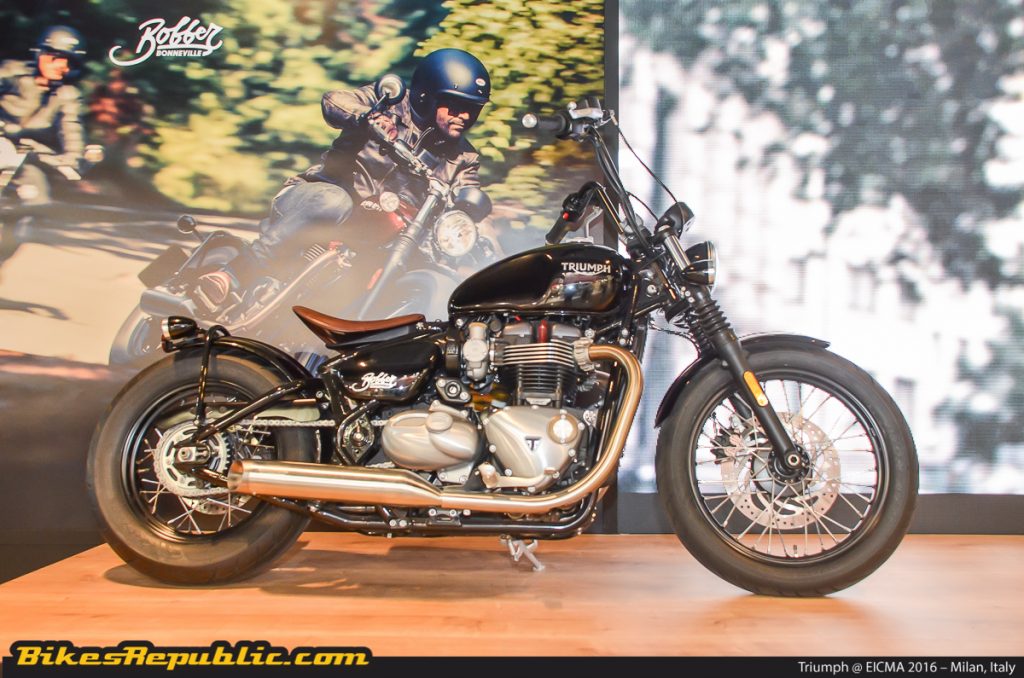 For us though, the Bonneville Bobber is truly something special. What Triumph has done is essentially take the Bonneville T120 platform made it over into a proper feet-forward, low-seat cruiser. Check out our previous launch report by clicking here, but don’t forget to check out more images in the gallery below.