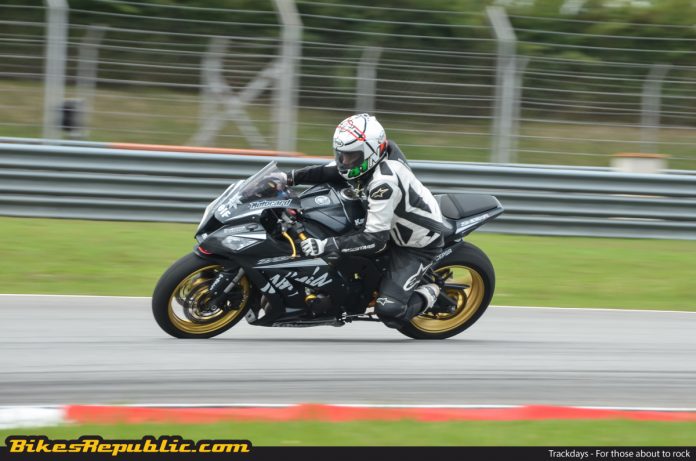 A simple guide to motorcycle trackdays for newbies and experienced riders alike. 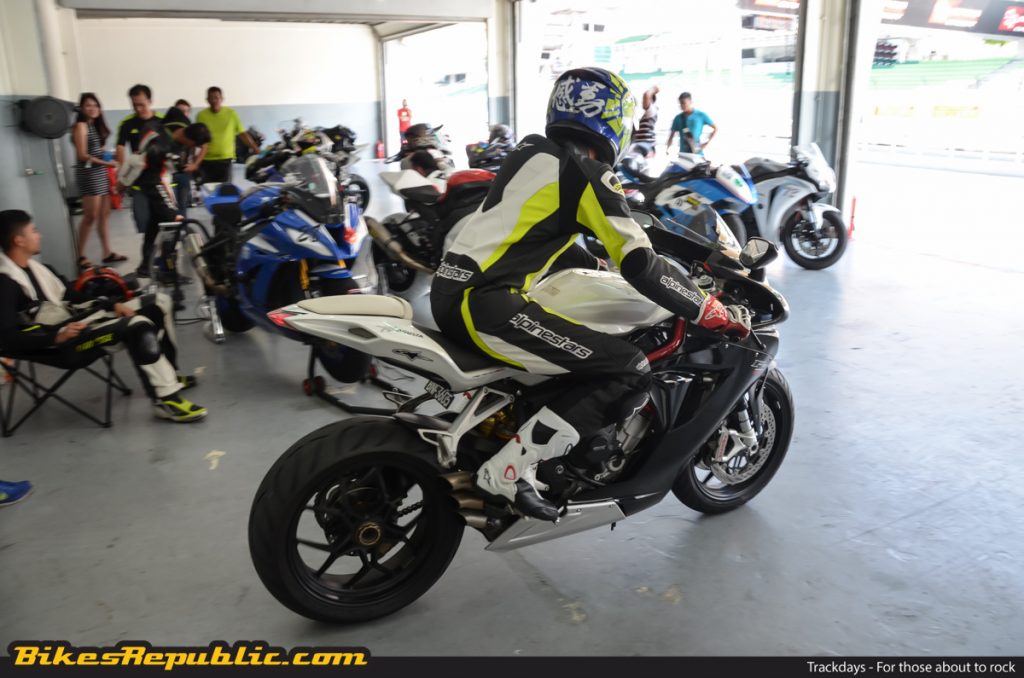 Trackdays are awesome. They’re what performance motorcycles were built for. In a time where every thrill is being watered down, every risk taken out of modern lives and there seems to be a strictly capped limit for fun, trackdays are just too good to be true. Addictive, edgy, life affirming.

But before you race your way down to the circuit, here’s a simple guide for you to prepare, especially if you’re new to the activity. Seasoned warrior also take note, after all, a refresher once in a while doesn’t hurt, right? 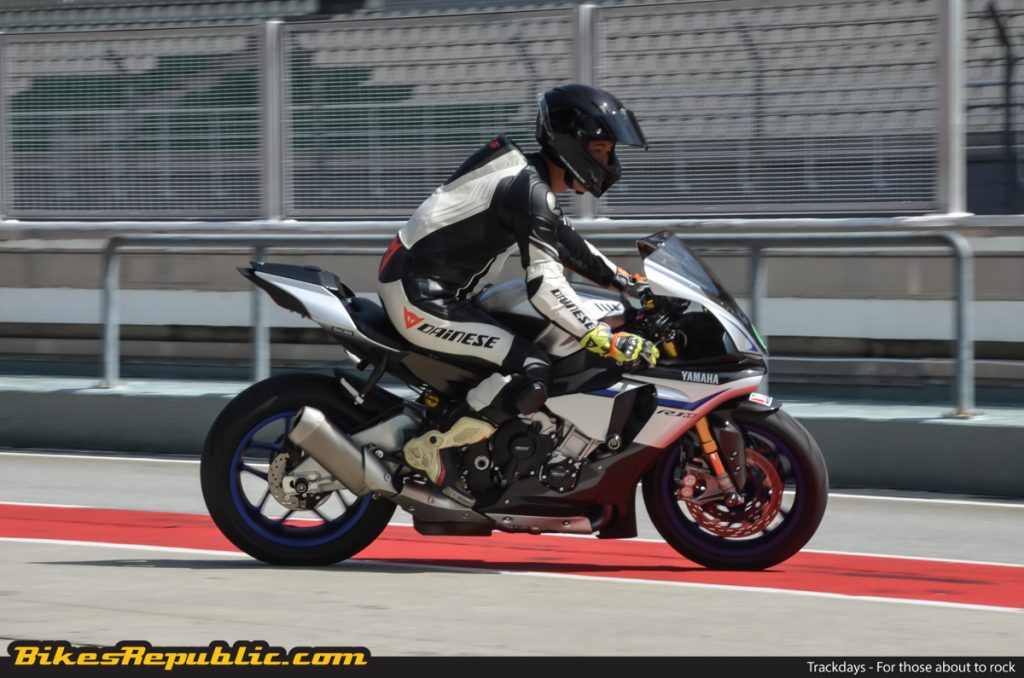 Your brain
A trackday takes more out of you than you would imagine. All the talk of no traffic, no pedestrians and no road debris makes it sound like a walk in the park, but it’s demanding in different ways. Until you’re conditioned to them, by the end of a day on the track you’ll be mentally and physically smashed.

To help you survive, get a reasonably early night before your track attack. There’s no point in wasting half a day because you’re not feeling too alert.

Ideally, check out the track layout first. It’ll help you have a rough idea what to expect. Attend the briefing on flags and safety if there is one. When it comes to your time on track, don’t be too nervous. Unless you’re very unlucky, it’s only your own stupidity that’ll get you in trouble, so RIDE AT YOUR OWN PACE.

The laws of probability state there’ll be someone slower than you unless you put yourself in the wrong group. Some ‘very steady’ people attend trackdays. No one’s going to laugh in your face if you bumble around getting into the groove, just DON’T BE A DANGER. Learn which way the track goes and remember that your tyres will take a couple of laps to warm up. There is always someone who doesn’t – don’t let it be you. 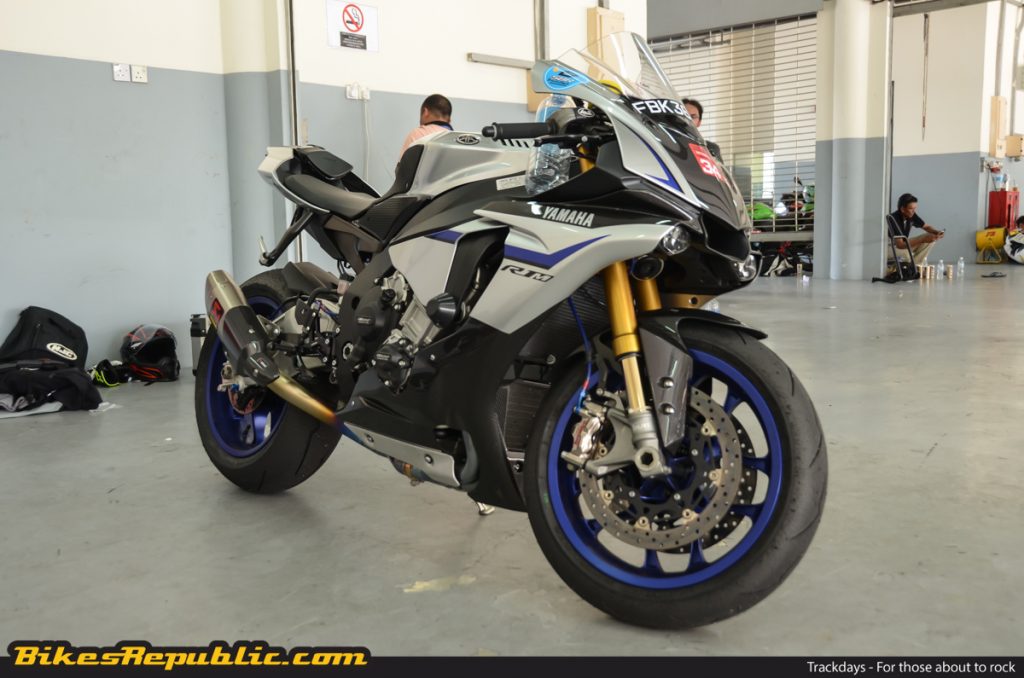 Your bike
You’re at one with yourself. Physically and mentally you’re prepared, but it’s all for nothing if your bike is not. Lap after lap the engine is revving close to the redline and the brakes are worked as hard as they’ve ever been at the end of the straight.

If your bike’s feeling a little emotional at the beginning of the day, it’ll be close to breaking point or worse by the end. 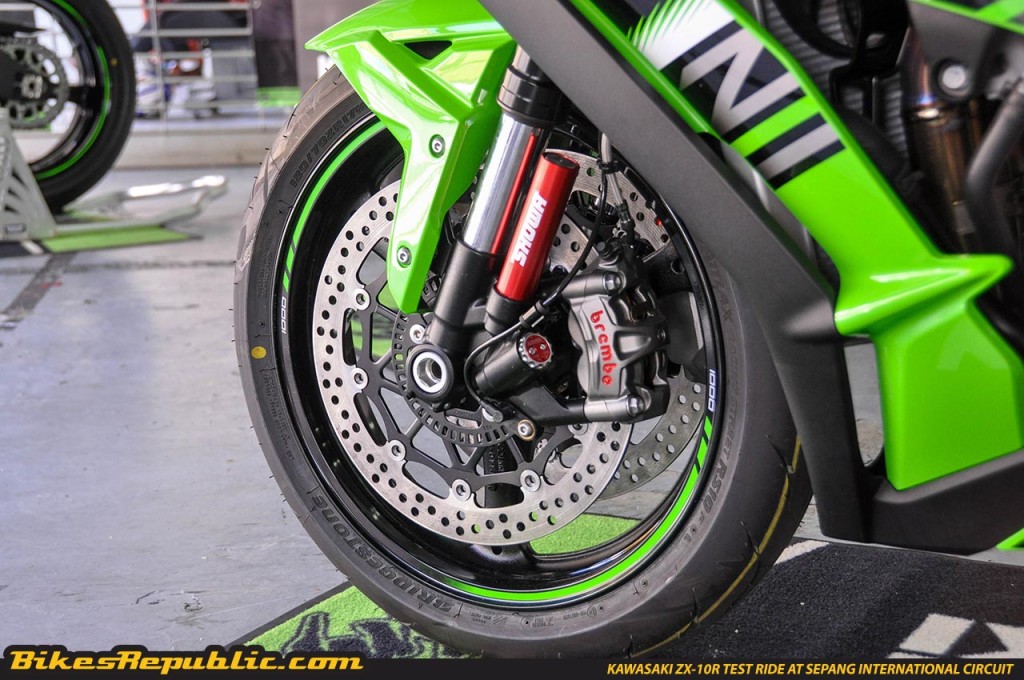 Check your tyres. Don’t think about using the edges of a squared-off pair. False economy, friend. Your brakes will be subjected to some pain so inspect your pads to make sure there’s lots of life left on them. Also, check the discs and fluid. If they look even slightly dodgy, it’s worth changing them. The same is true of chain and sprockets. 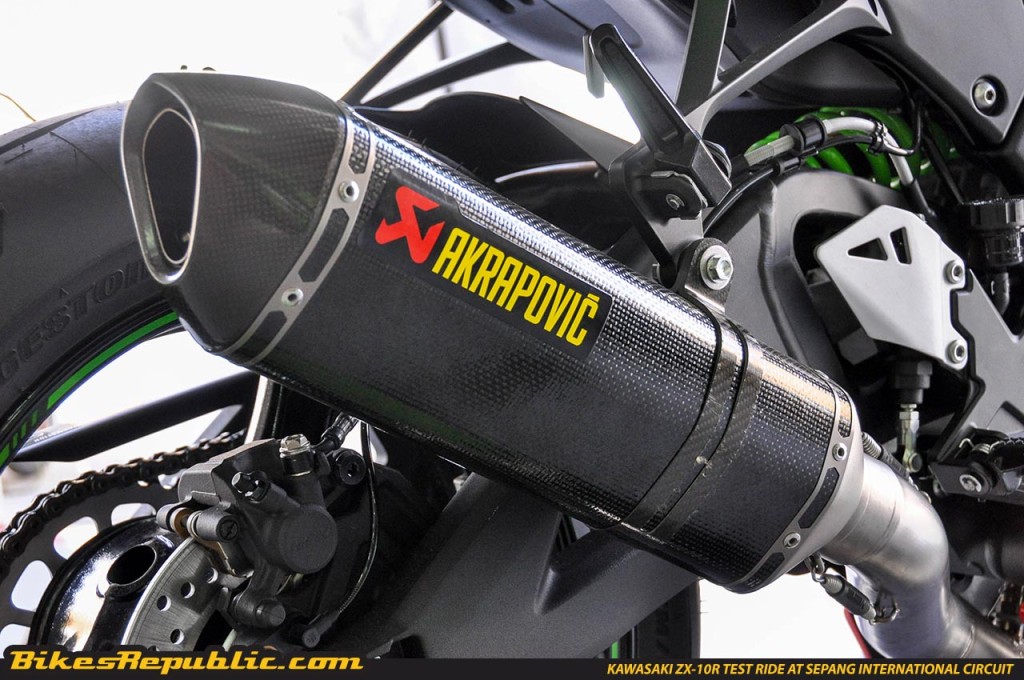 If you’re running a race system or a slip-on, make sure that it’ll pass the noise limit set by the track organisers. Some tracks make you tape up your lights, some don’t, but it’s not a bad idea anyway. 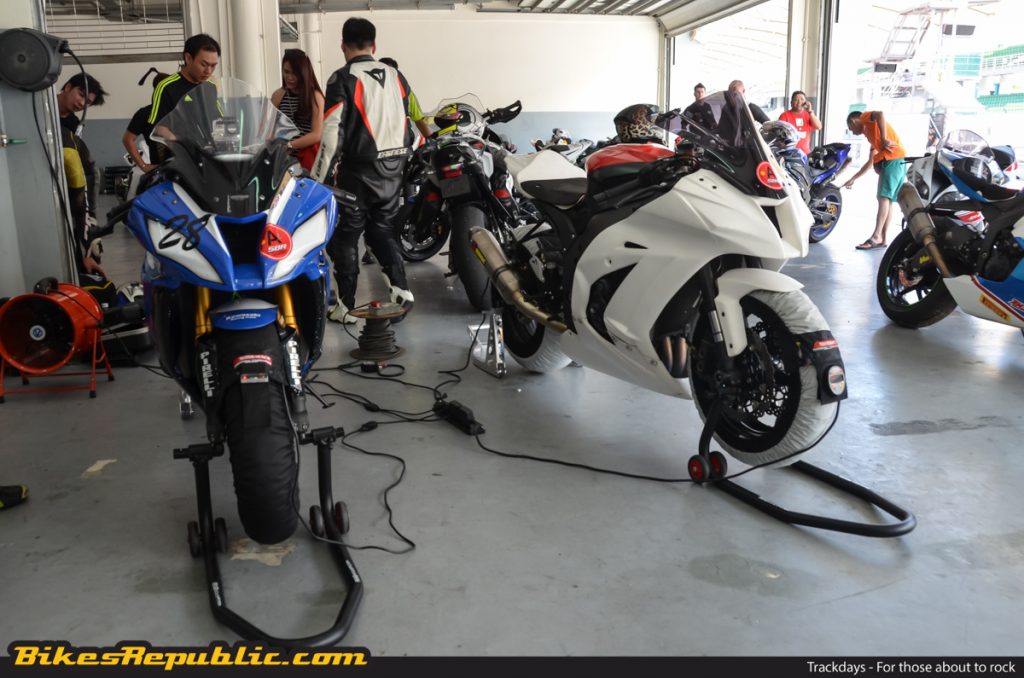 Other than that, make sure your bodywork is secure and isn’t going to flap about – it’s easier to check at home rather than wandering around the pit garage trying to source spare fittings. Oh, and take your mirrors off. You won’t be needing them and if you’re a novice, they’re only going to be a distraction.

Other essentials
– Make sure you have enough petrol. Bring spare if you can.
– Bring your license. Some tracks won’t allow you to ride if you don’t have one.
– Bring gaffer tape to tape up signal blinkers and lights.

– Using a Snell or DOT certified helmet will do your head some good.
– Bring spare visors for your lid. Clear and tinted would be ideal. You’ll never know.
– A good one piece or two-piece suit would be the best for your safety.
– Use a proper back protector. Not mandatory though, but safety first.
– Waterproof gears in-case the skies open up with rain.

– Some basic tools for tweaking your suspension and chain.
– Tyre pressure gauge.