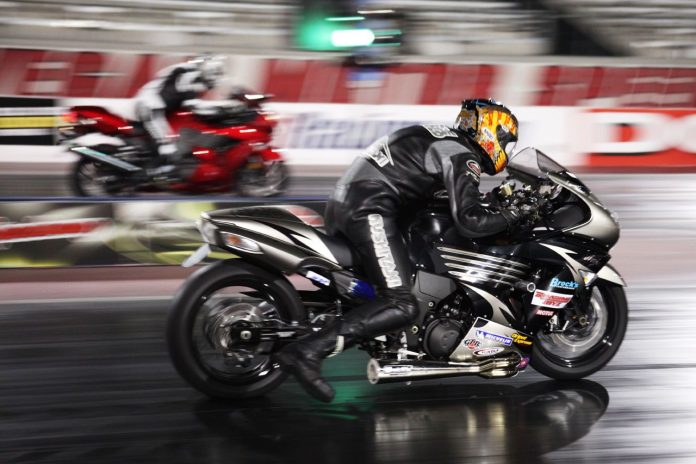 Most of us are transfixed by the word “power” or more specifically, “horsepower.” We even assign the word to other aspects of life such as food i.e. “That laksa lemak was power!” 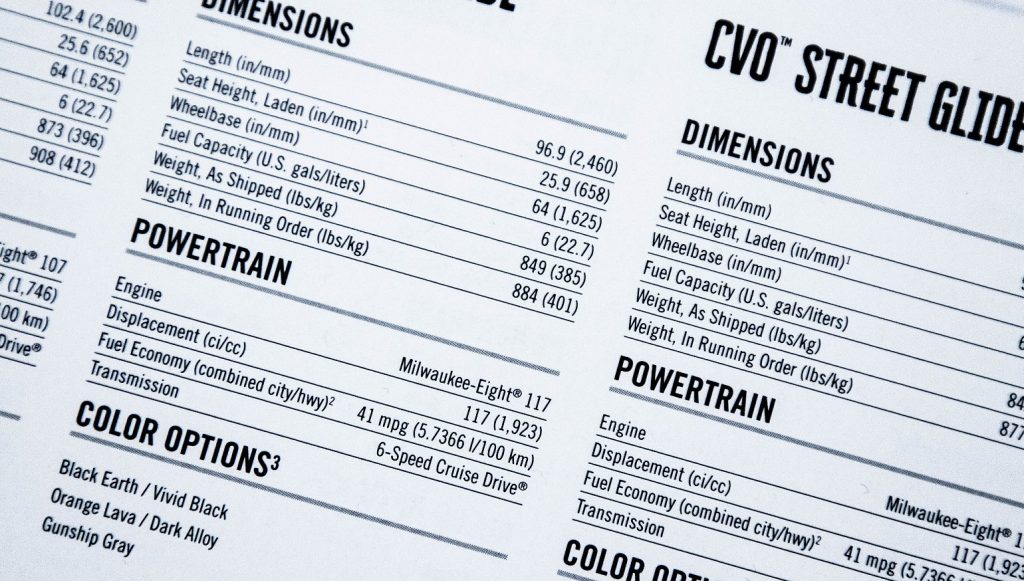 But an engine produces not only horsepower but torque, as well. This is where it all breaks down. Ask around and you’d probably get different answers. What exactly is horsepower? How is it related to horses? What is torque then? If lots of torque is for hard acceleration, why do we need horsepower? And if lots of horsepower is for higher top speed, why do need torque?

But first, we need to understand the definition of energy.

Energy is the capability to do work. There are many forms of energy such as chemical energy, potential energy, heat, kinetic energy, mechanical energy, etc.

Where do we get energy from in an internal combustion engine from the exploding air-fuel mixture, of course. It turns the chemical energy stored in the fuel to heat and kinetic energy, and the expanding pressure forces the piston down.

Therefore, energy is expended, and work is done.

Read: How Does a Four-Stroke Engine Work

What is torque then? 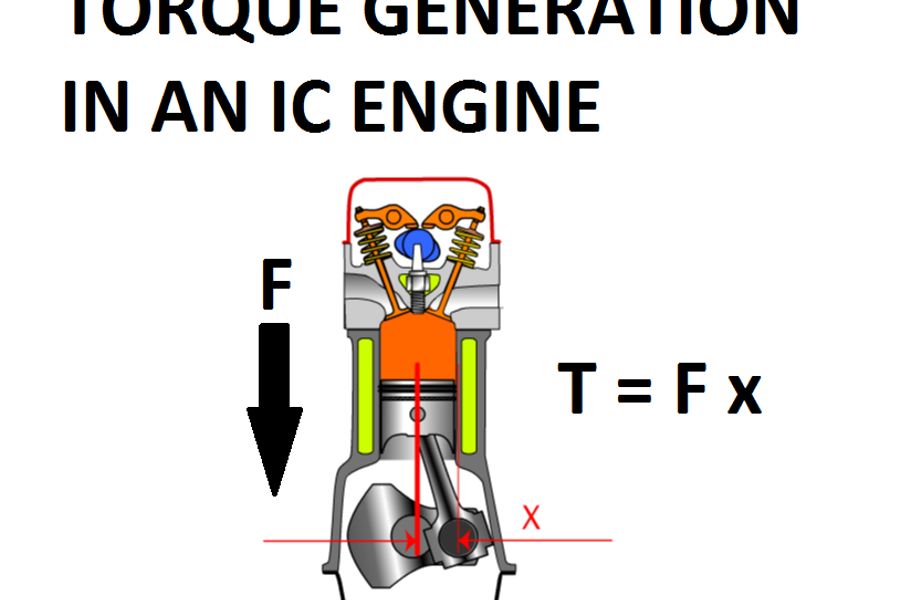 Let’s imagine that we’re lifting weights in the gym.

That force we lift them by pivoting our forearms is the torque. In other words, it’s the force through a direction. Torque measures the force of an object as it rotates around an axis, fulcrum or pivot. When we switch to heavier weights, we need more torque to lift them.

In the engine, as the piston is pushed down after air-fuel combustion, it generates forces that turn the crankshaft and flywheel attached to it i.e. torque. It is then channeled through the gearbox, and finally out to the final drive to turn the rear tyre.

Torque can be manipulated by gearing to amplify or reduce its effect – that’s exactly what the transmission is for.

Think of torque as that sheer force generated when the air-fuel mixture combusts inside the engine.

So, what is horsepower? 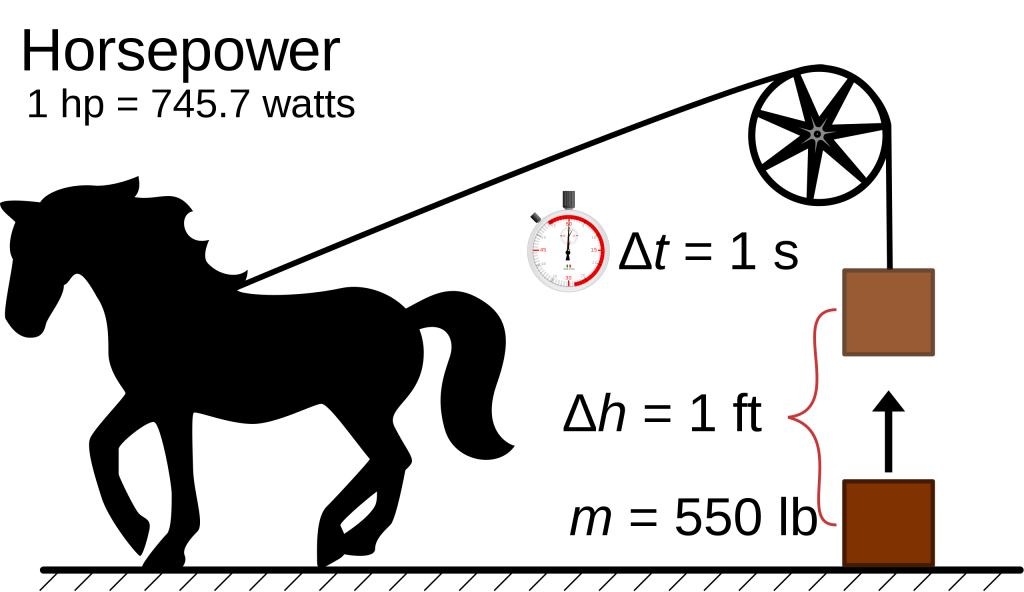 Power is defined as the rate of the energy being expended or the work is done.

Let’s go back to lifting weights. The faster we lift, the more power we expend. At the same time, we decided to measure how many lifts we could do per second. This rate is measured by Joules per second, which written in the simple term as Watt (W). This is why you often see engine power rated as “kW” (Kilowatt).

Going back to the engine, power is how fast the torque is produced on a timed scale i.e. crankshaft revolutions per minute (RPM). Hence, power is torque multiplied by RPM. In other words, you have to spin the engine faster and faster to receive more horsepower.

But how did “horses” come into play? The unit was coined by Scottish engineer James Watt (remember Watt earlier?) to compare the output of steam engines with the power of horses. From that, 1 mechanical horsepower was derived from a horse lifting a 550-pound load up 1 foot in 1 second.

To illustrate the point that power is torque multiplied by time again, the horse lifting that load 1 foot is the torque hence the unit foot-pound (lb.-ft.) or Newton-Metre (NM). Adding a time scale i.e. 1 second turns it into horsepower (hp).

So, torque is the mother of horsepower.

An important note here: Horsepower figures are notoriously varied in different regions as there are different calculations to arrive at different figures. That means, the horsepower figure may be higher or lower. As such, the European Union issued Directive 80/181/EEC in January 2010 that kW must be used as the main unit while horsepower as supplementary. This is why manufacturers specify engine power in kW in all their brochures while leaving out hp.

So, how do torque and horsepower influence engine performance? 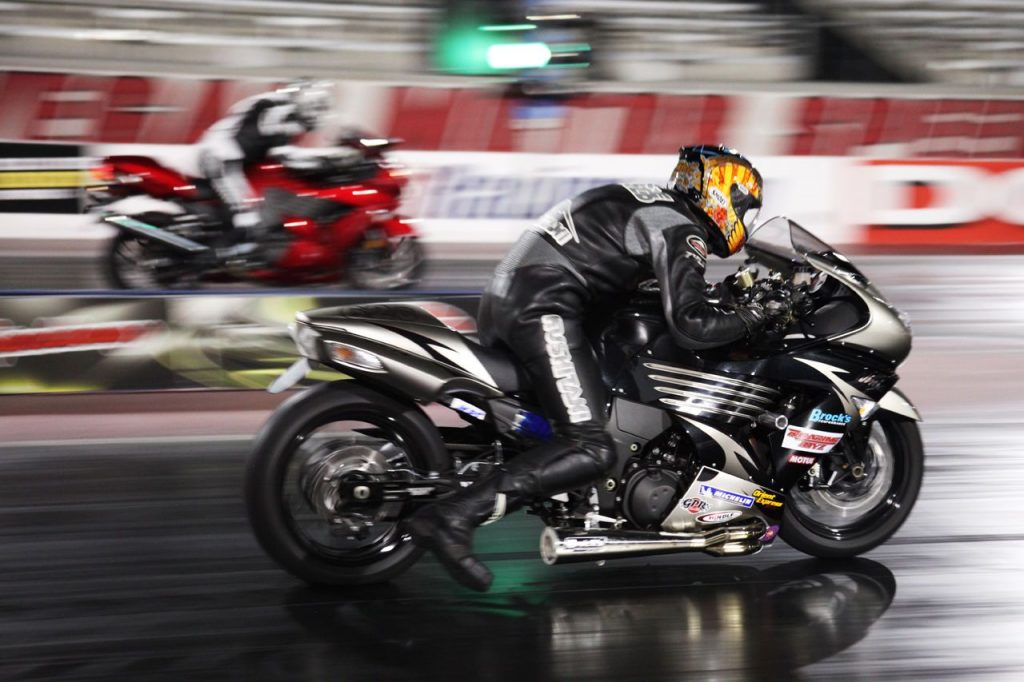 Let’s take two bikes of the same model and fit each with an engine of different torque and horsepower rating. Bike A has 150 Nm of torque and 100 hp. Bike B has 100 Nm and 150 hp.

Bike A would get off to a quick start but couldn’t hit a higher top speed. However, we could load up the bike with a passenger and lots of luggage since the high torque isn’t so affected by the weight. This engine is good for cruisers and tourers since they need to carry all that extra weight.

As for Bike B, it needed a little bit more time to reach speed, but it’ll take off at a certain point and hit a higher top speed than Bike A. However, loading it up with a passenger and lots of luggage will see it getting sluggish and struggle to get up to speed. This engine is suitable for sportbikes, so long as weight is kept as low as possible. It also means that the bike needs to be launched off the line at higher revs.

However, the above is the likely scenario on a straight road without traffic. In the real world, torque is more important as it gets the bike accelerating and rolling. Here, horsepower is only useful for us to reach certain speeds, say 110 km/h, 130 km/h 160 km/h and so forth. Yes, big horsepower figures will take us to much higher speeds, but it’s capped at 299 km/h anyway. Outright horsepower is truly useful only at the track, while torque is useful everywhere.

While it’s amazing to see higher and higher horsepower these days, do keep an eye out for how much torque the engine produces and at what RPM. Torque should ideally be produced at lower RPMs. The engine is considered “peaky” if torque is available too high up in the rev range, meaning we need to rev the engine like crazy or wait until the revs pick up for acceleration. This isn’t ideal – in fact irritating – in the real world. The reverse is true at the track where high engine RPMs are used all the time.

Hope that clears it up. Show your friends this article when you get into an argument about torque versus horsepower.