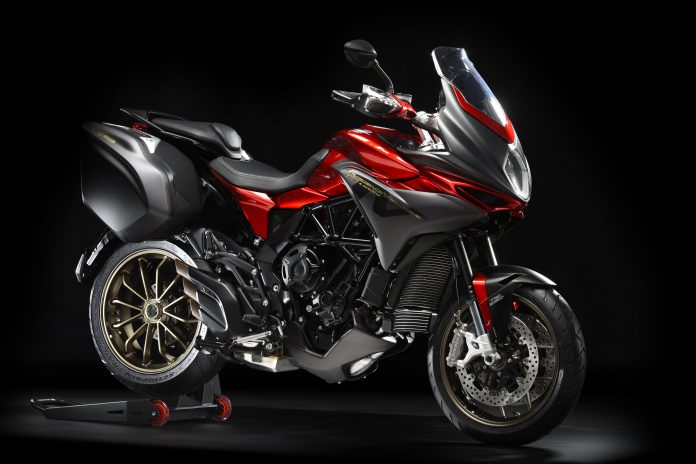 In Part 1 of Top Motorcycles for the Touring Season, we’ve covered dual-purpose bikes. (Please click here for the article.) If you could recall, dual-purpose bikes are called such since they could be ridden on both the road and off-road.

In Part 2 here, let’s take a look at sport-tourers, motorcycles that combine the speed and handling of sportbikes with the practicality of touring and dual-purpose motorcycles.

There aren’t specific lightweight sport-tourers in the sub-400 to 500cc segment. In this case, we could call any bike a sport-tourer unless they are dual-purpose bikes such as the Kawasaski Versys-X and BMW G 310 GS. Case in point is the Kapcai Touring Malaysia group who equip their Yamaha Y15ZRs with large GIVI top cases and go touring. Another great example is Anita Yusof who toured around the world on a Yamaha FZ150i. Let’s proceed to the middleweight section. 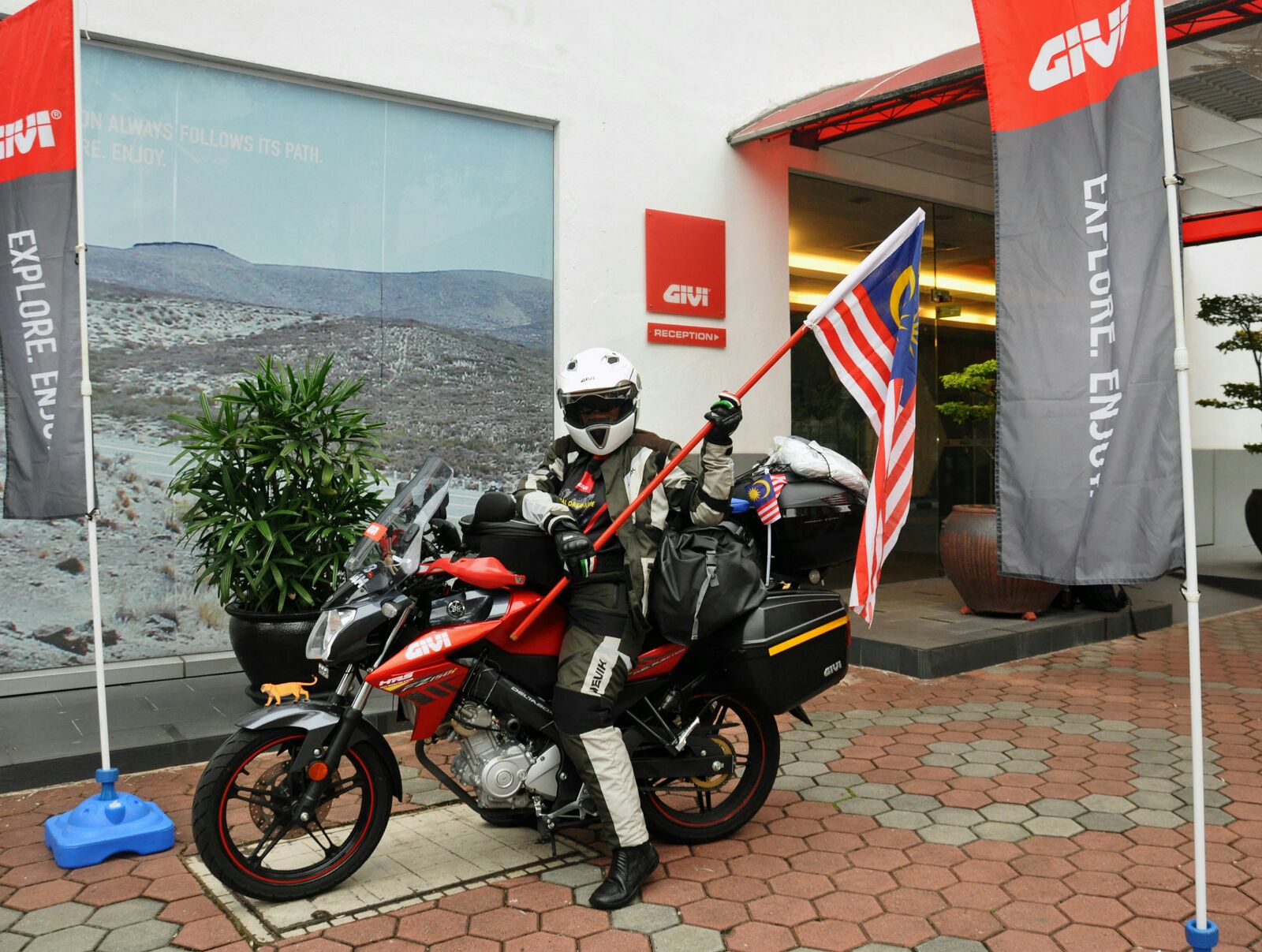 There are so many bikes that occupy this segment but we’ve picked a few.

The Multistrada 950 was born from Ducati’s decision to introduce a range of bikes that are more affordable and accessible to a wider range of riders. Consequently, the 950 is bereft of high technologies such as the semi-active suspension and single-sided swingarm of its 1200cc and 1260 brothers. But that only means that the 950 is lighter and a joy to ride without needing to think about setting the electronics. 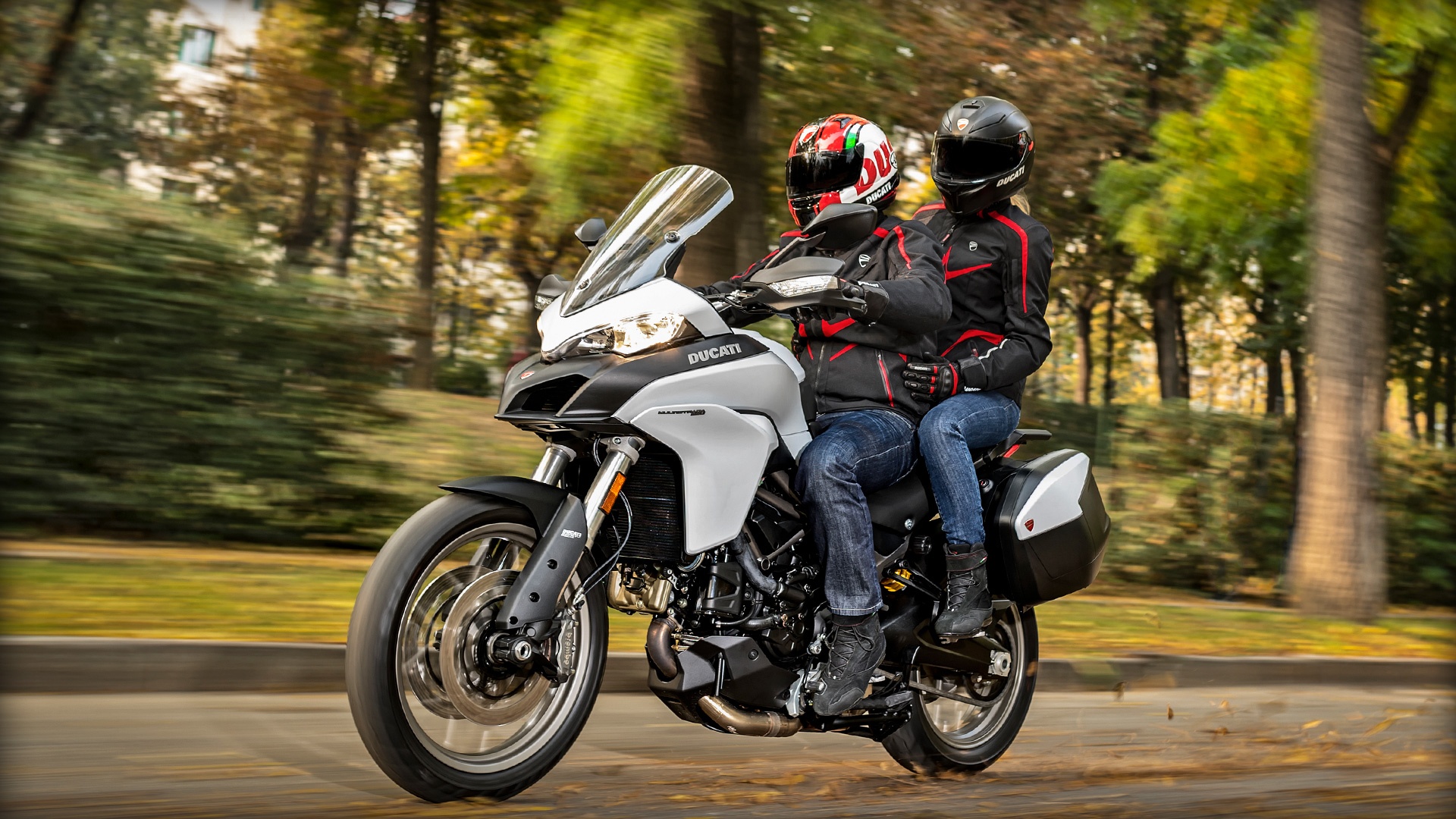 The Versys 650 has gone through many cosmetic changes with each generation, although the engine and hardware stayed the same. The current model’s design follows the distinctive look of all current Kawasaki motorcycles. The 648cc parallel-Twin is torquey and has enough grunt up top for a spirited run. The windscreen and bodywork protect the rider from windblast well enough while the long-travel suspension is comfortable for most applications. Speaking of the suspension, it features a remote preload adjuster and the seat height isn’t too tall for most riders. There are plenty of cargo solutions in the market for this bike. 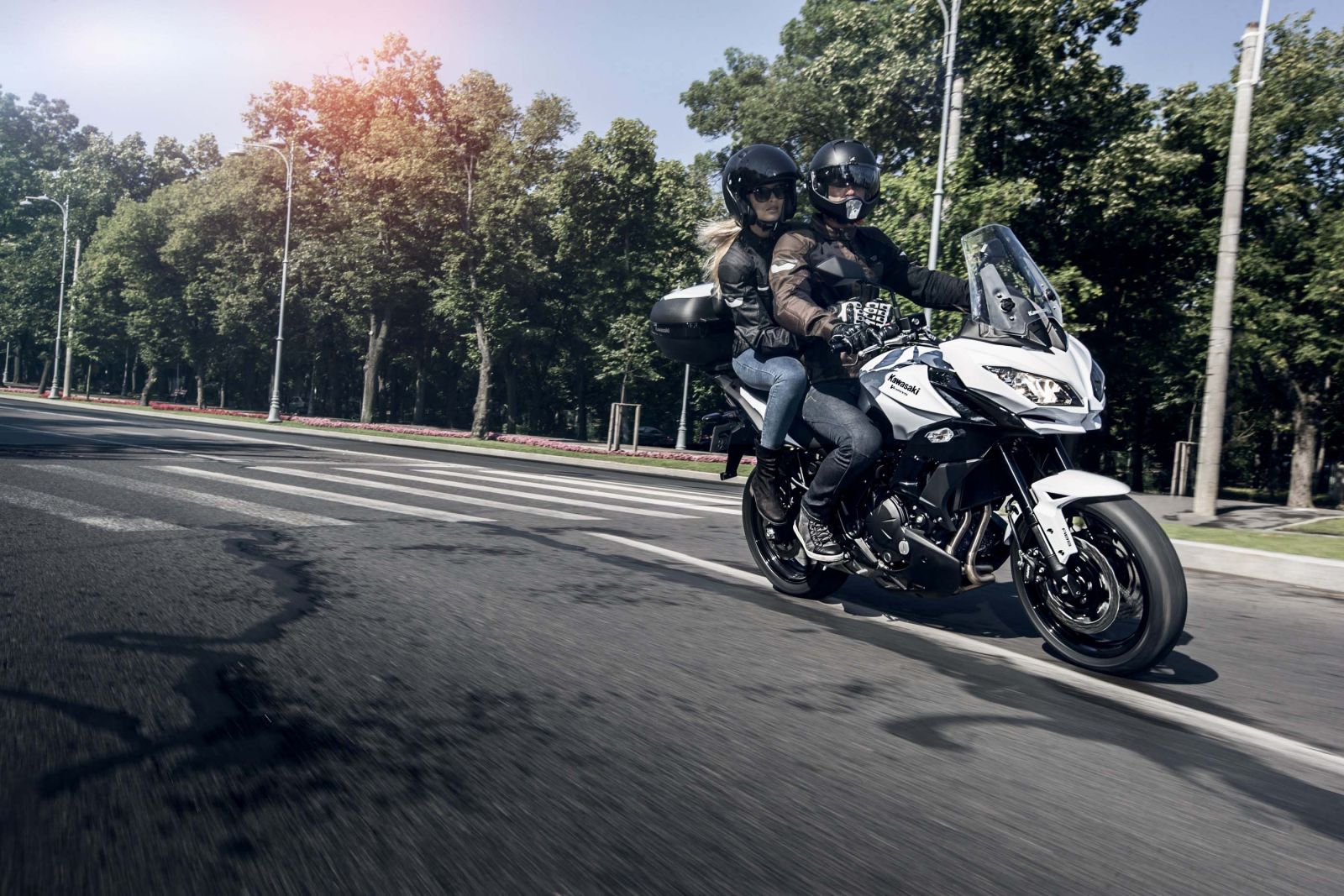 The Turismo Veloce 800 came about when AMG pumped in some capital into MV Agusta, and signaled a small but significant change of direction in terms of product development and features. Hence, the Turismo Veloce was the first MV Agusta to feature a fully LCD instrument panel which includes all the pertinent data. Scrolling, instead of rummaging, through the menus was also thankfully painless. The suspension was also made suppler and the Lusso model includes large-size panniers. MV Agusta had also managed to get rid of the snatchy throttle. The bike still looks beautiful after a couple of years. 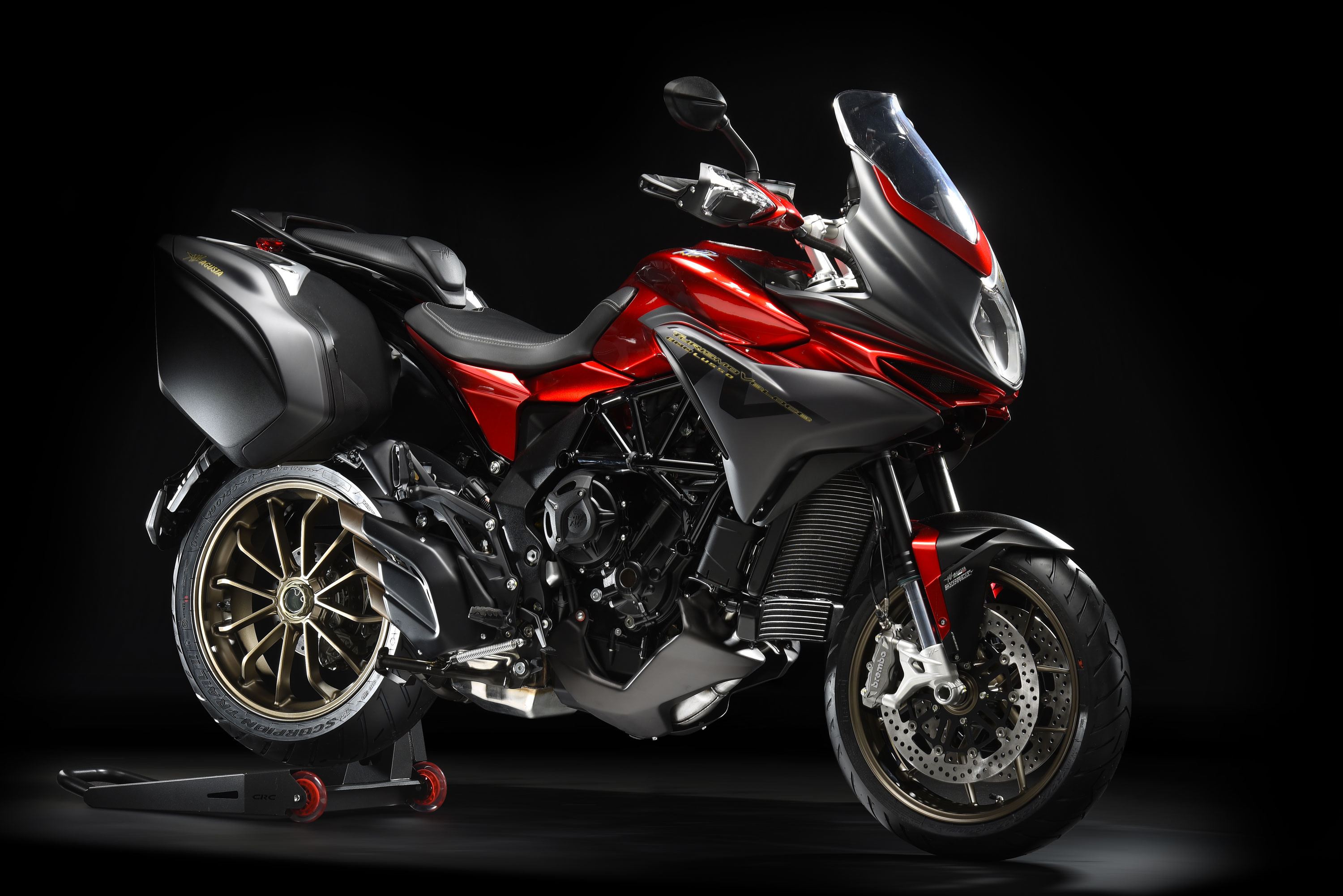 The V-Strom 650’s engine has been in circulation for more than 15 years and it’s more popular than its 1000cc brethren. It’s because the 650 has a smoother and more linear power. Compared to the Kawasaki Versys 650, the V-Strom 650 is larger hence wider and longer seats. The suspension is also rather plush. It goes by carrying out its duties quietly to stage of being blamed as “bland.” 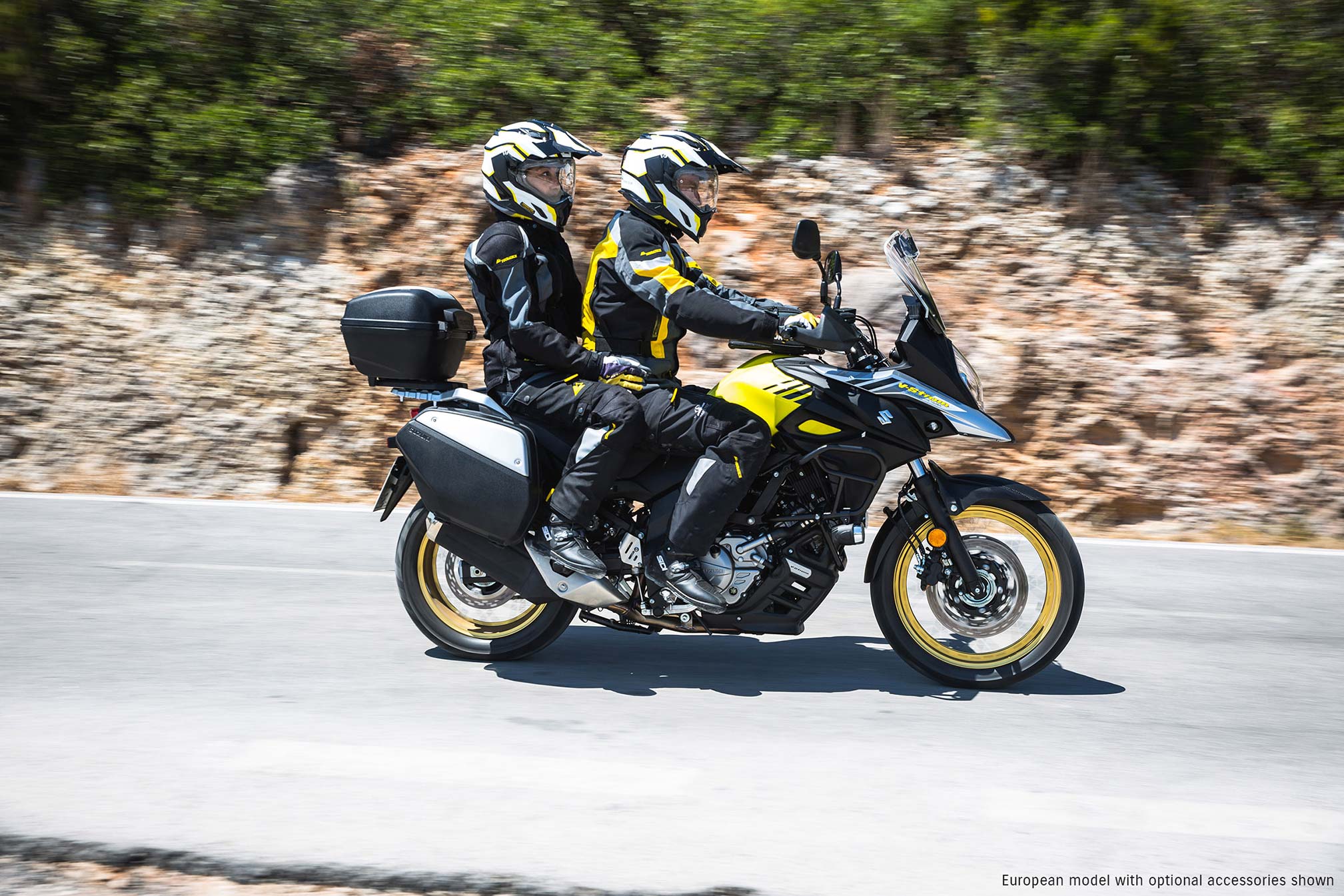 The Tracer is the sport-touring version of the MT-09 naked bike, hence it is light, fast and quick on its feet. The bodywork does an adequate job of keeping wind off the rider’s torso, while the large-sized LCD panel is lifted from the Super Tenere. The long-travel suspension is quite soft. 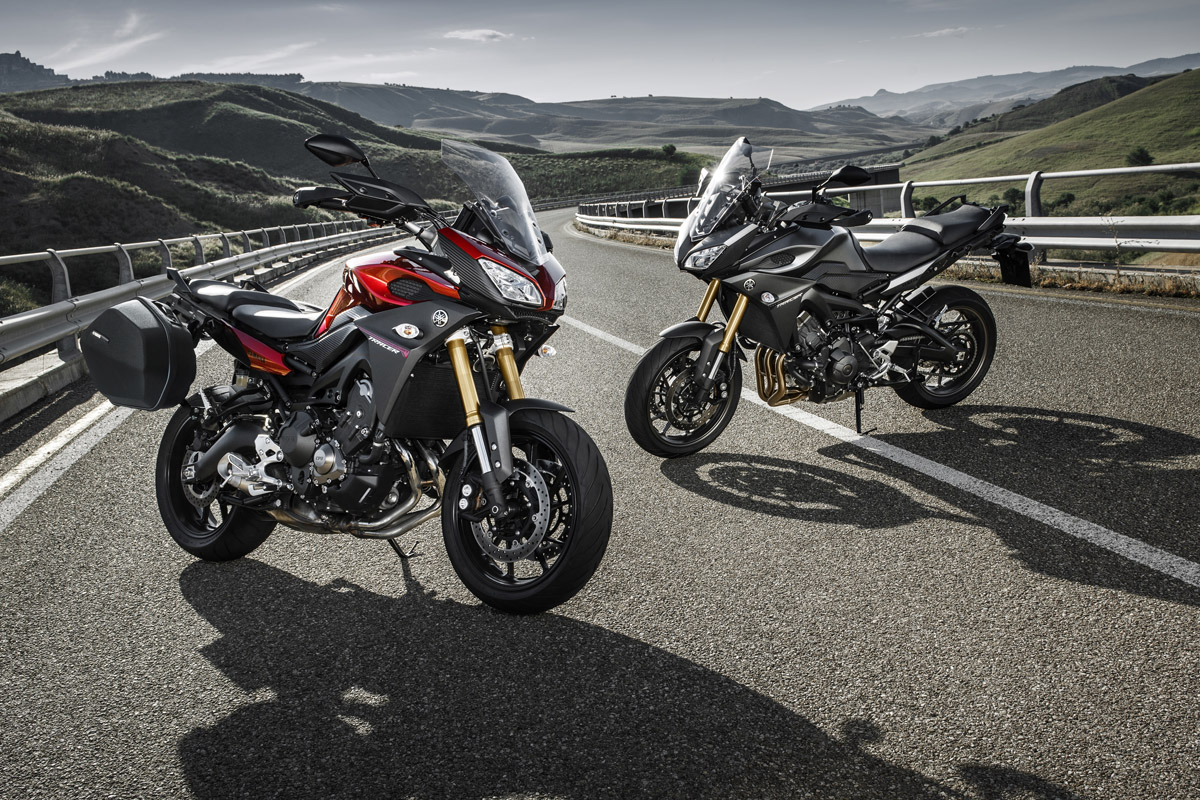 We’ve come to the top of the crop. These are the Concordes should we compare them to airliners.

With the engine derived from the S 1000 RR superbike, the S 1000 XR is BMW’s weapon to attack the big bore sport-touring segment. It’s got everything here including the ESA semi-active suspension, ride modes, traction control, and panniers. That inline-Four is an ultra-flexible power unit: It’ll pull hard from just below 60 km/h in sixth gear all the way to its top speed without batting an eyelid. 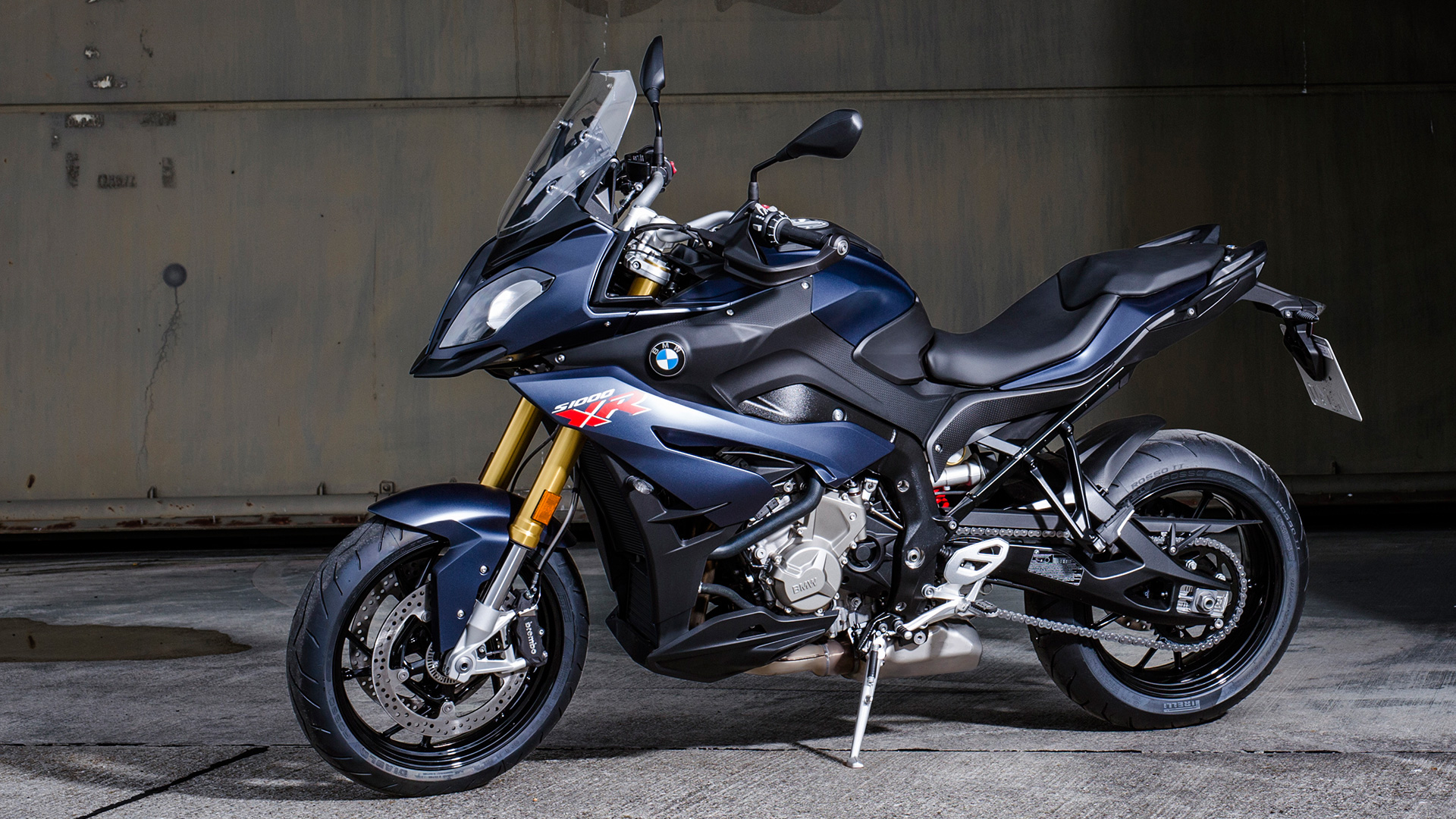 For a little bit more character compared to the uber machine S 1000 XR, the R 1200 RT fits the bill nicely. It shares that same wasser-Boxer of the R 1200 GS which means torque everywhere. The RT is also well-appointed in its instrumentation and creature comforts, as well as the suspension which is again similar to GS’s. Those large panniers are… er… large and you could fit almost anything in them. 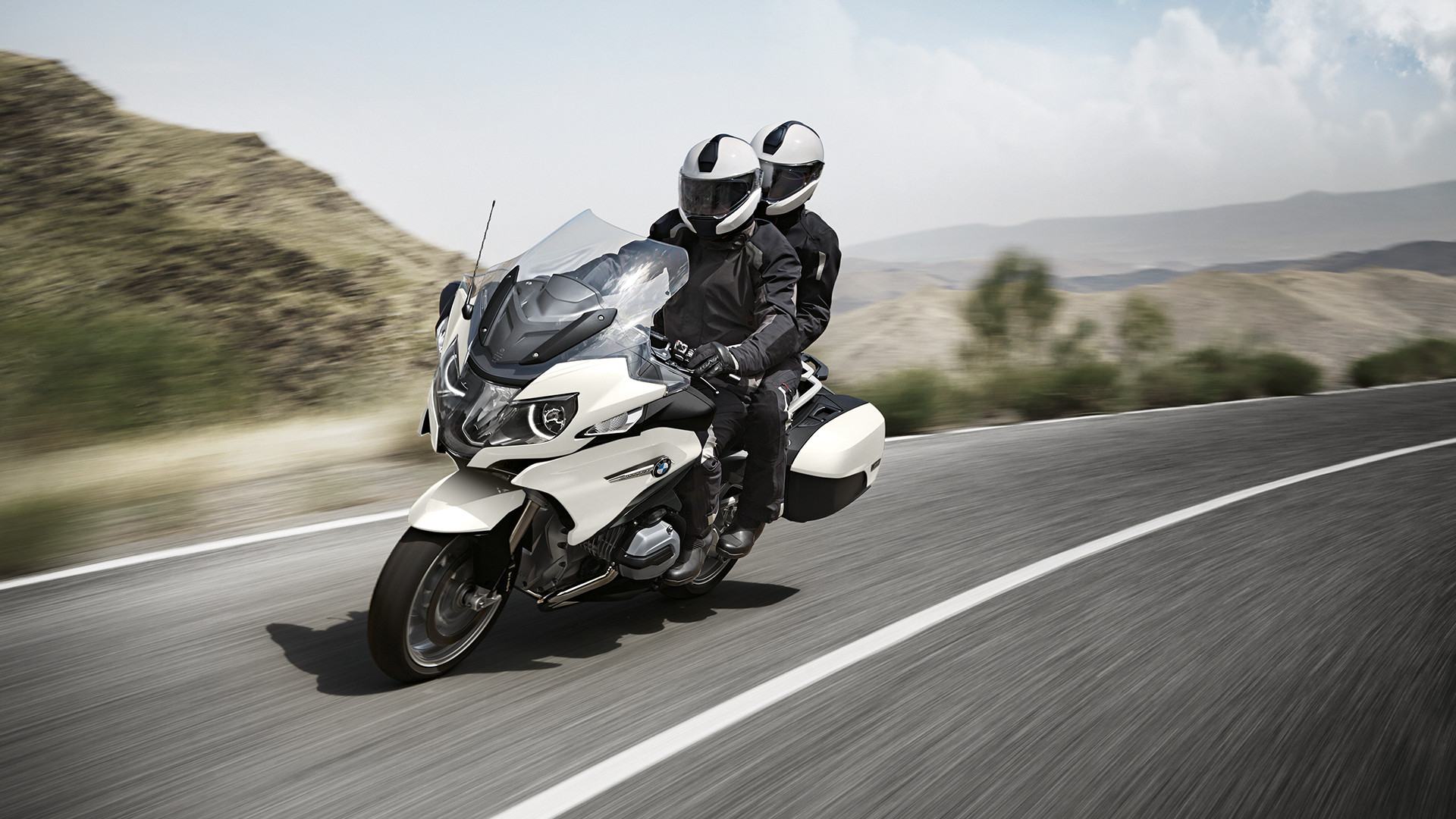 Ducati launched the Multistrada 1260 to compete with the other monsters in the segment. (As if the 1200 wasn’t fast enough.) Well, it wasn’t about speed, said Ducati; they fitted the 1262cc DVT engine from the XDiavel to address the flat spot at 5500 RPM of the 1200 DVT engine. Surely enough, there’s an 18% torque increase at that RPM. The swingarm has also been lengthened by a significant 48mm for more stability when carrying a passenger and cargo. The S model includes a bi-directional quickshifter, Ducati Link App and electronic suspension as well as colour-coded luggage. 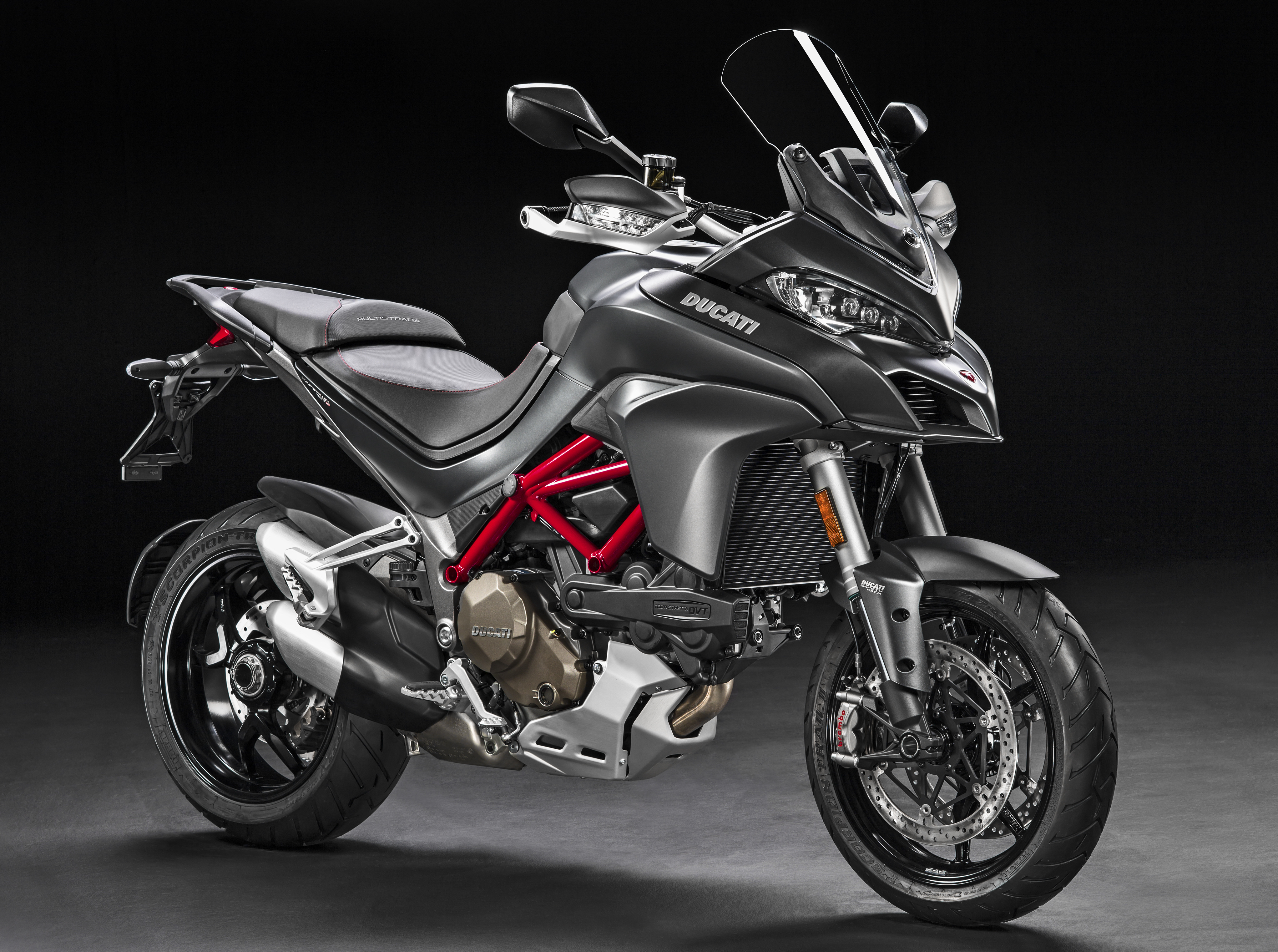 The GTR found massive popularity in Malaysia and the world over. It’s fast – having an engine derived from the Ninja ZX-14 has that effect – yet comfortable. The seating position is neutral behind that large nose and tall screen. There is plenty of storage space, too. 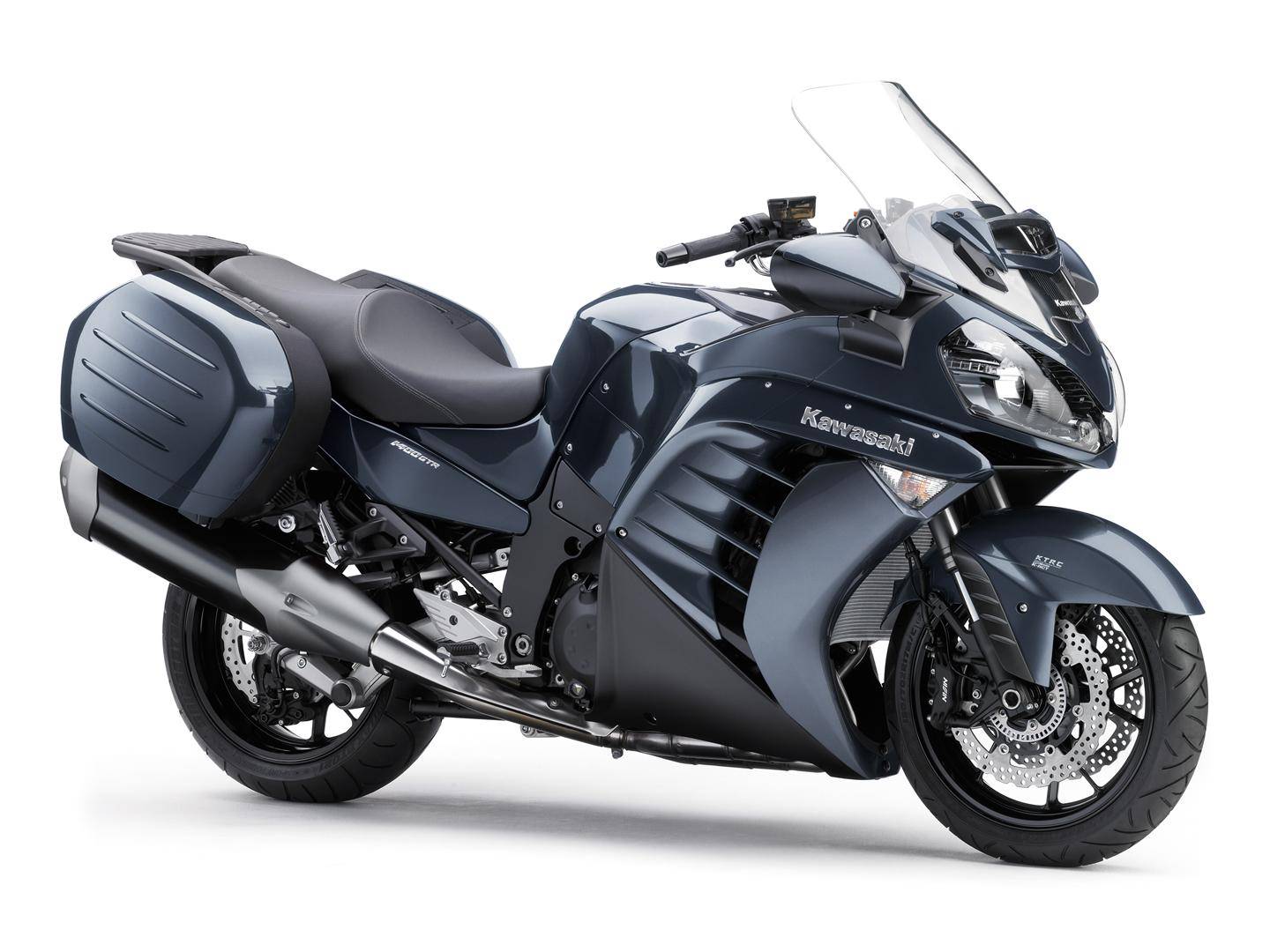 Dubbed “The Missile” during its launch, this bike is the epitome of leaning towards sport in the sport-touring equation. Its super-powered by the engine of the 1290 Super Duke R, punching out 173 bhp and 144 Nm of torque. But what makes the 1290 Super Duke GT such a great bike is how the bike “assists” you in becoming a better rider through the power mode, traction control and semi-active suspension strategies. But it isn’t all about speed on the GT as it’s equally docile when ridden at sane speeds in urban settings. This is one bike for riders who wish to get there quickly and have more time to enjoy himself. 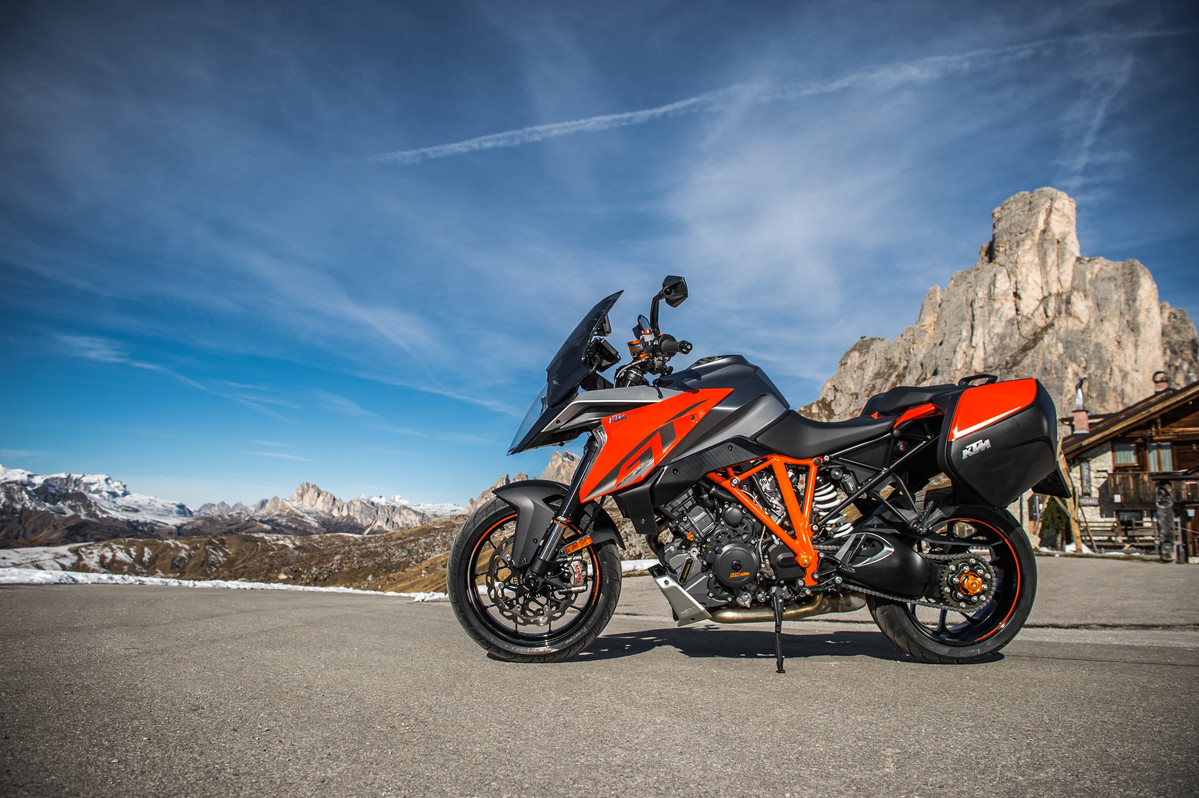