750cc bikes became the hotbed for sportbikes in the late 80s and 90s as the Superbike World Championship heated up to its glory days. Manufacturers were throwing in everything they had this way as they saw that the premier production racing class was the way to promote their street bikes.

The first Suzuki GSX-R750 (F-model) may not break new technical grounds, but it’s the first big capacity racing replica motorcycle on the road. (The first was the Suzuki RG250 in 1983). Up till then, the performance bike scene was still pretty much dominated by UJMs (Universal Japanese Motorcycles). The Gixxer brought along the aluminium box-section frame (also debuted with the RG250) and other weight saving bits, plus an oil cooled engine also to save weight. Suzuki also gave it flatslide carburettors. 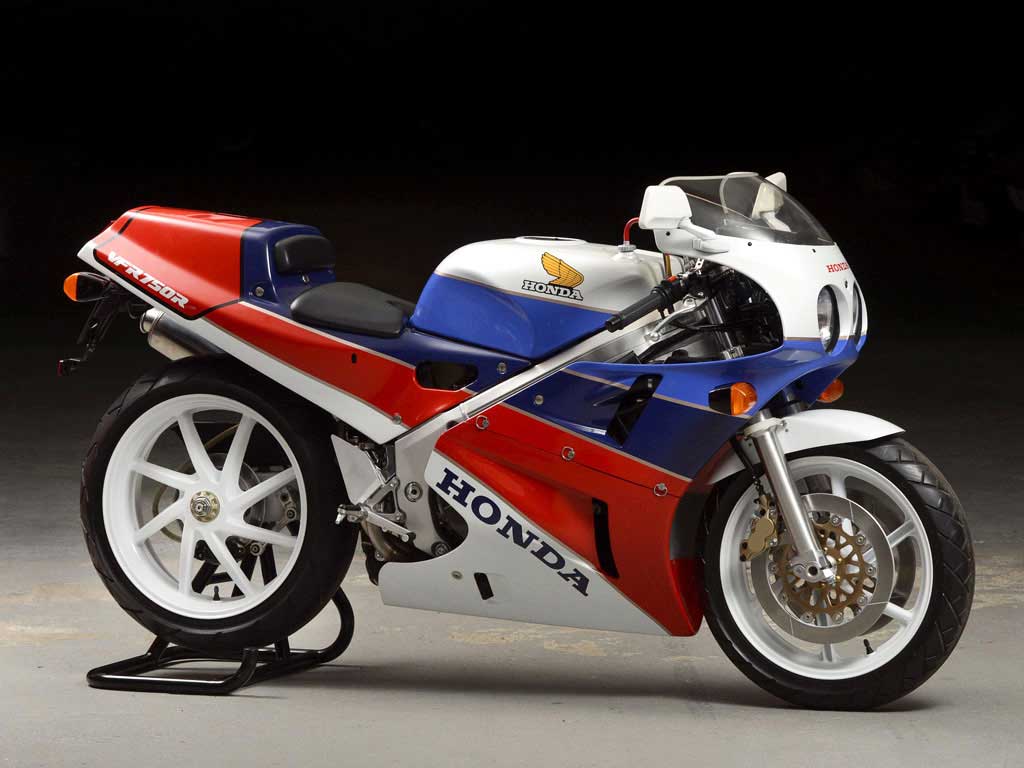 The RC30 showed Honda’s determination in not only GP but also in other forms of racing. As such, the bike was built by HRC (Honda Racing Corporation): The same guys who build the GP bikes. The bike was pretty complex, indeed, with a V-Four engine, quad-cams, titanium conrods, beefy aluminium frame, etc. It went on to win the 1988 and 1989 Superbike World Championships besides other production racing series such as the World Endurance Championship (including the prestigious Suzuka 8-Hour), Isle of Man TT and Macau GP. Only 3,000 units were made.

Kawasaki also decided to enter superbike racing, after pulling out of the 500cc GP for many years. The Superbike series became hotly contested between four manufacturers i.e. Honda, Ducati, Yamaha and Kawasaki. The ZX-7 finally captured the manufacturer’s first crown in 1993.

Just to show how stiff the competition and progress in Superbikes were, the RC30 was outclassed by the third year of its launch. A small Italian manufacturer called Ducati had kicked everyone’s butt by racing relatively simple bikes namely the 851, 888 and later 916. Honda responded the way Honda typically responds by upping their bike’s technology. Thus, when the new RVF750 RC45 was revealed in 1994, it had all the bell and whistles of modern bikes (except for traction control) including PGM-FI, close firing order V-Four, lightweight forged pistons, titanium conrods, ceramic and graphite impregnated cylinder liners, close ration gearbox, yada, yada, yada. It came close to beating Ducati to the title several times and finally doing it in 1997 in combination with John Kocinski’s talent. The RC45’s engine produced over 190 hp – higher than even Honda’s mighty NSR500 GP racer – in its final form. Only 200 RC45s were ever built.

The original Gixxer may have shown the way in terms of “light-is-right” but subsequent versions started putting on so much weight that negated their performance. One prime example was the WP model. This new Gixxer was lighter than even the company’s own GSX-R600 and some 20 kg below the nearest competitor. To boost engine power, Suzuki gave the bike an intake system called Suzuki Ram Air Direct or SRAD in short. And along with its distinctive “hornet” tail, the bike became an icon.

But is it in Number 1? It’s because like what we said in the beginning of this article: Suzuki is the only manufacturer who is currently building 750cc sportbikes. The DNA of the original GSX-R750 still lives in the current 2020 GSX-R750(L9) and it’s a very rider-friendly bike.