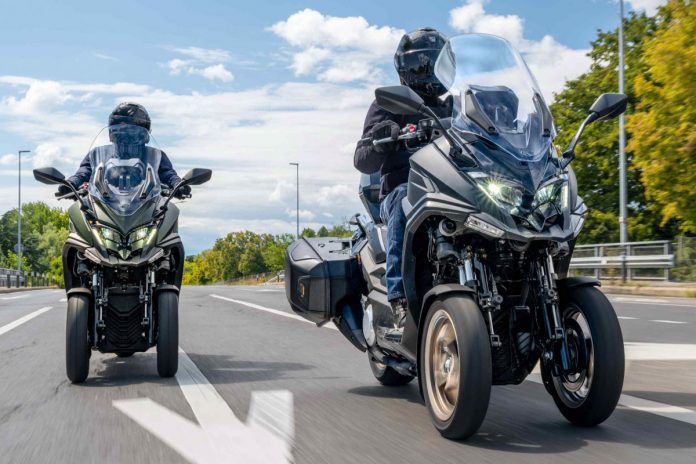 Kymco has successfully established itself as one of the world’s best scooter manufacturer. 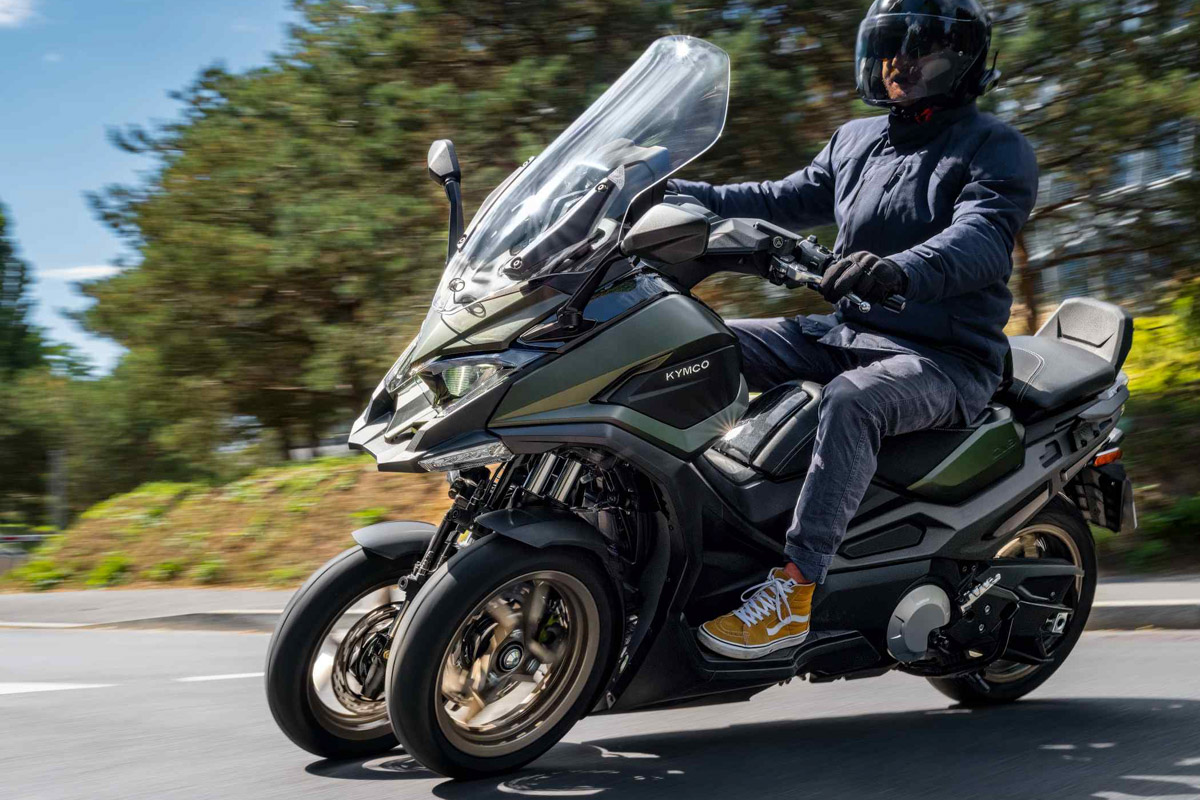 The Taiwanese motorcycle manufacturer recently took to EICMA show to showcased its 2023 lineup including the radically designed CV3, a three-wheeled maxi-scooter.

For starters, a three-wheeled tilting scooter is not a new thing as there are others that also offers similar design and practicality. 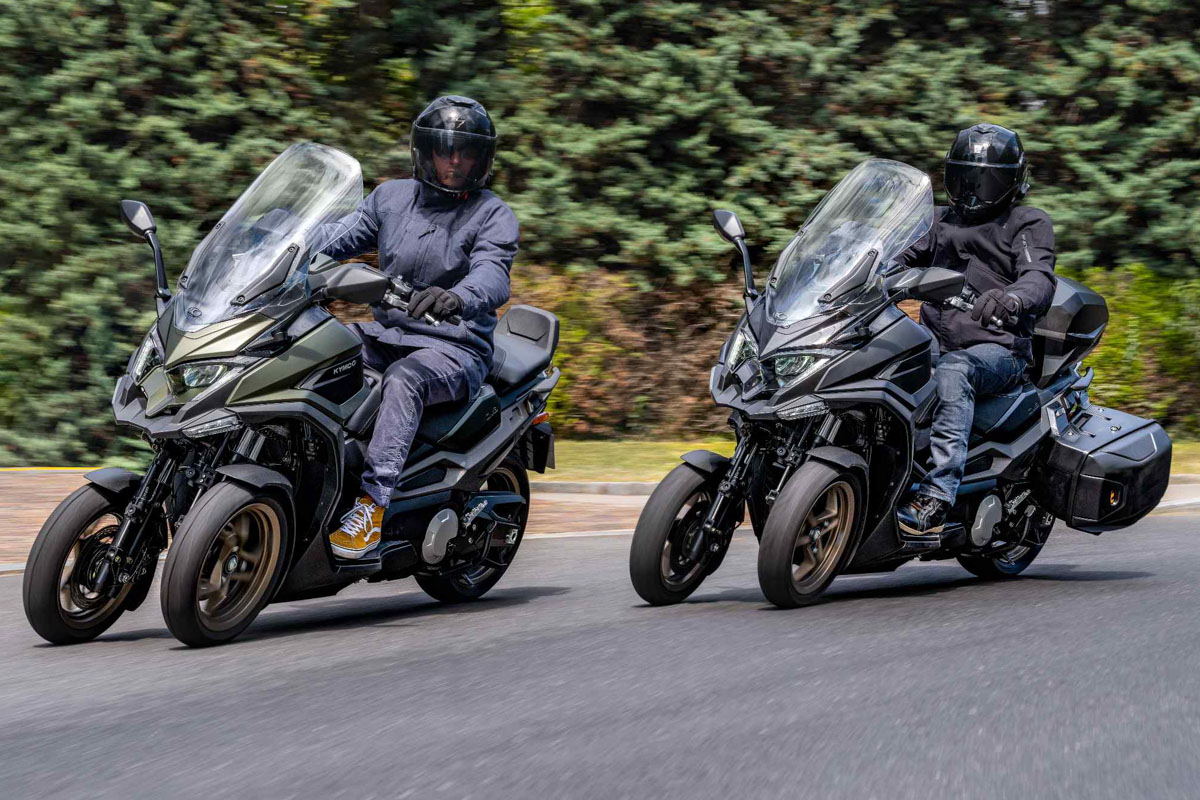 However, the Kymco CV3 goes beyond anything we’ve ever seen before, primarily due to its sharp styling and aggressive bodywork.

For instance, the CV3 sports a split LED headlight upfront and a large windscreen which significantly improves the bike’s capability to go for a long-distance touring. 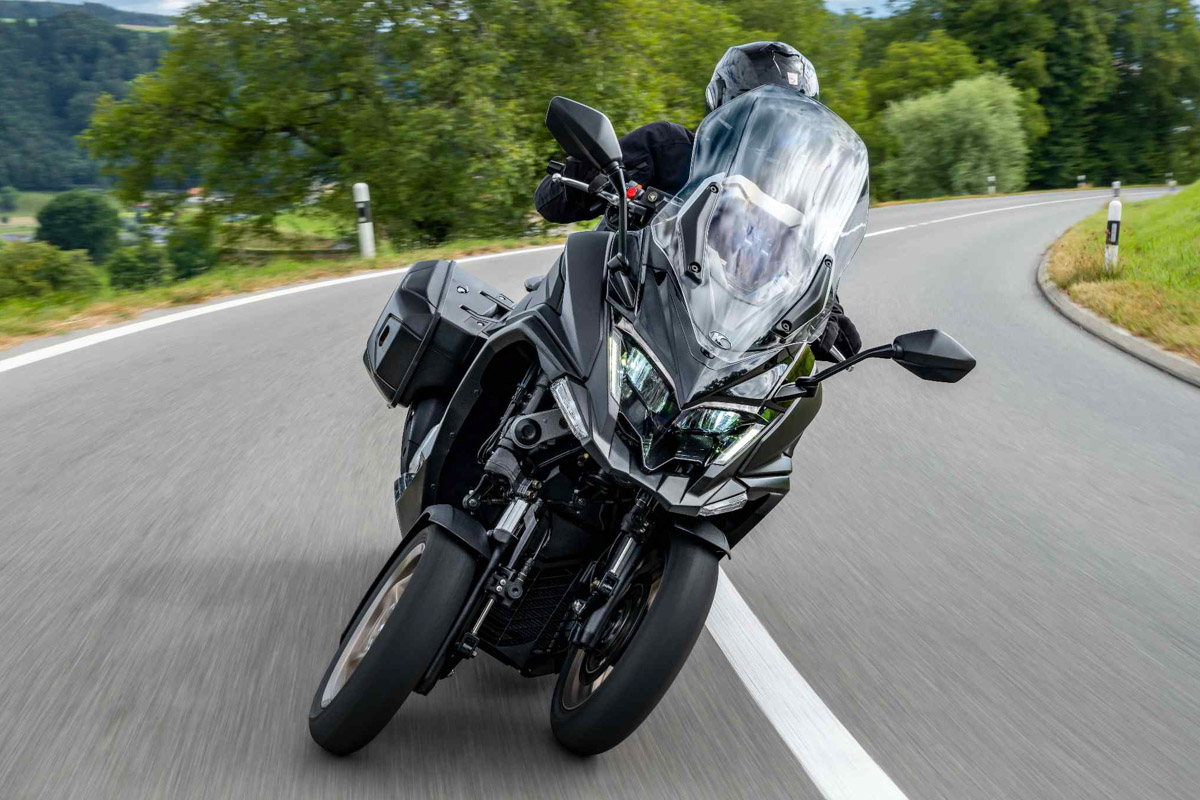 At the back, there is a big and comfortable space for the pillion including a back rest.

Of course, the main highlight of the CV3 is the sophisticated front end that looks similar to Yamaha’s Niken that combines quad front forks – two on each side – and two 13-inch wheels. Meanwhile, the rear wheels is fitted wiht a 15-inch wheels. 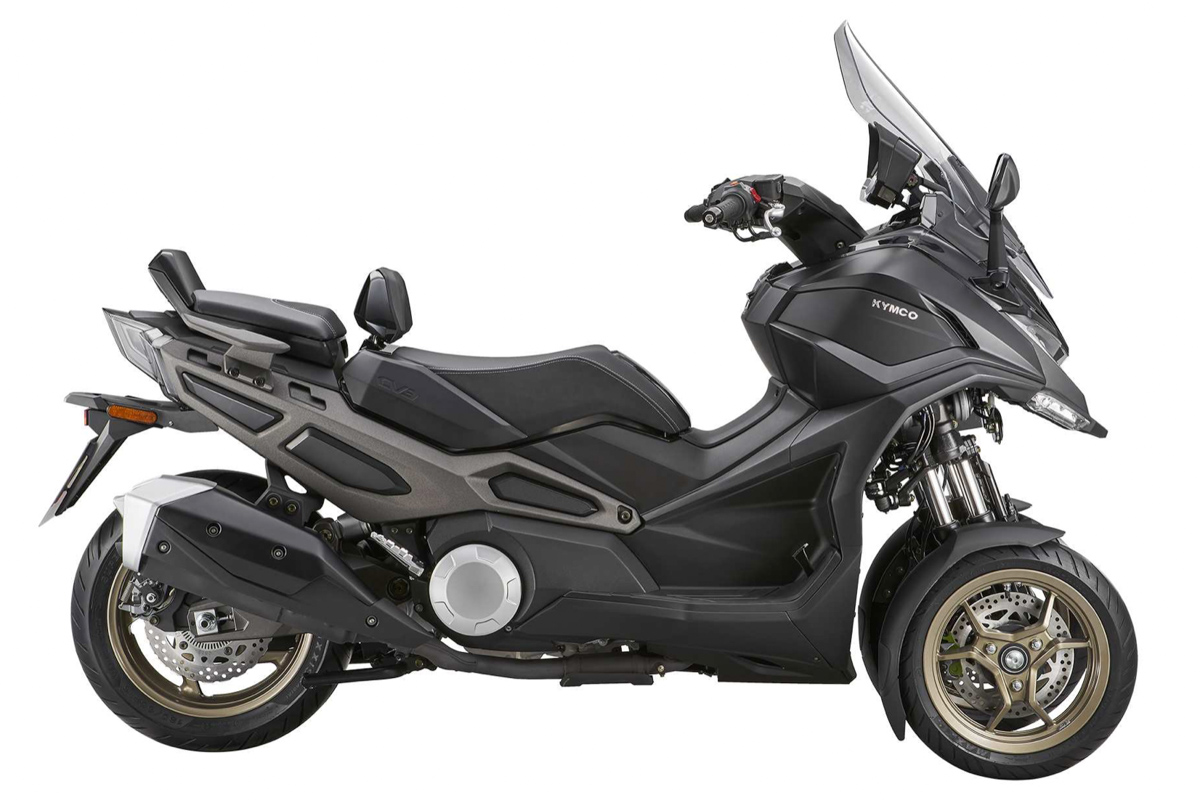 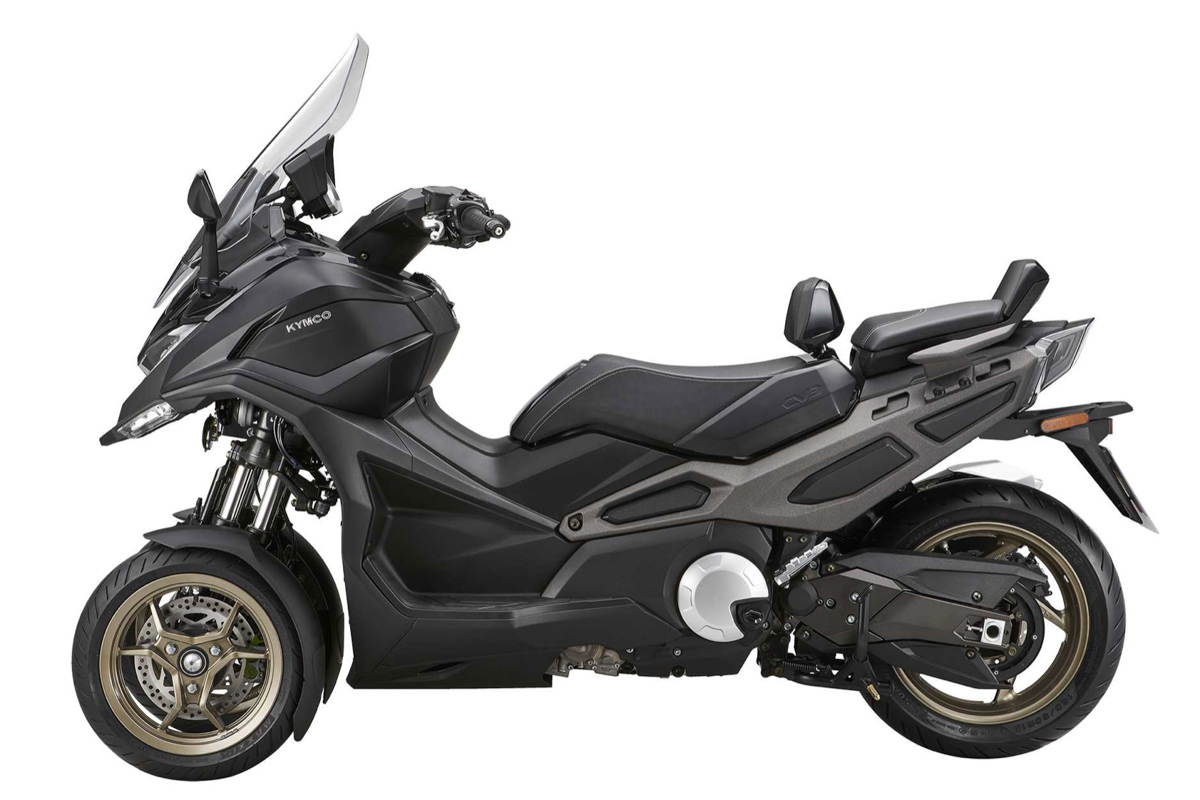