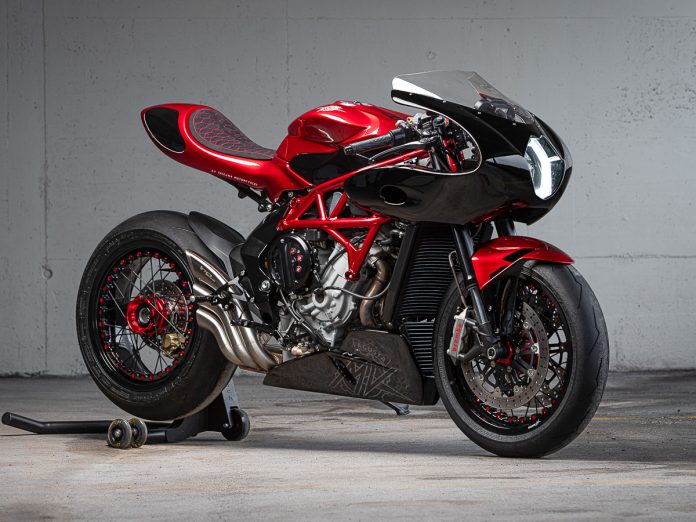 More and more custom bikes are popping up from all around the world but very few have the guts and budget to work on something that’s already considered by many as ‘premium’ or ‘exotic’. In the case of Tricana Motorcycles (Switzerland), they are one of the few and the result is this; the MV Agusta La Rouge. 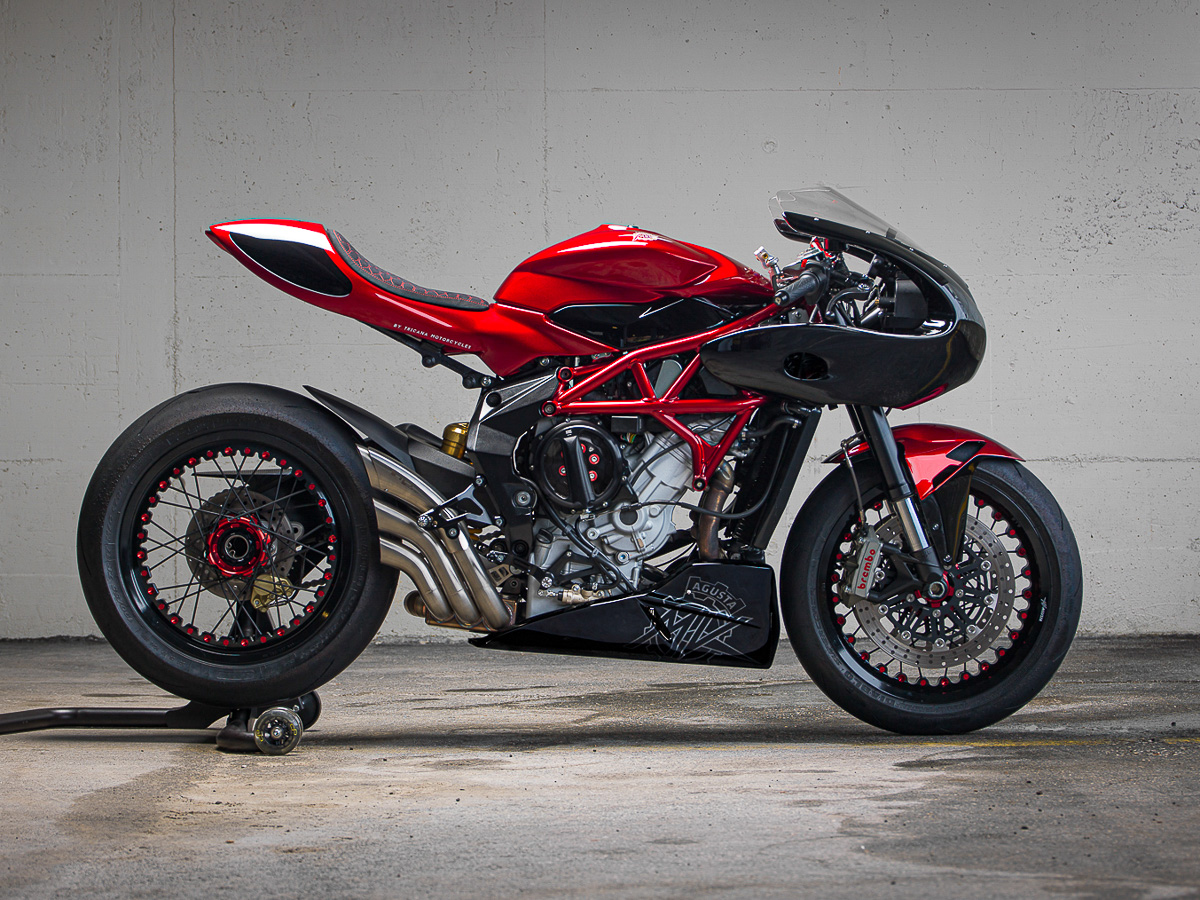 When it comes to MV Agusta bikes, it’s really a difficult task to push beyond the limits of creativity as the factory-ready machines are already extremely gorgeous. Tricana Motorcycles (who also happens to be an MV Agusta dealer) built this special edition based on the MV Agusta F3 675 supersports machine. 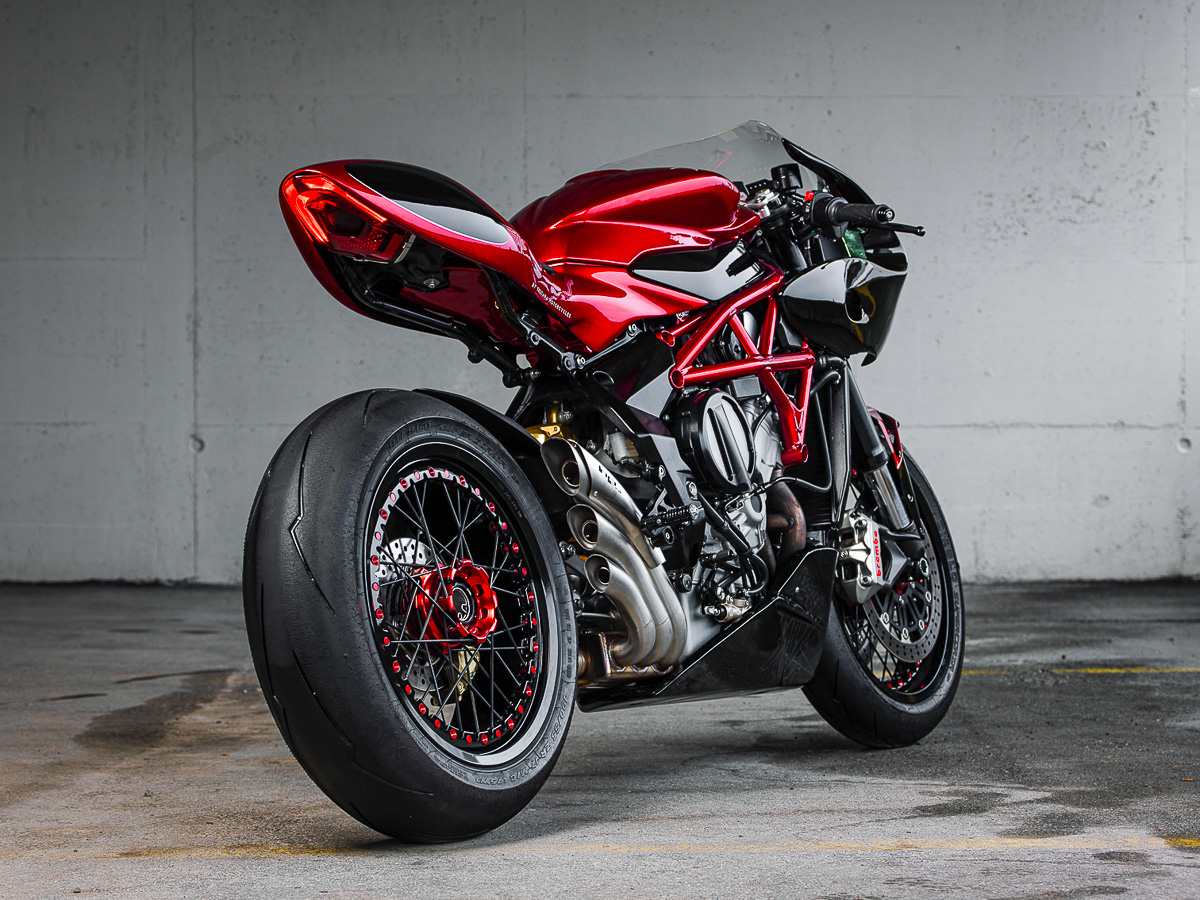 Inspired by the MV Agusta Superveloce, the La Rouge carries similar neo-classic designs with modern yet edgy persona. Every single part of the La Rouge has gone through some sort of detailing, including the hand-stitched custom seat (who does that anymore. Legends, that’s who). Looking at the front fairing and rear tail alone would take us a few hours to explain in glorious details, but the story can tell itself through these photos. 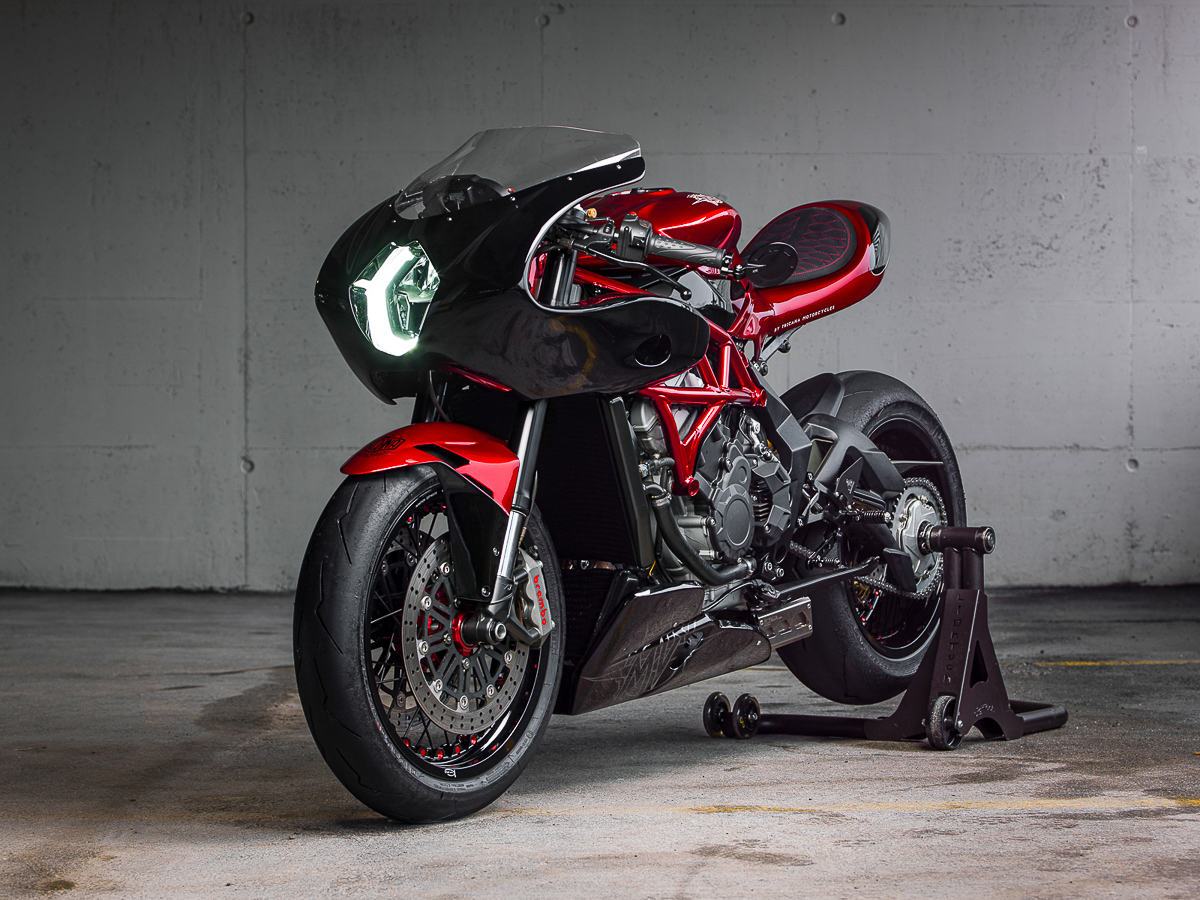 Perhaps our favourite part has to be the La Rouge’s custom exhaust. The same stacked triple pipes concept of the original unit from the MV Agusta F3 675 inspired the new custom pipes to offer a more dynamic yet sophisticated look without making the bike look out of place of sticking out like a sore thumb (a lot of custom bikes actually fail just because of this, IMO). 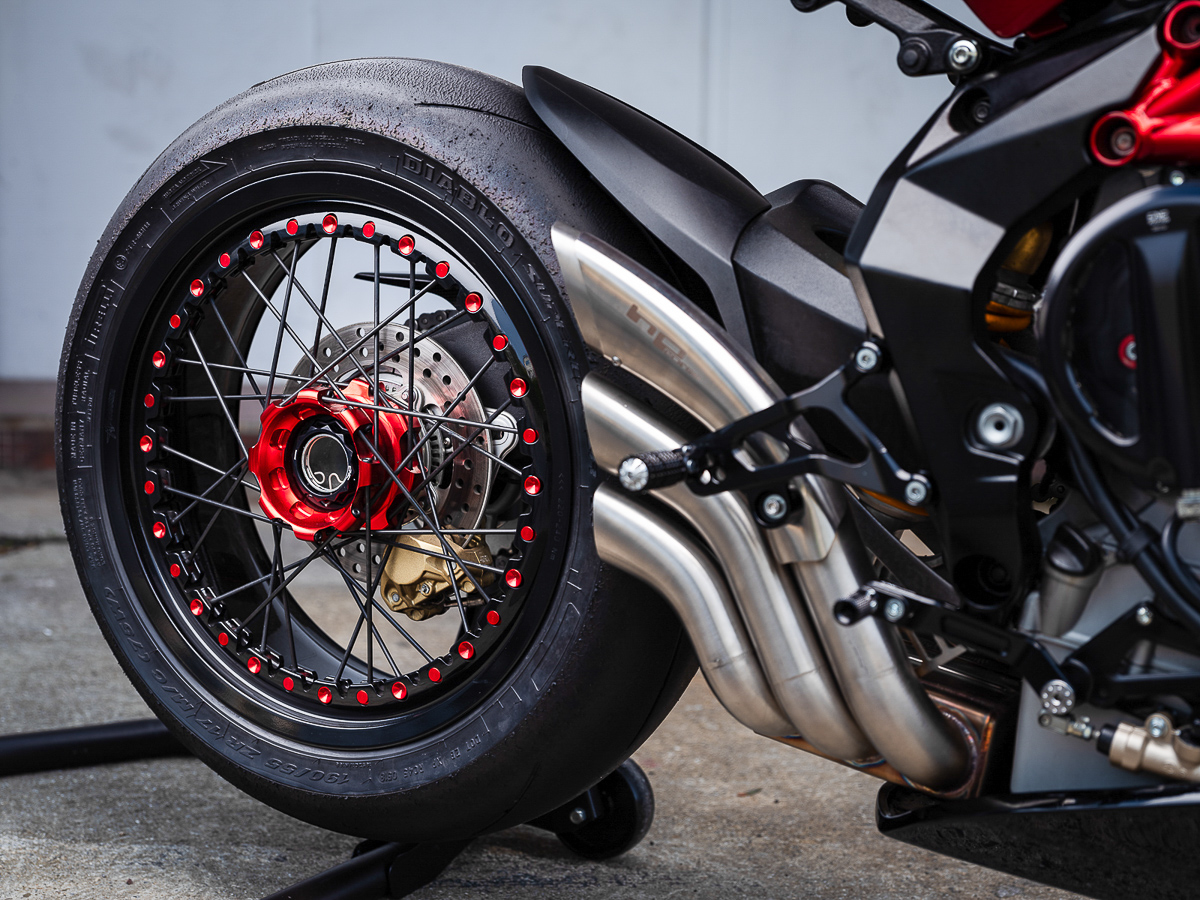