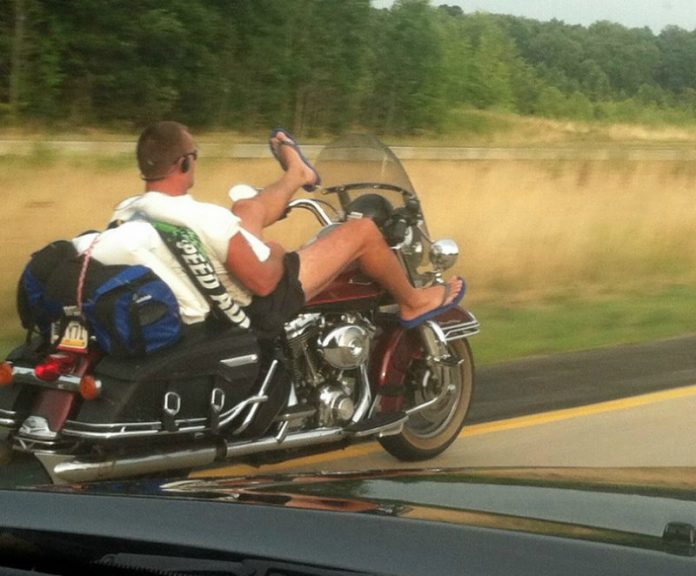 We’ve covered 10 of these previously, but there are still many to address. Motorcycling isn’t like driving a car which the latter is more forgiving. One mistake as motorcyclists could send us off the road or into an oncoming truck. We’re not trying to scare you, but that’s the reality of it.

It’s reflected in any country’s appalling motorcycle accident and death statistics. While we agree that a large number of accidents involve conditions outside the rider’s control or due to other road users, the number can be brought down by riding smarter regardless of type of motorcycle you ride. 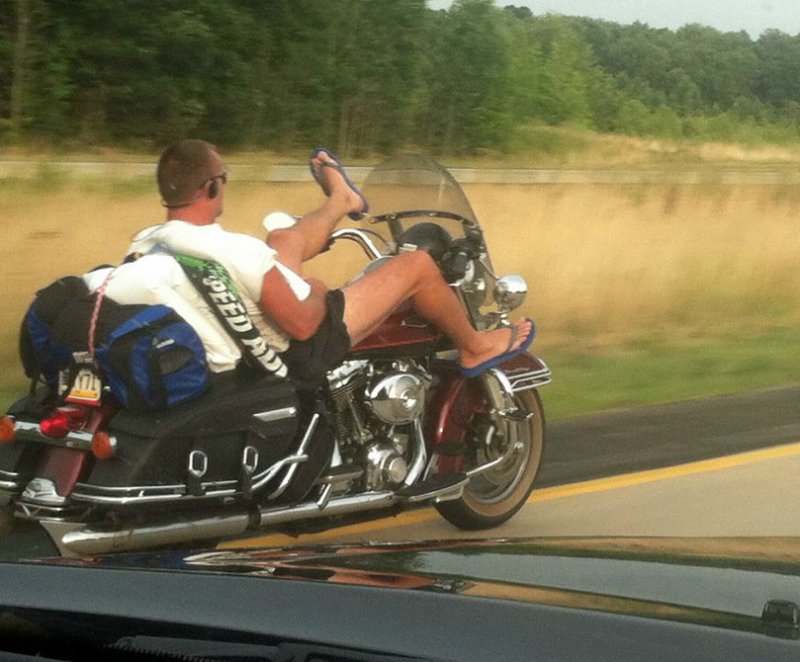 We’ve covered this before and we need to cover it again because we’ve seen how some motorcyclists still ride in between lanes on the highway, oblivious to all the cars, busses and trucks around him. The look on his face gravitates somewhere between a smirk and a stupor. Worse, he’d change lanes suddenly into the path of the vehicle behind. If we don’t like car drivers swerving into our paths, do you think they like it too?

We’ve seen some motorcyclists riding as fast as they could on the highway, their bikes’ topped out with no more to go. Yet, they stay there in the overtaking lane thinking they’re going 400 km/h. Worse, they swerve in and out of traffic. That’s until an 18-wheeler truck flies up from the back. We won’t say it’s wrong to speed because that’s just unrealistic and being better-than-thou (too much of this in our country now), however, we should not allude ourselves with illusions of victory when on the road.

3. Never think other road users can see you

I ride and drive. So, being a biker, I understand that bikes are difficult to spot thus I’d always glance backward quickly across my shoulder before changing lanes. Even then, it’s not easy to catch sight of a bike, especially when it pulls out from behind another car. Unless everyone drives a cabriolet with the top down, the blindspots never go away. As such, never ever assume that drivers can see you. The majority of them WANT to see you but they just can’t, while a small number are just plain idiots who lack empathy for any other road user.

Again, we’re lucky that filtering and lane-splitting are allowed in Malaysia. If there are already plenty of cars rear-ending other cars, what chance do we have as motorcyclists if we stay in line behind or next to another vehicle? There are even car drivers who are oblivious to our presence when we are right beside their cars’ front doors, for crying out loud! Therefore, keep moving but please do so at sane speeds by never exceeding the 30 km/h faster rule. Some self-serving cretin is trying to have lane-splitting stopped, so let’s do it right.

5. Never start with the fastest, biggest

We understand that it’s your money and you can do whatever you want with it. But we don’t recommend starting out with a Kawasaki Ninja H2 as you’re first bike. It’s best to start with something smaller, preferably a 250cc (or even a moped) and work your way up.

Sure, bikes got easier and easier to ride through my 31 years of experience but that’s relative. While bikes used to struggle to hit 400 metres less than 12 seconds, the current crop of litre-class sportbike can do it in 10, consistently. Even a tall, heavy adventure bike like the BMW R 1250 GS hits 100 km/h in 2.9 seconds, and 400 m (¼-mile) in 11 seconds. More tellingly, the GS can accelerate from 60 km/h to 100 km/h in 1.1 seconds (in overtaking cases).

That’s just the performance aspect and you need to consider other areas such as braking, seat height, braking, body positioning, etc.

Starting out on something smaller will give you an easier and safer learning curve. 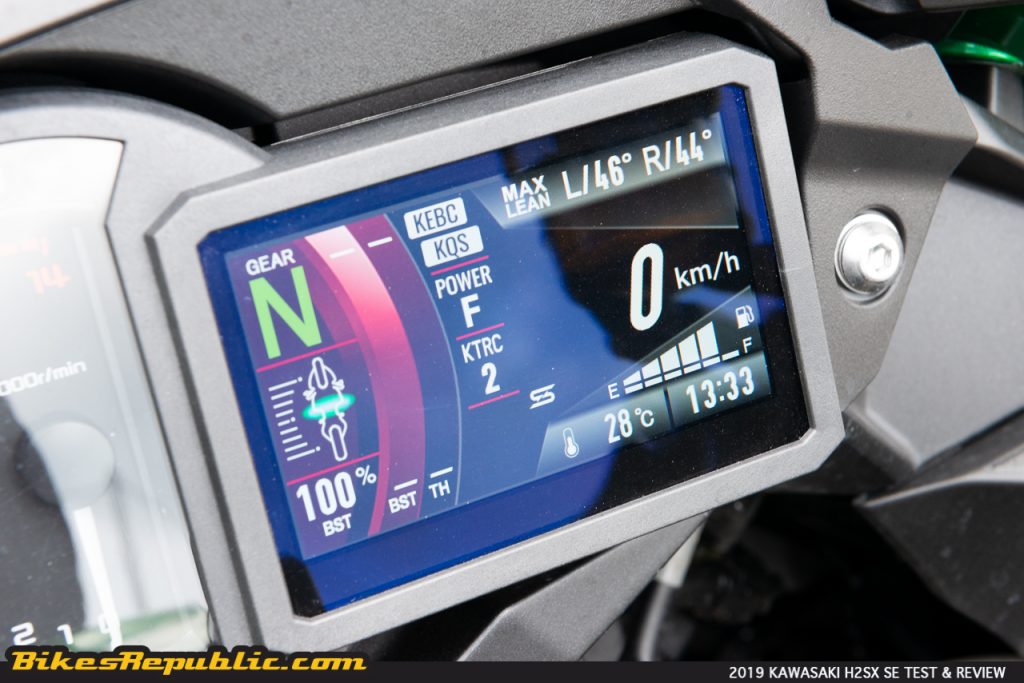 Modern bikes are easier to ride due to the electronics (in varying degrees) amongst other things. However, we should never trust the electron pushers explicitly, as evidenced by the large number of crashes despite the exponential advances in this area. This is not to say that they’re gimmicks, but you need to know how they work in order for them to assist you (the word here is “assist”). We’ll touch on this in detail in a later article. In the meantime, think about learning to ride correctly. 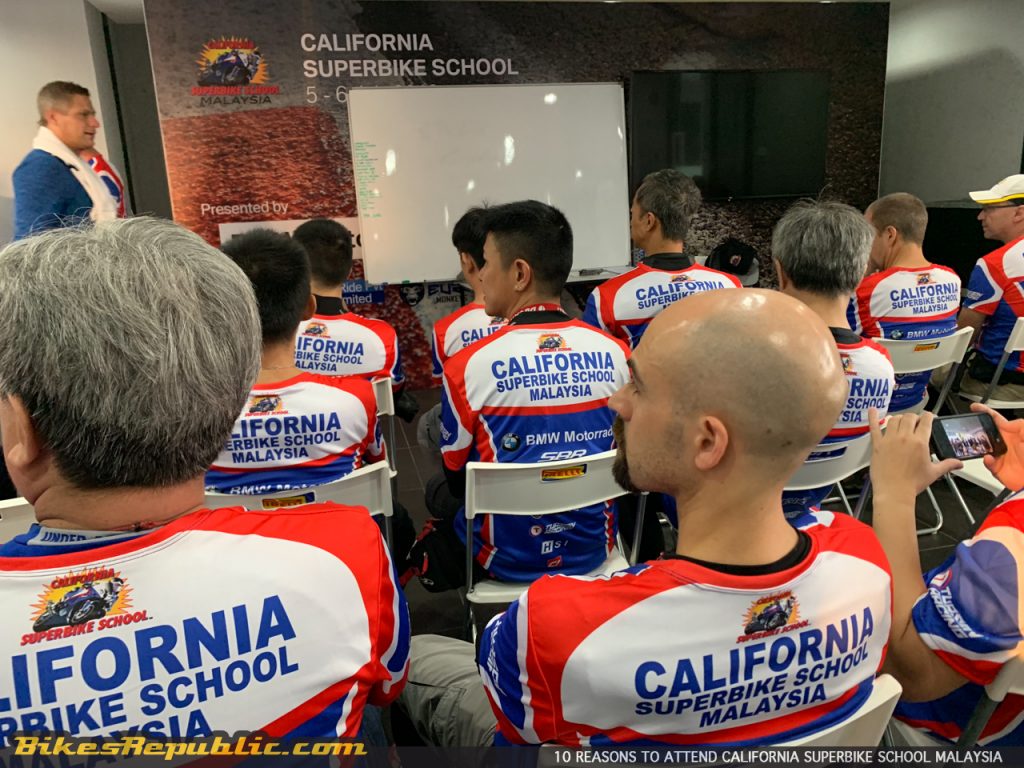 This is one of the biggest enemies to everyone, more so to us bikers. We understand it’s not easy these days since there are so many other forms of instant gratification i.e. social media but do make a conscious attempt to uncover some great things about this lifestyle. Also, take up an advanced riding course (or all of them) – it’s the best investment you could ever make. 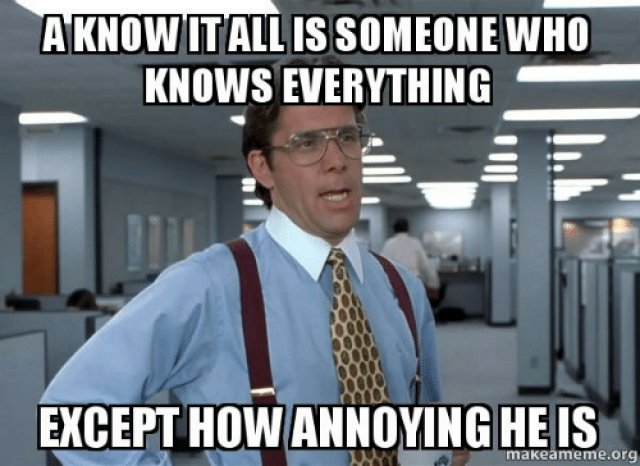 Mr. Know-it-All is the guys who pushes his “ideals” on anyone, regardless if his views are correct or similar to the proposal of stopping toll collection in Malaysia. However, his “expert” views are usually gleaned from some shiny brochure then twisted to make it sound like he’s a guru with words like: “I like the bike because of its self-centering steering.” (That’s funny because 1) Self-centering is for car steering; 2) Self-centering on bike is bad news because it means the bike doesn’t want to finish a corner; 3) As a consequence, you can’t open the throttle earlier to balance the bike in mid-corner.) Or another example, someone who keeps pushing his views on you despite you already saying that it’s an “estimate.”

That’s why they don’t have friends. Don’t let this happen to you.

9. Never modify your bike without considering the consequences 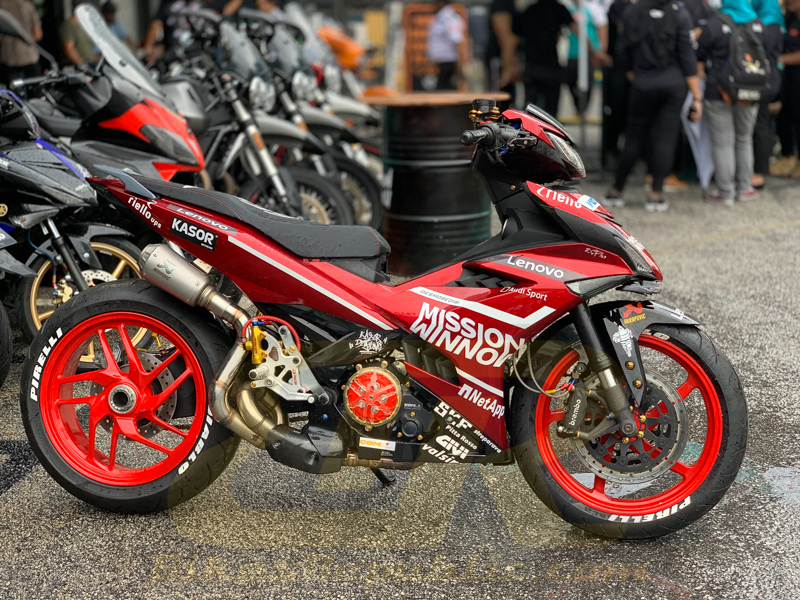 We’re not talking about a slip-on exhaust or luggage here, but more in terms of performance mods to the engine, brakes, suspension. Each modification has an impact on something else which then requires modifications themselves. Buggering it up will cost you more money and time, even heartache. This is partly where “never stop learning” comes into play. Additionally, there’s also the legal aspects to consider. 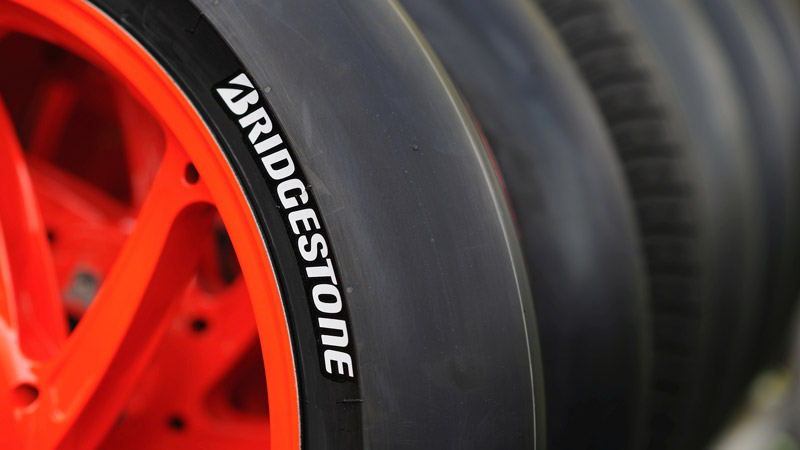 News flash: Racing parts aren’t absolute must-haves unless we race. Again, apply “never stop learning” and you’ll discover that slicks are never to be used on public roads; racing brake fluid is more hydrophilic (attracts water) than “regular” DOT 4 fluid; racing engine oils in the regions of 0W-30 are just too thin for everyday use; etc. Granted, the line between racing and street performance components is increasingly blurred these days, but again, research thoroughly before you make the change.

Riding, even when just commuting, requires a holistic and total approach. There’s just no other way around it in order to ensure that we arrive safely and live another day to ride. So, please keep these pointers in mind and share them with your friends.