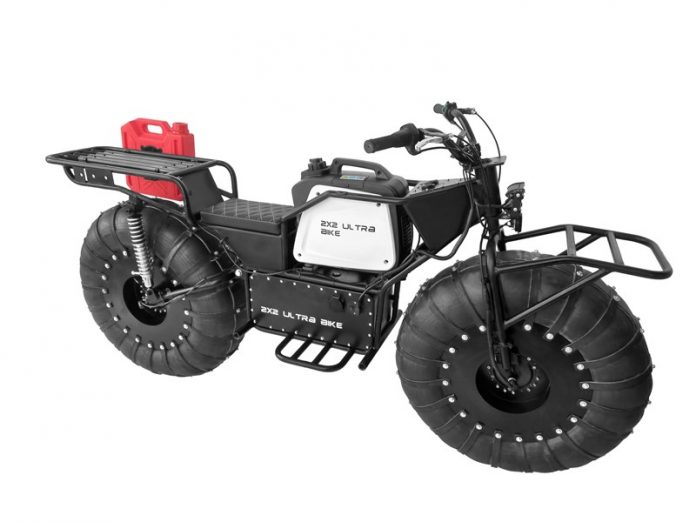 The all-electric and two-wheel-drive (2WD) Robo Systems Ultra Bike is built to go off-road, traverse boulders, and wade into water. 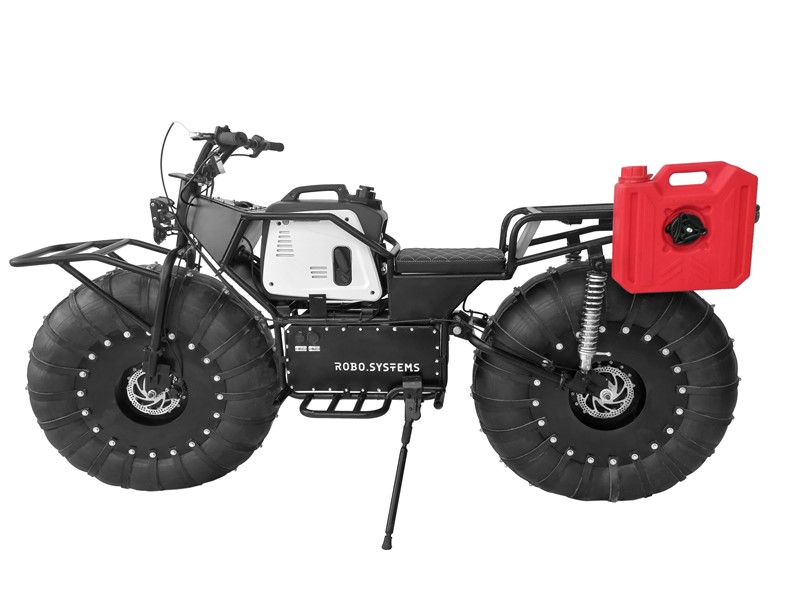 What you see here is an all-electric and two-wheel-drive (2WD) go-anywhere bike. Called the Robo Systems Ultra Bike, its clearly a machine built to tackle the rough, and it does so almost without emitting any harmful emissions. 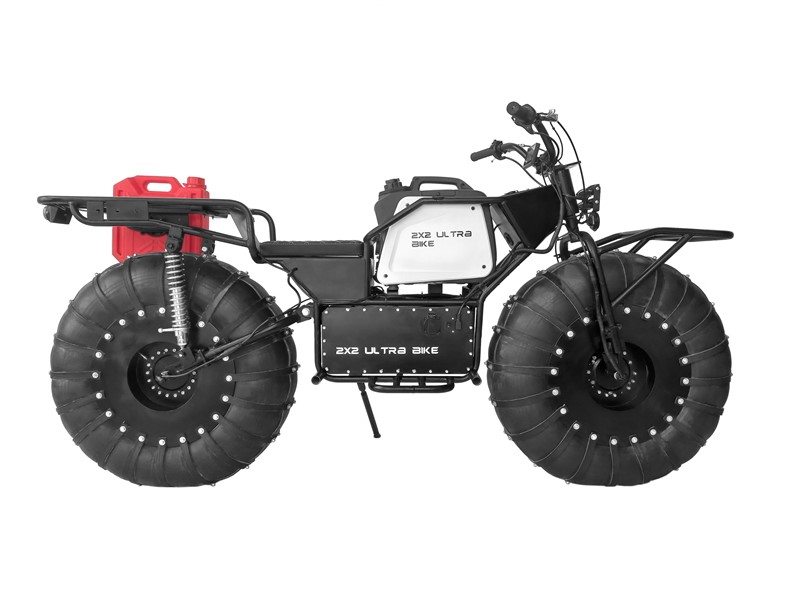 Obviously, speed isn’t the Ultra Bike’s key prowess. Instead, it’s the ability the traverse over multiple terrain types, as well as the ability to wade through water, that makes it quite the capable machine – efforts that doesn’t necessarily require outright speed to achieve.

Additionally, the Robo Systems Ultra Bike also comes with a petrol-powered 800W generator which can be used to charge the bike remotely. Of course, the generator requires fuel, hence the addition of an external jerry can plus space to stow it.

Notably, there are also fuel tanks integrated into the wheels, which, though strange, is quite an ingenious alternative storage solution in its own right.

As for the generator, it weighs 9KG and runs with 220 volts. There is also space aboard the Ultra Bike to store it, which Robo Systems says can fully charge the Ultra Bike’s batteries in one hour. On a full charge, the Ultra Bike has a claimed range of 50KM, or just over 31 miles.

Despite its large and heavy appearance, the Ultra Bike only tips the scale at a rather feather-like 60KG according to its maker. This is handy should the Ultra Bike’s rider experience a fall or tip over whilst out in the rough – you won’t need an army to lift it up again. 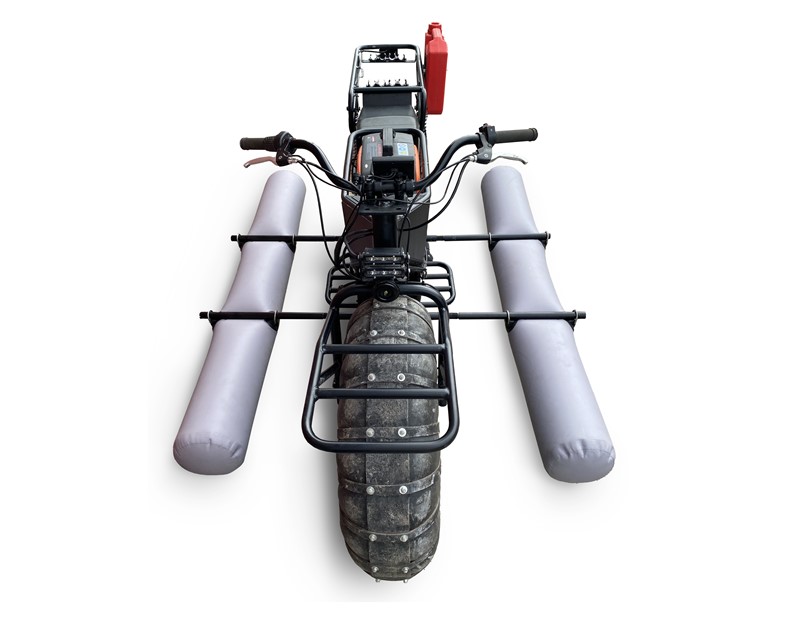 By the way, regarding its ability to wade through water, the Ultra Bike comes with plenty of waterproofing to prevent its 220V inverter from shocking its rider in water. Furthermore, there are mounting points for side balloons too, which acts as floats to turn it into a skiff of sorts.

Keen on tackling the rough astride this electric wonder? Have US$1,990 (approx. RM8,734.11) ready to purchase one, and that’s before factoring the additional options and perhaps shipping and taxes. Purchases of the Robo Systems Ultra Bike can be made online via said start up’s website.