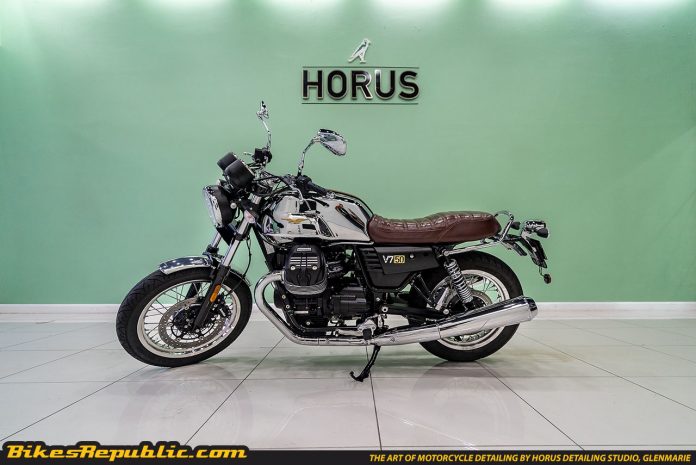 Buying a motorcycle is one of life’s greatest pleasures. A motorcycle represents freedom, but in the modern sense that usually means freedom from getting stuck in traffic, freedom to go anywhere, and the spirit of adventure. 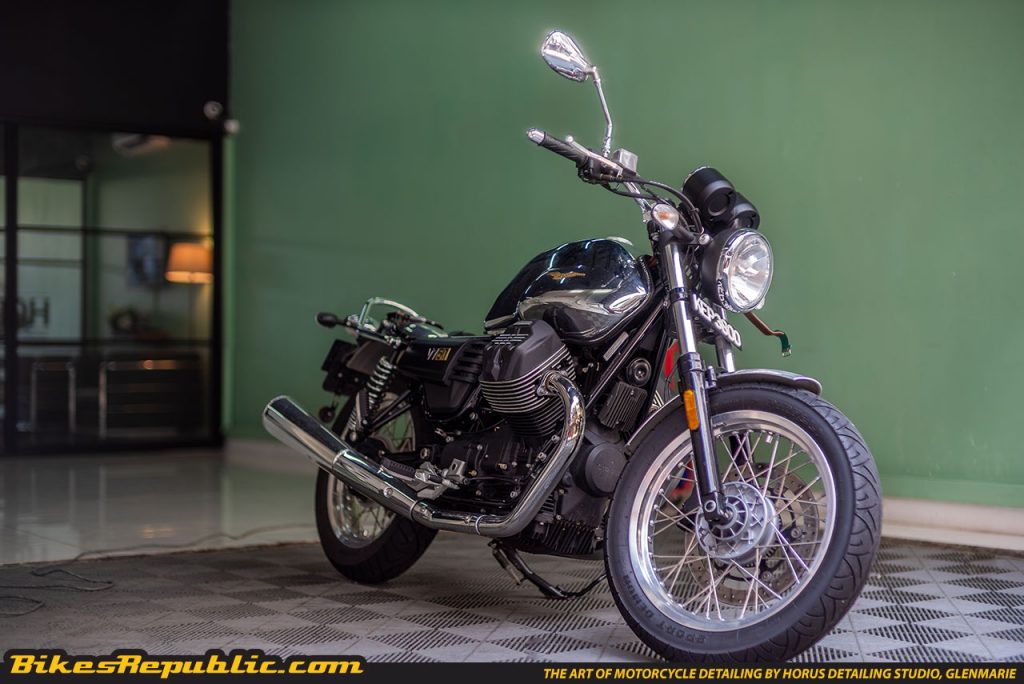 But what about maintaining the motorcycle? The mechanical parts are usually sorted out by a trusty mechanic or even the service centre from where the motorcycle was bought from. 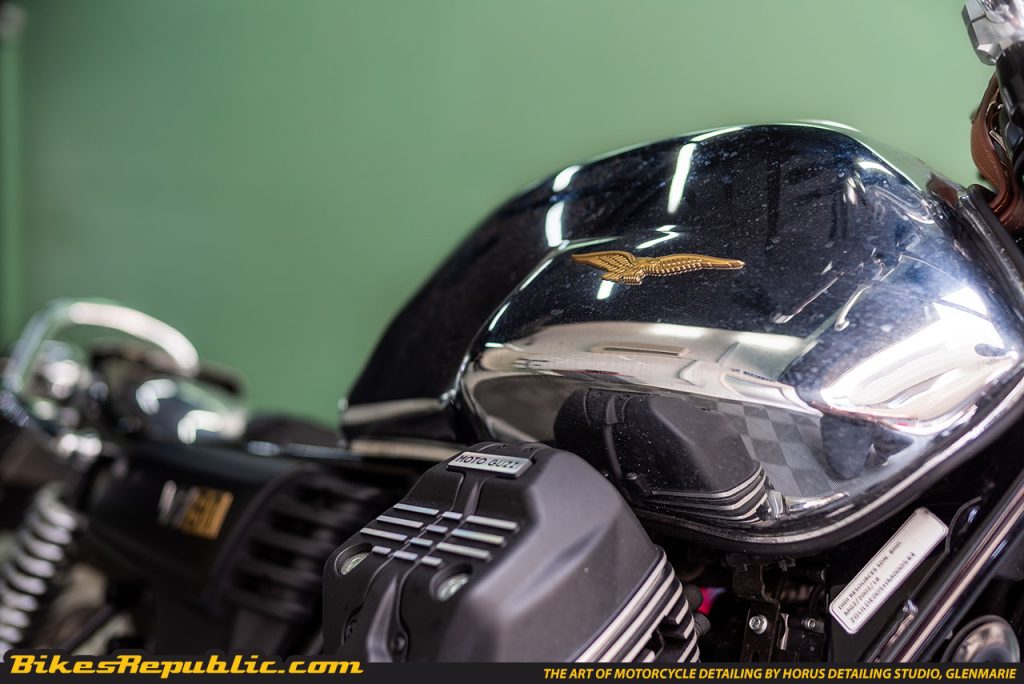 But the aesthetics of the bike, well that is the owners prerogative. 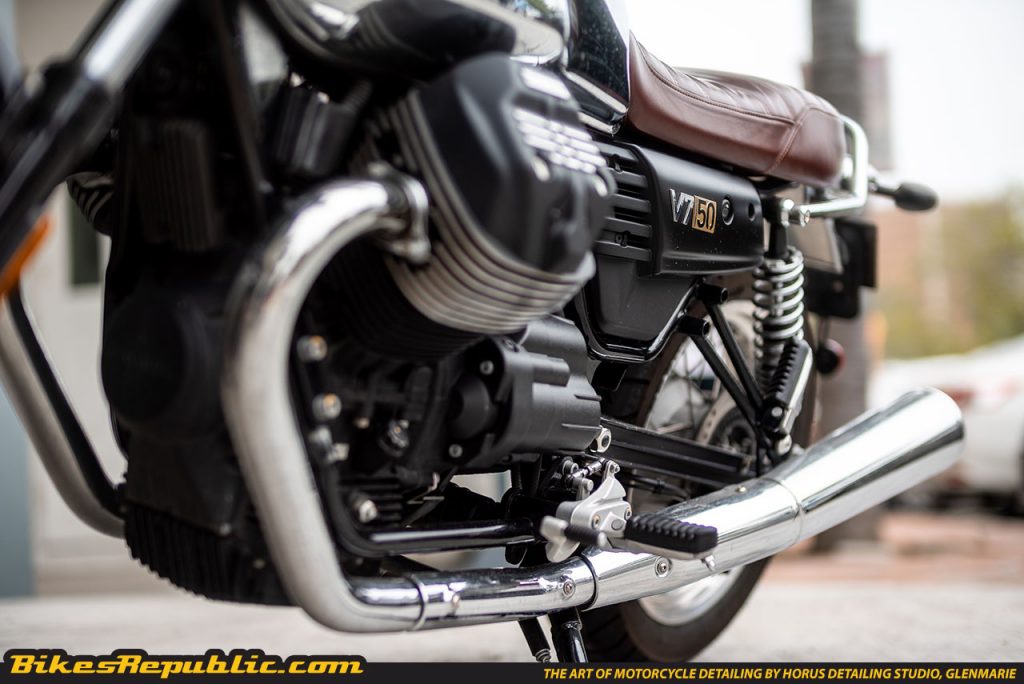 Not too long ago, I bought a Moto Guzzi V7 III Anniversario, one of 1000 around the world. Being a limited edition model built to celebrate the company’s 50th anniversary, the motorcycle is fully decked out in chrome. 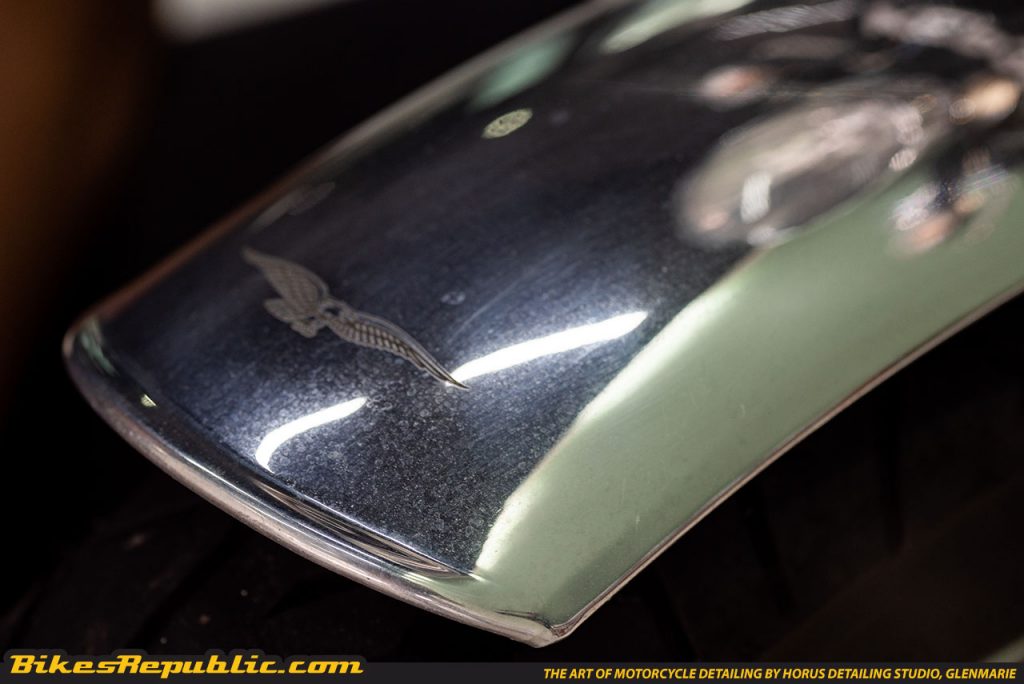 Everything from the tank to the mirrors and the mudguards is 100% chrome. And then there’s the saddle which is made out of plush brown leather. 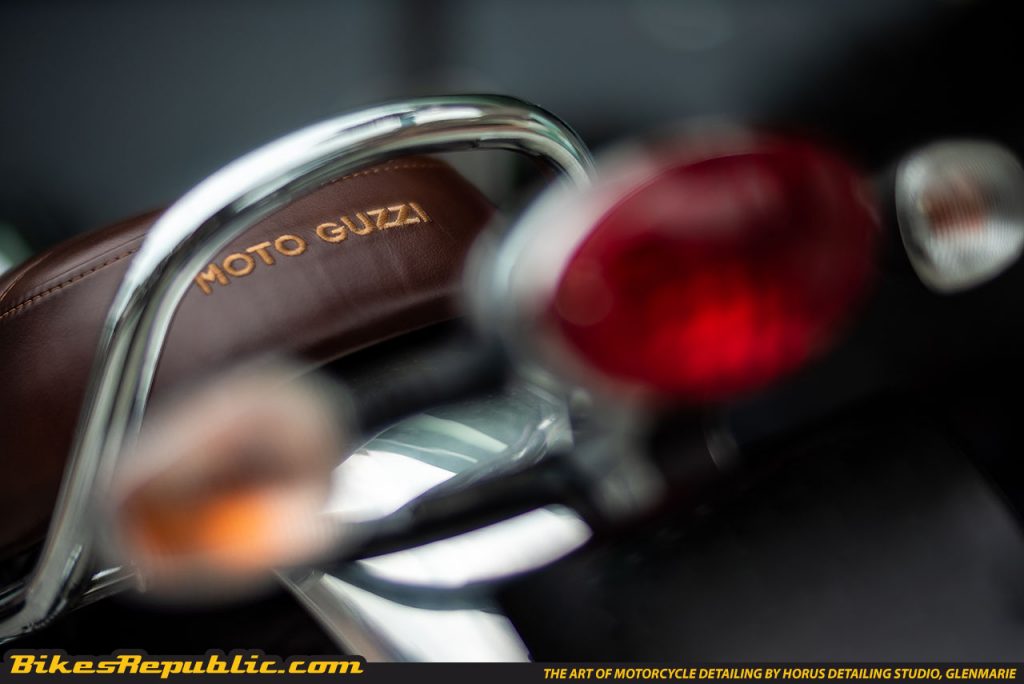 I knew from the start that maintaining it was going to be difficult, but I didn’t know how difficult. 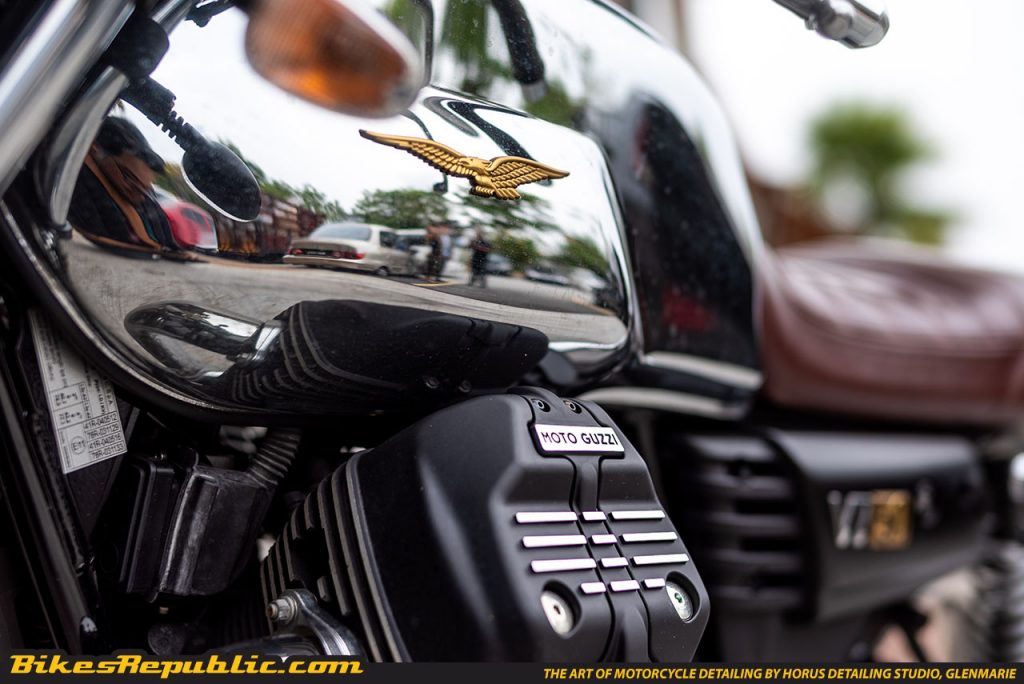 A ride in the rain resulted in the entire tank being blotched by rain spots. And with dirt being kicked up from the road, the chrome quickly becomes a dull shade of silver.

Maintaining it was, simply put, difficult. 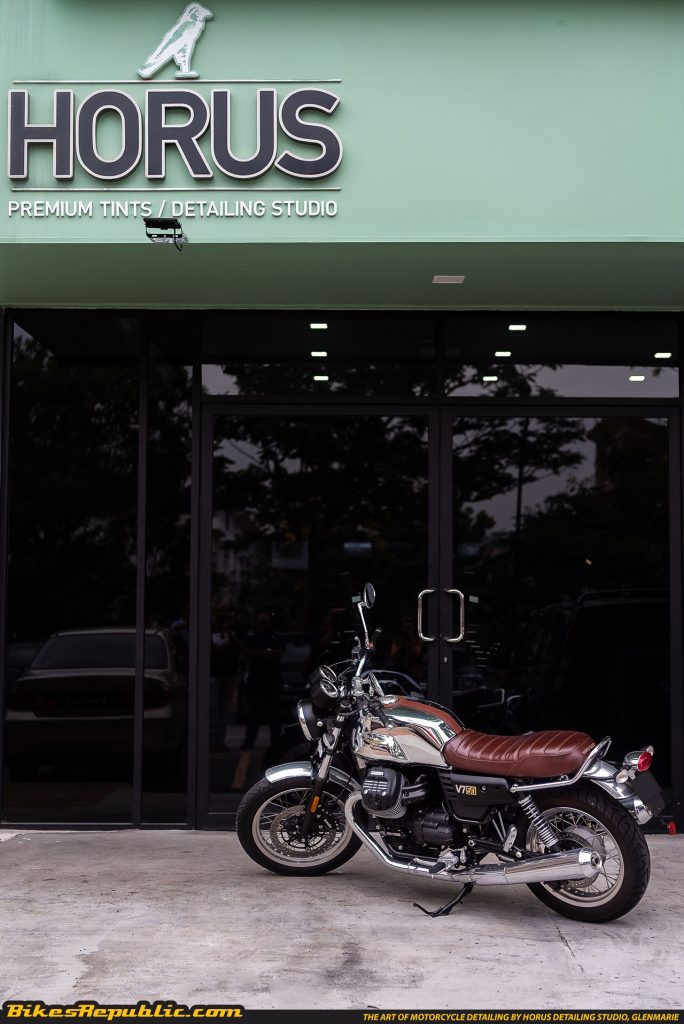 Then I got a phone call one evening from a long lost friend – Mark.

“Horus have just opened a detailing shop bro, it is something I have been working on for a while now, come check it out,” said the enthusiastic voice over the phone.

Mark has always been one of those guys who you don’t see very often but you know is always there working on something awesome and always has a cool story to tell.

“I’ll come by tomorrow”, I responded. 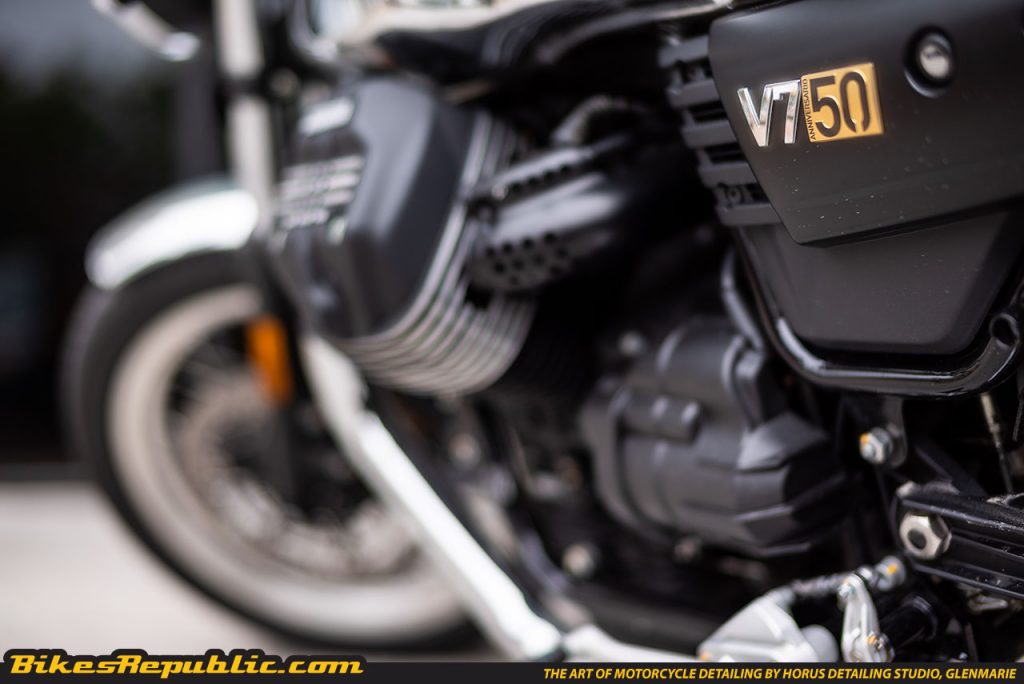 Located at Temasya Glenmarie, Horus Premium Tints and Detailing Studio, the Malaysian dealer principal for Horus, specialises in everything needed to bring out the aesthetic shine in your car. 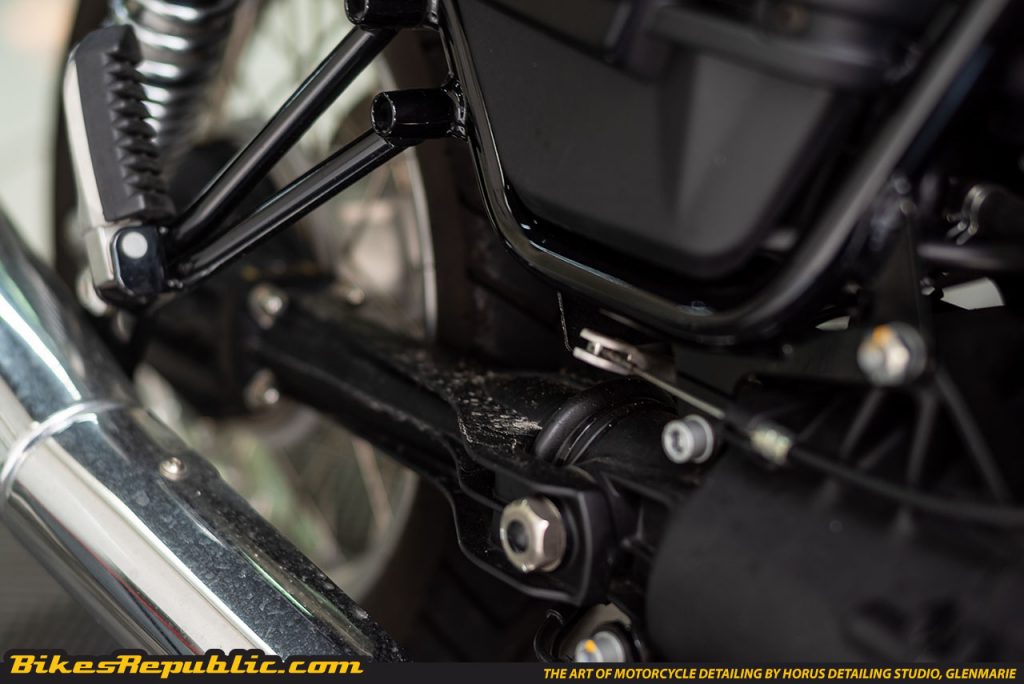 ‘We started off in Singapore and did rather well, and now we’re in Malaysia with our good friend Azmi and looking to expand,” explained Mark. 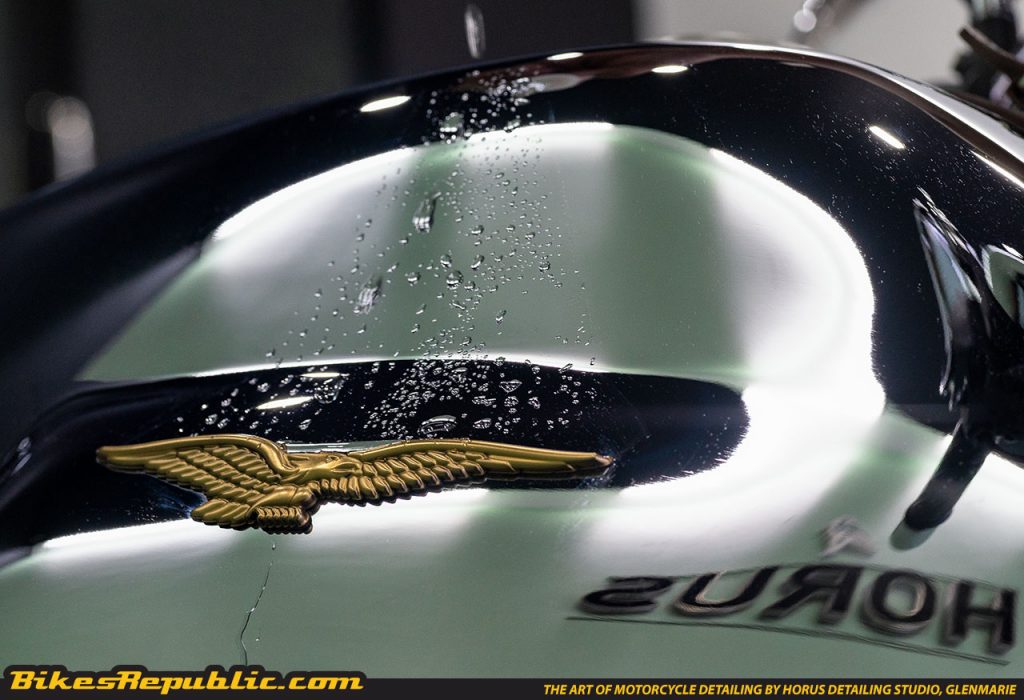 On the topic of motorcycles, Horus did a fantastic job at working on the chrome and all the tiny bits. Detailing motorcycles is unlike a car, a bike has hundreds of tiny sensitive areas which if not handled carefully can be catastrophic. 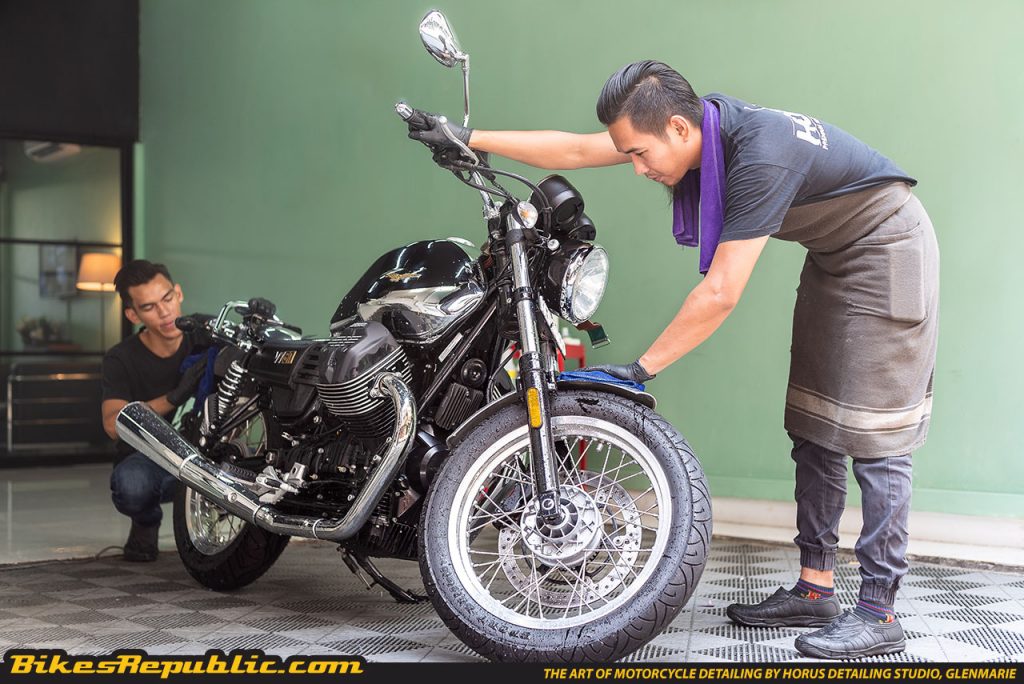 The talented team at Horus consist of experienced bikers as well says that the entire process began with a an inspection of the bike, and from there the team planned out which Horus product to apply. 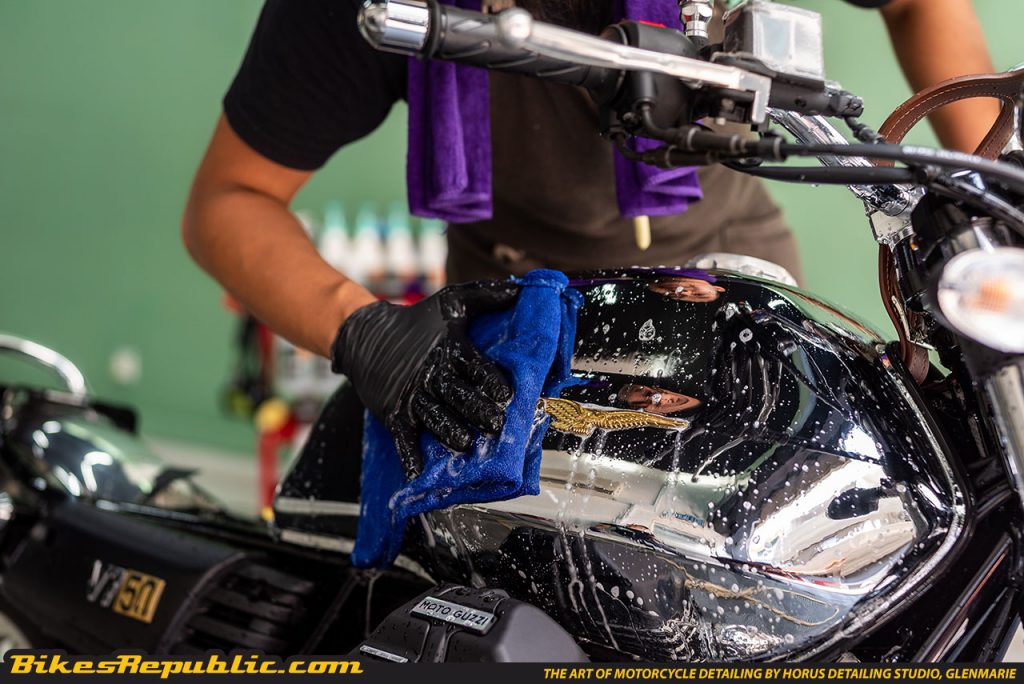 A bath with anti-static biodegradable shampoo started off the process followed by the usage of clay to remove heavy dirt. 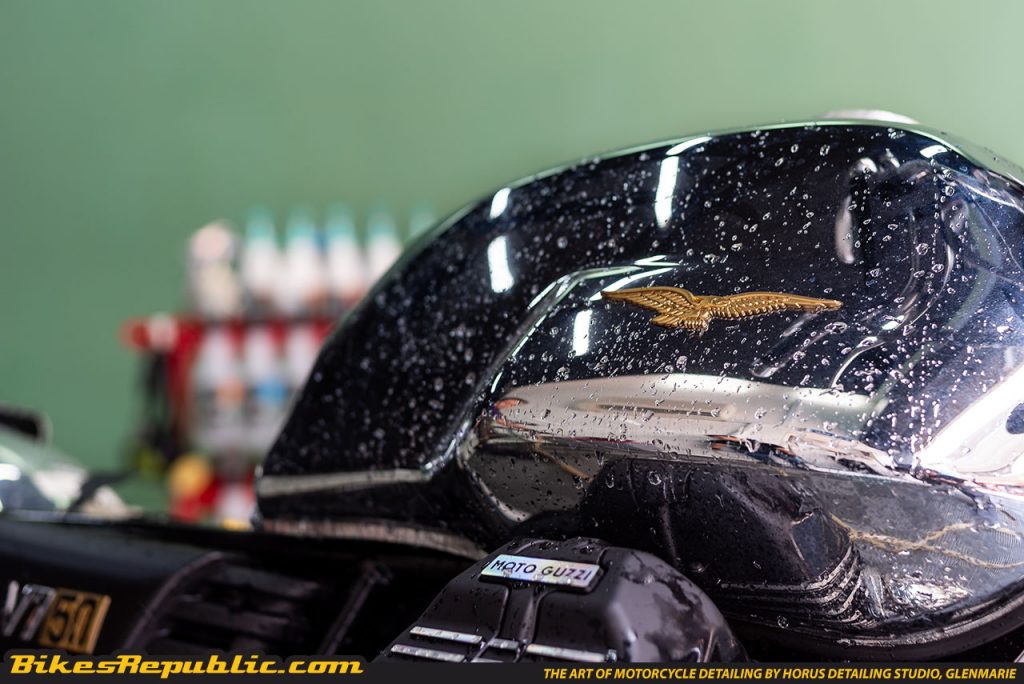 This of course needed to be washed and wiped off before anything else could be done, so the Anniversario was cleaned and dried with a microfiber cloth. 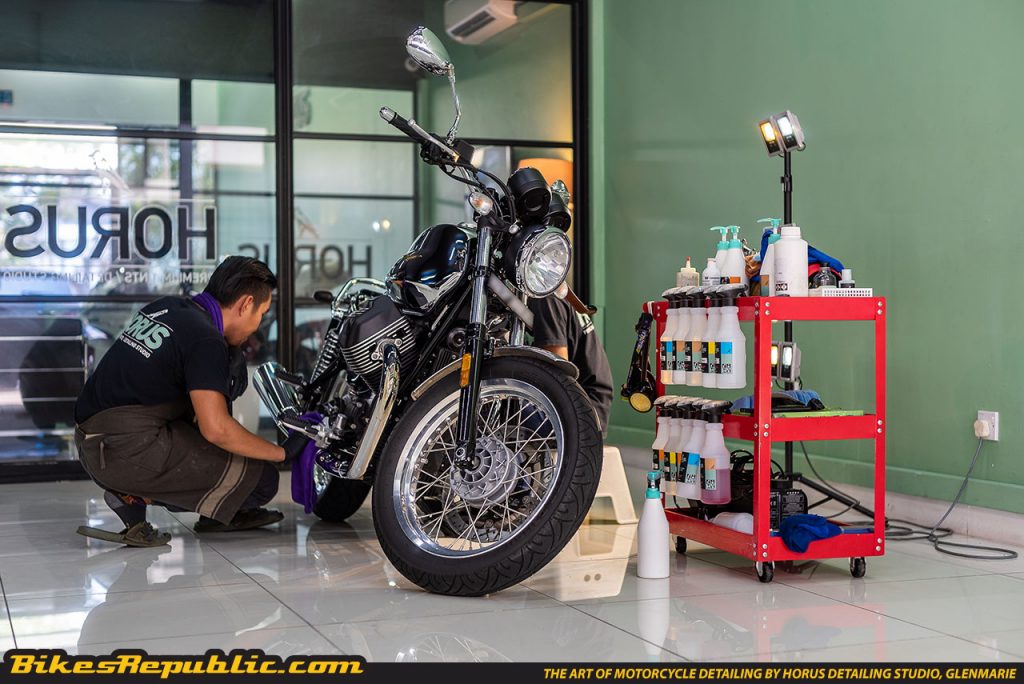 From there the entire surface of the bike was wiped down with an alcohol based solvent which removes any excess oil and dirt. This was a necessary step as the next step involves paint correction to remove any scratches. 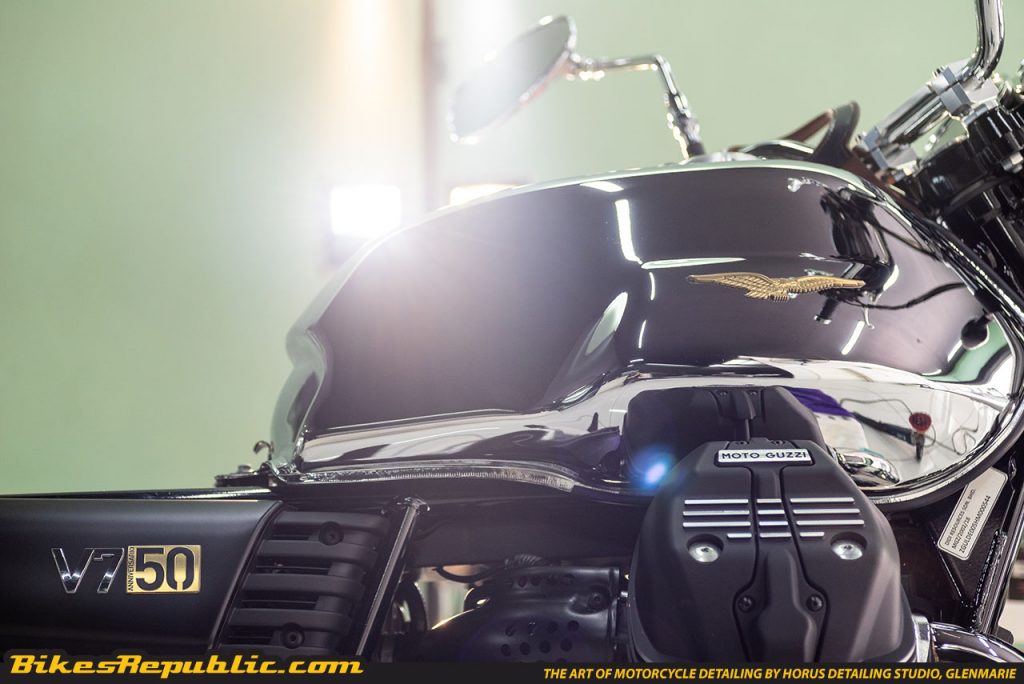 “We do that by using a medium cut polish, this retains the shine and removes small microscopic scratches. After that we leveled out the paint using a fine cut polish, this ensures the shine is consistent with zero paint defects,” explained Azmi Ismail, Managing Director of the Malaysia’s Horus dealer principal and another long time friend of mine. 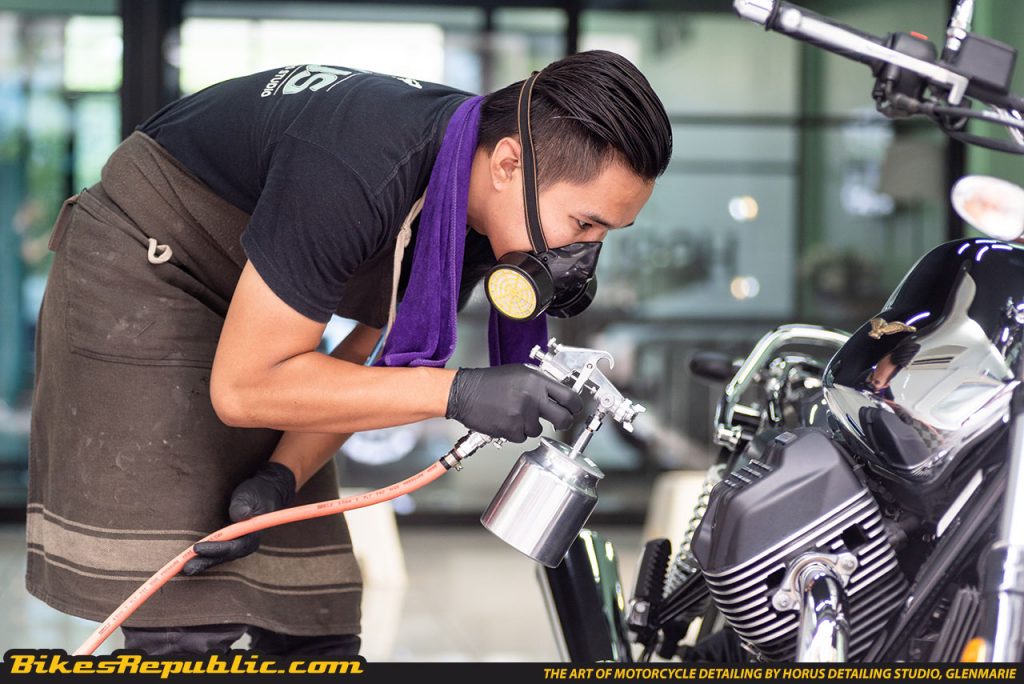 From there, the entire process involved polishing with medium compound and the usage of solvents to remove any dirt and grime that may be tucked away deep inside the nooks and crannies of the bike. 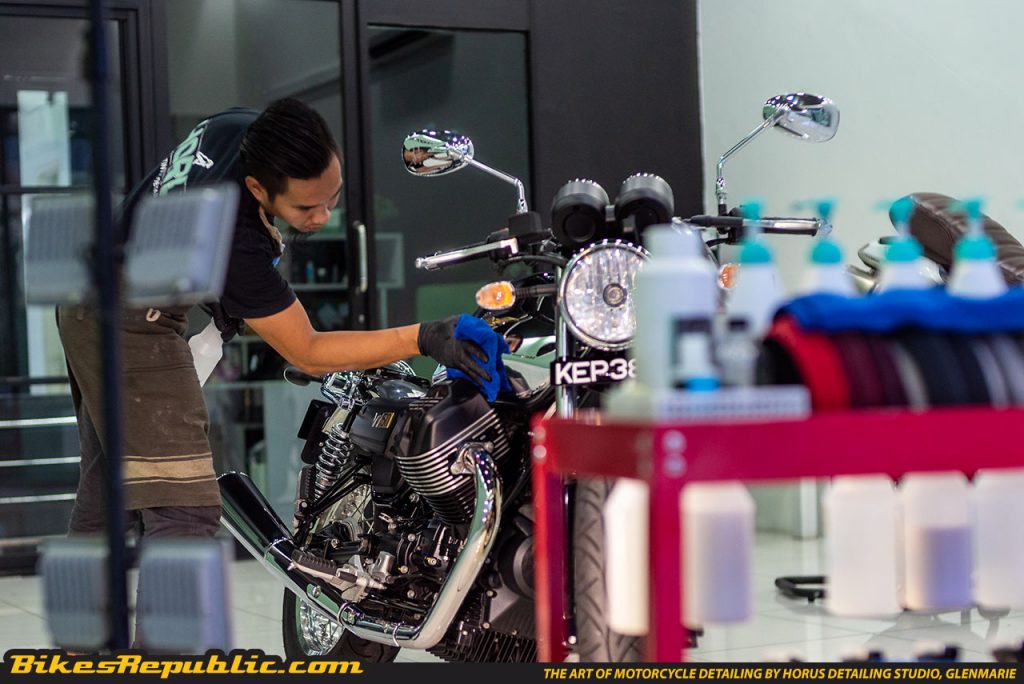 To cap it all off, each component of the bike is cleaned with a microfiber cloth and a generous amount of Horus premium hybrid coating is applied to that extra shine. 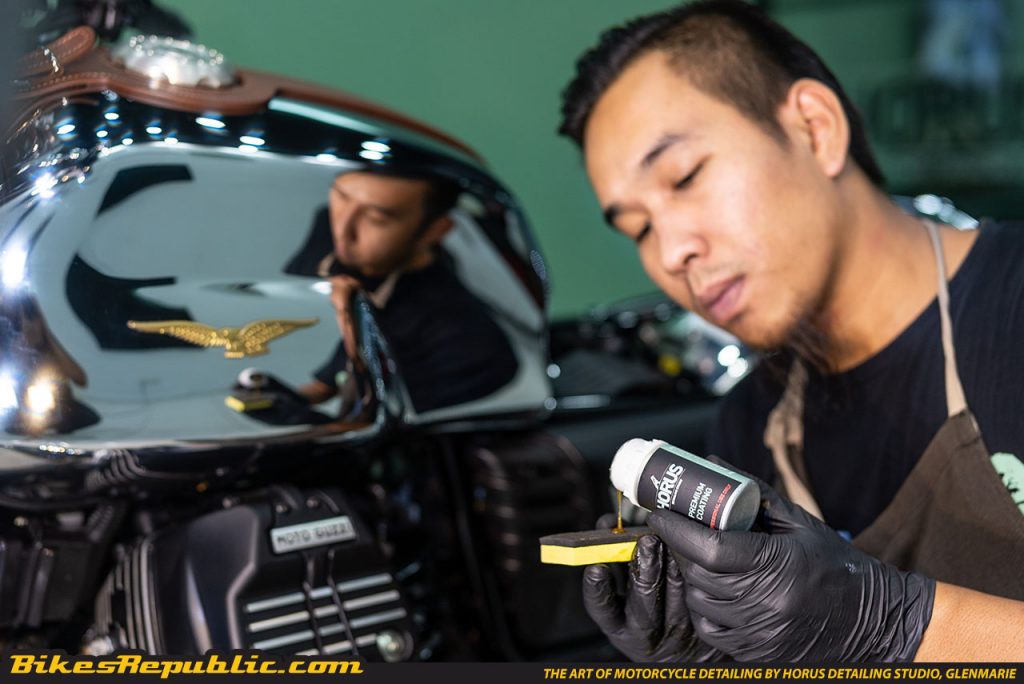 It has been about three weeks now since I collected the bike. I have ridden the bike in the rain (in fact it rained right after I collected the bike) and it is now covered with dust again. But a quick swipe of a microfiber cloth immediately brings out the shine again.

Detailing motorcycles is a long tedious process, and not everyone can do it as it requires knowledge of the internal electronics of the bike. Am I happy with the final result? Im ecstatic with it, and for a bike as unique as the Anniversario, every bit of shine matters. 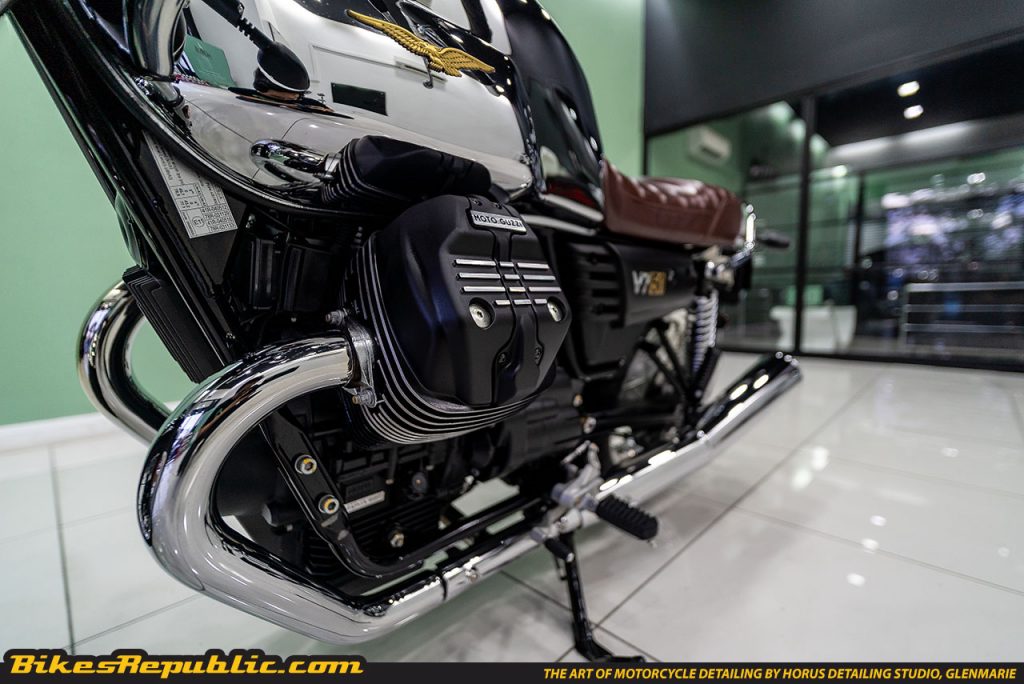