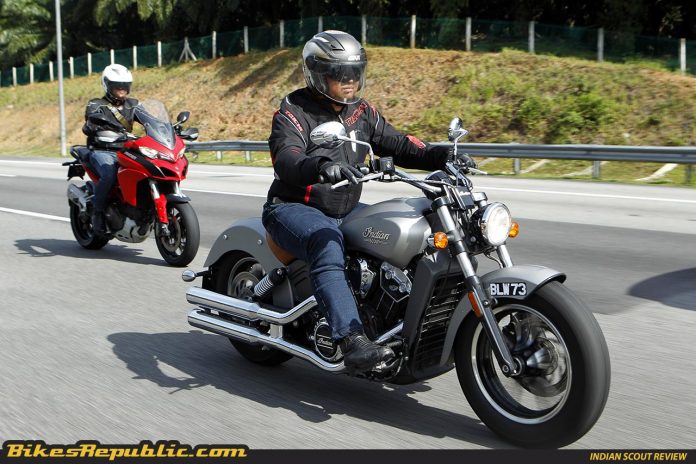 Ask anyone about the first American cruiser that comes to mind and Indian will likely not be the first image in their heads. Though the brand is amongst the oldest in the world and one of a few with a history as colourful as Harley-Davidson, but the brand had all but disappeared off the Malaysian radar, until it re-emerged locally a few years ago thanks to importer and distributor, Naza. 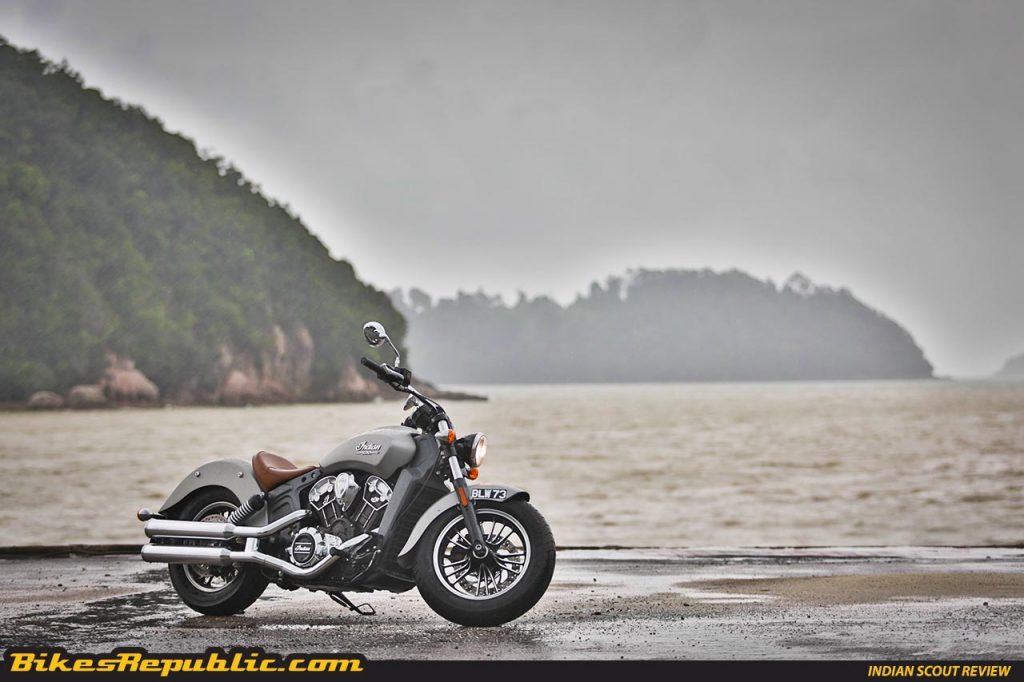 Indian makes great motorcycles. They have perfected the cruiser recipe with a touch of smoothness, style and power. Take this Indian Scout for example, it was designed to take on the Harley-Davidson Sportster and others in its class, and it does a stylishly good job too. Though whether or not it does a better job than the Sportster is still debatable. 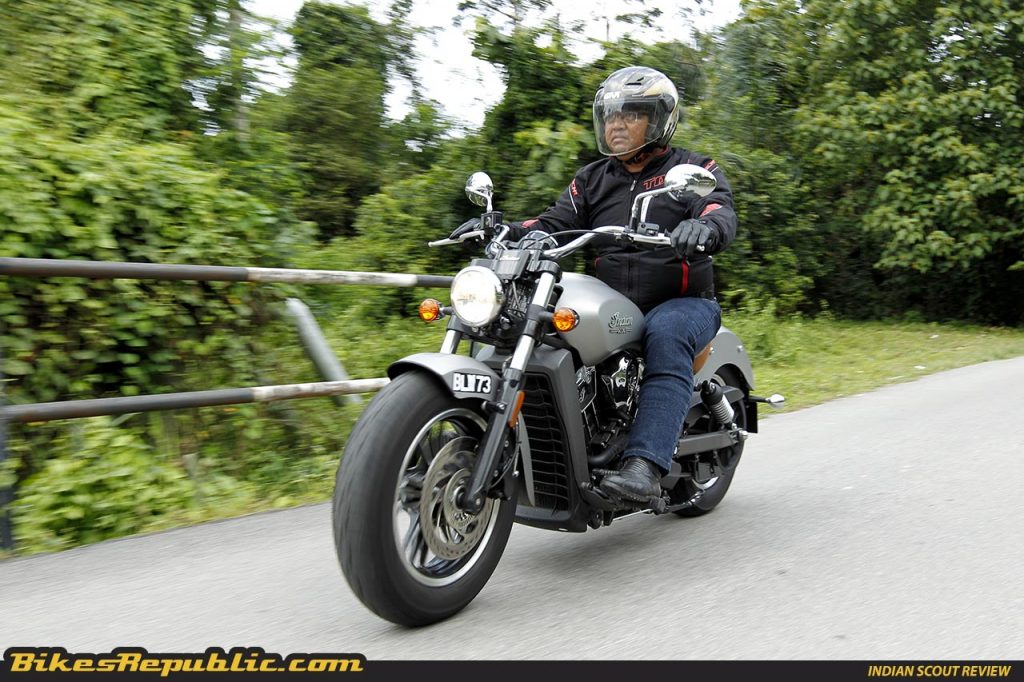 It has the right design and the right size for a bobber-ish cruiser. It also has the old school wheel size and style. And unlike some manufacturers that try too hard to take on Harley-Davidson, does not over do the chrome and bling. The latter being a really good thing, lets leave the chrome and bling to the big boys with their Road Glides and Chief Specials. 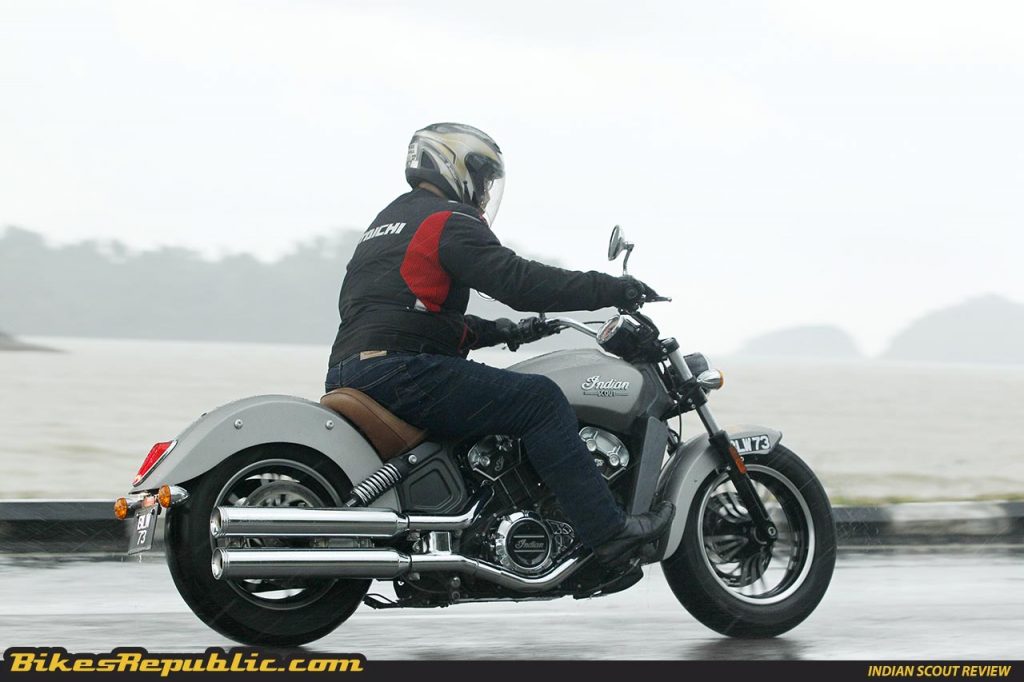 It looks about the same size as a Sportster 1200 but has a 32mm longer wheelbase, has a 83mm shorter seat, is slightly taller with 30mm more ground clearance and is 14 kg’s lighter than the 2016 Harley-Davidson Sportster 1200. 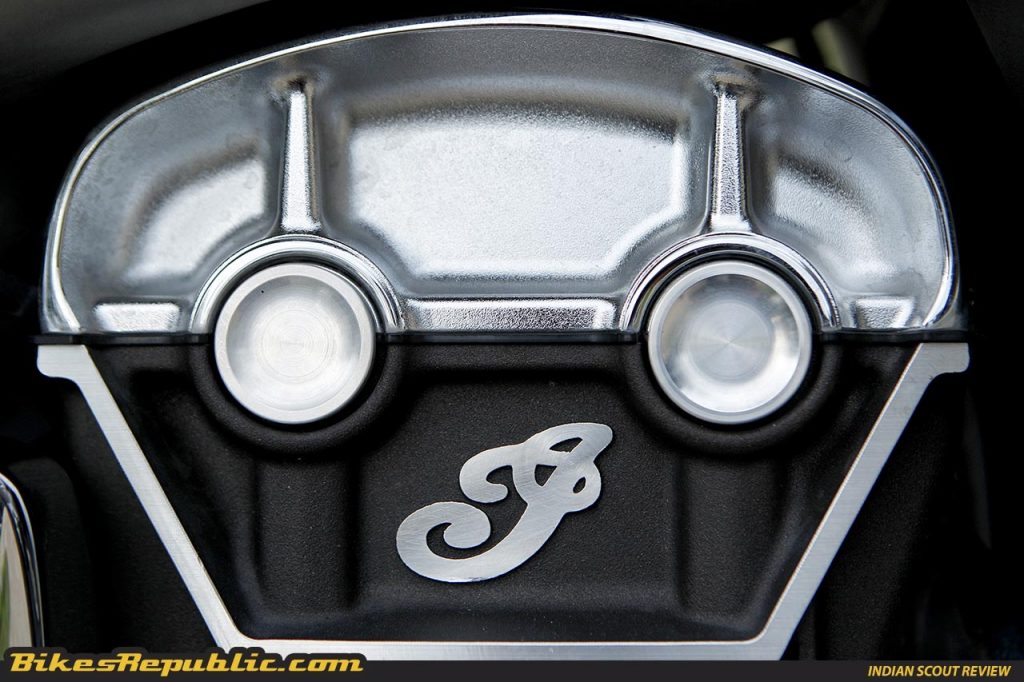 It roughly rides about the same as a Sportster 1200 does too, and this comes from a owner of a 2014 Sportster 48. It may be shorter, lighter and yadi yadi yada, but Sportster owners will feel right at home on the Scout – it is familiar territory. 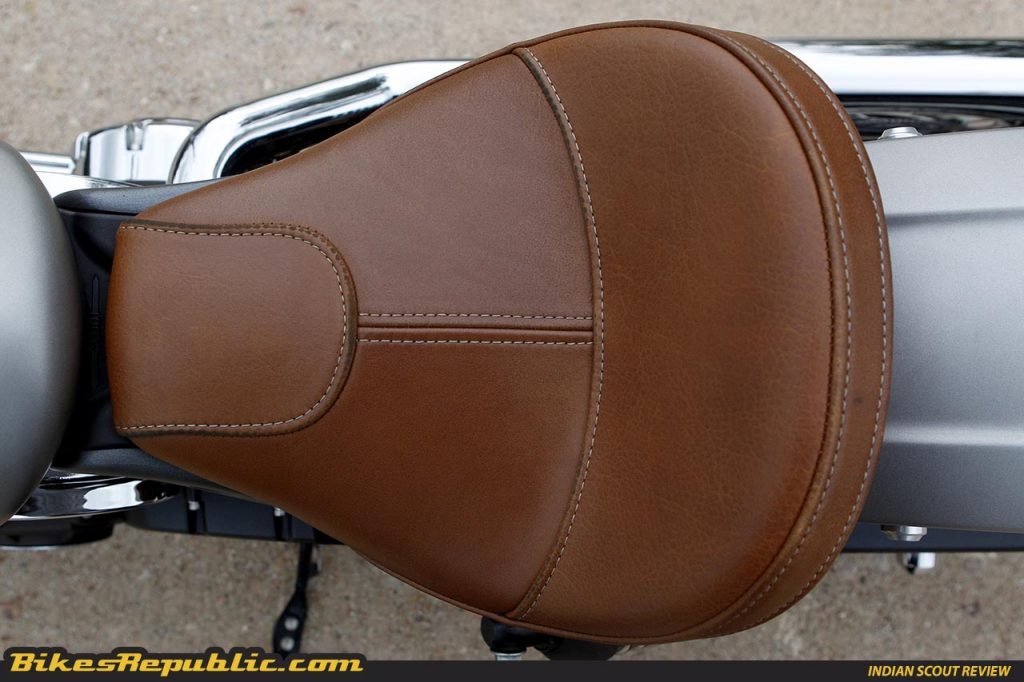 The footpegs are forward set and the seat, though gorgeous to look at in all its brown leather glory, isn’t particularly comfortable and gives a sore bum after about 100km. But it scores top points in visual appeal, and truly complements the bike’s gun metal grey colour. 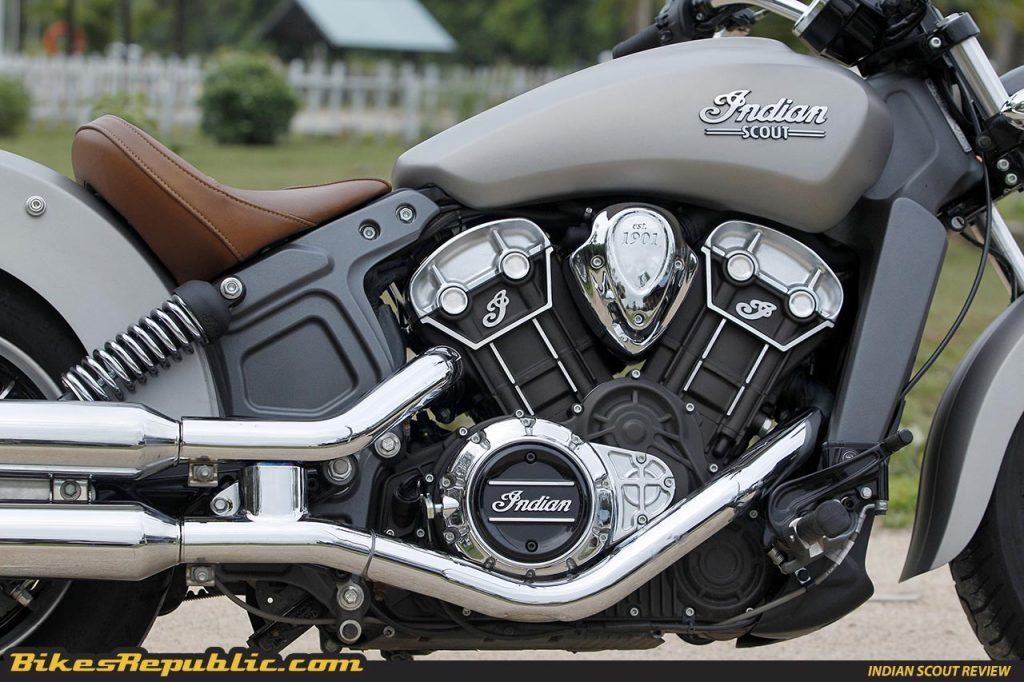 To steal customers away from Harley-Davidson, Indian had to make a better bike, and that almost always starts with a grand engine, and boy what a grand engine it has. 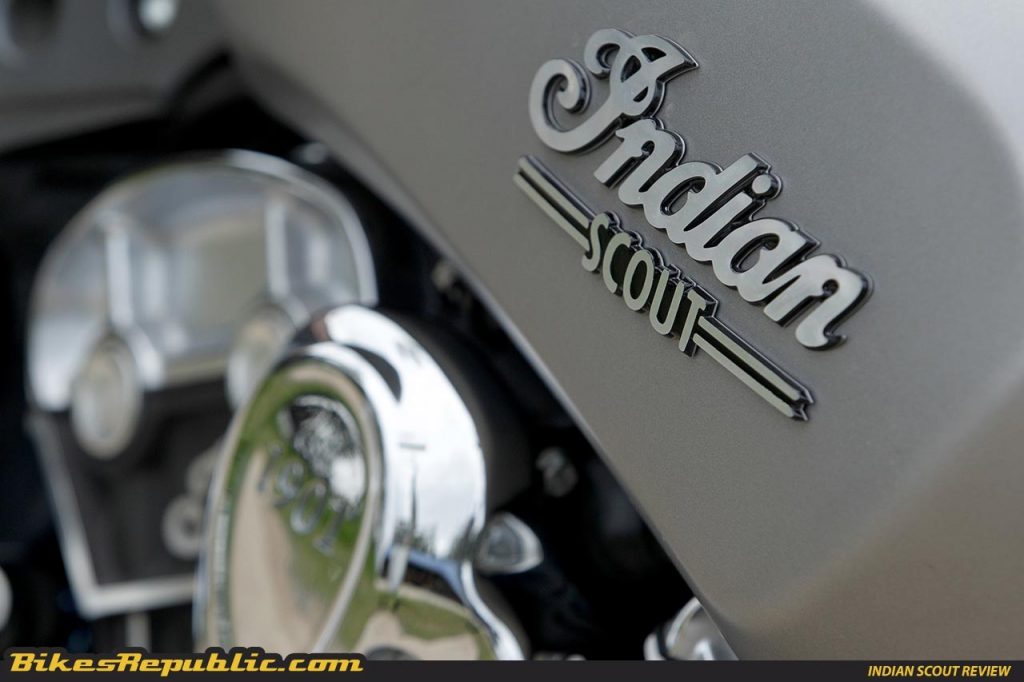 The engine is a 1,130cc, liquid cooled v-twin that gives out 100hp and 97.7Nm of torque from 5,900rpm. Though slightly smaller than the 1,202cc engine of the Harley-Davidson, the Scout has just a little more torque (H-D does not disclose horsepower figures), but because the H-D offers all of its torque from just 3,500rpm, it feels more powerful. The Scout however has a lower lean angle of 31 degrees while the H-D only does 26 degrees. Naturally the Scout feels sportier than the Sportster, which feels more like a cruiser than the Scout. 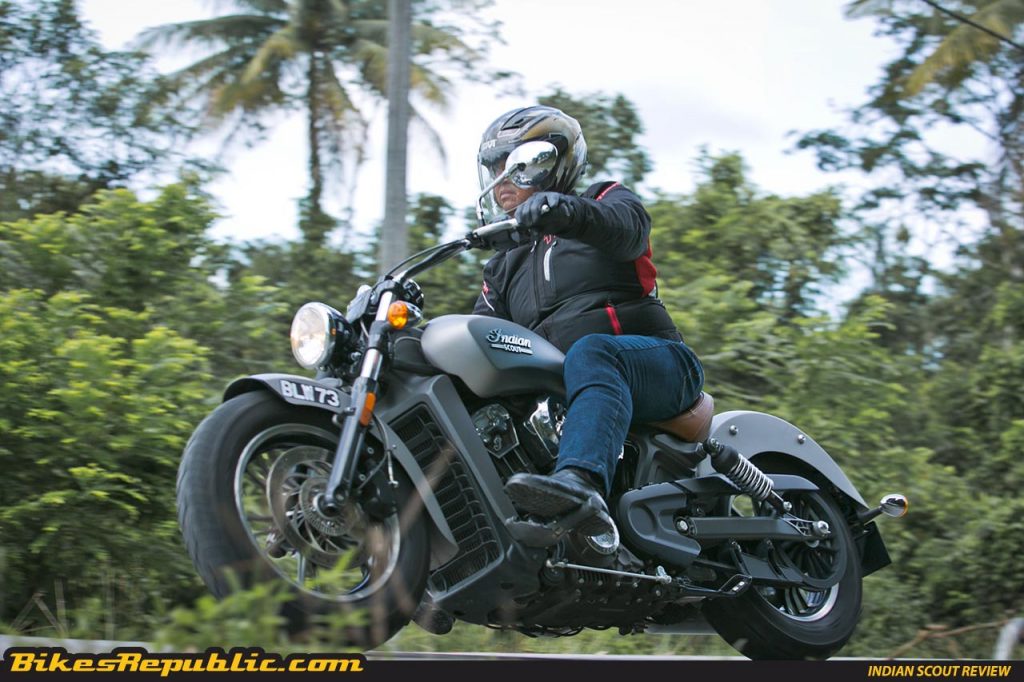 And so, the bike from Spirit Lake, though quite a nice bike to ride, did not impress me all that much though. It was too small for my size and though my 48 is about the same size, I am in love with the raw character of the Harley, and speaking of engines, keeping the Indian at a constant boiling point can be a little tiring for a cruiser, low end torque is always King. 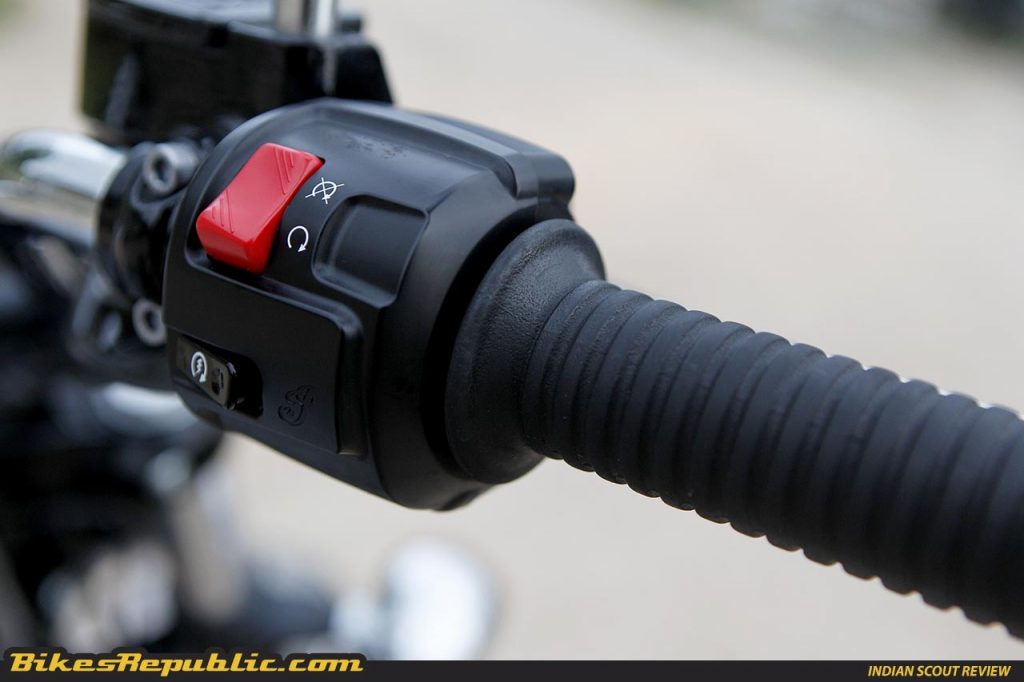 Generally, I liked the fit and finish of the Scout as it has a mix of Americana with the quality of a Japanese bike, but at RM114,800, it is quite pricey. It will be tough making a case for the Scout at the local mamak table when everyone else asks why you would rather buy a Scout over, say, a Sportster 1200, or even a BMW RnineT. All the best justifying that. 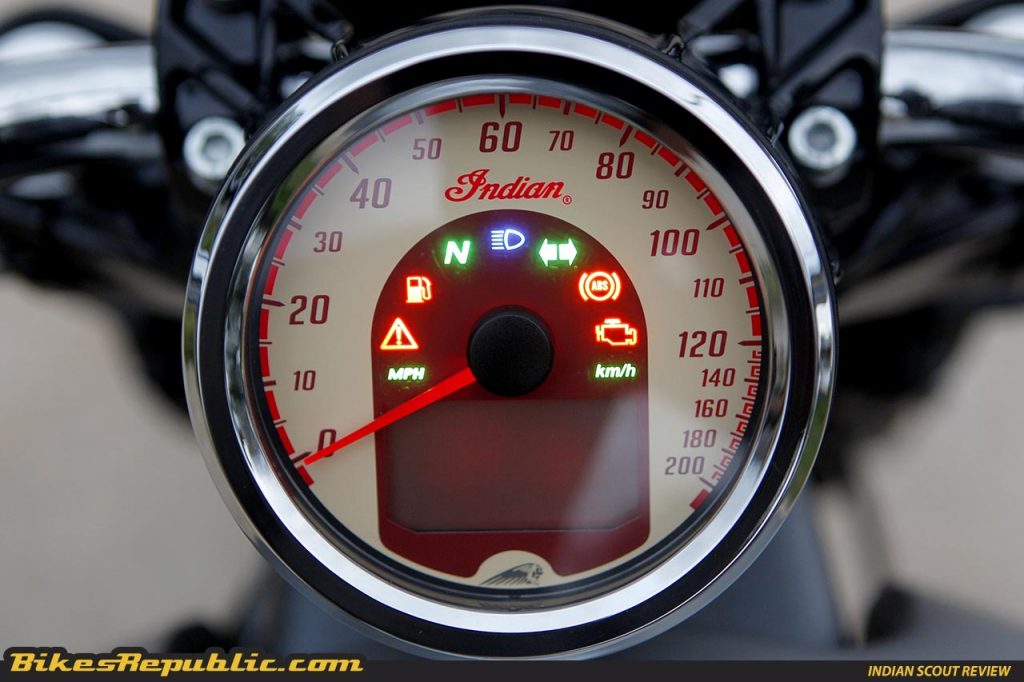 But if you want a cruiser but not a Harley-Davidson and want some heritage to boast about during weekend rides, the Indian Scout is the bike you want. Pricey it might be, but it has all of the appeal of a Harley-Davidson plus a livelier engine if you are the type that likes to work for your pleasure. There is also lots of metal parts and bullish power.

It is also an easy bike for beginners to start on as well, but hey, don’t just take my word for it, Naza has a Scout for you to test ride, so give them a call at 0162293123 if you want to give it a try. And don’t worry about the softish exhaust note, there is nothing aftermarket pipes can’t fix.

Find out more about this bike and other Indian motorcycles here! 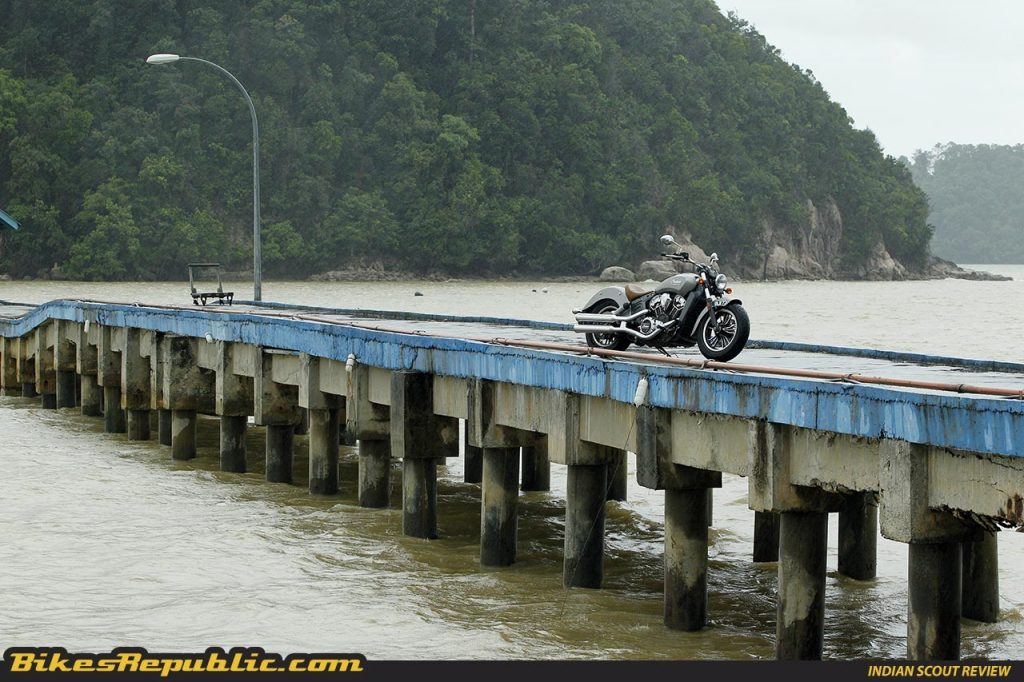