There was a time when sport motorcycles had great names (some not so great, fair enough) rather than the invariable bowl of alphanumeric soup like “CSRXY1000RSSRR,” for instance. Boring. Looks more like a serial number.

Manufacturers used to name their bikes to commemorate their wins at certain tracks. There were also those named in such fashion as a… well, fashion statement, but hey, it was cool. There thankfully a few that still do these days, so we’ll get to them later in this list.

So, here are the Ten Motorcycles Named After Racetracks.

Honda had never named their motorcycles after racetracks, except for one in 1982 called the FT500 Ascot. “FT” stood for “flat-track” and Ascot is the dirt oval in California. But while the name eludes to great riders powersliding the rear tyre, the FT500 was meant to be a “street tracker.” The 497cc, single-cylinder engine was derived from the XL and XR dirtbikes and produced an anemic 36 hp. Not surprisingly, it went out in a whimper. Perhaps this is why Honda doesn’t want to name its bikes after racetracks again? 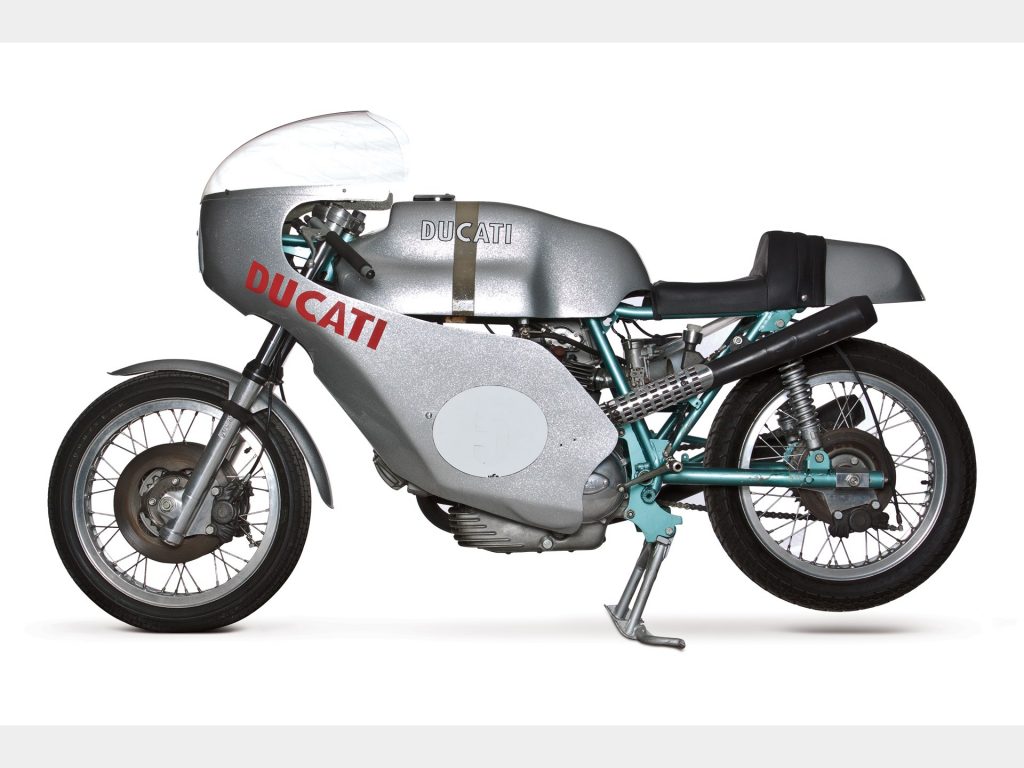 The Ducati that Paul Smart rode to the infamous victory at Imola in 1972 was actually based on a touring bike. We’ll let that sink in for a moment.

Yep, it was adapted from the Ducati 750 GT and was the first Ducati to feature their signature Desmodromic valve actuation. Smart beat everyone on the bike, including one Italian racer by the name of Giacomo Agostini on his MV Agusta.

Ducati immediately released the replica of Smart’s bike and called it the “750 Imola.”

The Laverda Jarama was named after the infamous Spanish racetrack when it was imported into the US, although it was the same bike as the 3CL sold in Europe. However, Laverda was also selling the Jota at the same time and the latter was more successful, prompting dealers to upgrade the Jarama to the Jota’s higher specs, hence what some call it “Jarota.”

In the Jarama’s fashion, the Montjuic was also named after a racetrack in Spain. However, the Montjuic wasn’t a pretty road bike with a pretty name, as it started as a Formula 500 racing motorcycle. Laverda decided to sell the bike to the general public on the encouragements of the British importer to produce the road legal version and was christened the “Montjuic.” It was the most exotic middleweight of its time.

Okay, okay we’re cheating because the Bol d’Or isn’t a racetrack but the 24-hour endurance race in France.

Still, how could we ignore this awesomely beautiful motorcycle? Built to replace the single-cam CB750F, the CB900F and CB900F2 were sold in Europe instead of the US and has more in common with the CBX1000 six-cylinder superbike. That fairing still allows the engine to be seen while being protective, and the design went on to inspire the Windjammer fairings.