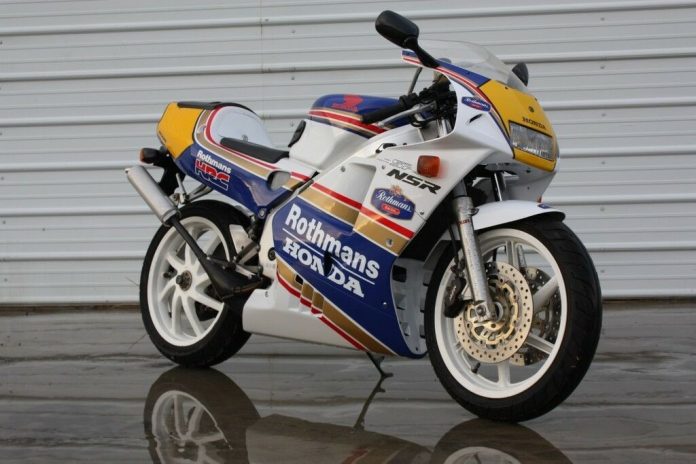 As the world’s largest motorcycle manufacturer, the Honda Motor Company, Ltd. has produced some revolutionary models since their inception in 1959. Operating behind the “Power of Dreams” principle, some of these motorcycles, their technologies, innovations and ideas went to influence how the industry approaches motorcycles. 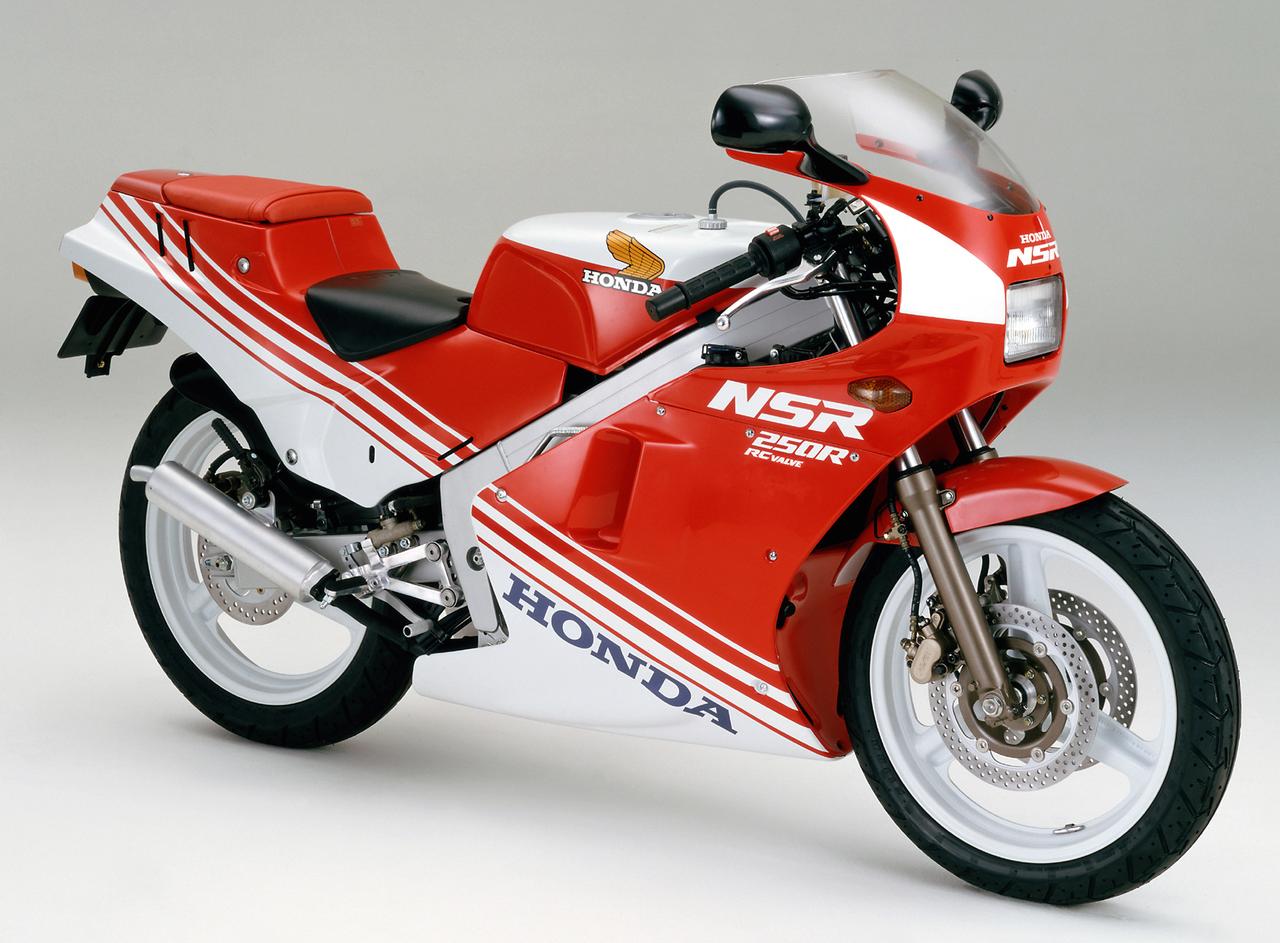 If there’s one bike in Honda’s arsenal that’s closest to Grand Prix bikes (prior to the RC213V-S) was the NSR250R. This two-stroke sportbike had the looks, performance, handling and even smell of a GP bike. Boy racers and veterans welcomed it with glee. 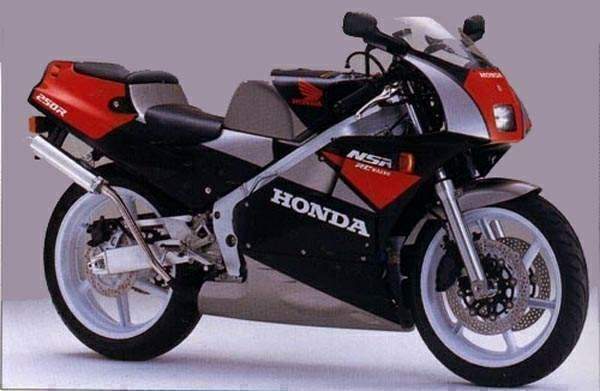 At its heart was a 249cc, liquid-cooled, 90-degree V-Twin two-stroke with crankcase reed valve induction. It also had Honda’s RC Valve powervalve system, and the bores were coated with nikasil-sulphur hence the “NS” in its name. it produced 57 hp but carried only 132 kg dry. 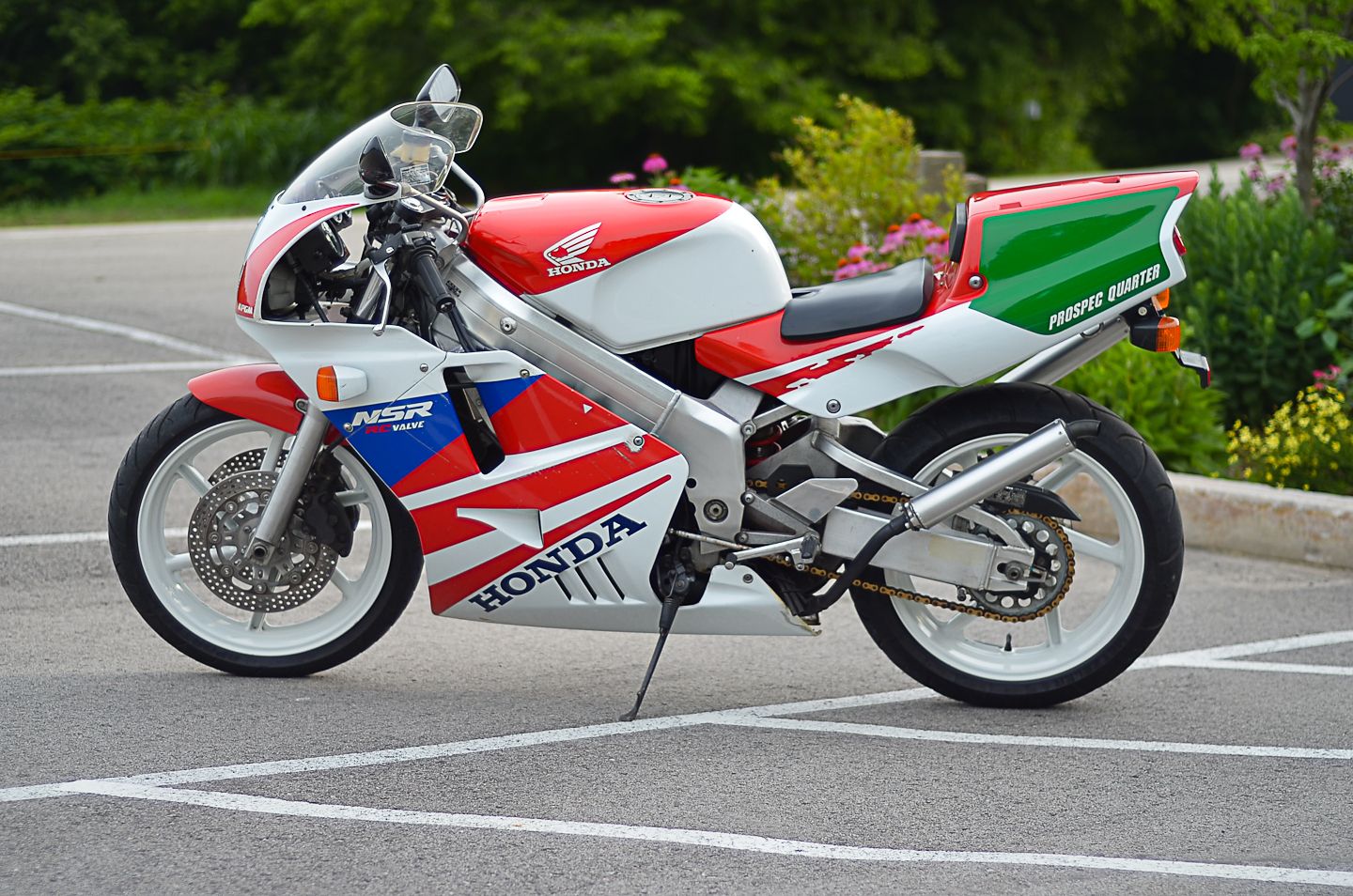 There were four distinct generations starting from the MC16, through to the MC18, MC21 and finally MC28. Each generation used the PGM ignition system, from PGM-I to PGM-IV. The 1994 to 1996 MC28 was the best-looking of all, since it had the single-sided Pro-Arm swingarm. 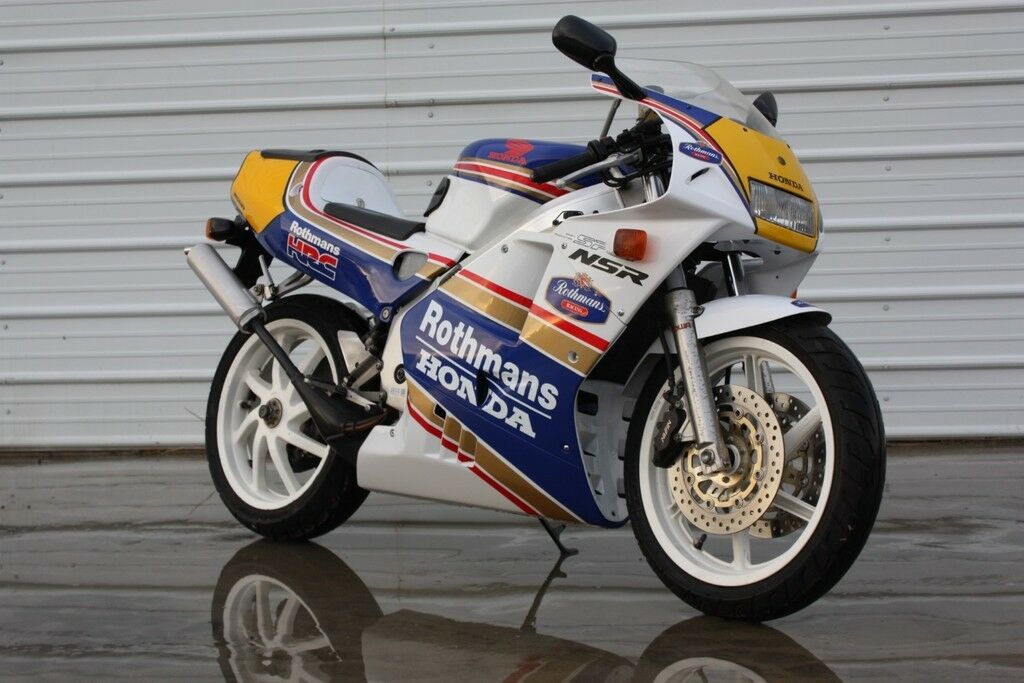 The BMW R80GS may have started the dual-purpose segment, but it was the Africa Twin which arguably opened the eyes of enthusiasts to the Japanese adventure bikes (along with the Yamaha Super Ténéré).

As such, the NXR750 became the basis for the XRV650 and the succeeding XRV750. The former had a 52-degree V-Twin engine which was carried through the entire Africa Twin lifespan. This first engine had three valves per cylinder and produced 56 hp. Dry weight was 193 kg.

The RD07A was a facelift model and production continued until 2003. 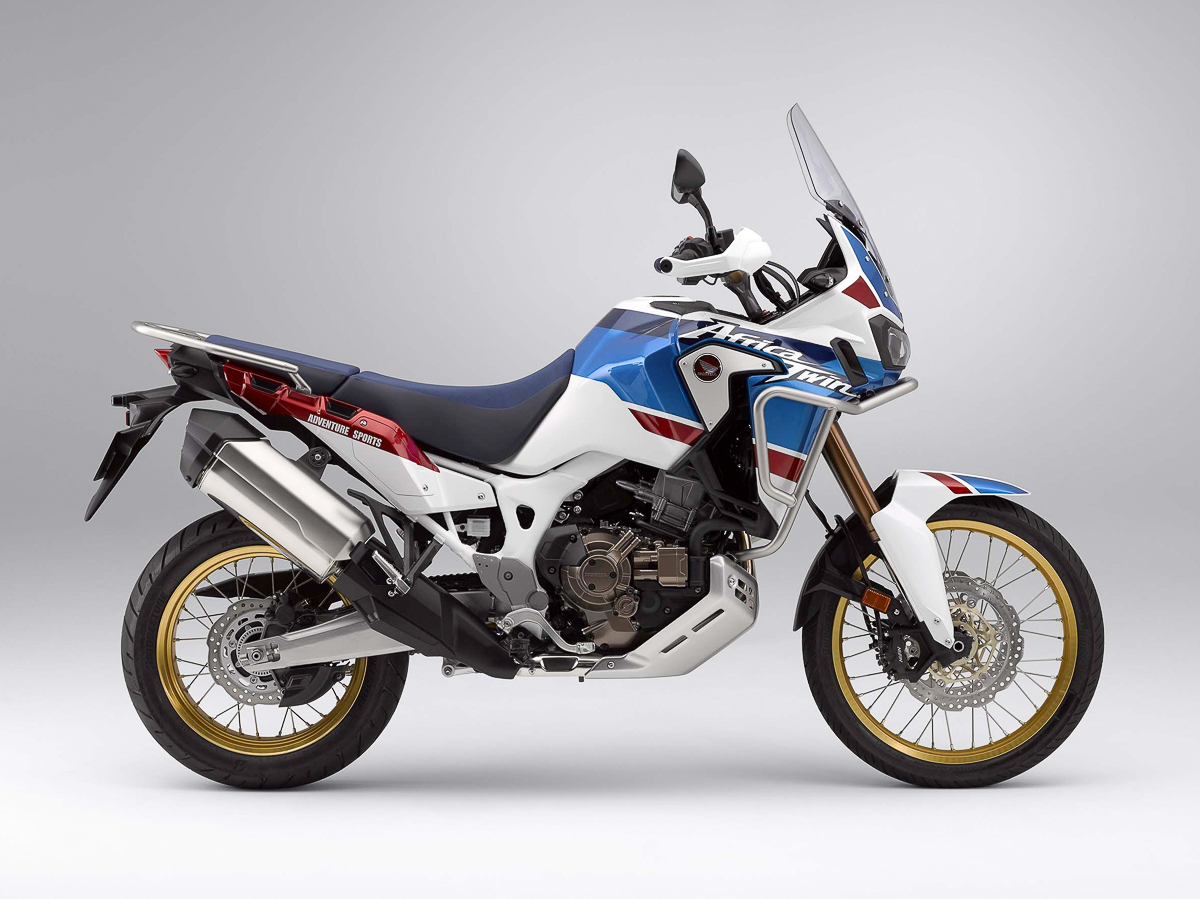 The bike was reincarnated in 2015 as a wholly different creature yet maintaining the bike’s emphasis on easy handling. Called the CRF1000L Africa Twin, but now a 270-degree cranked parallel-Twin instead of a V-Twin.  It produces 94 hp and 98 Nm of torque. It was offered with the standard 6-speed manual transmission or Honda’s own Dual Clutch Transmission II (DCT II). It was a modern bike through and through, featuring PGM-FI fuel injection, ABS, and traction control. 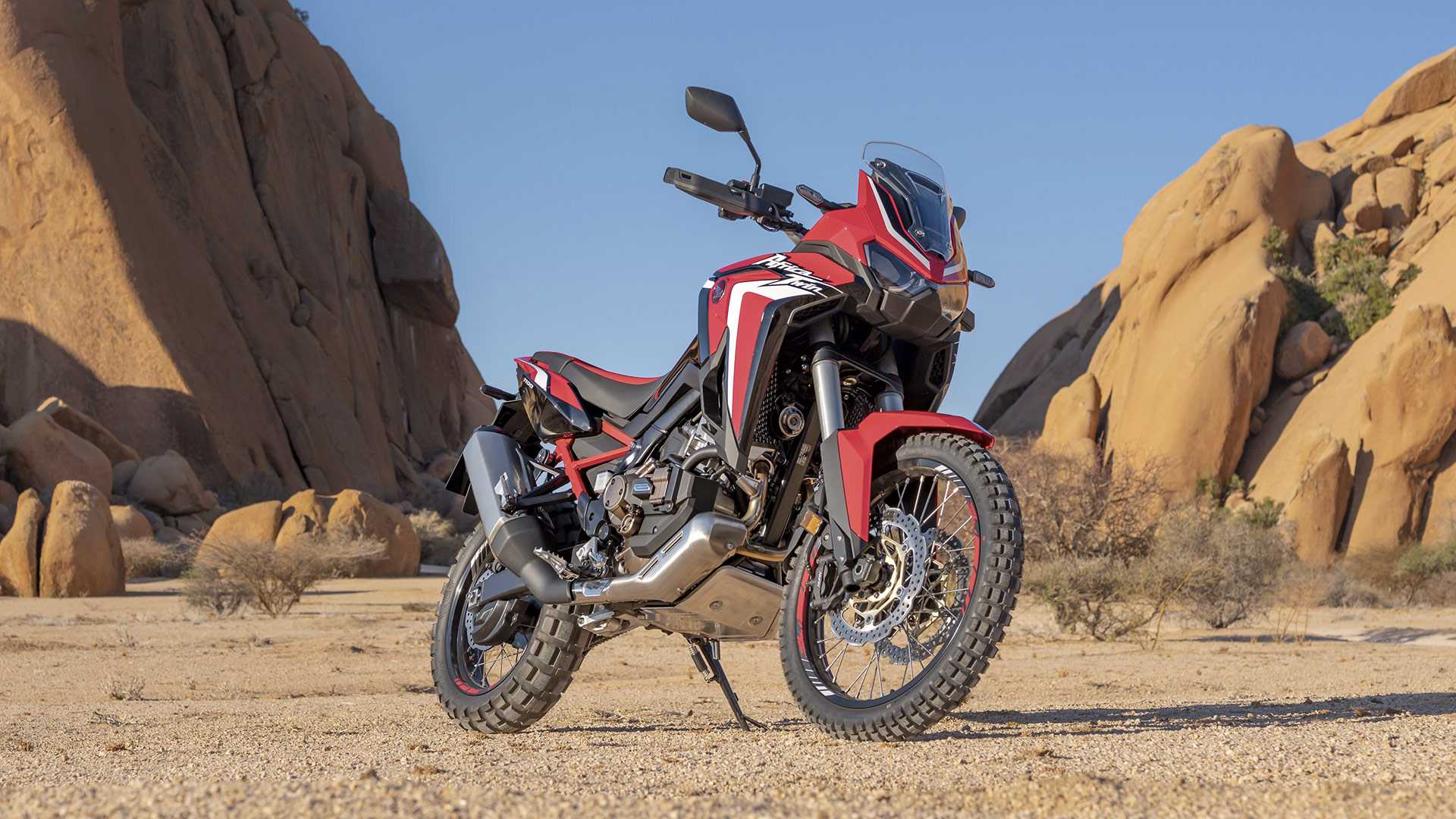 Finally, the CRF1100L was introduced for 2020 to cater for the Euro 5 emission standards. The bike is lighter and more powerful than before, with redesigned chassis and bodywork. 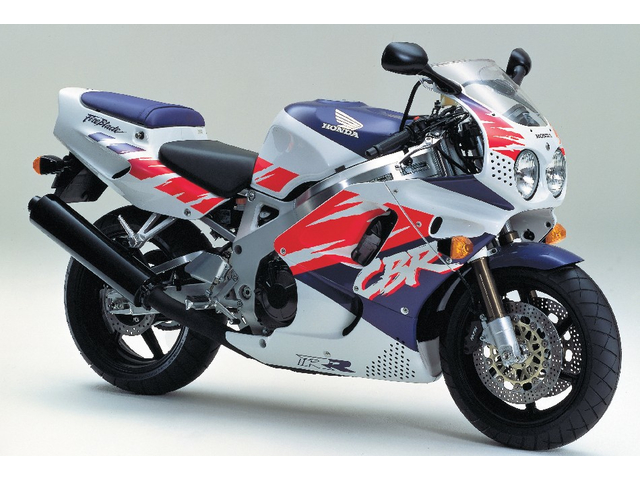 The CBR900RR Fireblade is one of the most important motorcycles in history and shows what happens when the manufacturer thinks outside the box.

Competition in the sportbike category had centred around 750cc bikes, as the Superbike World Championship was now a hotbed for four-stroke racebikes. Honda was knee-deep with developing a replacement for the RC30 which was starting to show its age.

But project leader Tadao Baba insisted that Honda in all her might should create something different. If they were to produce something powerful and light, the public will buy it, 750cc be damned. In fact, Honda already had a CBR750RR prototype at that point in time. First, they elongated the engine’s stroke and ended up with 893cc, thereby bridging the 750cc and 1000cc gap. It produced 122 hp and 88 Nm of torque.

Then with typical Japanese OCD, they pared away every bit of weight that’s non-essential. This resulted in a motorcycle that weighed only 185 kg, which was only 2 kg heavier than the company’s own CBR600F. The next lightest 1000cc sportbike, the Yamaha YZF1000 was a whole 34 kg heavier than the CBR900RR’s wet weight of 205 kg.

Baba was right, enthusiasts lapped up the CBR900RR (SC28) while the sales of other bikes fell at the wayside.

Each generation would see increase in power but Honda retained the easy handling characteristics of the original bike through to the 2019 CBR1000RR. This was one reason why the bike is so loved by fans. 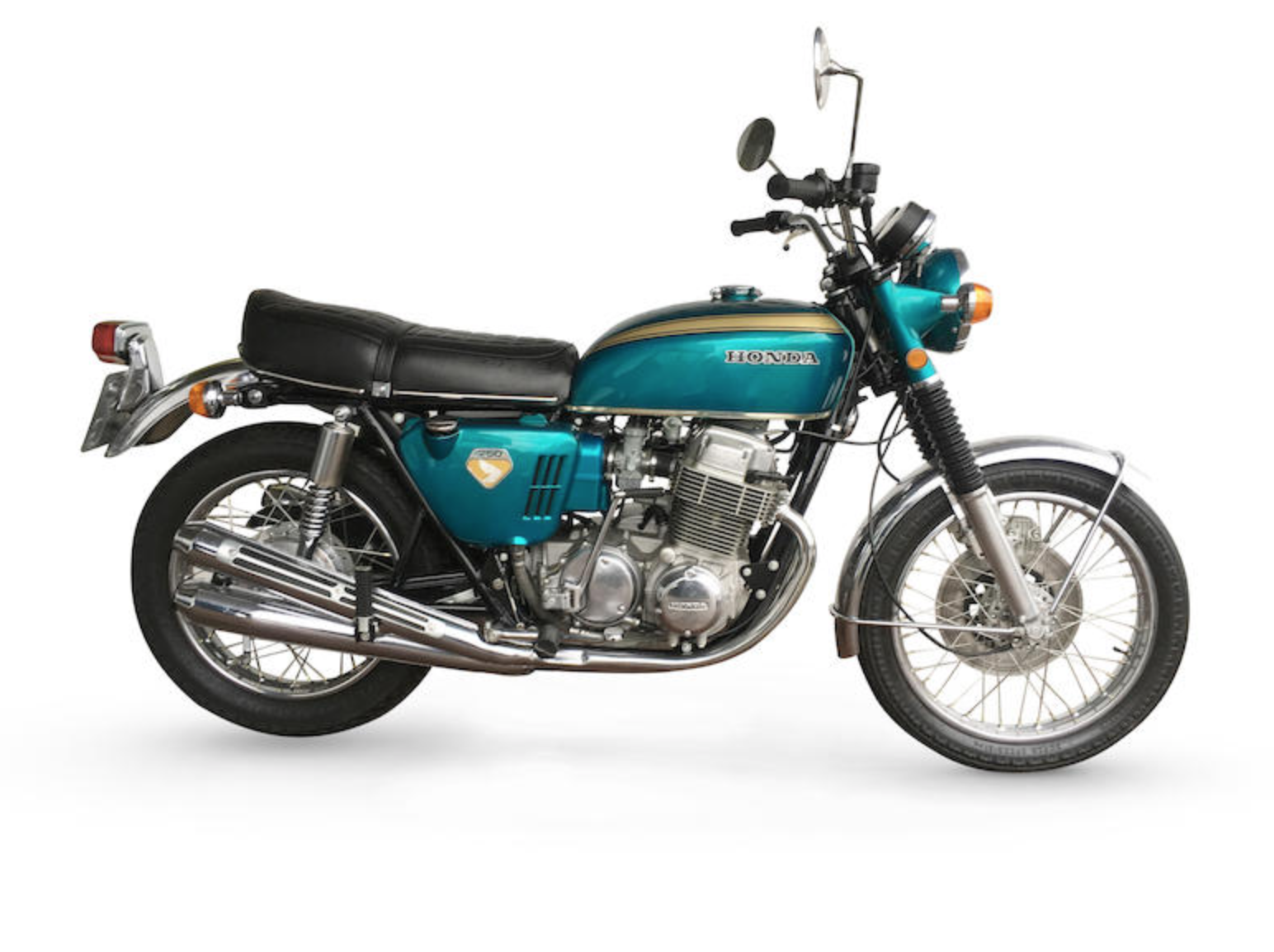 The overhead camshaft, inline-four engine format wasn’t new, as many manufacturers had used it in racebikes since the end of World War 2. But it’s the CB750 Four was the bike that popularized the inline-Four engine for production motorcycles. It’s also the first production bike to feature a disc brake.

Hence, it’s the first bike that called a “superbike.”

Sold at just US$ 1,495 when it made its debut in 1969, it’s markedly cheaper yet offered more performance and refinement over its American and British rivals.

It went through many revisions in its lifetime, including gaining a DOHC head in 1979 and hydraulic valves in 1991. Production went on for 38 years! 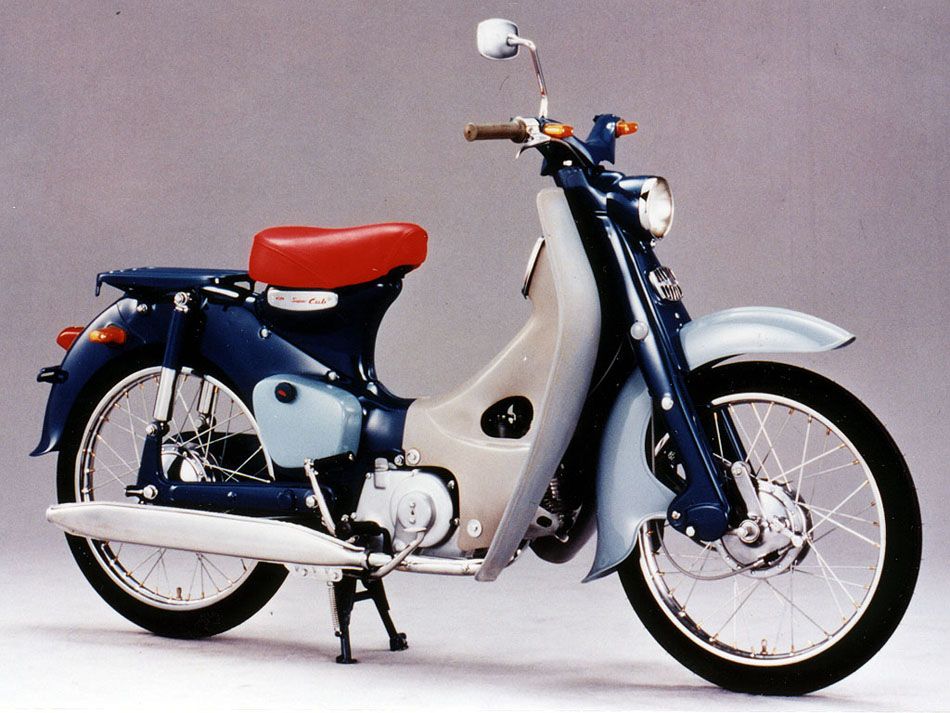 No other Honda deserves the No. 1 spot than the Cub. The company had sold 100 million Cubs from 1958 to 2017, and production is still ongoing in some countries.

From its humble beginning as a 50cc, air-cooled, single-cylinder bike, Honda kept the bike just as humble without pretending to be something else other than a mightily affordable and simple machine. Both these principles went hand-in-hand to ensure low maintenance and high reliability. A common person with just a little more mechanical knowledge could fix the bike, or at least to keep it running. While superbikers fret over which synthetic engine oil and petrol are best, the Cub chugged along with cooking oil and kerosene. 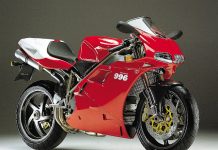