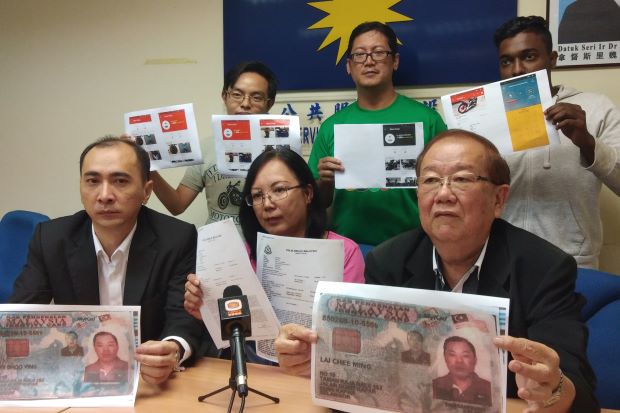 There’s a saying that “if it’s too good to be true, then it probably is.” But it’s human instinct to latch on to “irresistible deals,” isn’t it? That was how a teenager was scammed when he tried to purchase a motorcycle online.

19-year-old Arvin Veerasegaran had saved the money for the last three months by working part-time at a hotel. He had wanted a motorcycle for his daily conveyance.

The seller even presented his identification card as proof, which prompted Arvin to transfer the full amount of RM 3,000. The scammer then told him to visit the shop to pick up his bike the next day.

The operator of KS Wong Motor had lodged a police report as far back as August 4th2018, after discovering that scammers had used her shop’s name. They were shocked again when Arvin presented an invoice bearing their shop’s name on April 19th.

But Arvin wasn’t the only person who visited the shop to pick up his bike. There was another person who had wanted to pick up a Yamaha NVX on the same day. Four people have visited her shop and another 20 called for their bikes thus far.

It was also revealed that the seller had used a fake identity to open a bank account.

So, be careful of who you purchase your bike from. Best way is to ask to physically view the bike together with the seller.