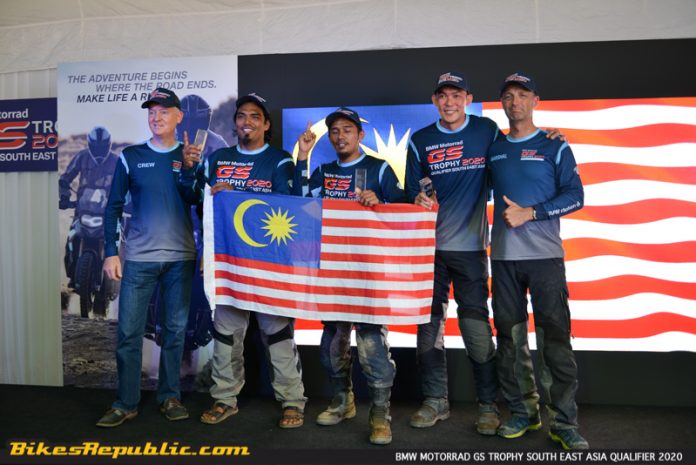 Mohd. Zulfakar, Chan Kiang Wei and Norizuan Abdullah had come out tops during the Malaysian qualifier round on the previous day. They beat out a field of more than forty riders which includes some of the most experienced and talented off-road riders on various BMW GS models. 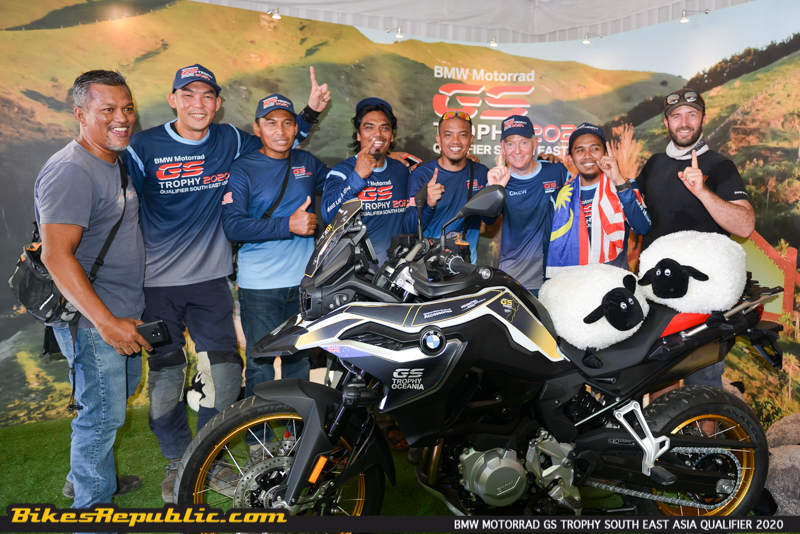 The three riders became Team Malaysia. Thailand now has their own team.

The South East Asia slot has been revised for the upcoming even. Instead of having three different riders of nationalities in one team, the region will be represented by a team of riders from a single country. 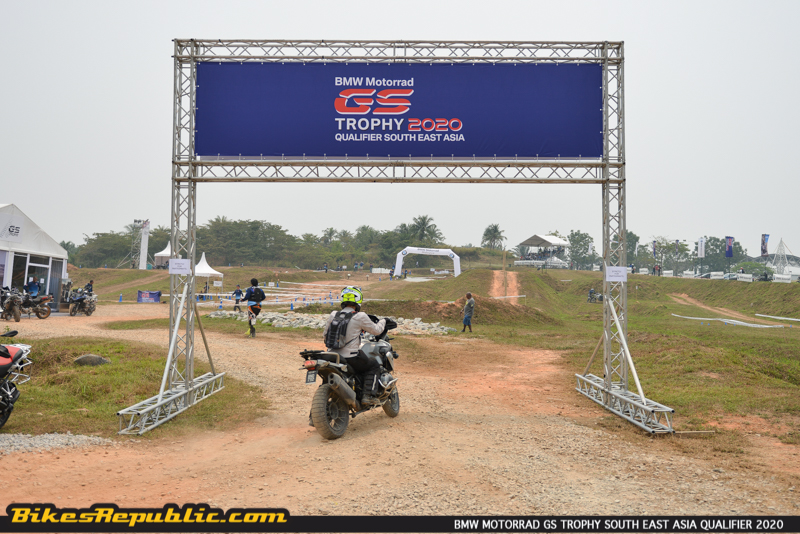 Hence, Team Malaysia had to compete against the teams from Indonesia, the Philippines Taiwan, Singapore and Vietnam in today’s SEA Qualifiers. 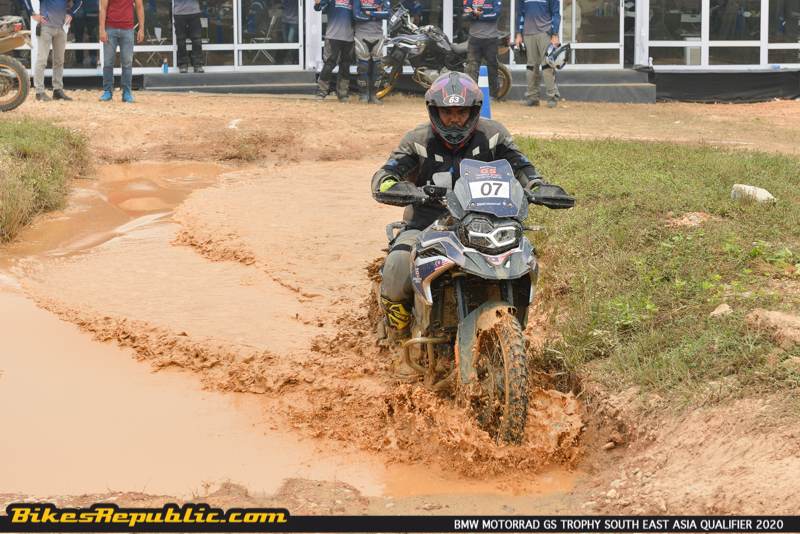 As with the previous GS Trophy qualifications, the organizer set up many different types of challenges, trials and tasks for the riders. While some of these challenges appear pointless to the casual observer, they varied in terms of difficulty and speed to test the riders’ skills and proficiency in overcoming them. That said, the GS Trophy is never about speed, and instead focuses on rider skill, his understanding and control of the machine, being calm under pressure, ability to adjust to different situations, besides physical and mental toughness. 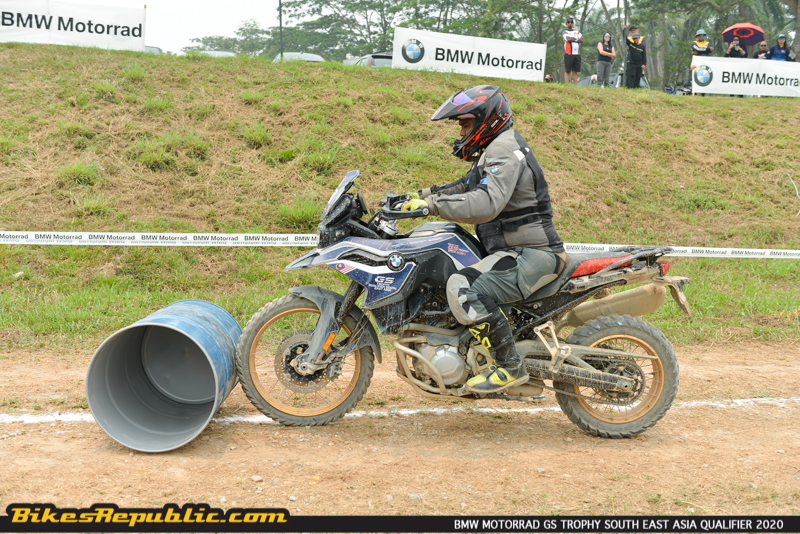 The most memorable tasks were pushing a gym ball with a rake while the rider controls only the clutch; transferring as much water as possible from one point to another; a slalom around wooden blocks (topped with plushie sheep) while riding up and down slopes; 180o zig-zags (the ground underneath the tyres had different characteristic); coming down a slope while transferring motorcycle tyres from one pole to another; and a deep water crossing. 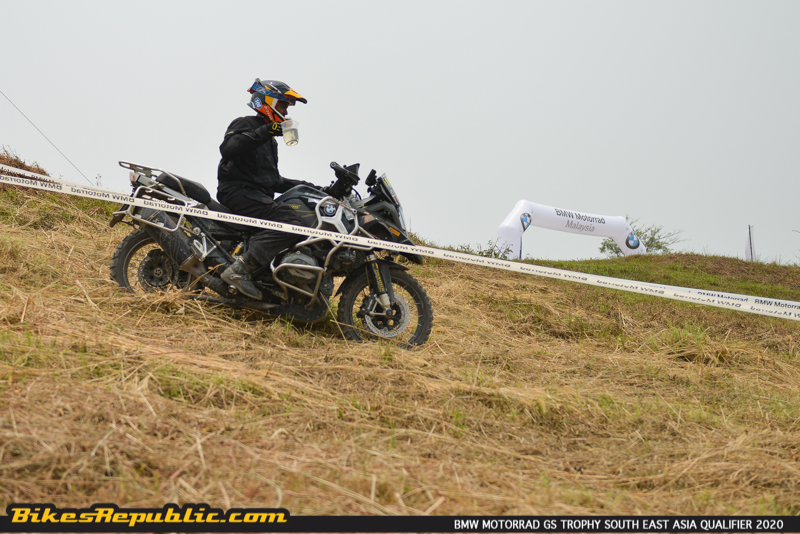 To keep things fair, the organizer altered the tasks and course. Therefore, the Malaysian riders has to perform all-new tasks today together with the other teams. 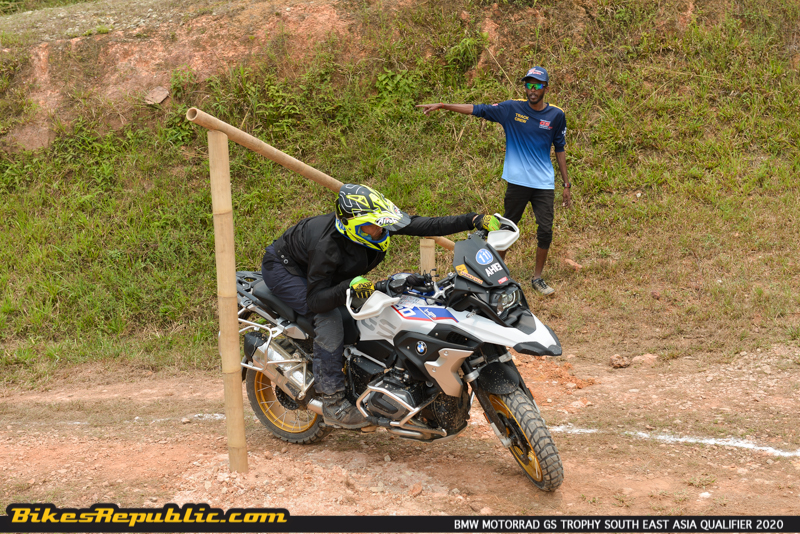 Each team was required to perform team tasks as one unit, as well as being sent out as solo riders. The points were later combined. 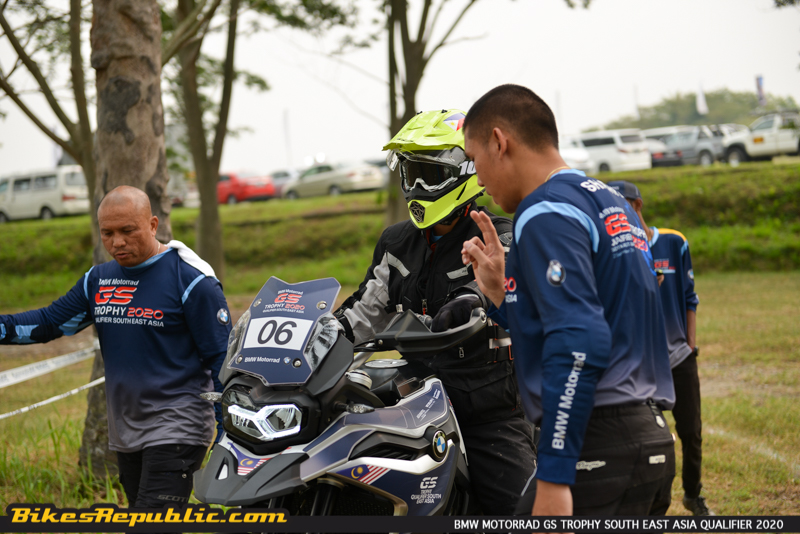 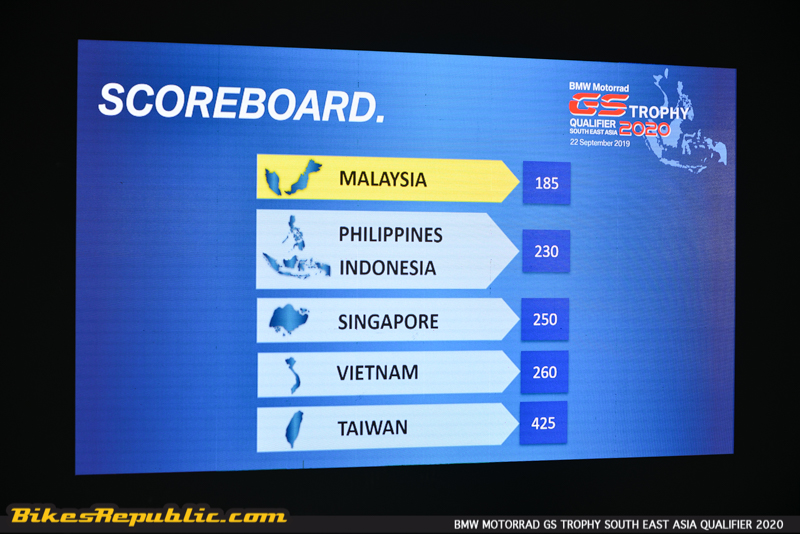 The day started out with the Indonesian, Philippines and Vietnam teams putting in some solid riding and teamwork. As the GS Trophy becomes more and more famous and popular, the riders trained hard. 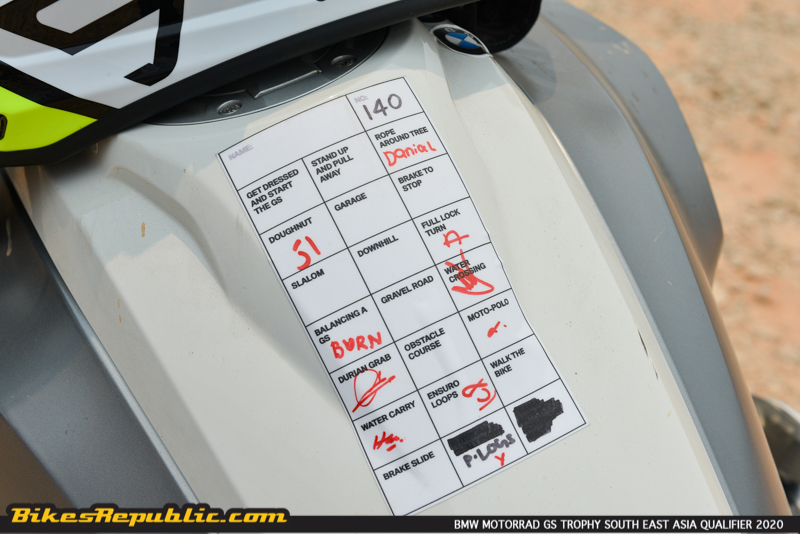 But as the day wore on, the Malaysian riders started to edge ahead. 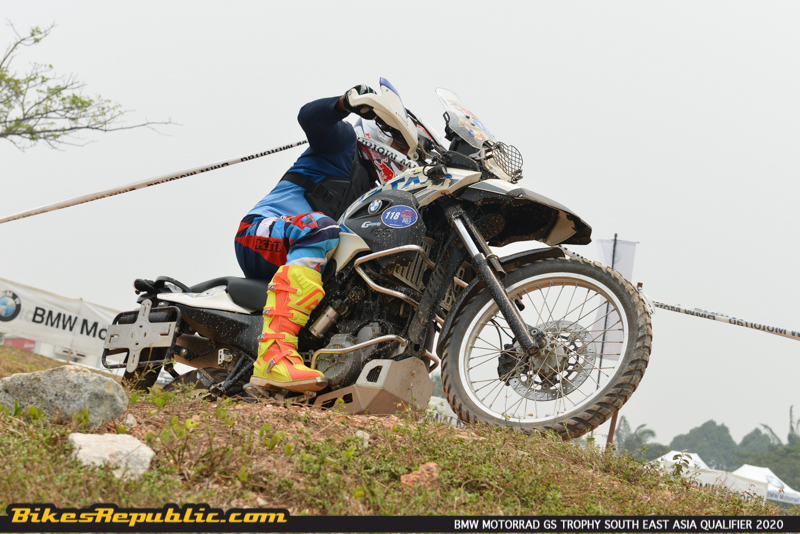 In the end, Team Malaysia came out tops by scoring 185 points, ahead of Indonesia and the Philippines who tied for second with 230 points each. 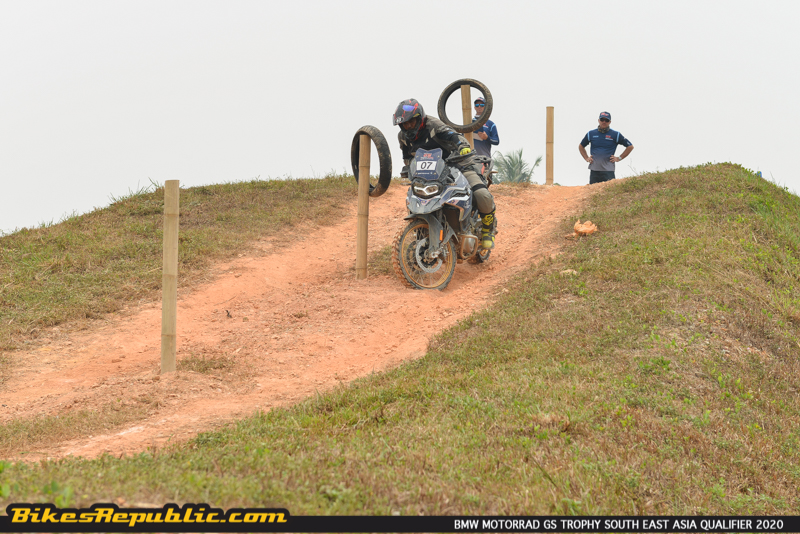 Moving forward, the team members will now train together to build a coherent unit. 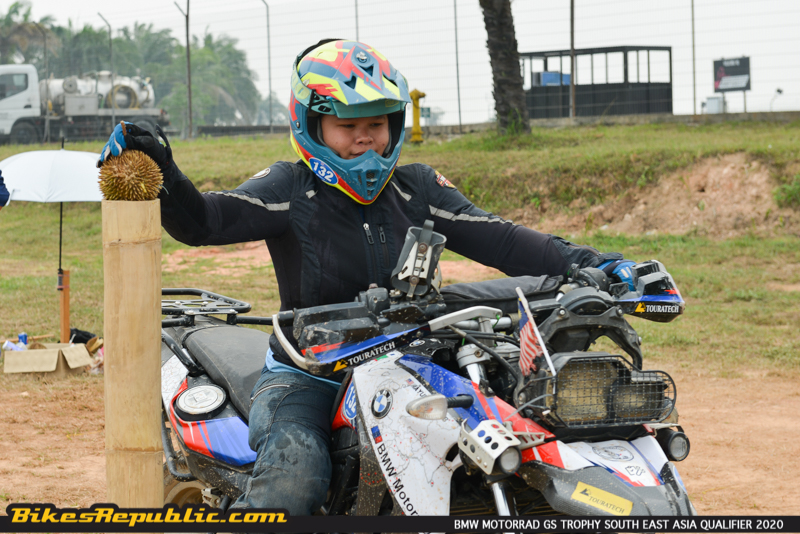 We hope to bring you continuous updates when the event kicks off in New Zealand, so stay tuned. 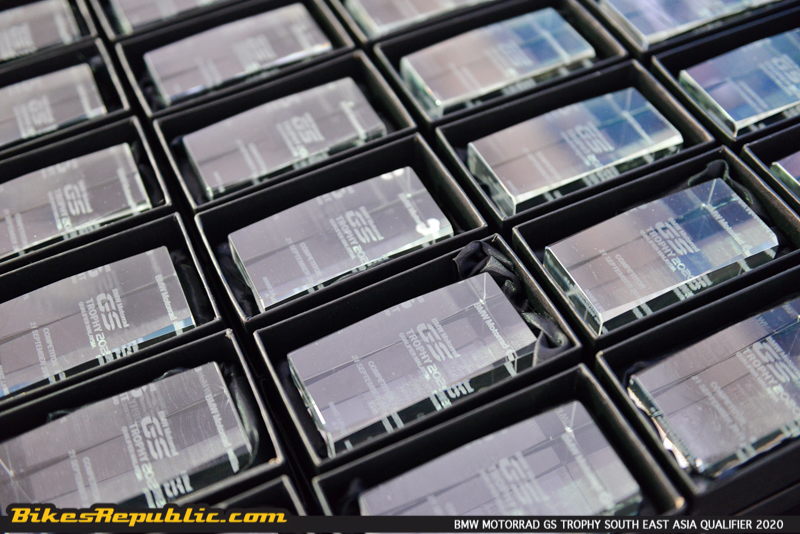