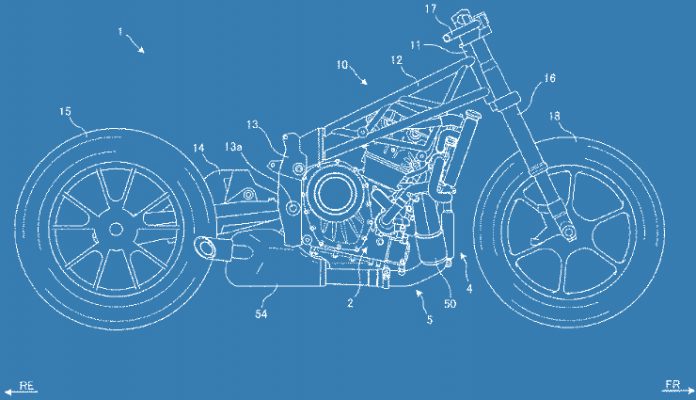 Remember that Suzuki Recursion concept bike from 2013? It featured a turbocharged 588cc parallel-Twin engine. New blueprints show that the Suzuki turbocharged bike is still in the works.

Suzuki then showed off the XE7 turbocharged engine at the 2015 Tokyo Motor Show; replacing the SOHC with a DOHC head.

Anyway, there are new blueprints leaked online recently that shows the engine and turbocharger’s arrangements, so let’s take a look at them. 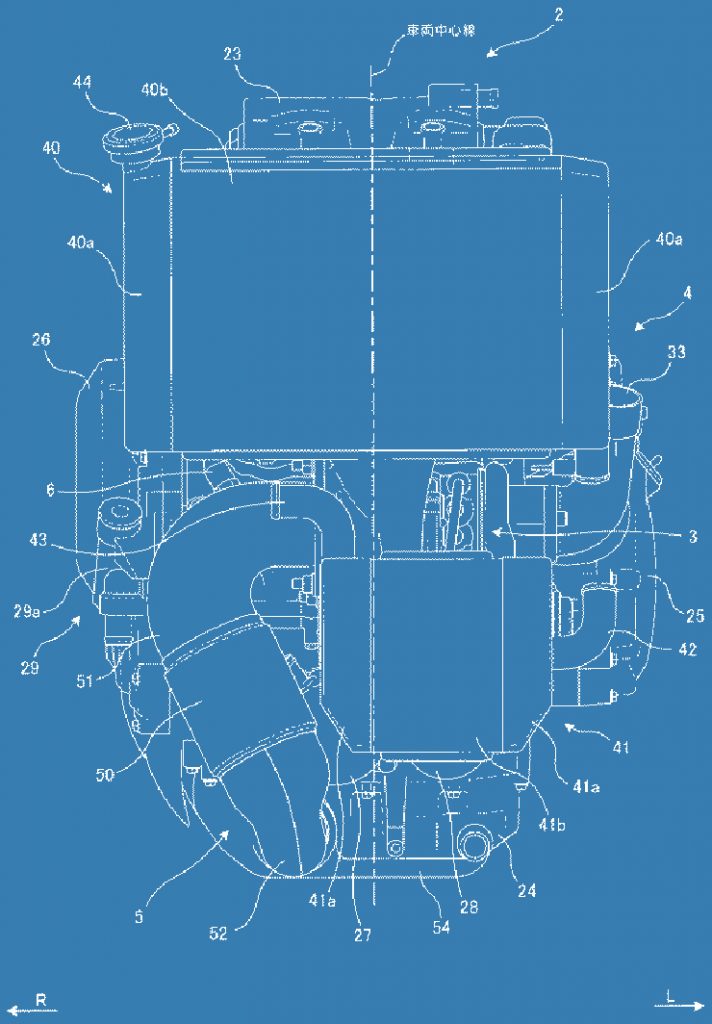 We noticed the placement of the catalytic convertor (numbered as “50”) is different from normally aspirated bikes since it’s sitting way up right next to the exhaust headers.

Turbocharged engines produce much more heat hence needs bigger radiators. A look from the front sees the top (40) and bottom (41) radiators. They are split in two to provide space for the cat. The turbocharger (3) just peeks through in between the two coolers (radiators). 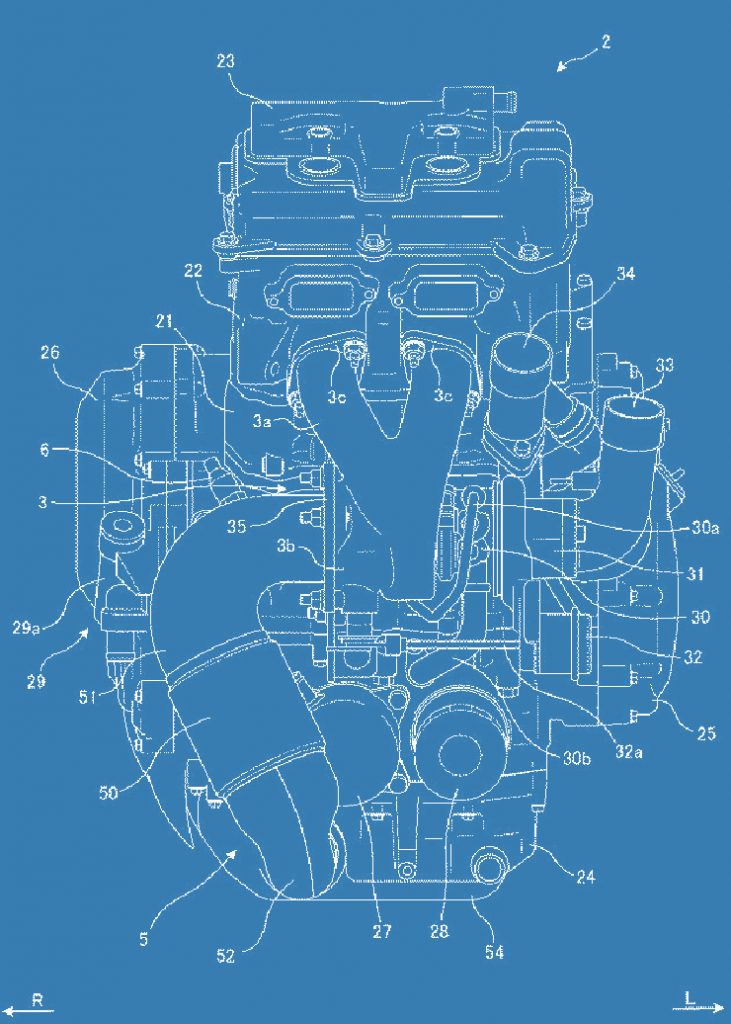 The third blueprint strips away the radiators and gives a better view of the turbo’s arrangement. “33” is the air intake pipe, while “34” is the high-pressure pipe which routes the high pressure air from the turbo’s compressor to the intercooler, which then links to the throttle bodies.

You can see that the turbo mounts very closely to the exhaust headers. This has the exhaust gasses travelling only a short distance into the turbo’s turbine to reduce lag.

The blueprints do show a complete engine but whether it goes into production is another thing altogether. Seven years (counting 2020) is a long time but it also shows just how difficult it is to develop an entirely new engine what more with a turbo which isn’t exactly a well-developed technology for bikes.

For the record, Suzuki did introduce a turbo bike called the XN85 in 1983. The 673cc engine produced 85 bhp (hence its name), showing that a turbocharged engine makes higher specific power output. But turbo bikes of the era were plagued with lag and reliability issues and they went the way of disco music (i.e. died out).

You can read about the Suzuki XN85 and other turbo bikes here: Forced-Induction Production Motorcycles

Current age electronics, technology, engineering and materials may just overcome the previous problems. It looks like Suzuki is pining great hopes on this bike — as evidenced by the long developmental time — and do not want to screw up.