Suzuki is currently working on helmet development technology that will enable riders to receive vital information related to their motorcycle or journey via a heads-up display unit. As this is a great potential in the future of motorcycling, more and more major bike manufacturers are getting involved in this high-tech wizardry.

To most riders, being able to receive vital information on the fly displayed within their helmets sounds incredible. Information such as speed, navigation and even answering phone calls while riding in theory would be much safer as the rider won’t need to stray their vision away from the road to look down at the equipment.

Suzuki plans to do all of the above with plans to take it even further by substituting the motorcycle’s side mirrors with a display feeding live images from a rear-mounted camera within the helmet itself. This means that if the system is successful, it’ll be one less thing for the rider to worry about when there’s a need to overtake or switch lanes.

Now, we all know that there’s a possibility of the rear view video feed to be too overwhelming for the rider especially when they need to concentrate going at highway speeds. The jitters and shakes from the camera can be a major distraction which is why Suzuki came up with another ingenious yet simple solution; by putting the camera on a gimbal that stabilizes images and also extend the rider’s field of vision to greater lengths.

There is however a risk of the system not being widely accepted by the masses just yet and other affecting factors. A perfect example would be Skully Helmets who provided such helmets for purchase but later closed its doors due to internal problems and politics. 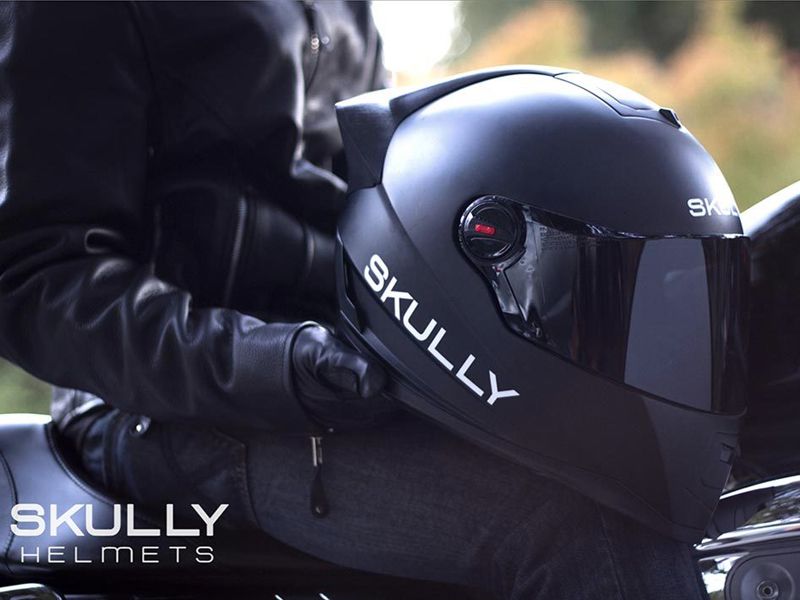 There are a lot kinks and progress that need to be worked on. Even BMW Motorrad and KTM who have started much earlier are still in the midst of prototyping. From what we can see, the future of motorcycling requires high-tech progress in order for it to thrive which can only be done with futuristic high-tech wizardry such as the HUD display system.

CLICK HERE to read up on KTM’s version of the heads-up display helmet.