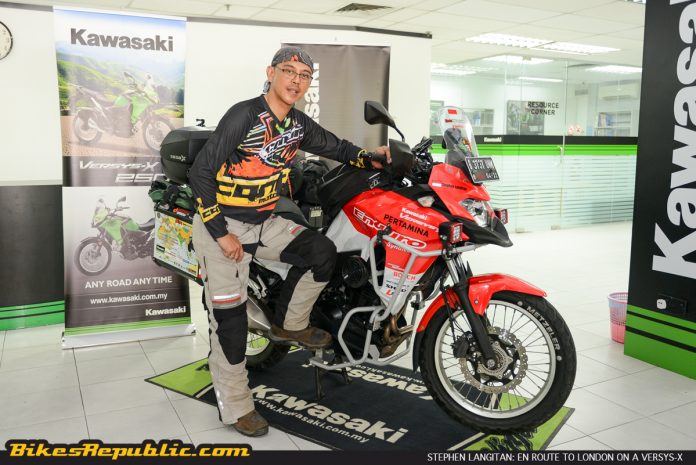 Inspired by those before, Stephen Langitan decided to see the world on a motorcycle, and his chosen steed is the Kawasaki Versys-X 250. 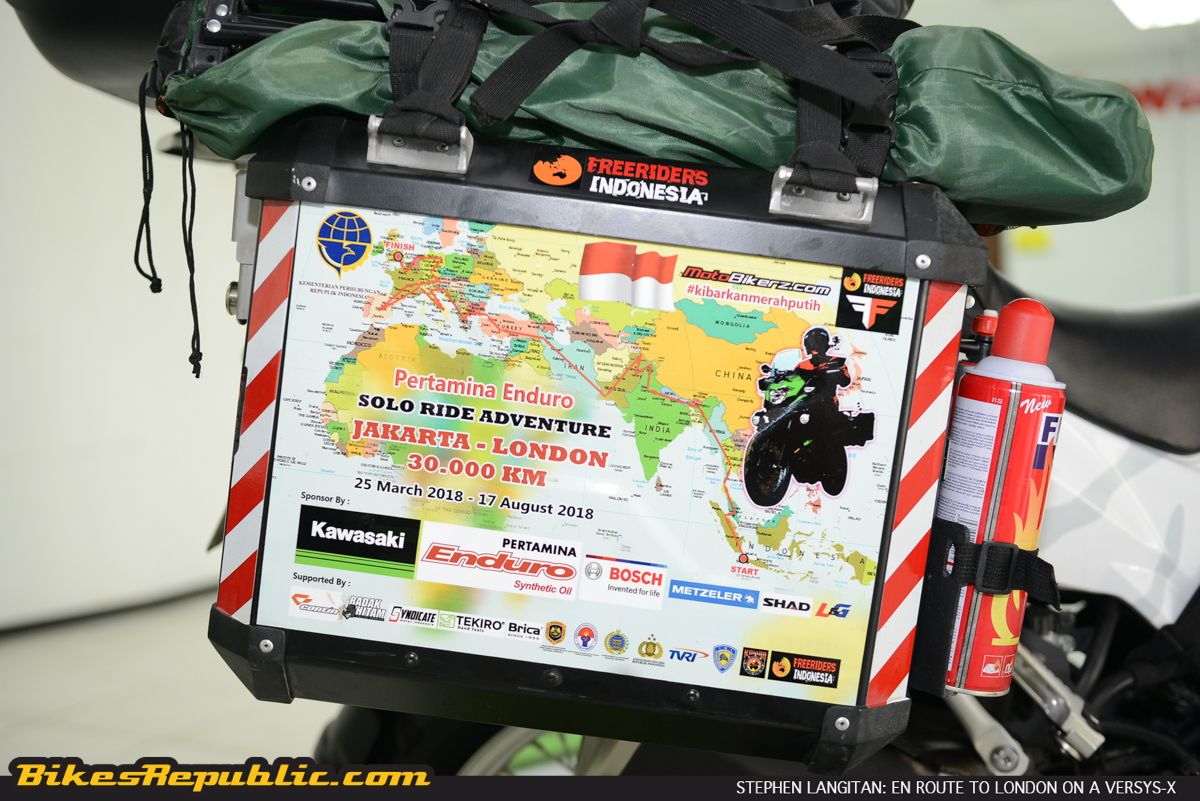 Stephen had started out from Jakarta on 25th March 2018, rode through south Sumatra to Medan before hopping over to Kuala Lumpur, Malaysia. From here, he will travel north first to Thailand and then continuing on a north-westerly tack towards Europe and ultimately London. He expects to reach the UK’s capital by 17th August 2018 to commemorate Indonesia’s Independence Day there. 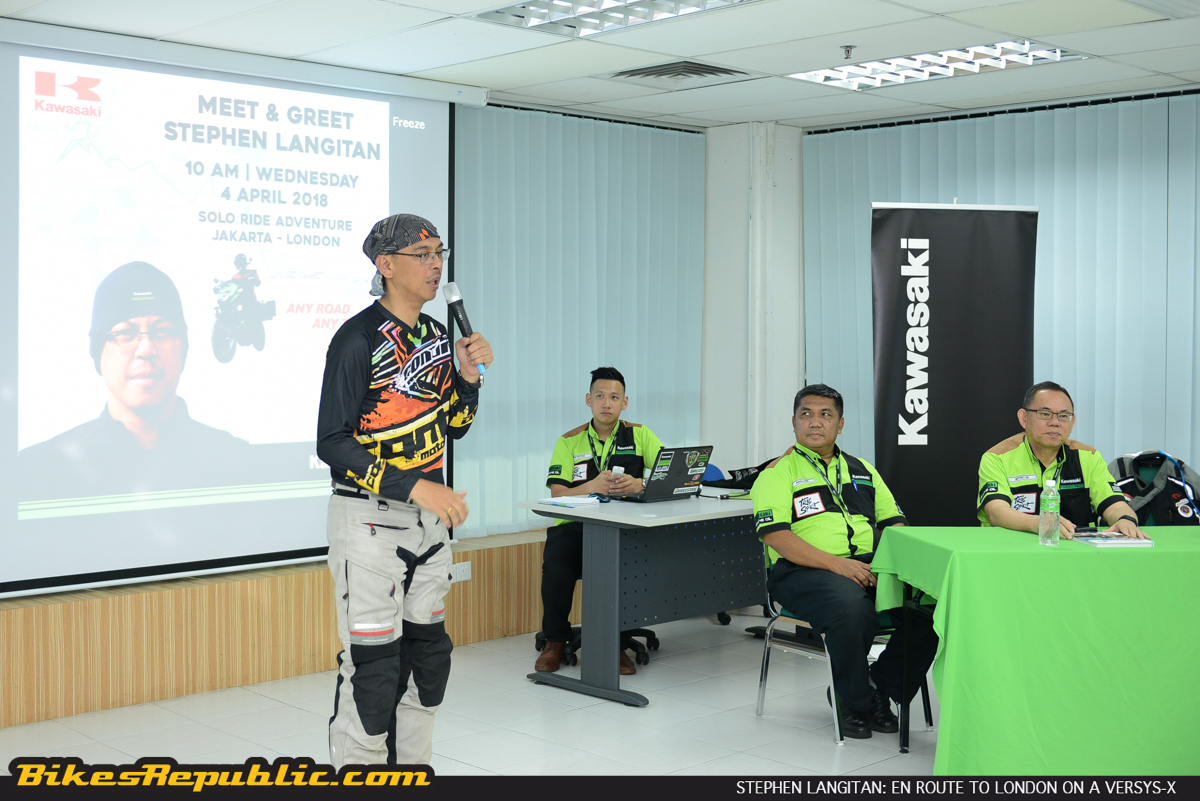 Stephen was invited to Kawasaki Motors (Malaysia) for a Meet & Greet session with the Versys-X club members and media, to share his views, experience and knowledge on his solo ride. 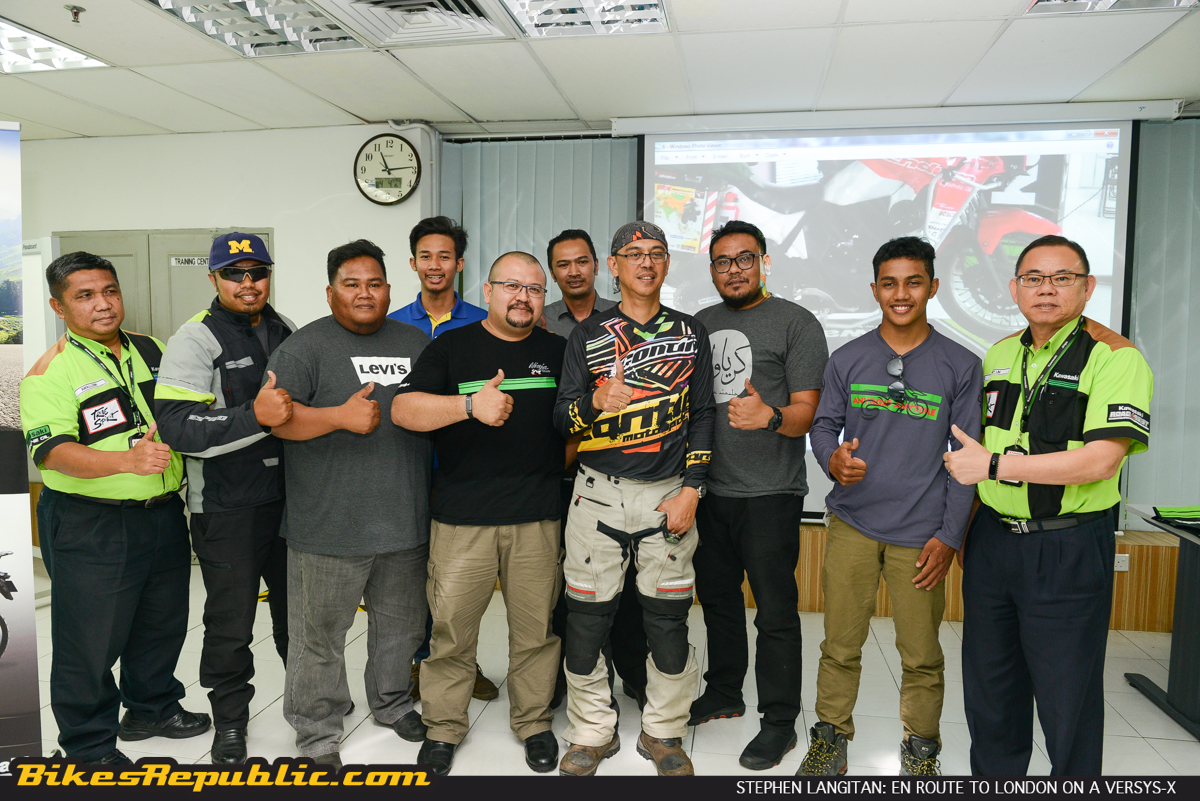 What spurred him to embark on this ambitious ride? “I wanted to prove to myself that I could do it. I also wanted to fly the Indonesian flag all the way throughout the trip, that’s why my bike is painted in the red and white Indonesian flag.” 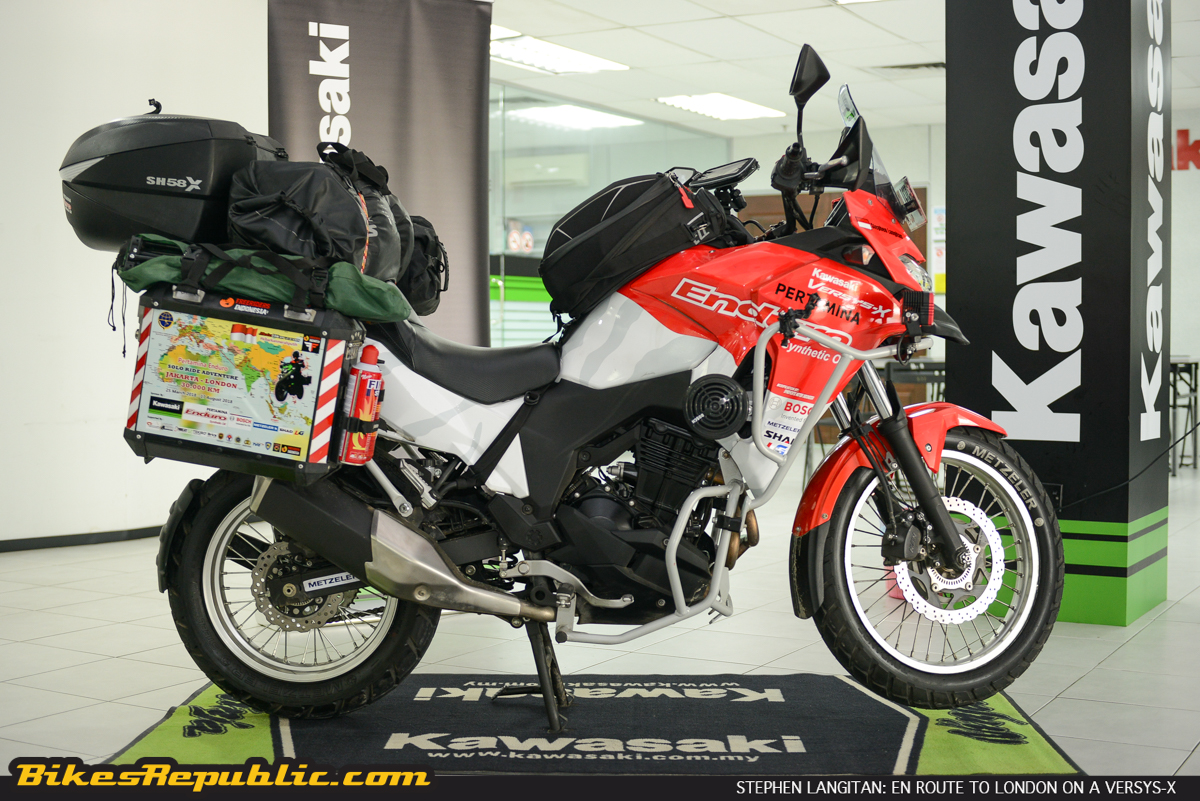 The conversing point on everyone’s lips was Stephen’s choice of bike, the Versys-X 250. We’ve written before that it is one of the best choice for an adventure bike (click here for the article), on account of its affordability, reliability and light weight. It turned out to be the same sentiments echoed by Stephen: “The main reason is because it’s light. One must always be prepared about dropping the bike when adventure riding and the Versys-X 250 is light enough for me to lift it back up by myself. Sure, you could ask for help, but what if I dropped it where there’s no one around? All I need to do is remove the tank bag, sleeping bag, and other luggage and get it back onto its wheels.” 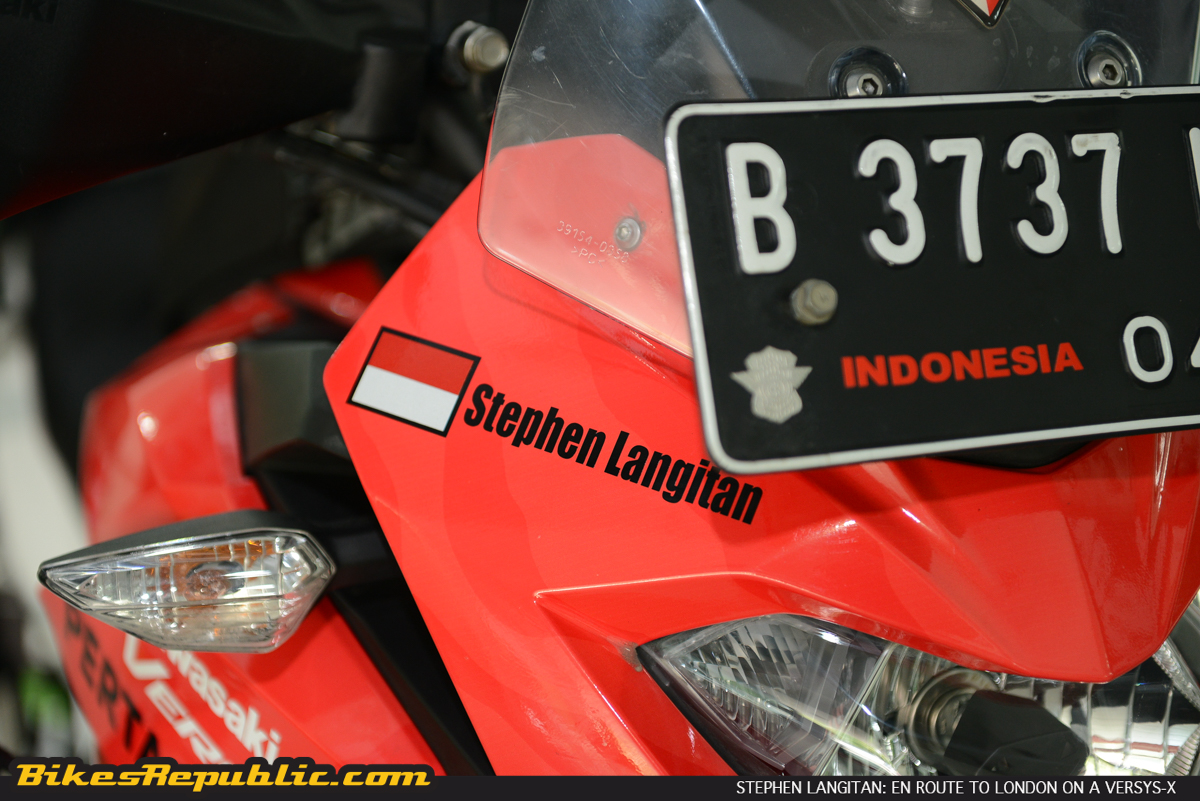 “The second reason is of course fuel economy. I don’t ride fast – normally around 80 to 90 km/h. The Versys-X averages approximately 30 kilometres per litre of petrol at that pace, hence I could touch up to 450 kilometres per tank, through multiplying 30 km by 15 litres with 2 litres as reserve.” 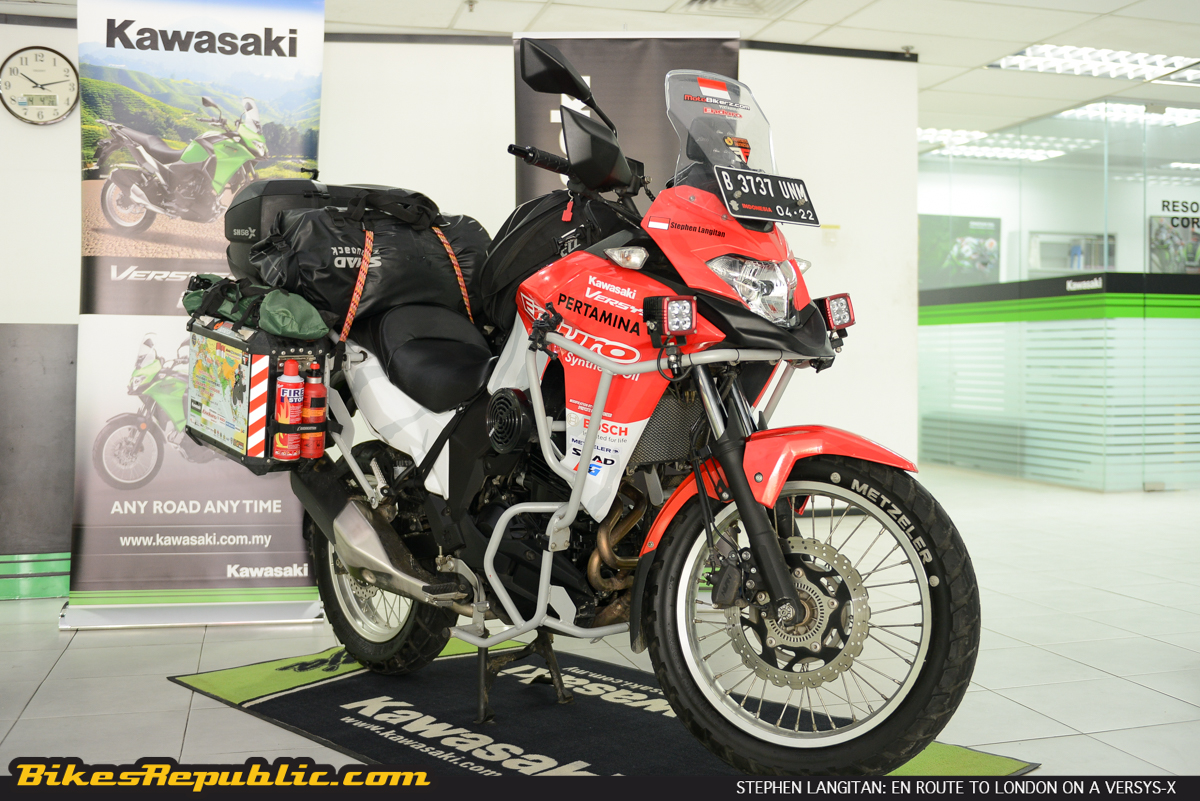 “I have a very tight schedule due to Visa constraints through a number of the 26 countries I’m riding through, and that’s is why I cannot afford to stop too often, unless I feel sleepy and need to refresh myself,” Stephen explained. 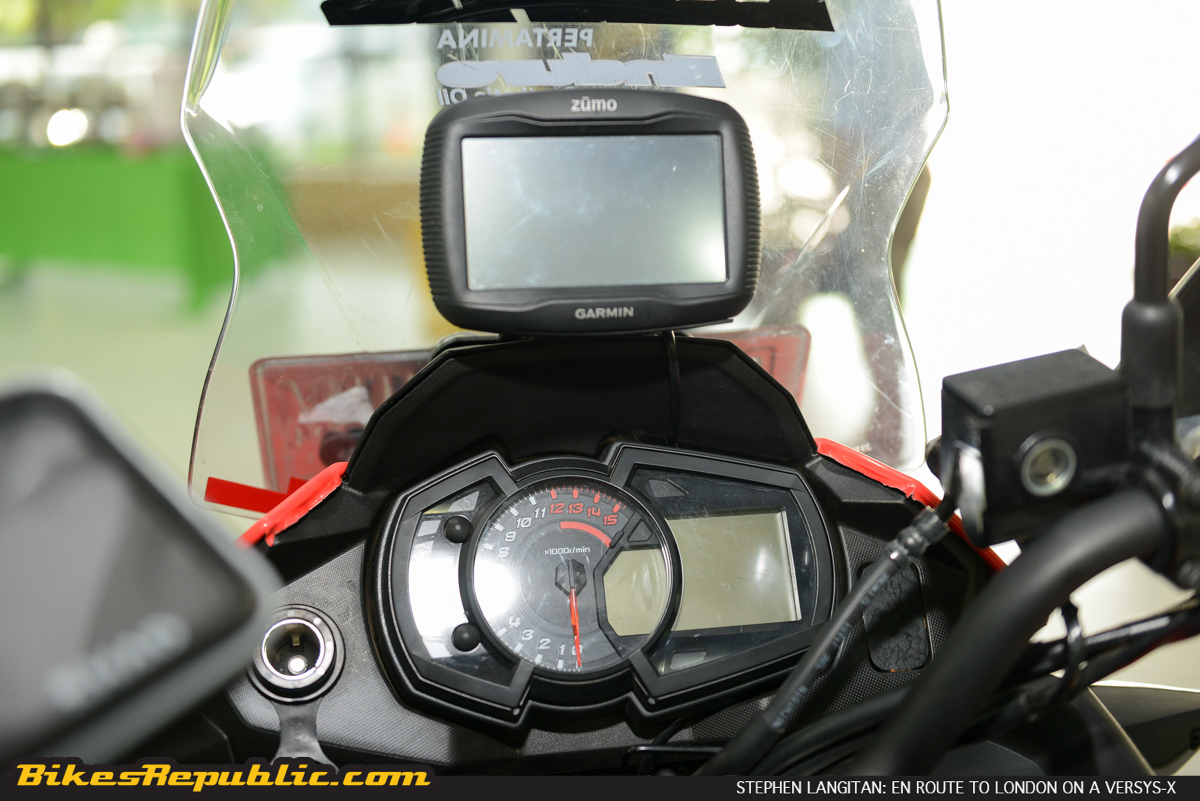 His Versys-X is decked out in luggage and the aforementioned paintjob, besides a few accessories. We asked if it had been modified in any way. “No, the motorcycle is fully stock. I’ve only added accessories such as the engine protection bars, brackets for the panniers and top case, a GPS holder, high-powered spotlights, except for the stock rims which have been made to support tubeless Metzeler Tourance tyres.” 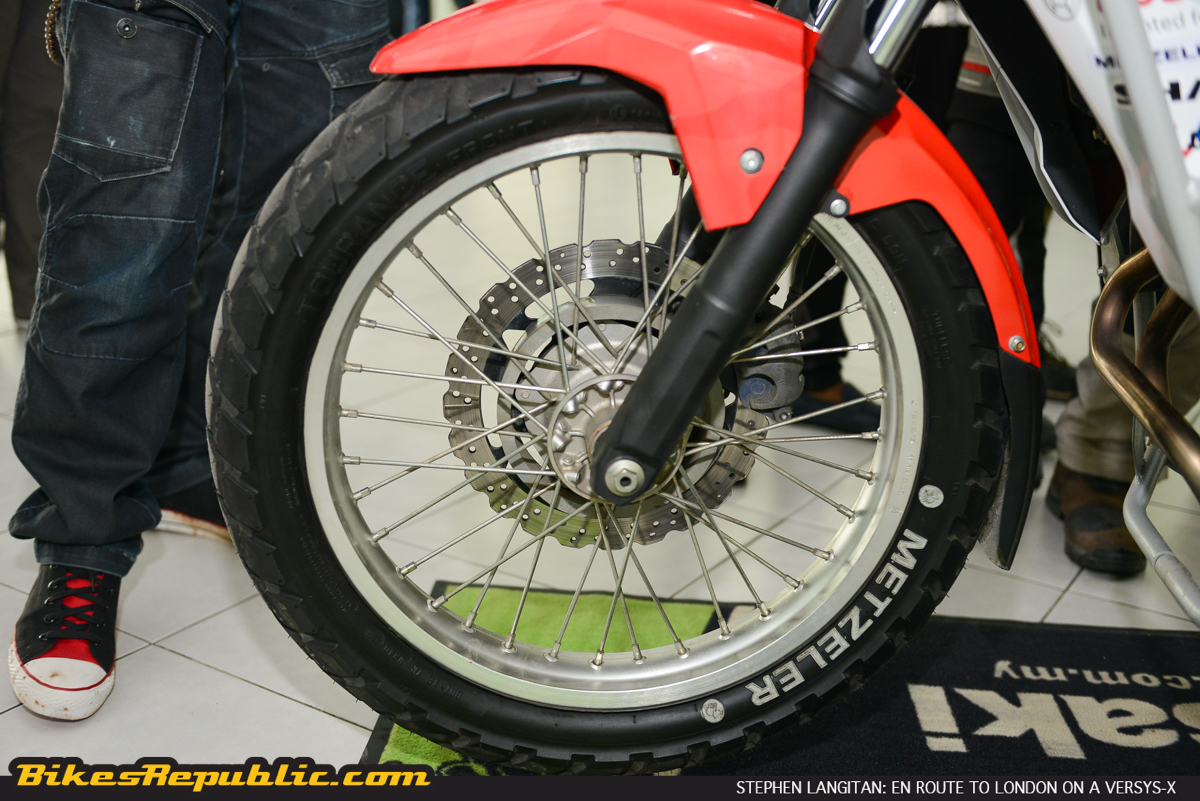 “As for challenges so far, I think I’ve travelled on the worst roads through southern Sumatra already. The roads ahead should be well-built and I hope for a smooth ride.” 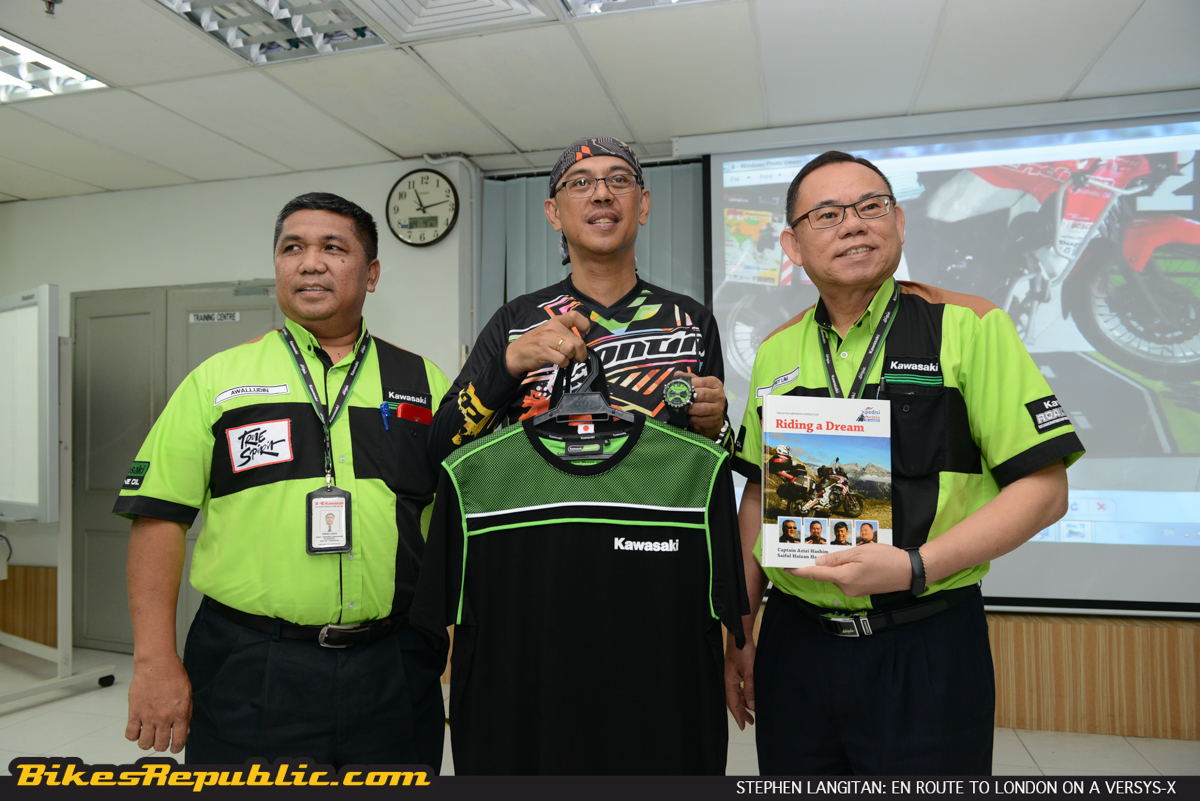 You may follow Stephen Langitan’s further progress on his Kawasaki Versys-X 250 on his blog http://stephenlangitan.com/archives/115906.