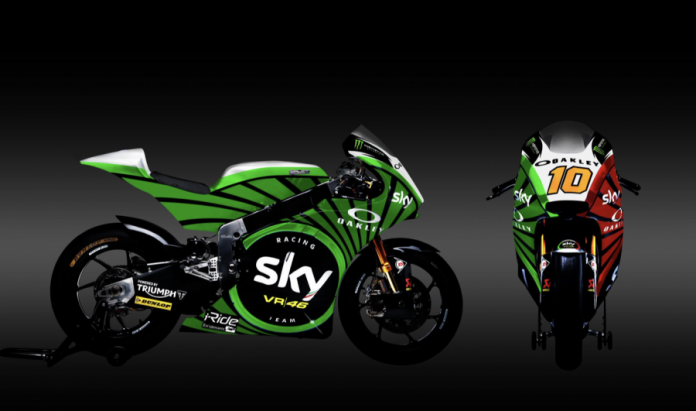 Fans of Valentino Rossi know that the flamboyant racer and multiple world champion will spring a surprise new helmet design when MotoGP reaches Mugello. But this time, there’s also a special livery for his VR46 Moto2 team.

The one-off livery consists of green, white and red colours as per the Italian tricolore flag, to mark the team’s home round. Rider Luca Marini has been riding with the blue and black Sky VR46 livery thus far, so we wonder if his leathers will match the special paint scheme.

Marini is the maternal half-brother of Valentino Rossi. He is currently lying in 9th in the Moto2 championship this year and has yet to score a podium finish. Contrastingly, he finished five times on the podium including one win at the Malaysian round at the Sepang International Circuit.

His teammate in 2018 was Francesco Bagnaia who won eight races besides finishing each one of them on his way to being crowned the Moto2 champion. Bagnaia has moved up to MotoGP this year, riding for Alma Pramac Racing and partnering Jack Miller on the Ducati Desmosedici.