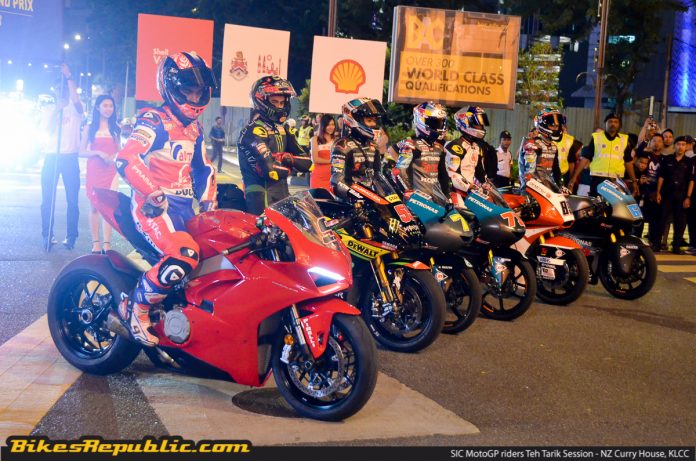 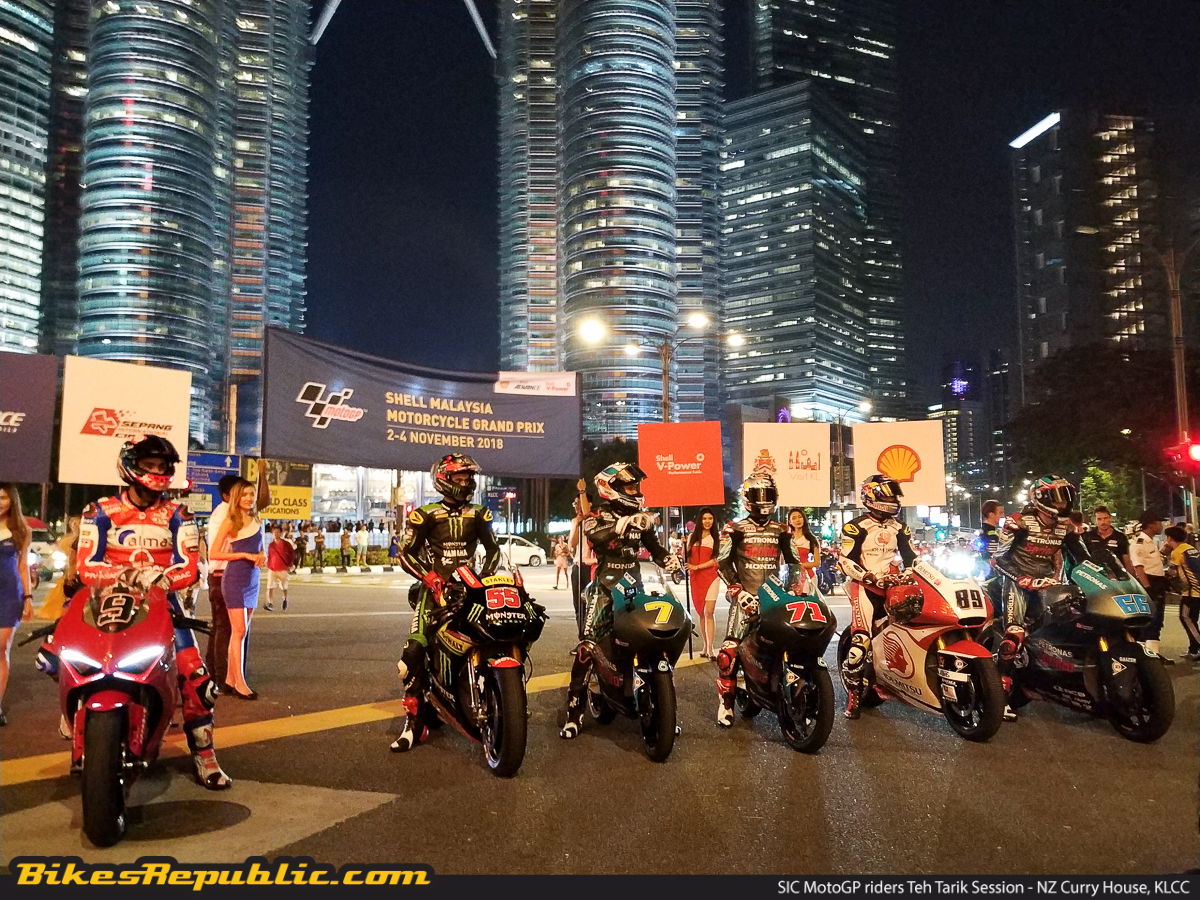 It’s MotoGP week here in Malaysia and as we head towards the grand weekend of the 2018 Shell Malaysia MotoGP championship round, the good folks from SIC (Sepang International Circuit) organised a very special ‘Teh Tarik Session’ with the national MotoGP riders and a very special appearance from Alma Pramac Racing (and future Ducati factory rider), Danilo Petrucci. 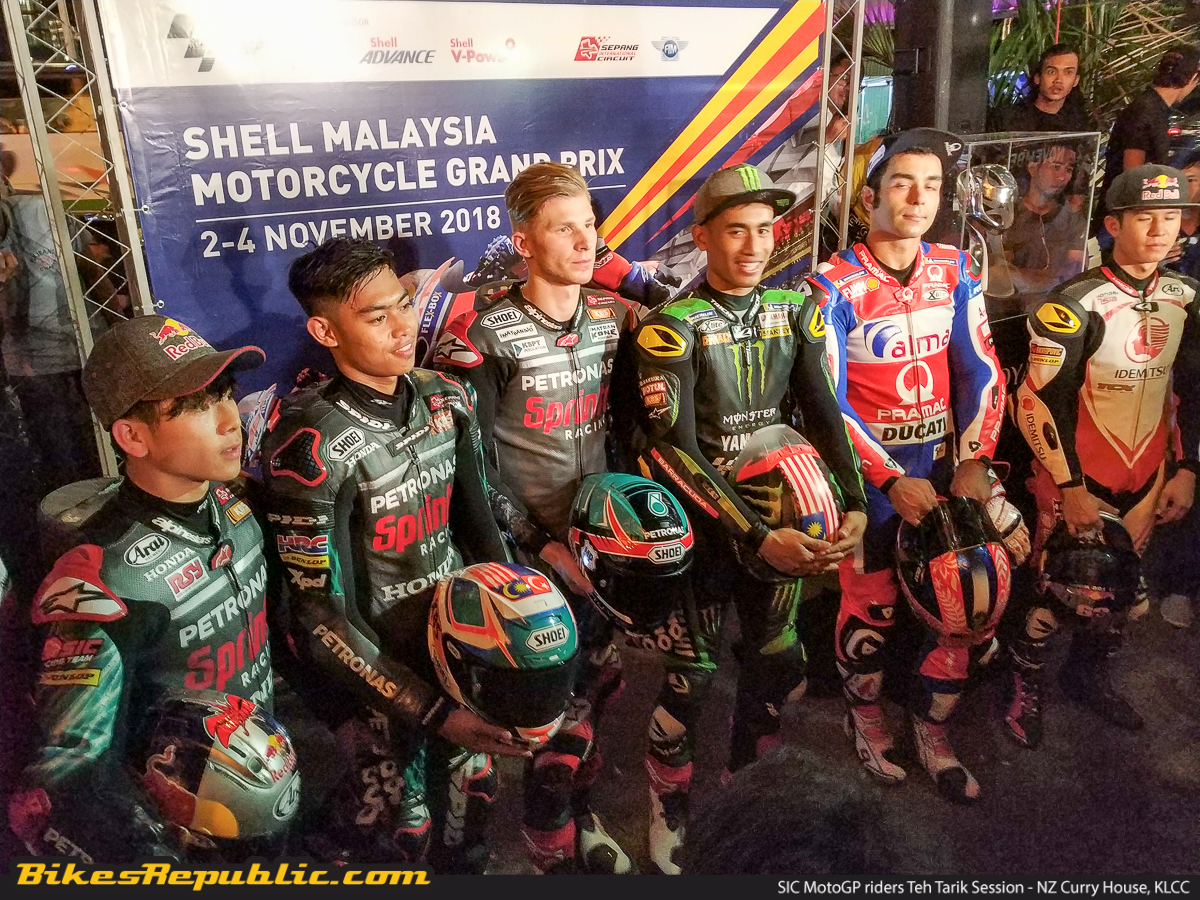 Joining this very special occasion are the riders from the Petronas Sprinta Racing squad which are Ayumu Sasaki and Adam Norrodin from Moto3, Niki Tuuli and Khairul Idham Pawi from Moto2, and of course, the Monster Yamaha Tech 3 MotoGP rider, Hafizh Syahrin. Organised at the NZ Curry House near KLCC, the riders arrived in style with their race machines ready to storm Sepang starting Friday. 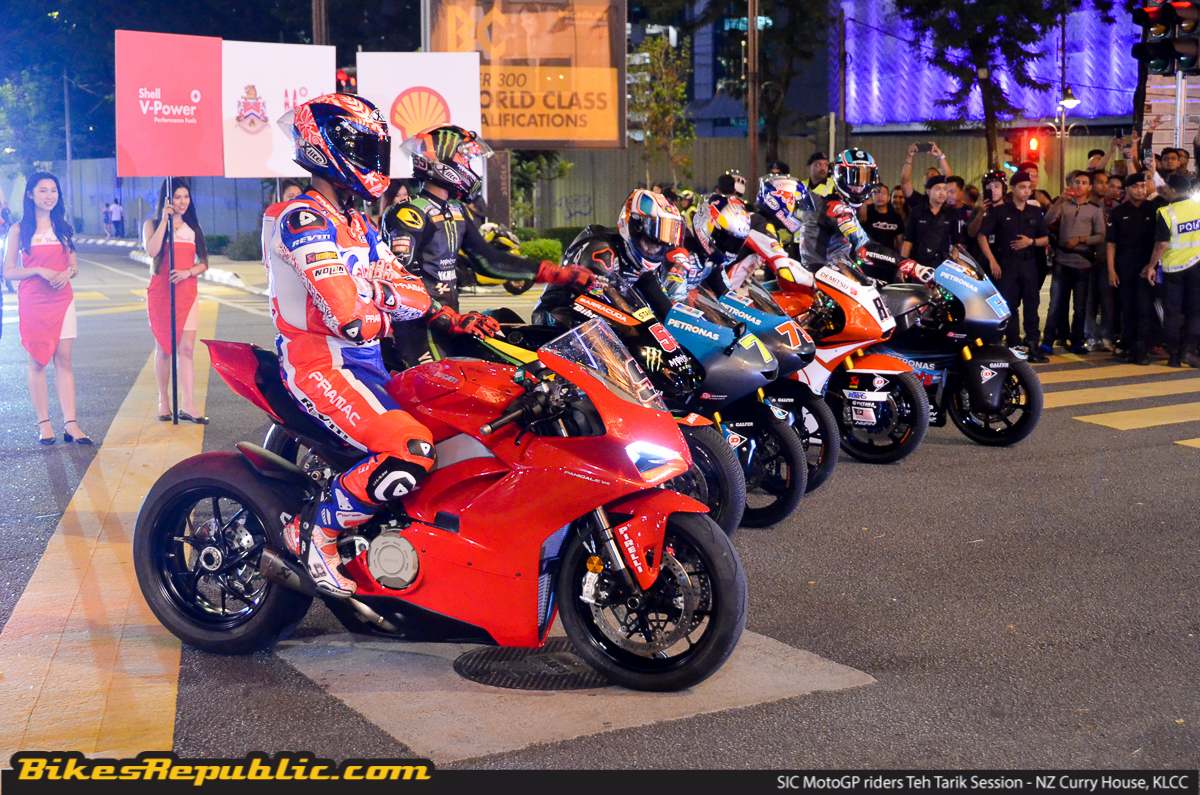 To mark this momentous event, SIC also unveiled the winners’ trophies for the Malaysian MotoGP round at the event which will be handed over to the race winners on Sunday. Shortly after that, the meet and greet session commenced to the next stage where the riders indulged their fans by signing autographs, taking selfies, and catching up with dear friends in all of the festivities. 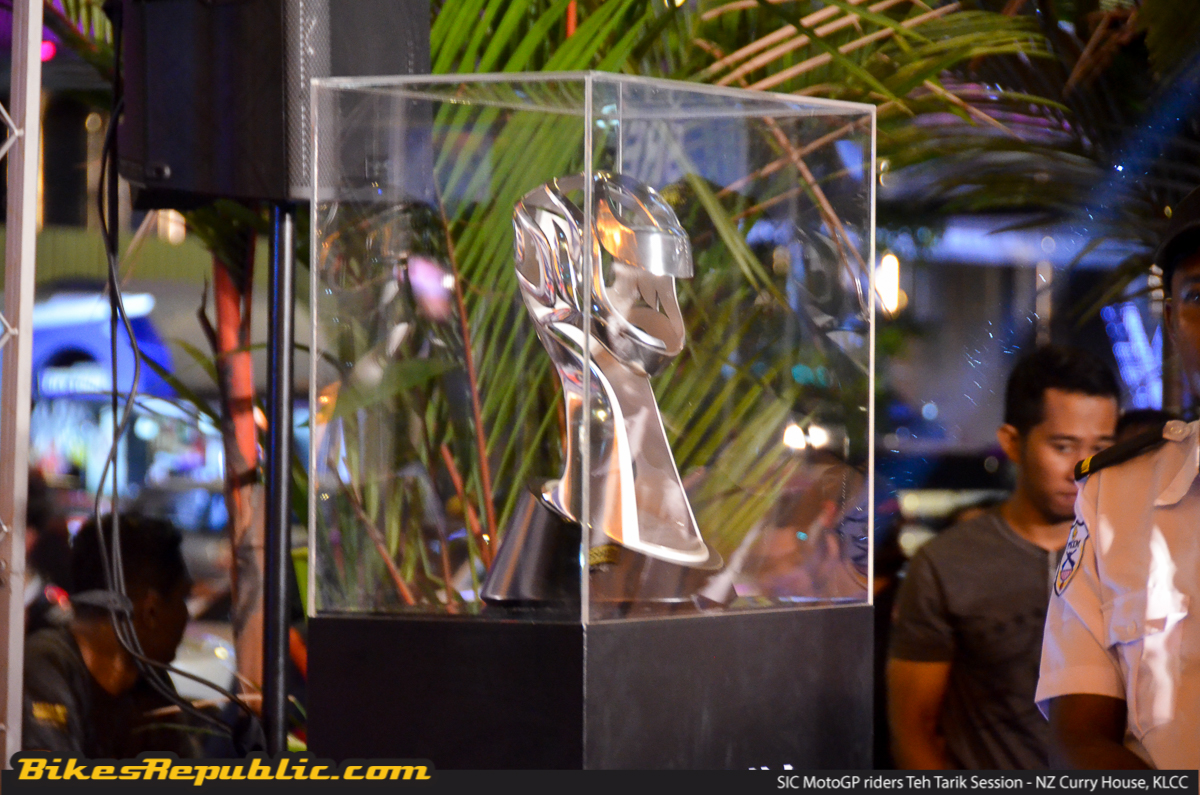 The bikes used by the riders in all three race categories were also displayed during the event which also includes the Yamaha YZR-M1 used by Hafizh Syahrin in the premier class. Hafizh Syahrin is currently in the running to become the 2018 MotoGP Rookie of the Year. The only person standing in his way is fellow Italian rider from the Marc VDS team, Franco Morbidelli. 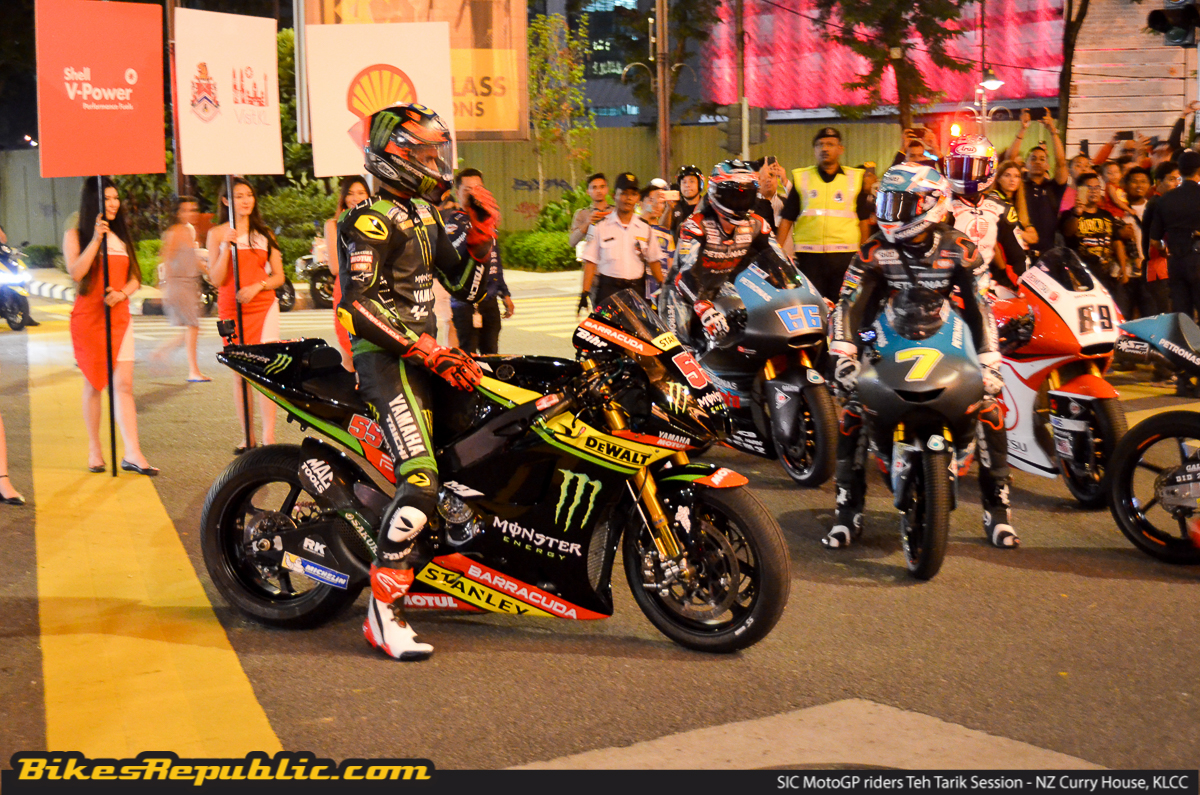 Tickets for the Malaysian MotoGP round is still available in limited stock so if you want to show your passion and support for our fellow national riders, get your tickets now! For more information, head over to www.sepangcircuit.com.

MotoGP: How is Hafizh Syahrin doing so far?