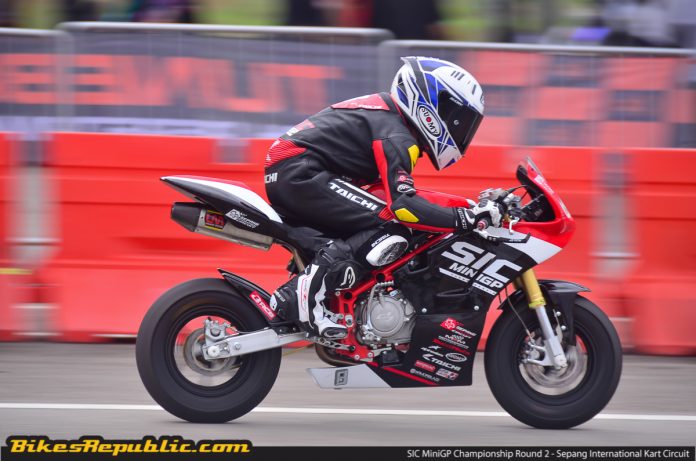 The second round of the SIC MiniGP Championship 2020 took its course yesterday at the Sepang International Kart Circuit where a number of young riding talents showcased their riding prowess. Guided under the helm of national motorsports icon, Zulfahmi Khairuddin, SIC Junior ZK Racing, and Sepang International Circuit (SIC) as a whole, we got a glimmer of the future of riding talents of Malaysia. And it is bright. 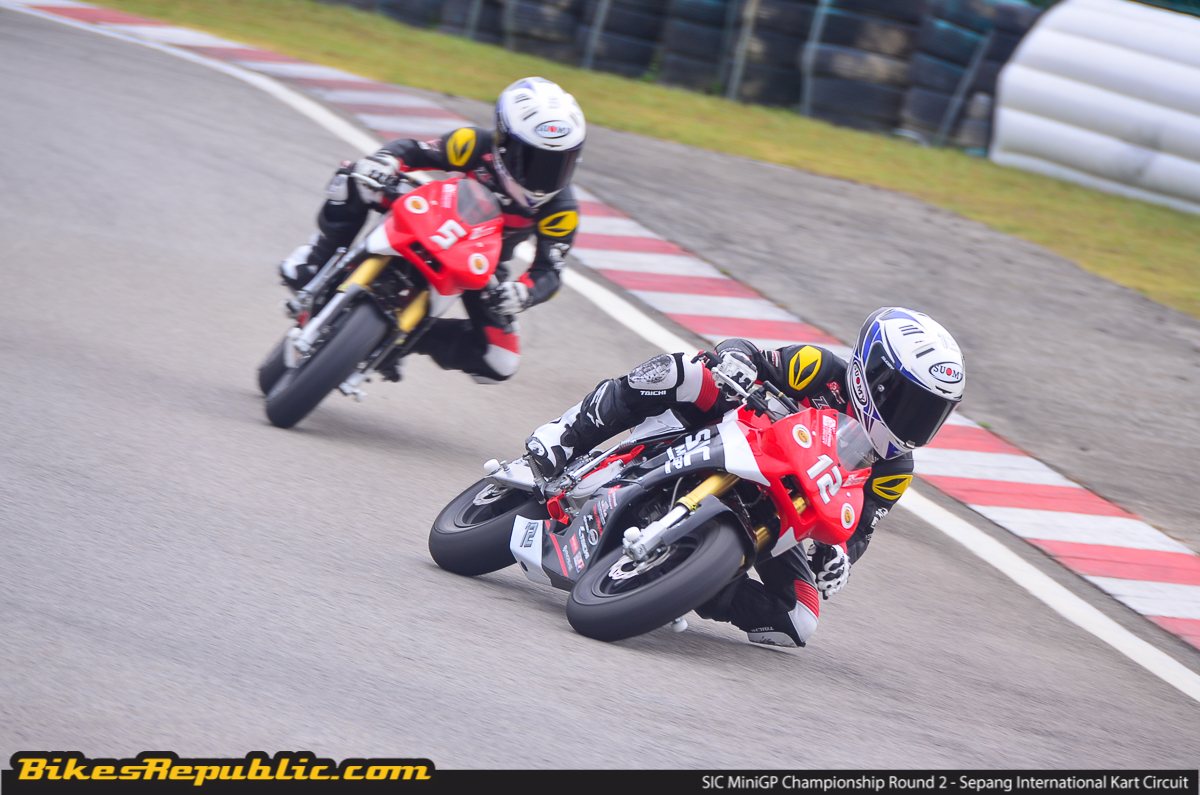 Children as young as eight years old (goes up to 13 years old) were displaying high levels of racing ability onboard BucciMoto mini race bikes. The young bloods were zooming around the circuit on 110cc machines while the bigger boys duke it out on 160cc machines. Despite their size, age, and bike capacities, they put up quite a show while throwing down fast laps and amazing manoeuvres. 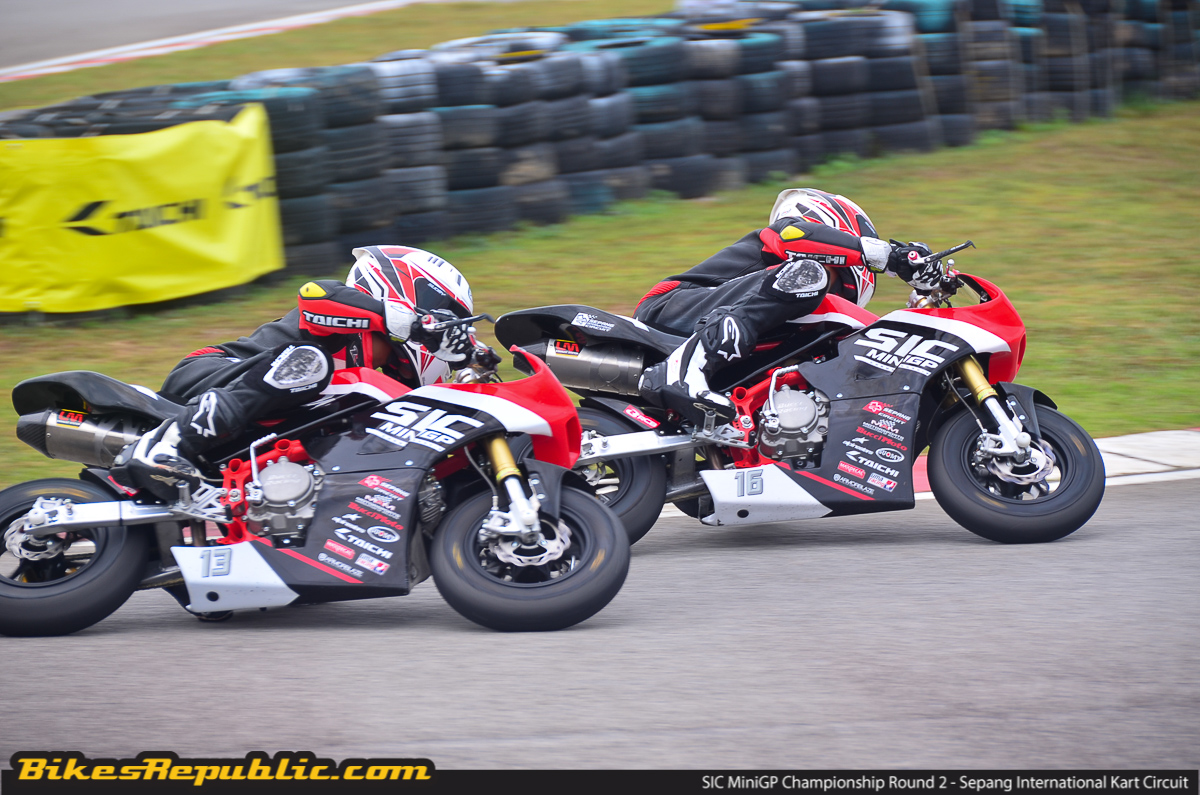 We can also see how everything was professionally conducted by the SIC MiniGP Championship crew as well as everyone involved from the SIC Junior ZK Racing outfit. Mechanics ensured that every bike was in tip-top shape each time before heading out, while the rest took care of the riders, from ZK himself giving advice right down to the coach/trainer who kept all the riders replenished after each round. 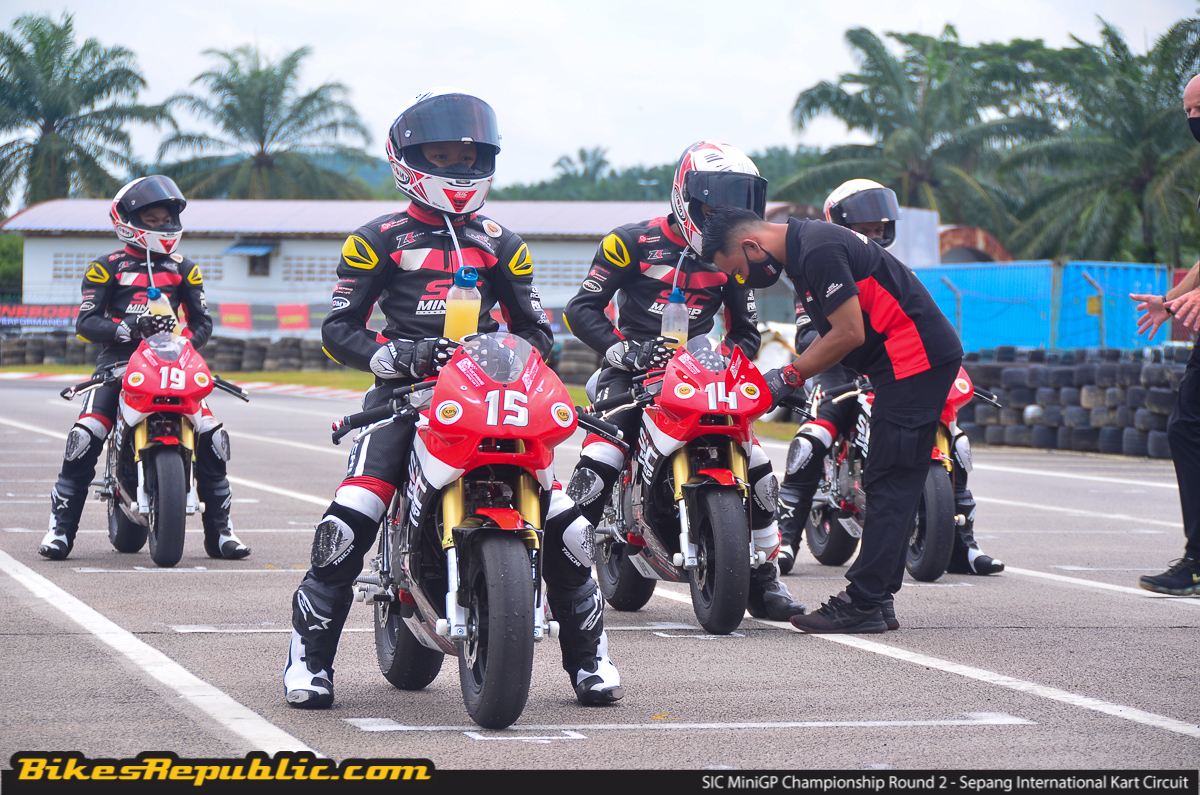 It was clear that these boys significantly improved from the first round, especially the 110cc group. The 160cc group did not disappoint as the races were filled with thrills and spills throughout. We were simply in awe watching them navigate through the circuit with 55-second lap times but more amazingly, the way they ride. These boys definitely have killer riding instincts. 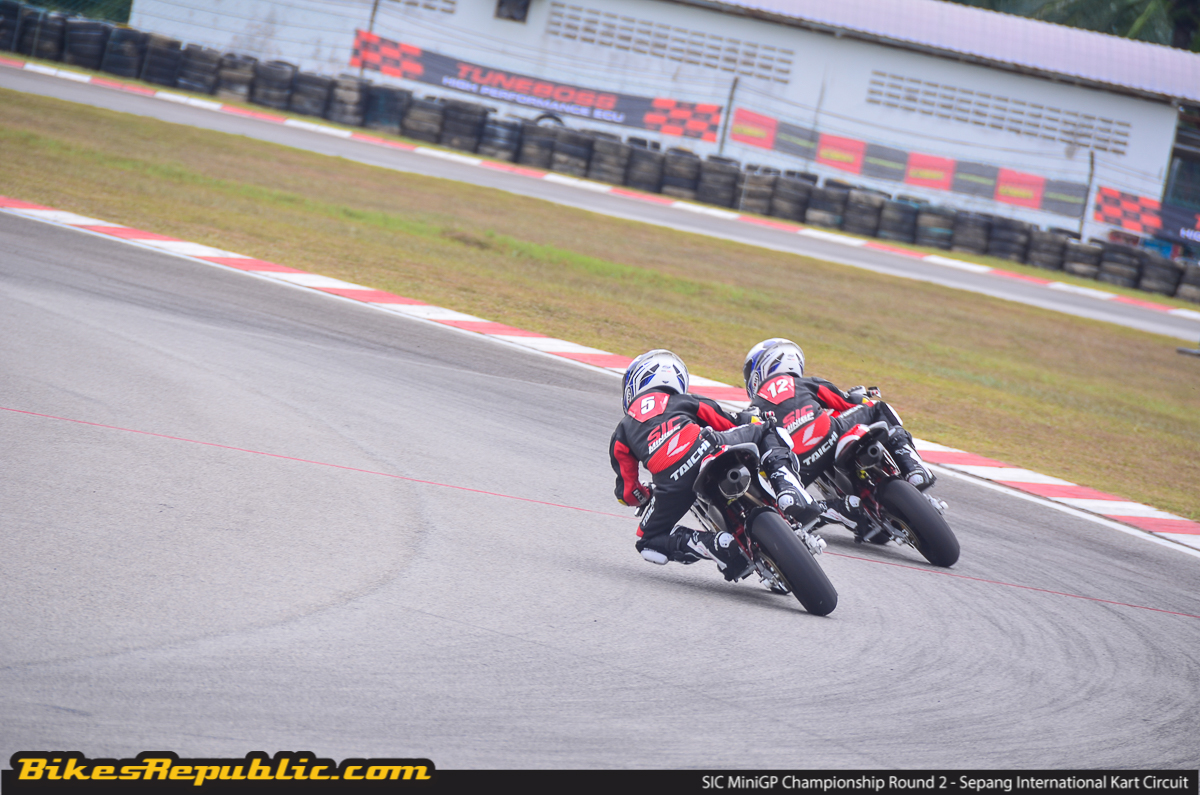 If there’s one word that can sum up the entire SIC MiniGP Championship, it’s professional. Every single aspect is so professionally managed to the point where all the riders have to do is focus on getting better, sharper, and faster. We won’t be surprised if one or more of these boys end up in the MotoGP paddock of the future. If we had four thumbs, all of them would be up. 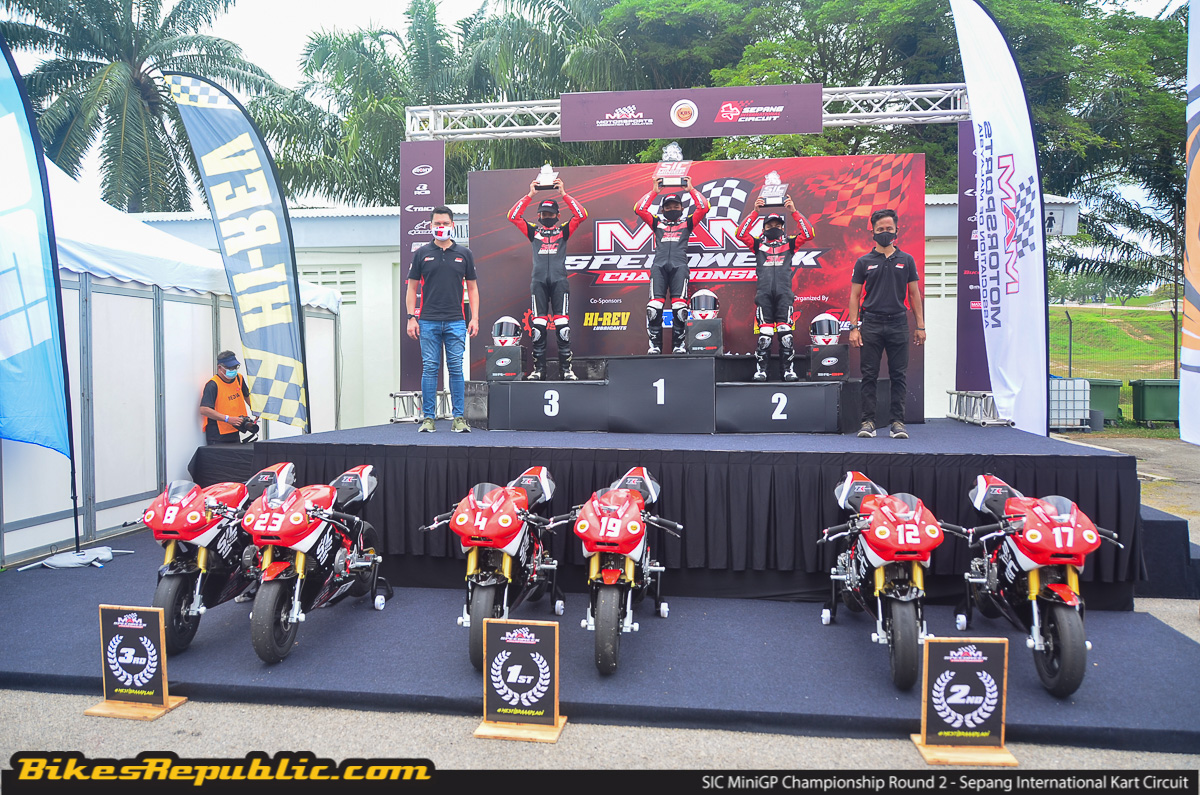 The next round of the SIC MiniGP Championship will be taking place at the same venue on 25 October 2020. If you feel like watching these young riders leg-dangle into Turn 1, wheel-to-wheel action, and perform every other racing-related ballet and be amazed at what they’re able to do on these 110cc and 160cc race bikes, block that date and make your way to the Sepang International Kart Circuit. 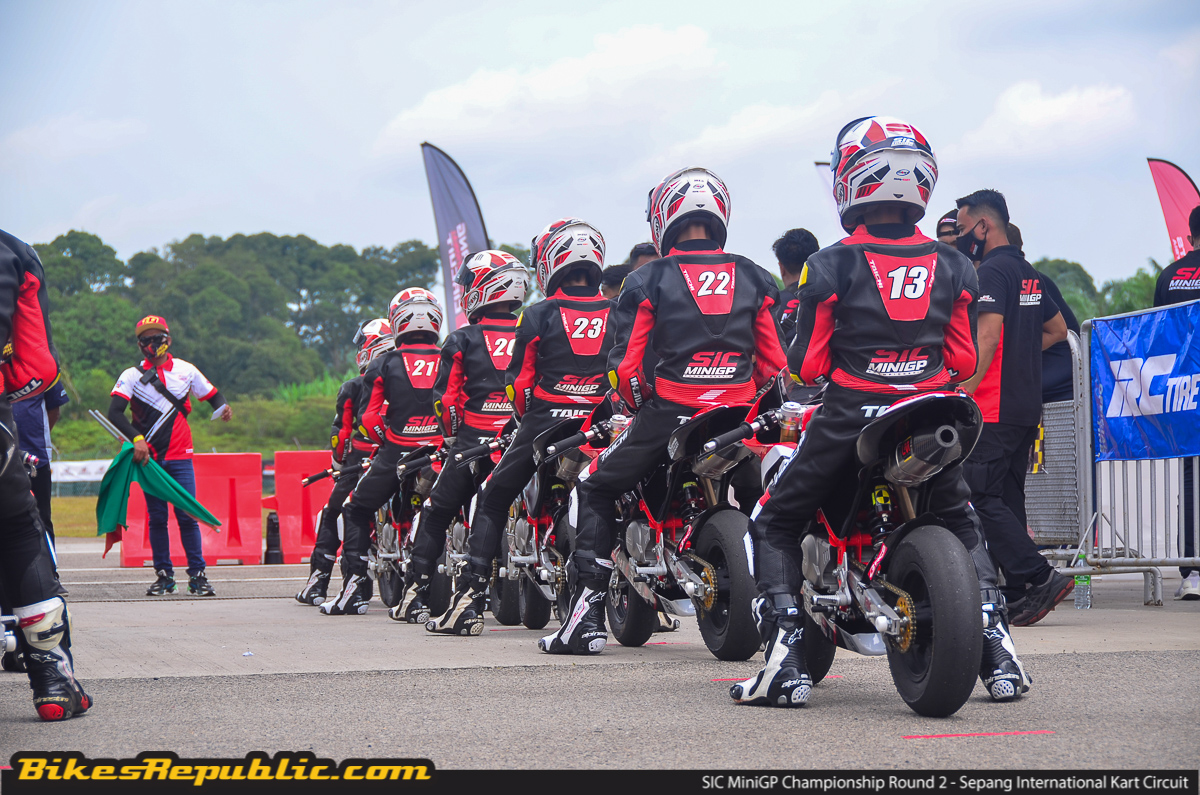